I’ve recently started working on a small project to carry over the audio tracks and a few corrections from the Blu-ray to the HD remastered DVD from 2007, which I prefer over the overly-processed Blu-ray.

Watching the Blu-ray remaster of the original camera negative is a frustrating experience: there is an appreciable resolution boost, but at the same time the image suffers under the questionable approach to remastering. As Kentai puts it:*

I’m not going to lie; I haven’t seen the master print they used for DYRL, nor have I seen whatever HDCAM-SR master the Blu-ray was pulled from. That said, I’m DAMN sure that a cartoon from 1984 was animated on some form of film stock, most likely 35mm in this case, and while the DVD has a pretty stable and natural looking level of grain, the Blu-ray just… doesn’t. The grain looks like it just barely creeps in around the edges of moving objects and darker areas of the screen, which just isn’t how celluloid crystals work. There should always be some level of visible grain on 4-perf 35mm, and the moment you see areas literally devoid of grain, you have every reason to be suspicious.

Oh god, I think I just threw up a little! So, the BD master clearly pushed the contrast and chroma saturation harder than its DVD equivalent, and doing that can enhance the original grain into the harsh shit you see above. Add some temporal filtering on top that’s designed to keep SOME frequencies of noise which may or may not be outlines - you know, hard contrasty bits - and the results… look like shit.

Shockingly enough, this image was shown to establish that - in many ways - the Blu-ray IS actually an improvement over the DVD… but even here, the upgrade isn’t exactly night and day. The enhanced resolution has made the lines all the more detailed and the boosted contrast does help them stand out a bit against the oft-muted midtones of the DVD, but even at the best of times, the DYRL Blu-ray appears to be something of a modest upgrade… a shame, that. I really wanted this to be something I’d be so wowed by that I’d still spend a small fortune to have it on my shelf, but if the best it can muster is “somewhat better” than the uncut DVD, then forget it.

* The comments were regarding the cut 2012 Blu-ray. The uncut 2016 Blu-ray has additional DNR and color correction that made the noise less visible (it is still noisy) and some blurry shots even blurrier.

The 2007 DVD, which used an HD remaster of the interpositive, provides a much more pleasant and consistent “film-like” image, but it is not perfect because of DVD’s inherent limitations, windowboxing, the occasional overexposure and whatnot. Still, these are in my opinion minor problems that pale in in comparison to the big issues of the Blu-ray.

Picture quality issues aside, the Blu-ray does actually have a few perks over the DVD: the Boddole Zer fortress destruction editing mistake is not present (more on that later), there are a few welcome corrections (in addition to previous DVD corrections), lossless presentations of the original mono and Dolby Surround tracks, and there’s a new 5.1 remix.

Not all of the Blu-ray corrections are good however: 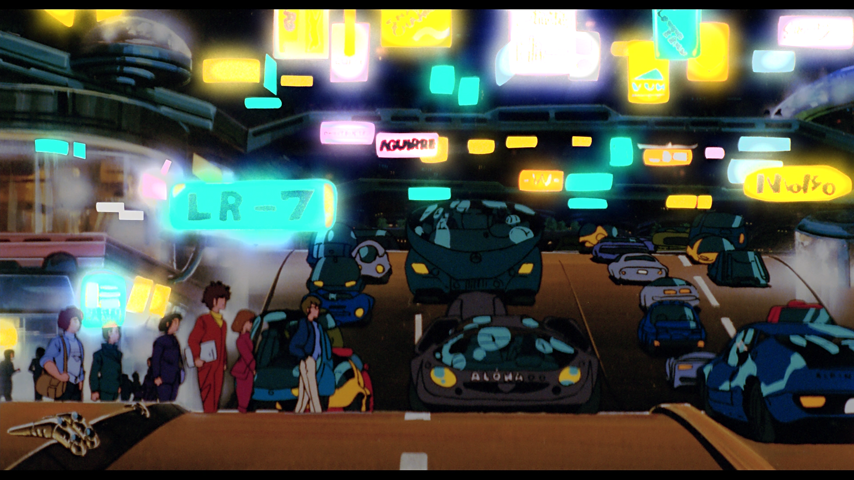 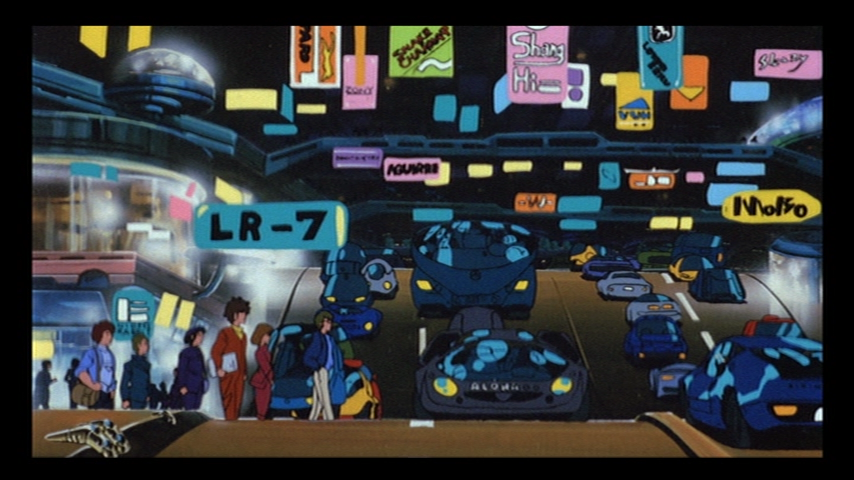 I was thinking: wouldn’t it be nice if there was a best of both worlds type of edition that combines the film-like image of the DVD with the good corrections and lossless audio from the Blu-ray? That’s what I set out to do with the “ProtoDeculture Edition”

It should be stressed however that I’m not fixing every problem: if something was not fixed in the Blu-ray, then it probably won’t be fixed here.

The ProtoDeculture Edition is for the most part going to be an MKV remux with the 2016 Blu-ray audio, plus the Toho dub as an added bonus. Most of the video is therefore not re-encoded. Only the edited shots are re-encoded to MPEG2 in HCenc and spliced back into the video. Quality loss is kept at a minimum that way.

While the ProtoDeculture Edition will be in an MKV container, I am aiming for a DVD compliant MPEG2 stream, so that it can be remuxed to DVD with 1 or 2 AC3 tracks if one desires.

Much of the work has already been done, but it is still a work in progress. It should probably be done in June or July.

Below are the video edits that I’ve done so far. I’m still on the lookout for other shots to edit.

Inserted the earring shine effect in the concert scene The earring shine effect was present in the trailer, but could not be used in the film because of animation corrections. This wasn’t fixed until the Blu-ray release, which is where I extracted the effect from.

Five frames of a preceding cut were repeated in the HD remastered DVD and several international home video releases. The frame order was fixed using the Blu-ray as a reference. 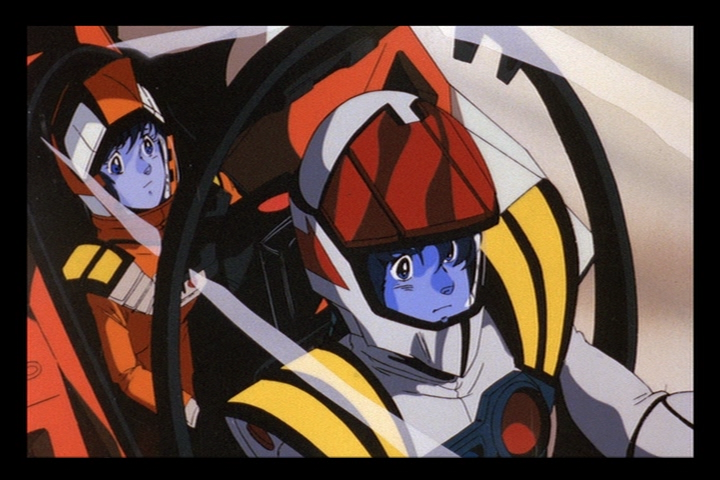 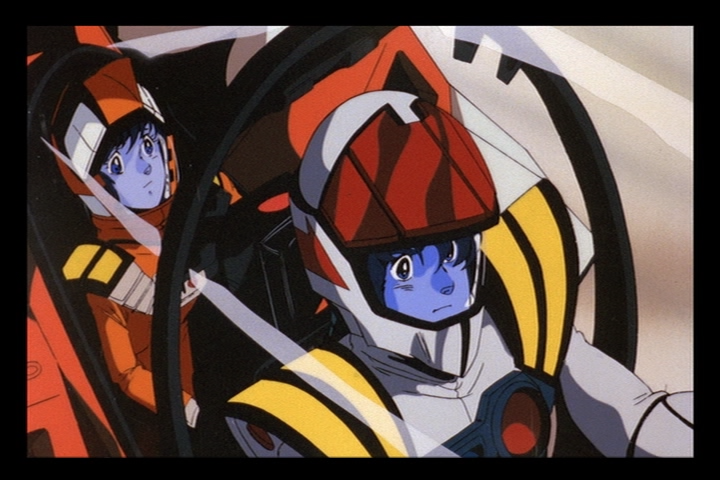 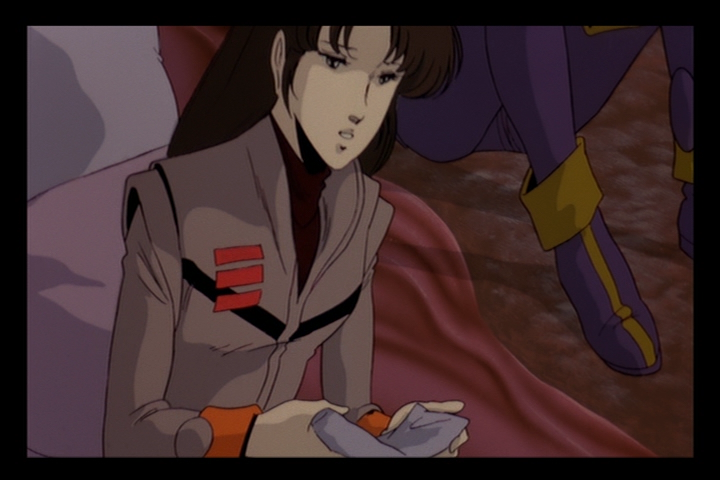 Fixed a single frame with combing(?) artifacts (Seems to be only in the DVD) 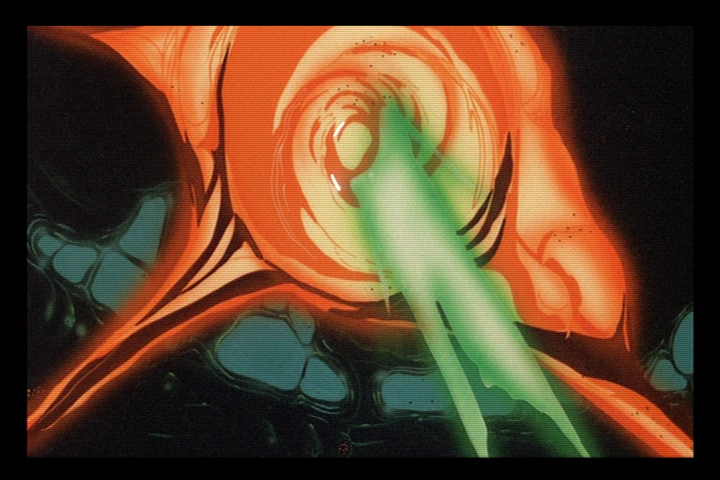 I’m not a fan of the Flash Back 2012 footage in the Perfect Edition end credits.

The following tracks have been synced:

* Edited without re-encoding, but they are ever so sliiiiiiightly out of sync as a result of the DTS and AC3 frame length. 5.1 is out of sync by about 4ms in the second half, commentary track by about 14ms in second half.

** The audio keeps speeding up/slowing down during the final battle, enough to cause problems after a while, but some adjustments have been made to lessen the negative effects. I don’t know if it’s a source or capture issue.

I’m also going to include the alternate version of the Toho dub, the one where among other things ‘Cinderella’ was replaced with a bad English cover of ‘Do You Remember Love?’. This will be sourced from the Dutch subtitled Kiseki Films VHS, unless the quality is worse than the existing rips.

I will be including pre-existing English subtitles in VOBSUB and SSA format. I still need to check for issues in the VOBSUB and retime and possibly restyle the SSA subtitles.

Thanks for the kind words. Will do. I have a few plans that I will post in the weekend. 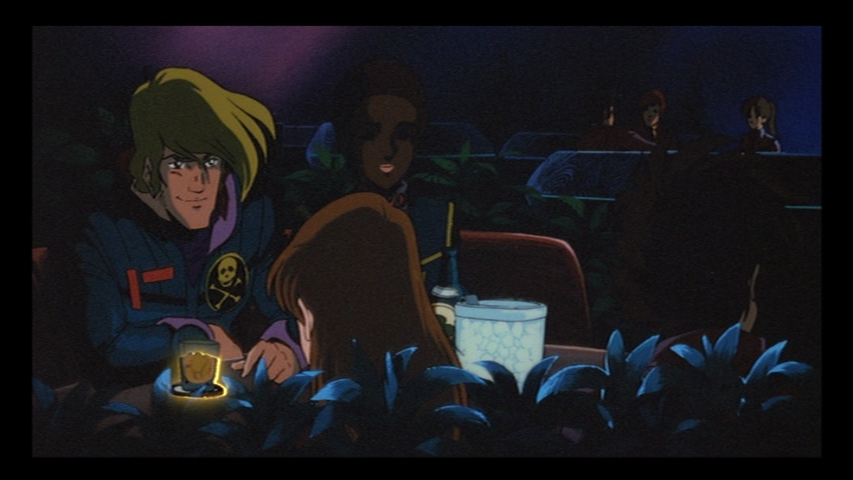 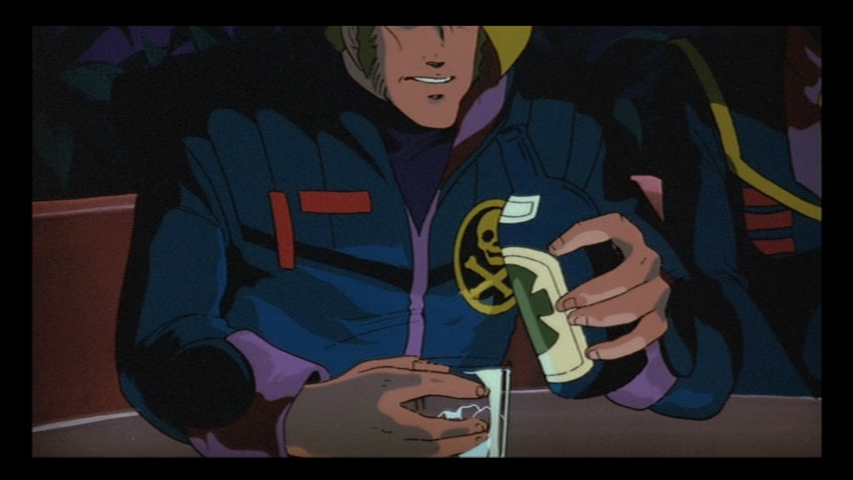 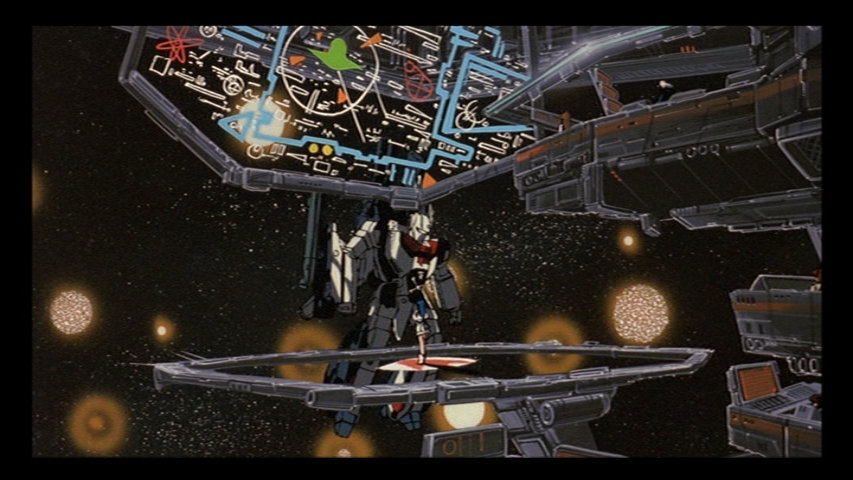 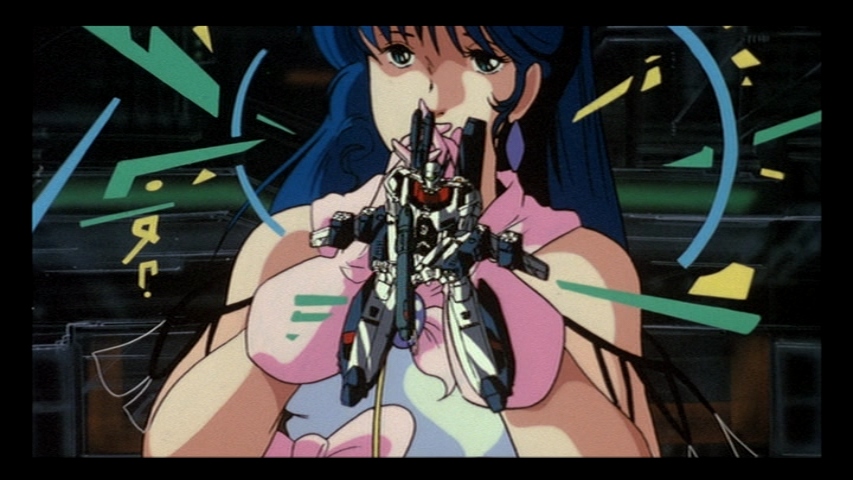 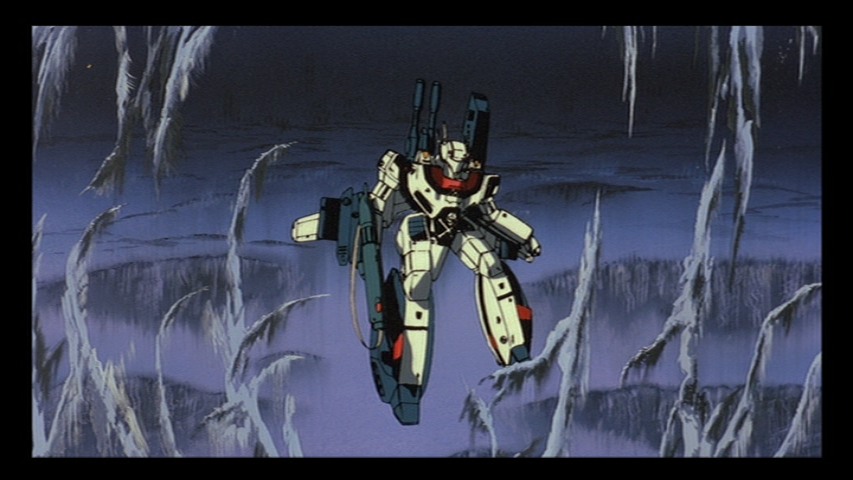 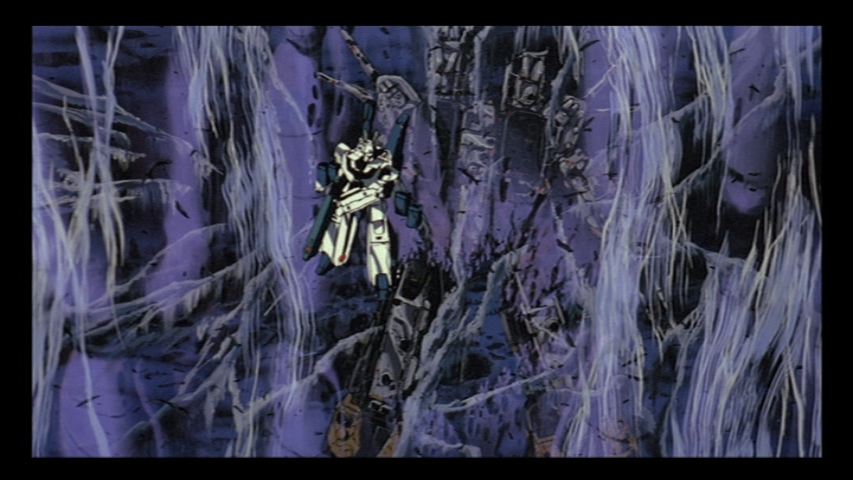 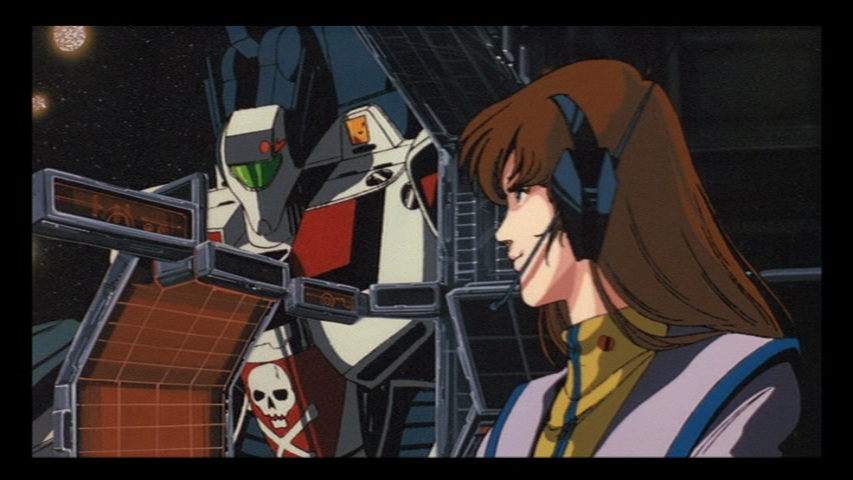 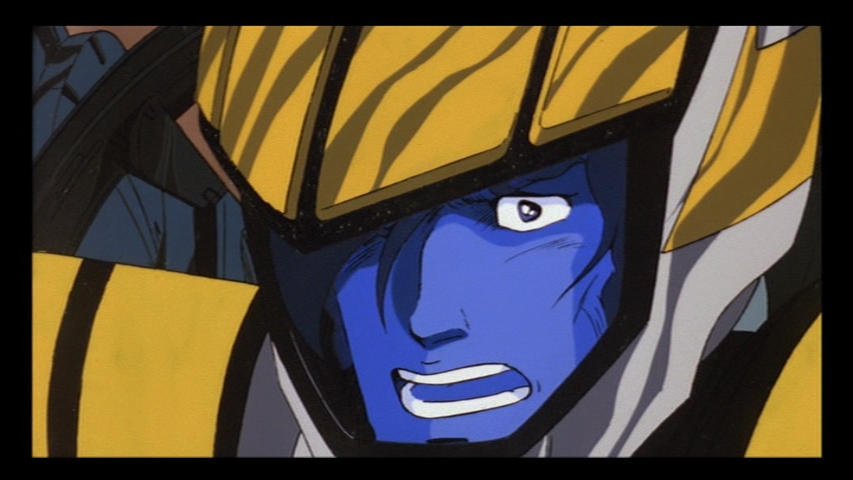 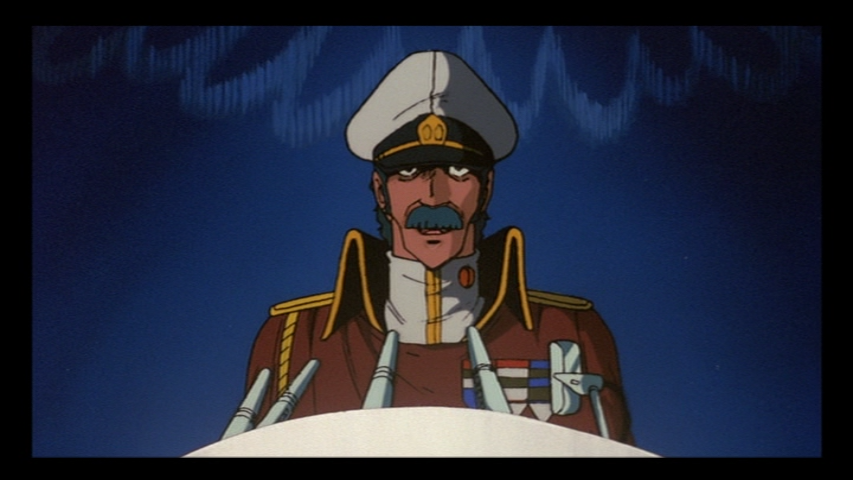 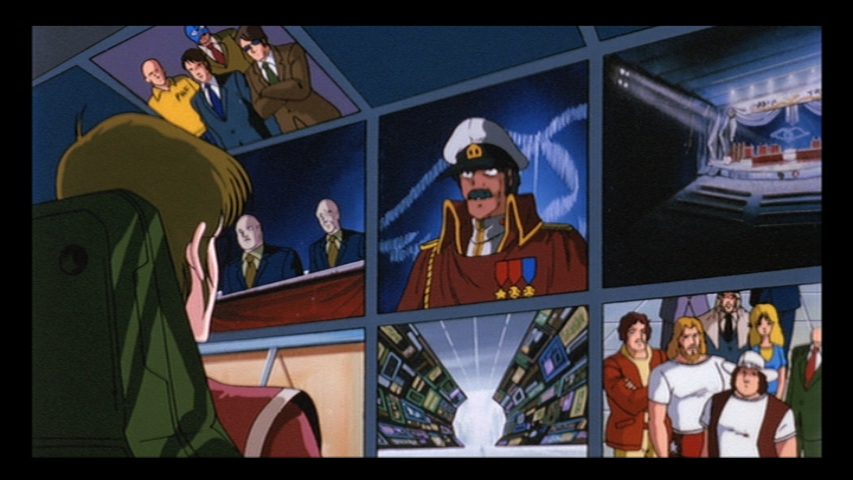 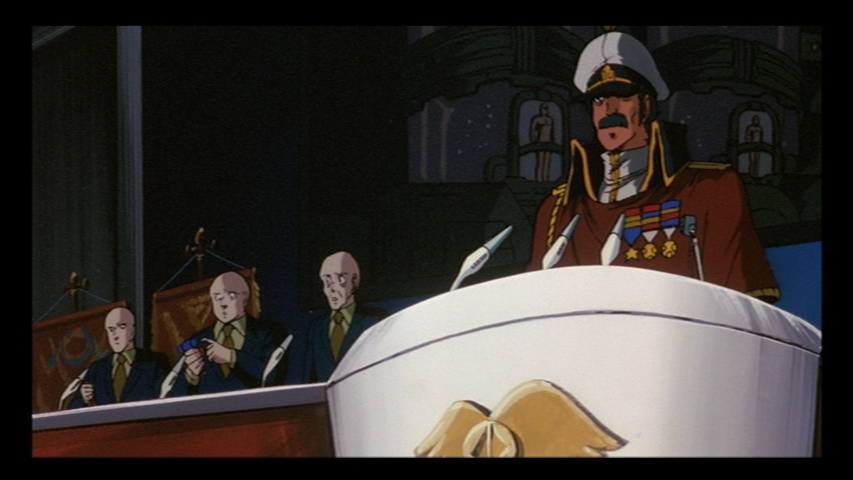 I’ve started work on the Roy Focker shot last week after a hiatus of several weeks. The shot has a length of 326 frames and so far I have done 237 frames. Some stabilization in Resolve and the stripes were painted in GIMP. Grain will be added to the shot and framing needs to be adjusted because of the stabilization.

I also received the UK Kiseki Films VHS. Seems to be in good condition and should therefore be a good source for removing the Japanese Zentradi subtitles. Still need to send it out for capturing. I was planning on sending it out last week, but it will have to wait because I want to ship it with other tapes that I still need to select (some stuff that I also intend to share on the spleen).

The aspect ratio in the Roy Focker shot will be adjusted so that it matches with the rest of the film.

Work is still being done on this, but at a slower pace now. I expect the first version to be finished by the end of the year.

I wasn’t happy with the Focker shot, so I started over. It’s still not finished because I was procrastinating, but about 50 frames remain now.

Tapes have not been send yet, but thanks to someone I now have an ISO of the Swedish DVD which doesn’t have the Japanese Zentradi subtitles. With some clean up and regrading, it seems like it could be a decent source to “un-subtitle” the film. Version without subtitles is something that I’ll hope to finish next year. 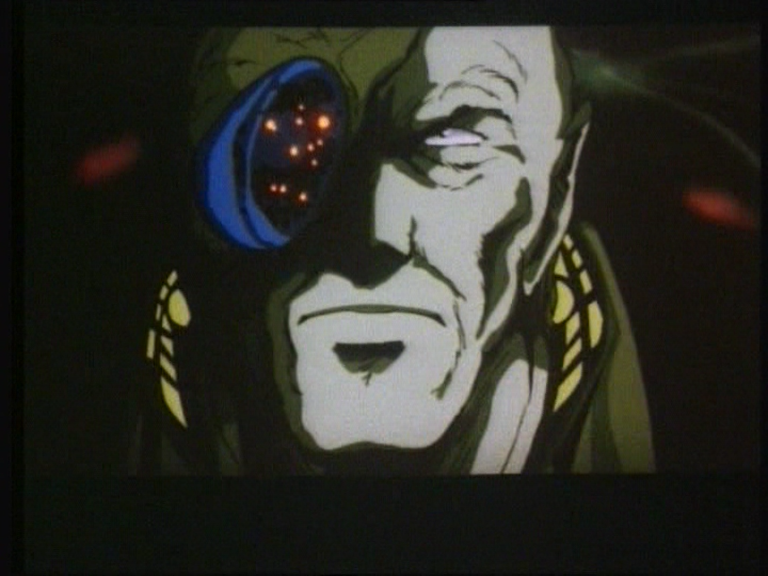 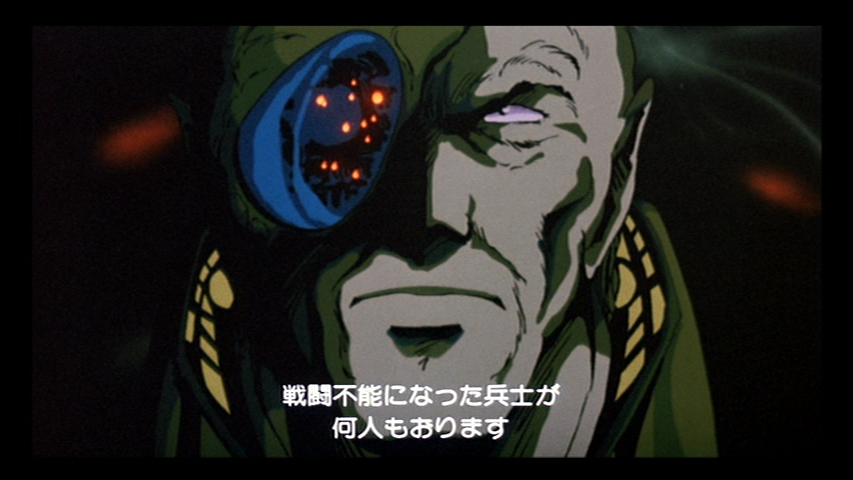 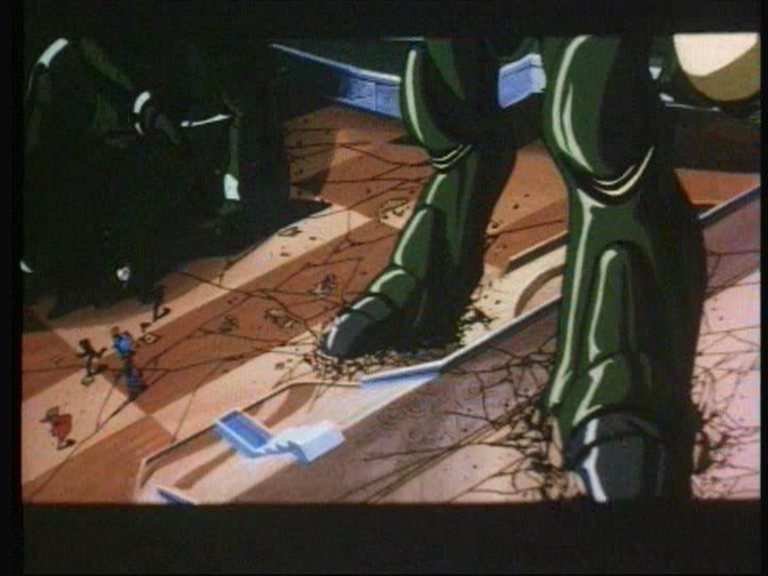 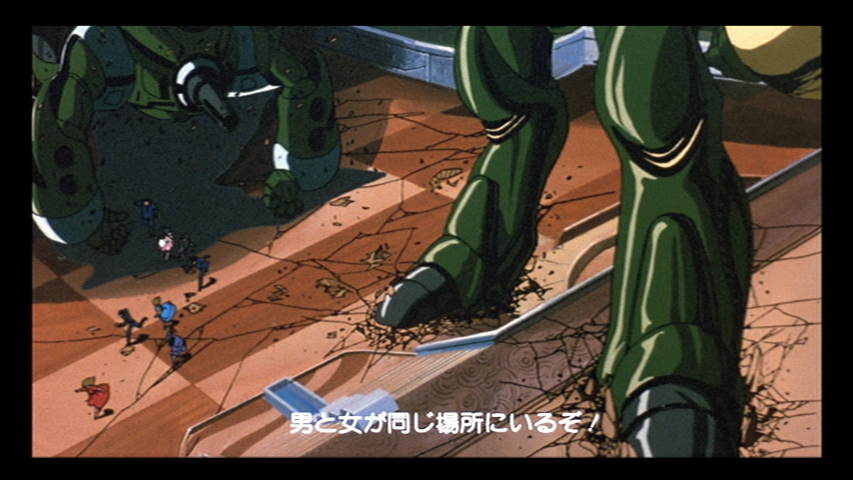 I’ve synced the Swedish dub to the DVD and BD. The source is pretty good, PCM 2.0 16-bit. I’ve patched in a few bits from the Cantonese re-dub and Mandarin dub, most noteably the scene in which Hikaru reports to Delta-1 after destroying Boddole Zer’s fortress. That scene is missing in the Swedish dub, so I used the Mandarin audio and removed the voices.

Looks good so far. Great that you found video sources that don’t have the Japanese burnt in subtitles.

I just purchased the DYRL blu ray from Japan and was disappointed with how many scenes were out of focus. Maybe it’s more irritating on a larger TV. Has anyone considered using software like focusmagic (https://www.focusmagic.com) to correct the focus on those frames? I’m asking as someone completely ignorant of what would be involved to correct frame by frame. But the focusmagic software seems interesting and it might be worth doing a proof of concept to see if it produces a noticeable improvement and if the manual work involved is worth it.