Poita has found a faded original 1980 release print. Besides my obsession with the film, I thought it might be useful for the original mono soundtrack, and seeing the full aperture of the film.

I’ve read an account in a Kubrick fan group from someone who saw a 35mm screening that was unmatted. Besides the infamous helicopter shadow, microphones and other film gear can be allegedly seen. More stuff for the conspiracy theory crowd to chew on. 😉

The asking price is $280 plus shipping. (The seller is in the U.S.) Anyone interested in helping out in getting this? The only thing holding me back at the moment is the latest round of home improvements I need to pay for this summer.

I seriously doubt the legendary lost ending is there, but I can dream!

I'm surely interested, being obsessed with this film myself.

Just wanted to express my interest here, as well as at AMPS. Let's do it!

I don't mean to intrude on this thread, but I just read the title and it brought me back to one of my favorite horror films of all time from "back in the day", a "classic" if you will.  If a 35mm print of Fright Night Part II from 1988 became available or if you happen to come across it or know where one is located, who would be interested in teaming up/donating towards securing that print?  Count me in as a big spender if that ever becomes available.  I realize there's a fan-made blu-ray, a few of them actually, sourced from the HDTV file, but I would like a frame by frame personally cleaned up print in all its high definition glory without the compression artifacts present in the MPEG-2 HDTV file.  Just a thought/my 2-cents.  Thoughts?

I can donate!! Obsessed with the film.

Working on selling some stuff so I can put up the majority of the cash on this.

I take it it's on hold then?

The financial picture will be a lot clearer by this evening. Stay frosty...

Maybe that was a poor choice of words...

What ever became of this print???

We have a reservation at the Overlook now, just waiting for them to call us back.

Thanks for your hard work on this. If there's any help required just shout out

Poita deserves the credit for keeping an eye out for this.

While we await word from the caretaker, (hopefully by next week) this little item showed up on my doorstep today...

Can't wait to devour read it!

Just waiting to hear back from the current print owner.

Heard back this morning, it is a lock, we just need to cough up the cash :)

It will be interesting to see if there are any differences. 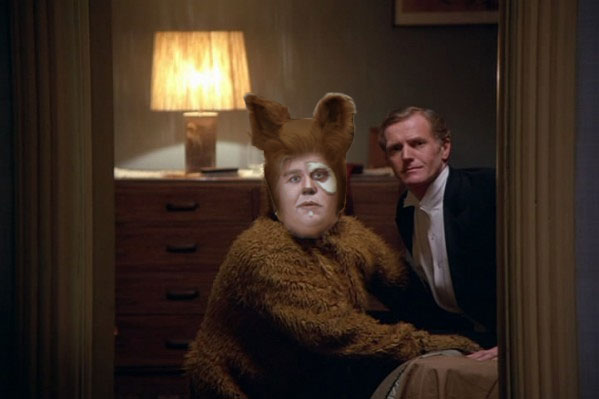 It will be a while before scanning can take place, there is quite a backlog at the moment, but will report in once the print arrives.

News coming very soon from the wook of silver.

Has there been any news on this?

Dope! Anyone know if it's the US or International cut?

Poita and his crew have a very full plate, so I would expect things to be quiet for a while.

It's safe to say it's the longer U.S. version. I know the doctor scene is present.