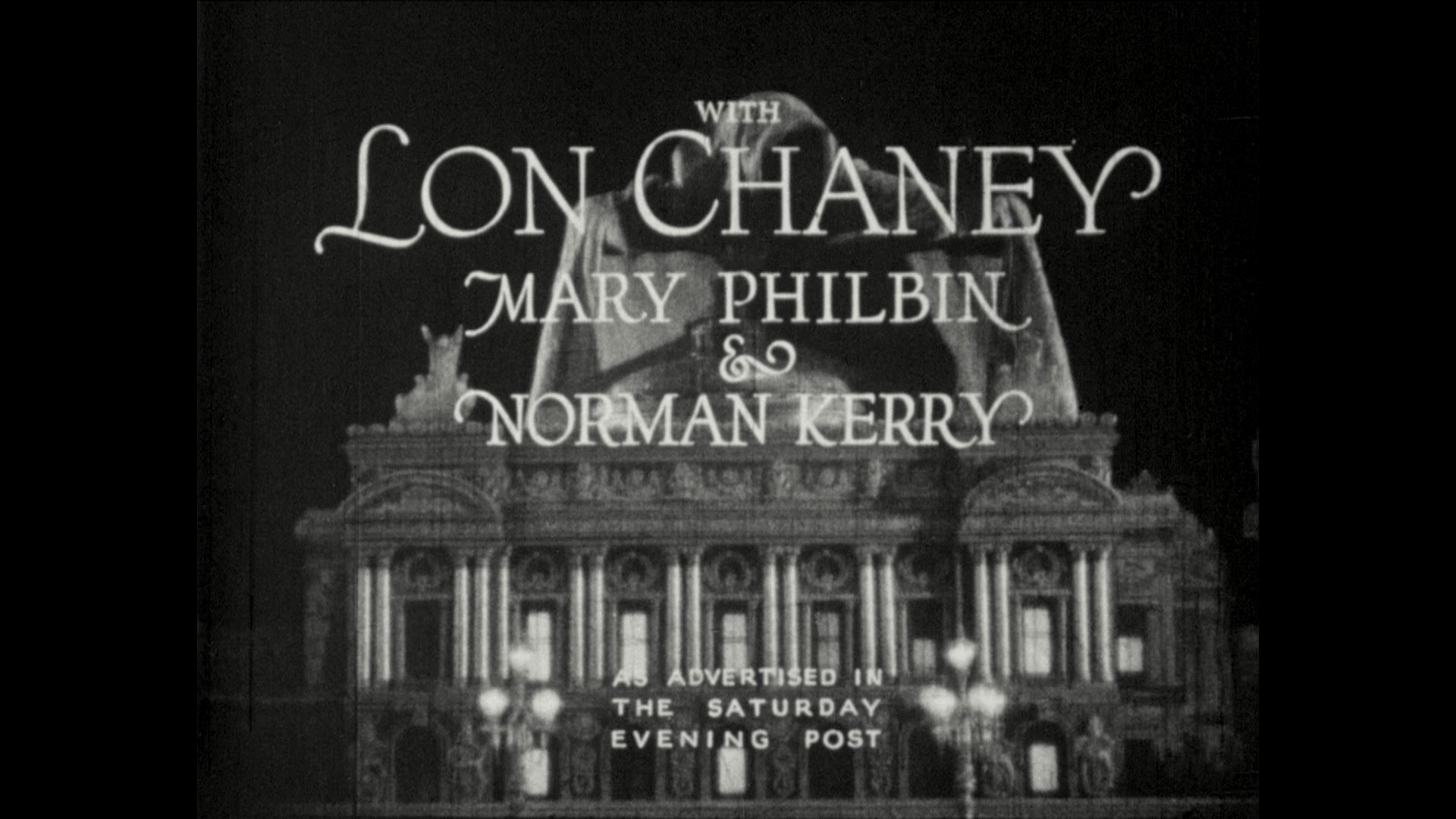 The original 1925 version of the Phantom of the Opera only survives as a spliced together dupe of 16mm prints in fairly low quality. The higher quality surviving 35mm print is of a version prepared alongside the sound re-release of Phantom. It is edited with different continuity than the 1925 version, cutting and rearranging scenes, as well as replacing footage with shots from the sound version. In addition, the 35mm material comes from the b-negative camera, using different angles and takes from the primary camera. Because of its higher quality, it has been the preferred version for restorations, even though it is much shorter than the 1925 version. An in depth exploration of the various versions exists here: http://nerdlypleasures.blogspot.com/2013/12/versions-and-sources-of-phantom-of-opera.html

This is an attempt to reconstruct the 1925 edit of the film using the higher quality 35mm material. The scenes present in the 1929 version use 35mm footage, while all the material exclusive to the 1925 version comes from the 16mm print.

Sound:
I have used Ben Model’s excellent organ score for the 1925 version. (As heard on reelclassicdvd’s DVD). To sync this edit to a preexisting score, I adjusted the speed of the footage throughout the film, generally keeping it within 16-24 frames a second, with the majority of the footage presented at around 20fps. The final file is a 60fps 1080p MKV (not blu ray compatible) with the real framerate being variable. When further edits were required to keep the sound and picture in sync, I made (hopefully unobtrusive) edits to the soundtrack.

The Technicolor sequence in the middle of the film uses Gaylord Carter’s organ score. Reelclassicdvd’s DVD used the BFI/Channel 4 version of the Technicolor bal masque sequence, which runs at a very slow speed (around 13 fps). This is a more natural level of motion, as the Technicolor camera had to be cranked very slow to get enough light, but it is not very period-accurate, looks bad and slows the pace of the scene. I have this sequence running at around 20fps, using a slowed down version of Gaylord Carter’s organ score taken from the Kino/Image bluray.

Picture:
As the various home media releases of Phantom have differing levels of quality, this edit uses the Kino, Image, and BFI blu-rays for the 1929 footage, with the 16mm footage coming from the HD transfer on the BFI bluray (including the title cards).

Pm me for a copy. Also on Myspleen.

Here’s a look at some of what I did for this version of Phantom:
Work done on 1929 footage:

Opening Titles: While the complete original titles are lost (the 16mm print splices in a copy of the 1929 titles), sections survive in the trailers, and I used these snippets to reconstruct a section of the titles. The director’s credit comes from the 1929 version.

Bal masque sequence: The BFI bluray uses a copy taken from the earlier Channel 4 restoration, with poor detail and colors. The Kino Bluray and 24fps Image bluray has frame blending from an incorrect frame rate conversion. I took the interlaced 20fps Image bluray and deinterlaced it, eliminating as many blended field frames as possible. The missing title card was taken from the BFI disk (which recreates it), and color corrected.

Rooftop scene: This is the only scene which I kept tinted to preserve the two tone Handschiegl technique on the Phantom’s cape. The shots of Christine and Raoul come from the BFI bluray (better detail), with color correction to fix the rather poor tinting. The shots of the Phantom come from the Kino disc (better detail than the BFI, which again uses footage from the earlier restoration).

Finale: The Kino Bluray and 24fps Image bluray again have frame blending from an incorrect frame rate conversion. The BFI bluray is tinted so strongly here as to be indiscernible. Even color correction shows that there is no detail to regain. I took the interlaced 20fps Image bluray and deinterlaced it, eliminating as many blended field frames as possible. This results in a rather soft look with lots of dirt (the interlaced master had no computer restoration done on it), but it’s the best the sequence has ever looked on home media.

General edit: It’s a fairly faithful reconstruction of the original continuity, just running at a varied framerate to accommodate the different lengths of shots in the 1929 version. There are some shots in the 16mm that I’ve rearranged for continuity reasons (they clearly were spliced in incorrectly in the 16mm dupe). There are some quick shots cut out for similar reasons. The 1929 footage is obviously different takes and angles from the 1925 footage, but for the most part you can match it up quite well. I kept one new title card from the 1929 version, as taking it out would have otherwise introduced a big jumpcut. Similarly, I made one new title card for the same reason in the first Carlotta scene.

Since the film is public domain, you could upload this preservation to Youtube legally.

The soundtrack (which represents a big part of this project) is copyrighted. I eventually will post a constant speed 20fps public domain version if anyone wants to play around with the edit or sync their own soundtrack.