I wouldn’t trust the 35mm scan as far as I could throw it. But there are a lot of clues that suggest the UHD to be closer to the 35mm than the Bluray. Neo’s office exterior shot is blue on the 35mm and blue on the UHD but Green on the bluray.

Why wouldn’t you trust the 35mm scan? I still think it’s the best reference in terms of colour with the added bonus of having that classic filmic look.

Blacks crushed, Highlights blown out, over saturated. You would never release a film print that looked like that. Im going with Pope on this one.

The first version of the scan did have overly saturated colours, I’ll give you that, but the second version corrected that problem and I don’t mind the blown out highlights and slightly crushed blacks. If anything they seem to be more a photochemical issue than a digital one. Notice that within the movie every time a light is flashed in front of the camera it looks EXACTLY like light flashes captured on film. The blu-ray and 4K remaster on the other hand have these oddly dim-looking light flashes.

If anyone could PM me a link that would be great!

Looking for this as well. Any help would be greatly appreciated!

Quotes:
2.0 was a total botch job.
Insane contrast - so much detail missing.
There are many scenes that are still too yellow.
Some scenes just look so weird that I distrust the whole thing.

…
The person who did the scan had this to say about the print:
“I think many people will be surprised that their memory of the film doesn’t match what is actually was in the cinema, it had a very blown-out, almost bleach bypass look in many scenes, with white burned out skies and a high contrast look.”

High contrast look - this don’t mean that contarst must be pumped that much to insanity?

Maybe someone can fix it…
35mm V2 is released for Christmas 2015.
I think it would be sacrilege to leave it in this shape.
And of course to leave All scratches, dirt, and other damage in. 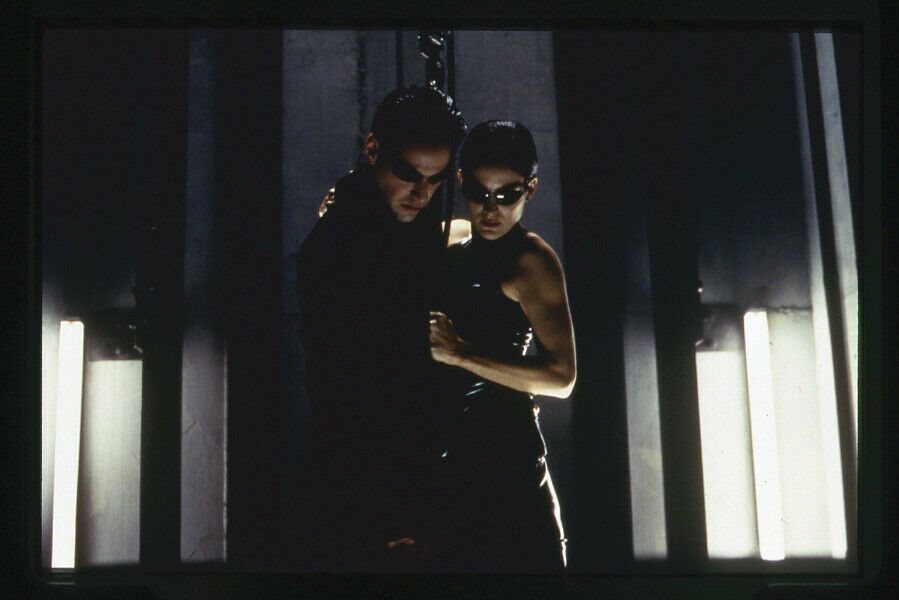 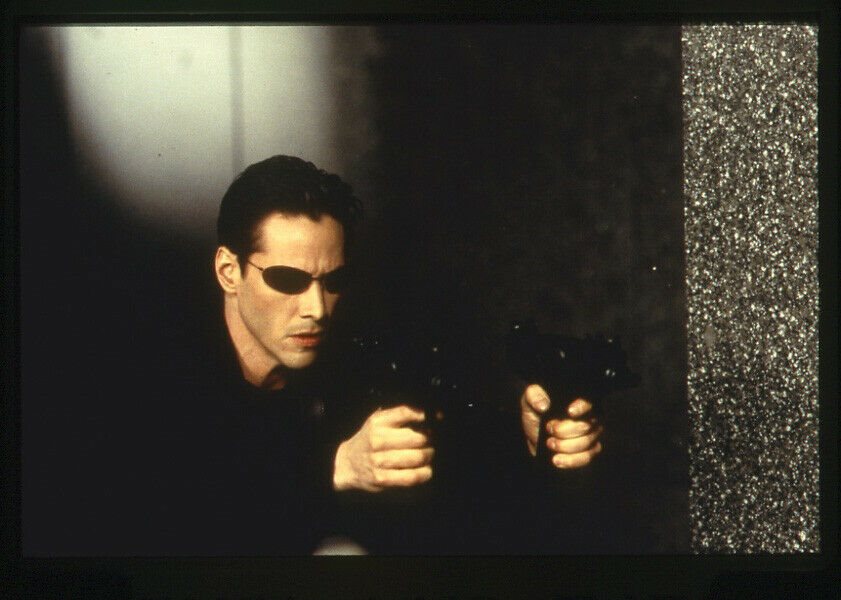 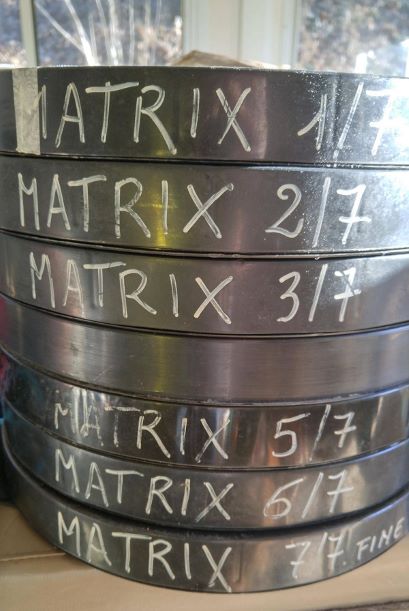 A very dear American friend of ours told us that he owns an Italian 35mm copy of the 1999 film Matrix, which is about to digitize in HD.

January 28, 2016 By Evit
Whole text is in Italian:
https://doppiaggiitalioti.com/2016/01/28/annuncio-preservazione-di-matrix-in-italiano-a-partire-da-pellicola-35mm-possibile/ 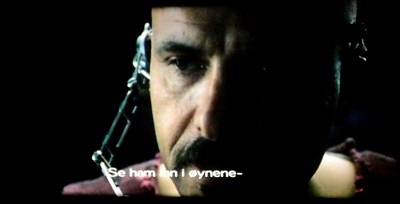 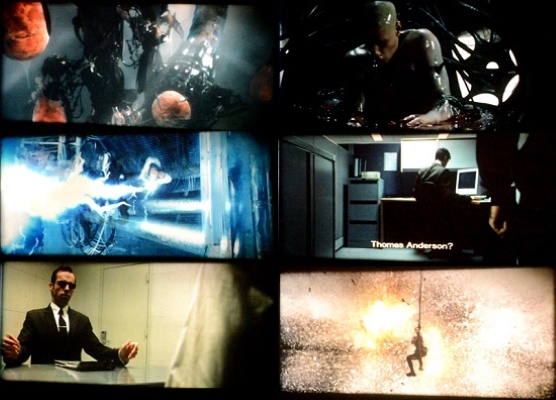 @marin888
Are you involved into this italian-project?

Isn’t the recent 4K Editions as accurate to what it actually looked like back in 1999?

Yep, the 1999 DVD/VHS was too yellow and the contrast was off; while the BD obviously added a ton of green to match the Sequels.

could i please get a link to the old 25m scan?

First of all, I would like to thank the uploaders and the individuals responsible for this scan. This is one of my favourite movies and it’s great to be able to see what it was like in theaters.

That is a comparison of some shots from 35mm, HDTV, 4K and Blu-Ray. As far as I know, these are all the official gradings of the film. Another grading by KK650 was recently published but it was done on the green filtered Blu-Ray and is still different from the rest.

Sidenote: Anyone who saw this film first on home release should check out the HDTV. It may be inaccurate, but it was a real trip for me seeing it how I first watched it.

The 4K is really a great copy, and probably the best version to watch now. However, some may be sensitive enough to its flaws to ruin the experience. It still colors the scenes artifically which is not present in the 35mm scan (if you look for greens, they are often an artificial enhanced green). Also, the blues are dialed up quite a bit in the 4K all around (see the light in the lobby elevator). Lighting and color enhancements like this still make for a different watching experience than the original (based on the 35mm scan).

Another problem with the 4K release is inconsistent grading between different shots (Ex. MS to CU).

In this example, Neo’s face has a warmer color tone in the CU and a cooler tone in the MS. It happens often, and in some scenes the background will change color tone. This is an extremely disapointing flaw and I have no idea how something so obvious could go unchecked. Some other scenes have blue on character’s faces that is artificial, and because it’s introducing a color and not enhancing it the result looks almost colored in:

There is one CU of Neo between these shots so some might not notice, but the difference is distracting to me and takes me out of the scene.

Overall the 4K has much more vibrancy than the original had and very specific color enhancements all over the place, some more noticeable than others. These negative aspects also appear in the rest of the films.

Unfortunately the 35mm scan is a little too low of quality IMO and it’s somewhat misleading to give the impression that this is what was seen in a theater. When you project through these slides the image on your theater screen will be much different from this video file. Some scenes (like morpheus in Neo’s room, second link) are so extreme color wise that I can’t believe it was the original intention. I will say it’s a nice reference to gauge overall color balance and exposure of the original showing. We really wouldn’t be able to tell how modified the 4K really was without it.

Since the 4K seems to be the closest to the original, maybe it could serve as a reference to grade this 35mm scan. I think the 4K is a little too specific with its modifications to regrade properly, but who knows.

PS I’m not playing the 4K remaster on an HDR screen, so if someone notices their experience is different to what I’ve described please let me know.

one interesting thing I noticed was the green was dialed back on the remastered 1080p disk, unfortunately has a poor encode

one interesting thing I noticed was the green was dialed back on the remastered 1080p disk, unfortunately has a poor encode

Interestingly they also dialed back the green from the sequels that originally had it. I can’t fully remember, but I think those ones were green in theater as well. It was nice seeing them without it.

Just curious, what makes you say the remaster is a poor encode? I also think it could be better but I was wondering what gives it away in the photos?

Regarding my original post, I realized my phone is HDR and I could do a proper comparison.

If you compare the freezeframe at 1:20 in this video (with an HDR screen) to the photo album, there’s much less blue in the HDR.

I think the dark details come off as more bluey for some reason. This makes me wonder about the accuracy of other HDR media being encoded for non-HDR screens. I might try to encode the original disc and play around with the tone mapping to see if I can get a more accurate SDR of this remaster.

Hey guys, can someone share a link for the 35mm scan? PM me, please. Is it version 2.0? I appreciate in advance!

I am really curious to watch and see how this looks, because all iterations I’ve seen so far from the first Matrix have put me off.

The 4K may be an improvement over what came before, still I never liked how this movie looks like in physical media.

Hey man do you still have the print scan of The Matrix? I would really like to see it!

Hello! It’s amazing! Can someone give me a link to this print scan of the Matrix? thank you

I’d love to take a look at this if anyone has a link! Didn’t have much luck with the Russian situation…

has an open-matte print of the entire movie ever surfaced?

Would love a copy of this too

Hey is there a link to this 35mm Matrix version?
the trailer looks phenomenal I wanna watch it