Episode 213 - Godzilla vs. The Sea Monster

Pretty straightforward idea here: put the MST3K silhouettes in front of the latest HD version of the movie being riffed. The host segments remain, but when we move into the theater the film is playing in the best possible quality and in the original aspect ratio.

I plan on starting with three MST episodes. For anyone who wants to keep the series going, I can provide a bit of a how-to package with project files. I’ve chosen Godzilla vs. The Sea Monster to begin since it was my favorite episode of the show as a kid. And since it’s one of the few MST3K episodes that hasn’t had an official release to my knowledge - and since there’s such a gorgeous print of the film in the Criterion collection - I though it’d be the perfect candidate to bump up to HD. 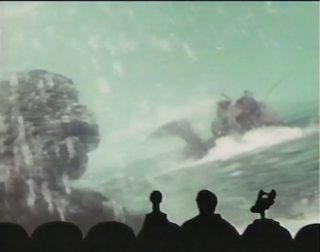 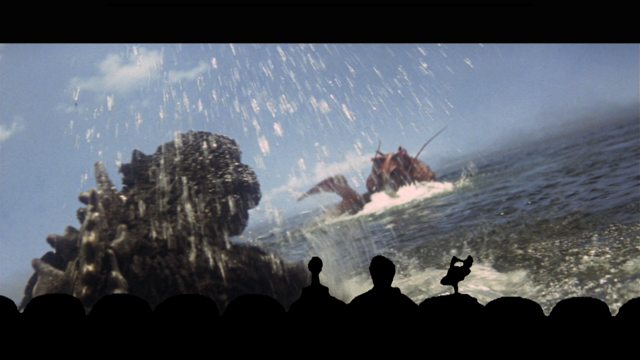 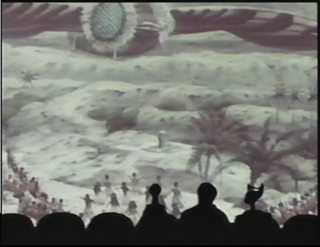 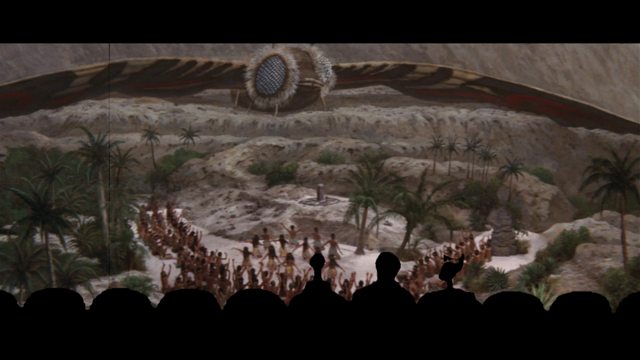 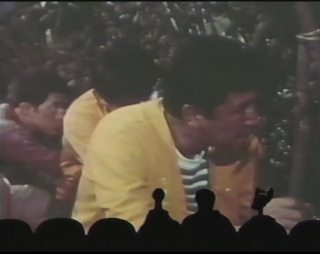 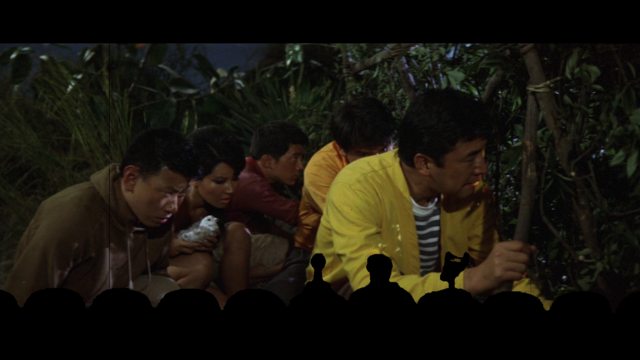 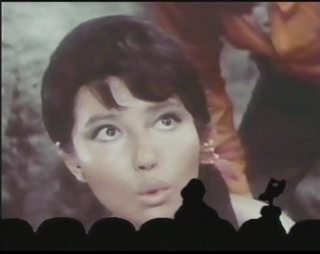 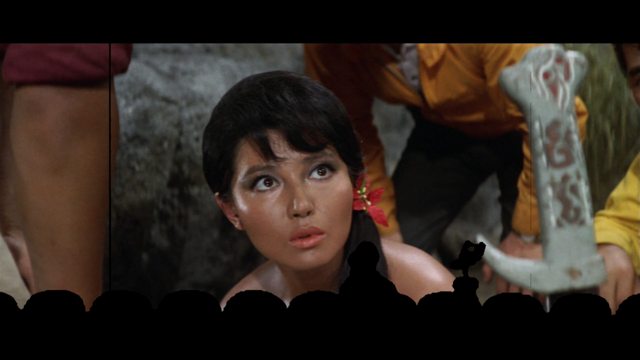 -First it’s a matter of lining the HD movie up with the movie in the episode. Most movies on MST3K were cut down either by the show or by the distributor they licensed the movie from (or some combination). I used Criterion’s version of Ebirah, Horror of the Deep from the Godzilla Showa Era box set.
-Next the silhouettes from the episode are isolated (no easy task nailing this 100% of the time) and more theater seats are added to fill out both sides of the screen. For the countdown doors I’ve composited out the hole in the last door so I can have it open on the new HD theater.
-The only other big issue is working around the fact that Joel and the bots walk in and out of the theater through an invisible door in the middle of my new wider frame: 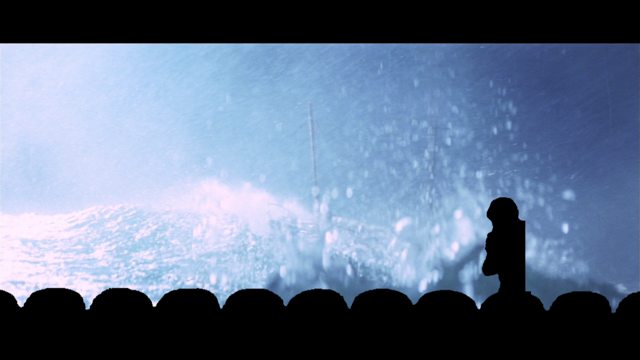 I’ve employed a few different workarounds. First is to let the last countdown door cover them up until they’re all through “the invisible door”. On the segments where they walk in or out, but there’s no countdown door I’ve added a greenscreen red curtain effect that opens/closes to start/end the segment. Video sample below:

The biggest holdup to completion of this project has been nailing down stable, clean footage of Joel and the bots. There are stray artifacts that pop up occasionally depending on the lighting/color of the scene and because this episode is a VHS rip the image will jump sometimes as tracking dips. But I’ve worked through most of that and have a workprint ready. Would love to get some eyes on it and hear some feedback.

I have two other episodes in the works as well (a Mike and another Joel) but I don’t want to reveal them yet since I want the focus to be on Vol. 001 and celebrating this episode.

You could try, to avoid the invisible door thing, move everyone to the right edge of the frame.

I LOVE that idea of using the curtain to cover them leaving. That’s super clever!

Awesome, man. Can’t wait to see your efforts pay off.

Hope you’re successful with this!

They official released the host segments, haven’t they?