So regarding Dark Disciple. The unabridged audiobook is 11hrs long. My initial cut has simply ordered it into eight episodes based on the original two arcs. This turned out 4 episodes that are about 2 hrs on average and another 4 that are 45-50min on average.

So we’ll need to consider episode length and of course placement. Canonically Part 1 takes place before Yoda’s vision arc and Part 2 after Son of Dathomir.

Because it’s so long and in audio format with no visuals it’s also harder to move around in and edit because there are no visual markers. So figuring what to cut and what to keep will certainly be doable, just a bit more obnoxious. 😕 But it’s worth it imo.

I didn’t realize when I watched the Nightsisters that it was the season finale.

Given that, I really imagine I would’ve found that Darth Maul season opener stinger really weird. It doesn’t seem to have anything else to do with anything in Season 1. I don’t know yet how Season 2 will open, but could it perhaps tease something later on than the very first (or second) episode?

My numbering has misled you, it’s not intended as a season finale. Those season numbers really just represent production blocks, as I was working to pace the whole thing. They’re not really intended to be public facing in this context, except to help identify the rough ordering. Once I was done with the show I was going to think about whether it should be presented as seasons, and maybe change the numbering for public consumption. Bear in mind the original show also had no sense of season finales either, the seasons never really built to a conclusion like a typical TV show should.

That said, we’ll see Maul in about six more episodes time, and see that scene from the opening episode a few more episodes later, if that helps judge whether or not the stinger belongs.

So regarding Dark Disciple…

Nice! Sounds like you have a good handle on the episodes. Since it’s an audiobook and not a vital part of the story, people aren’t forced to watch it, but can embark if they want that Ventress conclusion. In that case, they should be fairly tolerant of length. But good luck finding the right breakpoints and trims if you intend to make it more digestible!

I’ll be happy to include it wherever it fits in the chronology - and to listen to it, since i haven’t yet!

So, watched Blockade of Ryloth and as you described in your workprint for this episode you definitely made the right decisions. Intercutting between breaking the blockade and the trouble on ryloth itself works great.
Pacing ist tight and we get everything that’s important.
My only suggestion is a technical one: The transition from the space battle (were Ahsoka failed) to Ryloth shouldn’t be smoothend (video-wise). The audio itself can work as a hard cut and therefore the video, too.

Oh, that’s a huge relief CMMAP, thanks for saying. I’d lost my ability to judge it, so it’s great you think it works. I’ll take a look at that and any other technical issues raised.

Hello! Could I get a PM with the episodes please? Would love to watch them!

Regrettably Chase Adams has told me he’s going to be unable to produce animated concept art due to personal commitments, which is a shame. So we’re back to static art, unless anyone else would like to pick up the mantle. Alternatively, if anyone knows the tools and techniques to produce art like that, (or can point me at the resources,) I’d be eager to learn myself.

It’s only been twelve days since I last released an episode, though it does feel like longer. I was quite stumped on the Holocron arc, though I’m going to try to crack it today. I should perhaps steer away from estimating how long things will take, because I don’t want to disappoint you guys. But my motivation hasn’t dropped, don’t fear!

If anyone has any feedback on the comments or episodes in the last couple of pages it could be really useful.

Regrettably Chase Adams has told me he’s going to be unable to produce animated concept art due to personal commitments, which is a shame.

Sorry EddieDean, but I think you misunderstood. I’ll still be producing the animations, I’ll just have to start churning them out at a slower rate. I can release several episodes in groups between every of the few edits you do. I just won’t be able to keep up with doing one at a time for each episode. 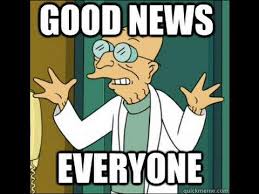 I appear to have mistaken Chase’s message!

Slight change of plans. I had the motivation, but not the mental capacity to handle the Holocron episode, since that one has a lot of possible approaches which are going to need real focus to pin down. So I’ve skipped it for now until I can give it a proper crack. I’ve jumped straight into the following episodes, since they require a lot less brain.

First up is Massacre, which barely needed any editing. The only thing I changed was borrowing Smudger’s idea to remove all references to the extra witch who resurrects the dead Nightsisters, allowing Talzin to be the one who does that. I think I’ve improved on Smudger’s idea slightly, editing some dialogue to make Talzin explicitly state that it’s her who’s going to do it (though to be fair it was already fairly explicit in his version).

This one’s definitely at the extreme end of what the force can do, but it’s fun - zombies versus robots - and it continues to show us that Nightsisters can do weird shit, and that there are more layers to the force. It also explains - nice and soon after you’ve just had the Nightsisters introduced for the first time - why they’re not major galactic players for long. It’s also a good bit of context if you’ve played Jedi: Fallen Order.

That was an easy one so that’s rendering now and should be up in a few hours. If you choose to watch it bear in mind that “officially” you’ve just watched the Holocron arc, which features the Republic and Jedi reacting to Cad Bane stealing a holocron containing the identities of force sensitive children on Sidious’ behest. Next up is Bounty Hunters, which I think is another straightforward one.

It took no time at all to turn around my episode s02e05, which was originally called Bounty Hunters.

This episode I’ve barely touched, just removing the scene where the trio see large monsters stomping through the fungal forest, since those monsters aren’t a part of the episode. I’ve kept a little of their sounds since it’s OK for the planet to have fauna (just not explicitly ones that are bigger than rancors, if you’re not going to use them).

I’ve uniquely added ‘in memory of Akira Kurosawa’ in red to the title card, which was included (also in red) at the start of the original episode. I’ve renamed the episode ‘Seven Warriors’ to better emphasise the episode’s homage nature, even though normally I don’t rename episodes I’ve barely edited.

In the opening crawl, I very lightly remind the audience that Ahsoka kind of fucked things up on Felucia, as covered in my Holocron Crisis episode (which, sure, I haven’t yet released.)

This is quite a light episode, but it serves a few functions:

As you said, they were really straight forward edits. 23 Minutes of the massacre of dothomir seems good enough. Seven warriors, for me, is interesting as we see Anakin don’t give into his darkside as he could kill Hondo, but decided not to.
For me, these two solid edits do just fine and are some kind of lighter episodes to watch after a stressfull day.

Yeah, quite light ones. I think I placed them here because we’ve had a few heavier episodes by this point, so they just give us a bit of a breather before a lot more heavy ones. We get a strong all-Sith episode then a fairly strong all-Jedi episode, and next will be an Ahsoka solo episode before we get on with the ‘main plot’ with the return of Maul.

Hopefully I’ll find some time to give these ones a watch soon.

Thanks guys, I look forward to it!

I haven’t watched these yet, but MAN, I can’t wait until I sit down and do. This all sounds SO amazing.

I may do it this weekend!

I posted something similar to this as a DM to EddieDean, but thought the community might have some good ideas for me here.

My son (Grade 6) and I are about to start a full canon run (with some Legend history of Revan, Bane & Plagueis thrown in). He’s just finishing up the Bane books and is really engaged. We’re just starting to build our viewing list which you can see here:

For the movies and TV series, we’re going to use Fan Edits whenever possible. I have copies of Smudger’s five Clone Wars edit. I’m just trying to figure out what else we need to watch from that series. We want to cut out all the silly stuff and really focus on what drives the main canon arc forward. Here’s what I have listed:

Do you have any suggestions on that set? Is that a reasonable list? Are there gaps in Seasons 1-4 I’m missing? Any other fan edits out there to replace Seasons 5-7?

Also: Are there any good fan edits of Rebels out there? (same goal: something that focuses on driving the main canon arc forward and cuts out the silly and unnecessary stuff)

I just chatted with EddieDean. I might switch my Clone Wars set to his CONTINUITY CUT of TCW:Refocused.