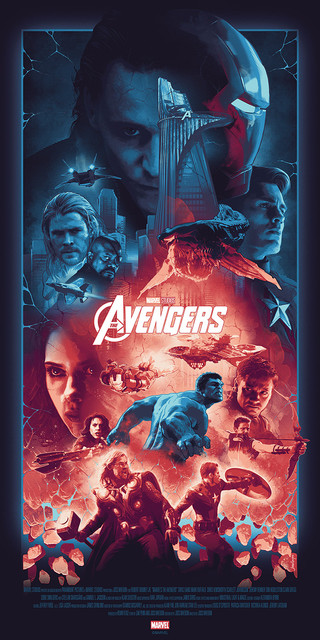 26 movies. At the time of writing this, the MCU is the largest movie saga ever created. This isn’t even counting the dozens of seasons of TV shows that accompany this story. In this 26 movie monstrosity, we are gifted some of the most incredible moments to ever grace theaters, and on the flip side there have been some absolute stinkers. As a more casual Marvel fan who has drudged through almost every piece of content released, I would say AS A WHOLE I actually wouldn’t remember the MCU as fondly as I’d like due to the sheer amount of nonsense you have to experience along the way. My feelings towards Marvel are diluted by the many distractions from the main story. There is a ridiculous amount of content akin to the “monster of the week” TV trope of shows dragging on seasons and seasons past where the story should’ve ended. However, at the heart of this Infinity Saga, there is a truly one of a kind story about the Avengers vs Thanos. To me, most of the other side movies with random one off villains are largely a waste. I’m not saying they are bad movies, but many of them are looked at as cash grabs with no impact on the overall themes of the Infinity War aside from an easter egg or two. And some (Hulk, Iron Man Sequels etc.) have virtually no noticeable difference on the main story if you choose to not watch them. I’m here to refocus and streamline what makes the MCU special.

The Avengers was the 6th movie in the MCU, but the first to unite things into a cohesive narrative and so my story begins there. Personally, I am only interested in telling the best Marvel story possible rather than going into every origin story of characters we are all by now familiar with.

I fully credit FireMerkStudios for his Dawn of Thanos idea, and I openly cite some of his content as my source. He has attempted to do exactly what I am working on here, though he cut out MUCH more than I did. Whereas he aimed to do a series of short chapters, mine will be 6 full length movies in a Star Wars saga-esque presentation. In my Dawn of Thanos re-edit, I will be combining ALL Marvel content into one, refocused narrative about the Avengers vs Thanos.

My story begins largely with The Avengers film, but with an extended/alternate opening, and some major narrative changes throughout.

I would love to hear some thoughts from those of you who are at different fan levels of Marvel content. As I mentioned, I am not personally married to Marvel in any way and am solely interested in telling a great story, so I apologize if any of these changes are offensive to more of the deeper Marvel connections that maybe I don’t understand. But this is a retelling of the story and I ask that you give it a chance.

This workprint is released, but I have abandoned this project as a whole and will not be updating this film any further or creating any other projects relating to Marvel.

Is a version of this currently available?

Is a version of this currently available?

Yes, I can send you the workprint. Still need to do some audio adjustments before it’s final release quality but its definitely watchable without many distractions. I’ll dm you

can you also dm me a link to mcu refocused as this is far more.

can you also dm me a link to mcu refocused as this is far more.

“This is far more”…? What? It looks like you didn’t complete your sentence there, sir

This sounds amazing and fun!

This sounds amazing and fun!

Interested in seeing the first film? That one is released for a v1.0 and the second film should be released v1.0 this week too.

Would like a Pm for a link for your edit please?

Would like a Pm for a link for your edit please?

Quick update on the project too. I am very happy with where Chapter 1 is at in terms of story. It’s still not perfect on the audio balancing but it’s definitely watchable and enjoyable. Links are ready for anyone who wants it.

I did a full sit through of Chapter 2 last night and while it’s close, it’s not quite ready in terms of the storyline yet. Some of my initial ideas don’t pan out into a cohesive enough way and I find the film drags on a little too long with the side plots, so I’ll be going through some trims and then writing up the thread with the details for that. Should be ready later this week.

I am already well under way for Chapter 3 as well and have the entire structure organized, just need to spend a couple more hours with it going through each scene again and then do a watch through to catch any bugs.

I would be interested in checking out your remimagining of the Thanos saga.

I would love to see your version of this. please send a link at your earliest convenience. thank you 😃

I would like to give a shot at your fan edit… can you pls pm me?

I WOULD LOVE IT

How do you watch this, its sounds very interesting.

this sounds really interesting - would love to see your work so would appreciate the links if that’s cool. Thanks in advance !

I would also love to see your take on the saga. Please send a link when you get a chance.

May I have a link please?

Is it alright if I have a link to this fan edit, please?

Seems like a great fan edit. Can I get a link as well?

I will send out links to the most recent requests, but I have officially abandoned this project as my interest in Marvel as a whole has waned. It is very difficult to continue working on a project like this when the passion for the IP has gone away.