Man of Steel is a film that, at the time of its release, divided many on whether they liked or disliked it. I was incredibly excited to see it then, as the trailers were fantastic and I had been wanting to see a new Superman movie. I ended up leaving the theater feeling really disappointed in how it turned out. It didn’t live up to the deep and emotional experience the marketing had promised, as it seemed to sacrifice characters and storytelling in the third act for bombastic action and pure spectacle. The film also felt too dark and depressing for who is one of the most colorful and optimistic superheroes of all time. Hans Zimmer’s score didn’t click for me either, as it was fine as it was, but again, didn’t fit who Superman is. Overtime, the film has gotten better in some areas on repeat viewings, but I’m still not a fan of Zack Snyder’s vision.

This edit seeks to take what is there and turn Man of Steel into a more tonally accurate take on Superman. The film has been restructured, as some sequences have been removed, that never served a strong impact. The colors have all been corrected to breathe some life into it and not look so desaturated. Hans Zimmer’s score has been replaced with the classic Superman themes that have become synonymous with the character, and even new opening credits, based on Richard Donner’s two films, has been added. This is my take on what Man of Steel could’ve been.

I’d like to give a big thanks to Agent 9 and TM2YC for their great work for their own edits of Man of Steel. Agent 9, especially, as he is the one that made me see the beauty and transformation changing music can do for the tone. Many ideas come from their own edits, so I’d love for anyone to show them love and support. 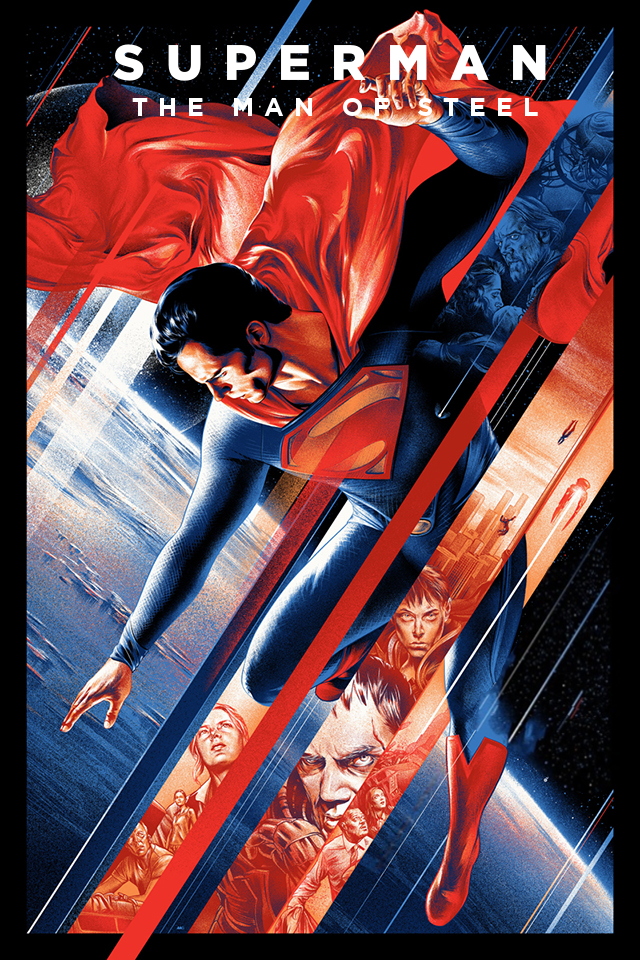 The primary video source will be from kk650’s color regrade, while also color corrected throughout.

Added new establishing shots of Krypton, based on Agent 9’s edit. May need some help with VFX.

Removed the scene of Kal-El’s birth.

Removed the shot of the robot taking the embryo, as Kryptonians are no longer bred genetically.

Removed Zod demanding Jor-El to tell him where Kal-El is.

Removed Zod telling Lara to abort the launch, as well as the second glances she gives her husband.

Cut Zod spitting at the Council and one of his “I will find him” lines.

Added an opening credits sequence based on the original Superman films. I’ll need help from someone who knows how to put these classic credits together.

Added in a new shot of Saturn after the opening credits to transition to Kal-El’s journey to Earth, based on Agent 9’s edit. May need some VFX help on this.

Removed the entire sequence of Clark working on a fishing boat and rescuing the workers at the oil rig.

Removed Clark listening to his classmates gossip about him while he’s crying in the cupboard.

Removed Clark underwater and stealing clothes, along with him watching a school bus drive off.

Moved the school bus accident sequence to when Lois asks Pete Ross about the incident.

Removed Pete Ross calling Clark “Dick splash” and added in sound effects of Clark hearing the bus’ tire about to pop. Based on TM2YC’s edit.

Moved the school bus aftermath to when Clark tells Lois about his father at the graveyard.

Trimmed away Clark asking Jonathan Kent if he should’ve let the kids drown and his response.

Removed the shot of the military guys reacting to the trucker pouring beer on Clark, along with pushing him.

Removed the trucker coming out of the bar to find his truck destroyed.

Added the extended sequence of Clark’s mountain journey from Batman V Superman after attempting to hitchhike.

Removed Lois’ response to the compliment of her written works for the Daily Planet.

Trimmed and re-ordered some of Lois and Clark’s investigations aboard the scout ship.

Removed the scene hinting at Supergirl.

Added establishing shots of the arctic, along with trimming to imply that Lois left the scout ship, rather than Clark leaving her out in the snow.

Added an establishing shot of the Daily Planet, taken from a Turkish airline commercial to promote Batman V Superman.

Moved Lois’ conversation with Woodburn prior to her investigation on Clark.

Removed the scene of Jor-El showing Clark the Genesis chamber, though kept a shot of Jor-El, repurposing it.

Removed the entire sequence of Jonathan Kent’s death, along with Clark’s lines that he let him die.

Added an establishing shot of Metropolis to transition to Lois returning to the Daily Planet.

Removed the other countries receiving Zod’s transmission to focus on the main narrative.

Slightly distort Zod’s voice when he makes his announcement to compliment the static video signal.

Moved the flashback of Clark getting bullied to after he passes out on Zod’s ship.

Removed the bully’s, “Come on, Kent!”

Re-timed a moment with Lois reacting to Superman’s response about surrendering to feel more natural.

Removed Superman’s dialogue as he is reacting to the Kryptonian atmosphere on Zod’s ship.

Removed Zod’s line, “But all we found was death.”

Moved the scene of Jax-Ur drawing blood from Superman prior to Lois inserting the command key.

Recut Superman walking down the street and telling the civilians to get inside.

Blended two action scenes between Superman, Faora-Ul and a Kryptonian together, trimming it up some.

Moved Superman checking on Martha Kent to after Jax-Ur tells Zod about the Codex.

Trimmed some of Jax-Ur’s lines as he explains the location of the Codex.

Trimmed the reactions of the civilians in Metropolis reacting to the World Engine’s descend.

Trimmed away Superman choking on the poisonous clouds surrounding the World Engine.

Removed a shot of hundreds of people on the streets getting wiped out by explosions.

Removed Perry telling his employees to leave the building.

Heavily trimmed away much of the massacre of Metropolis, removing the sequence of Jenny getting trapped under the rubble.

Moved the second half of Zod and Jor-El’s conversation to after the tentacles throw Superman into the World Engine’s beam.

Removed Zod’s final words to Jor-El before silencing him.

Replaced the scene of Superman reaching towards the sky with two shots from Superman Returns of him flying through the clouds to indicate he is flying to Metropolis.

Added a shot from Superman Returns of him flying through the clouds towards the scout ship.

Removed the moment between Superman and Zod about destroying the control deck of the scout ship.

Replaced Superman recovering from the wreckage to rescue Lois with two shots from Superman Returns of him zooming through the city.

Muted Superman screaming as he flies away from the Phantom Drive.

Removed the dialogue from Perry and Jenny as Superman and Lois land.

Removed the dialogue between Superman and Lois during their first kiss.

Removed Zod’s line, “My soul. That is what you have taken from me!”

Heavily trimmed the fight between Superman and Zod to keep it focused.

Moved Lois’ arrival at the train station to after Superman kills Zod.

Lovingly borrowed a shot from TM2YC’s edit which makes the tear on Superman’s face more apparent.

Moved the scene between Superman and General Swanwick to the credits as a mid-credits scene.

Moved the Superman symbol after the film cuts to black before the credits roll, adding the title of the edit.

Added a fan editor credit and John Williams as the composer. May need someone to help out with that.