CP3S, I can't help but notice you completely left out Republic Commando. That was a good one.

Agreed, even though it was PT crap the game was very enjoyable, better than Jedi Outcast (which wasn't THAT great in the end).

I've never played Republic Commando, or even heard much about it. It came out during a several year period that I didn't play video games and had very little interest in them. Plus it has to do with the PT, so I never doubled back to check it out after picking up a new gaming habit.

Maybe I should check it out. I do have a hard time imagining it being better than Jedi Outcast though. I rather liked Outcast (especially the beginning before you get your force powers back, though they were kind of fun in that game). I even liked Jedi Apprentice, though, which most people don't.

As a dyed in the wool Prequel Hater- I really enjoyed Republic Commando. Not Dark Forces, but as close as you're likely to get these days.

With the help of google, I’ve dug up this old 1313 thread to present some apparently unseen footage from the cancelled game. Looks like it never got hugely far into production but it’s interesting to see the gameplay, and cool potential the game would’ve had. 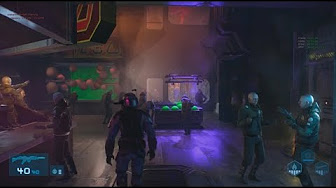 You beat me to it Jedi_bendu! But I used the index thread 😃

It looks such a good game, and is disappointing it hasn’t been redone or reworked somehow. There is some more about previous leaks, art and videos on the game here:
https://www.comingsoon.net/games/news/1209487-star-wars-1313-gameplay-leaks-boba-fett

I’d still buy this if it was released tomorrow.

Many elements are directly re-worked into Fallen Order. Forced walking segments like Assassin’s Creed and scripted action chases from Uncharted are everywhere nowadays though I suppose. I wish there was a middle ground between empty open worlds and smaller populated levels.