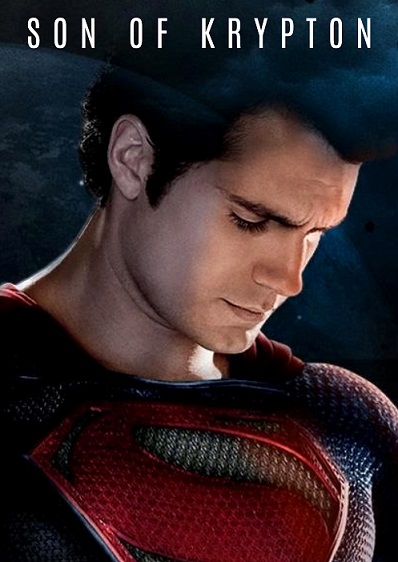 The fanedit, Man of Tomorrow (MOT) by JobWillins is a prime example showing the impact that extensive artistic restructuring and rescoring can have on film. This edit, Son of Krypton (SOK), would not have been possible without the prior contributions of other fan editors, especially JobWillins.

I was just going to release a MOS FanFix. But after watching MOT a few times, I grew stronger of the opinion that the true fix was combining it with BVS.

In my opinion, the character of Lex Luthor in BVS was poorly written, too comical with a musical score to match his overly quirky personality. In this edit, BVS and Lex are more serious and refined to the central elements.

For me the heart of MOS lies in two major storylines which are restored in SOK:
Superman saves his mother from Zod.
He also helps the military even though they try to kill him, gaining their respect.
This required reinstating the Battle of Smallville, though it is toned down significantly.
Change List:

Major differences from MOT (in addition to the above):

Ideas from other individuals which are used or completely copied in SOK:
(while different editors separately will make similar editing choices, I did not come up or would not have come up with parts of SOK and due credit is given below).

Avid 4D:
Zod’s voice matches the staticky sound of the rest of his broadcast.

Joseph Bennie and IronPixelChef:
Created music that I used to mix together for Superman’s departure from the Scout ship and his first flight.

how did i miss this edit of yours? Actually love the drastic rearranging of scenes and new scores.

thanks! yep that’s what I was busy doing. Did you watch it?
Some of the best parts were based on another fanedit called Man of Tomorrow:

I’d love to get a copy of this!

Same, would love a copy of this also please?

thanks! yep that’s what I was busy doing. Did you watch it?
Some of the best parts were based on another fanedit called Man of Tomorrow:

Your edit was a blast, despite using the great Man of Tomorrow as base.
I enjoyed it really much. The only thing i would „criticize“:

thanks for watching CMMAP. I really do like the limited Krypton sequence. And because we span from the birth to the death of Superman in 1 film.

Than we represent two different opinions^^
I remember one thing: eventually i would raise the center channel/dialogue a bit in volume, maybe 2/3+ db. I found myself often having trouble to understand it (watched it with an audio setup of 3.1, i know what a waist for an 5.1 ch 😄, but right now i don’t have another setup at hand)

The center channel. Raising it for just certain parts or pretty much the whole thing?

Always when music/effect sounds and dialogue are in the same scene.

If its “always” as mentioned then I’d think it is the source audio combined with your system. I notice in many original films I have to use the voice EQ feature on my sound system to hear the dialogue well. But if you have a few specific examples of the most noticeable parts I could take a look.

Let me check again till the weekend, but yes you could be right.

Updated Son of Krypton to version 1.1.

Various audio/video transition updates to make the edits more seamless.
Fixed minor audio sync issues.
Fixed an issue with the General’s sudden appearance as Superman was in the holding room.
Fixed an error where too much footage (non-IMAX) from BvS had been cropped.
Fixed the Colonel’s sudden appearance at a different part of the bomber.
Fixed studio’s color grading difference while Lois looked at the engagement ring.
Used tilt and scan for establishing shot of Superman’s memorial.
Used better cropping for Superman’s Memorial showing more of the crowd.

Can I get a link?

Hi, can someone please send me a link to this fanedit?

This sounds really interesting, can I get a link to this edit?

Hi Kraus - Could you please PM me a link to this? It sounds great! I’m one of the few defenders of MoS and BvS, especially their extended cuts, and I’m really interested to see your take on them. Thanks!

Jonah, PM sent. Take note that much of BvS is cut, entire storylines like all of Africa.

Thanks so much, Kraus - looking forward to checking it out this week!