It’s now or never with these guys. We’ve started work on Sleeping Beauty, and I’m really hoping we can preserve Fantasia Kostal as well.

Total scanning costs for both features will be $1000. Right now I only have enough to get SB done, if we can raise the remainder we can do Fantasia Kostal as well. It has magnetic audio so will be really great quality sound. If we can’t the print has to be returned to the owner.

I currently have $950 in pledges or donations towards these projects from 9 different people.

This print is very clean, and in very good condition. The condition of the print is similar to Cinderella. 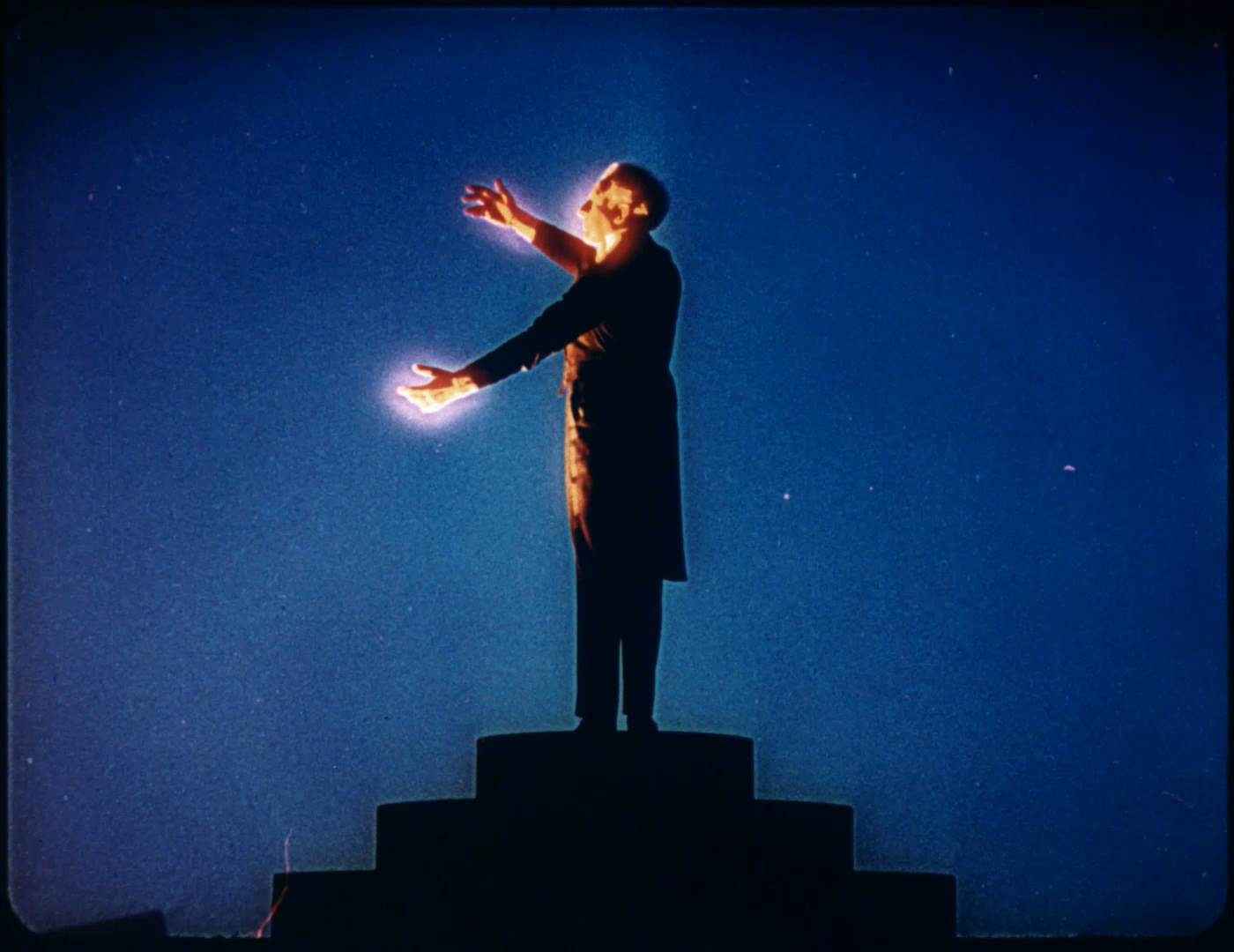 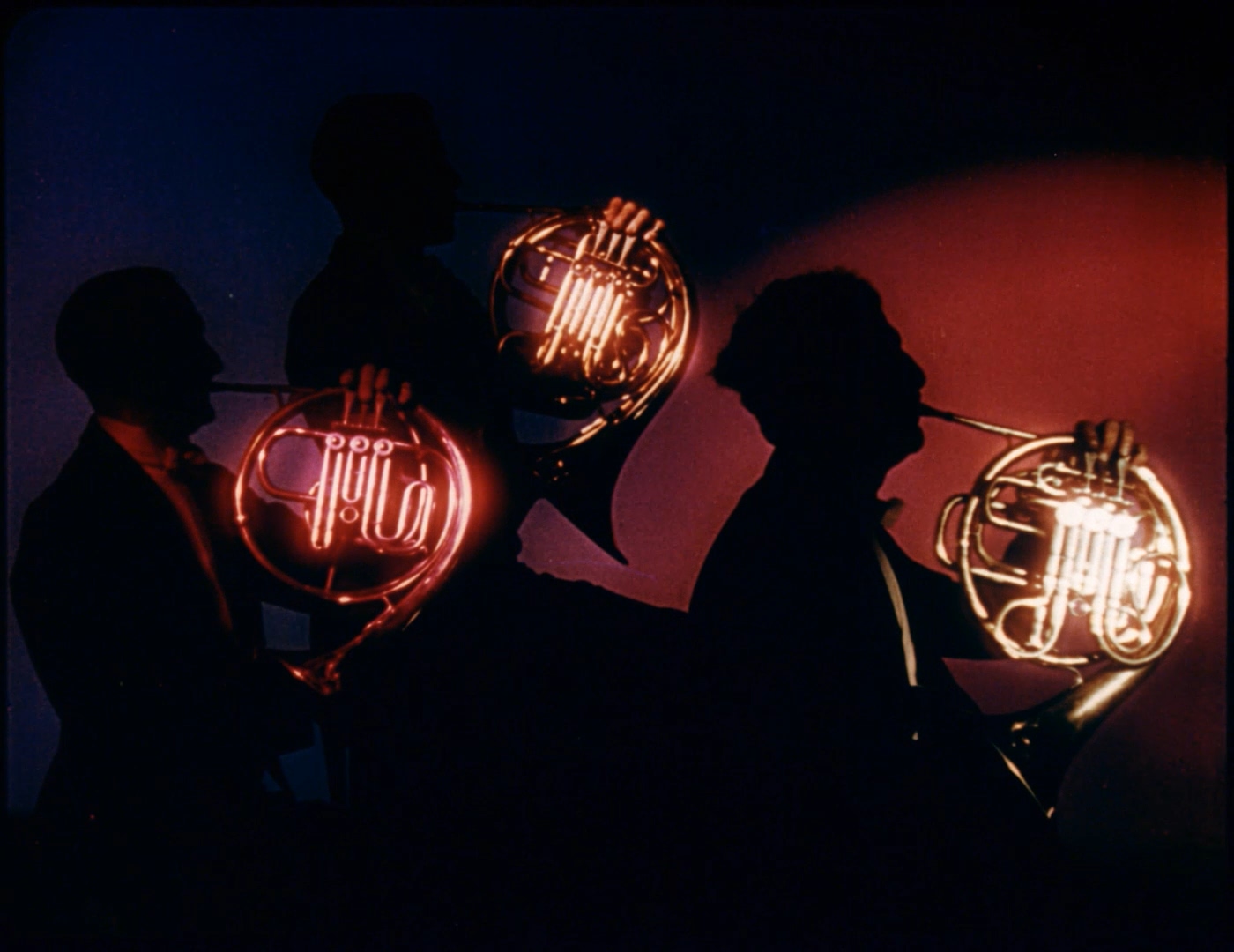 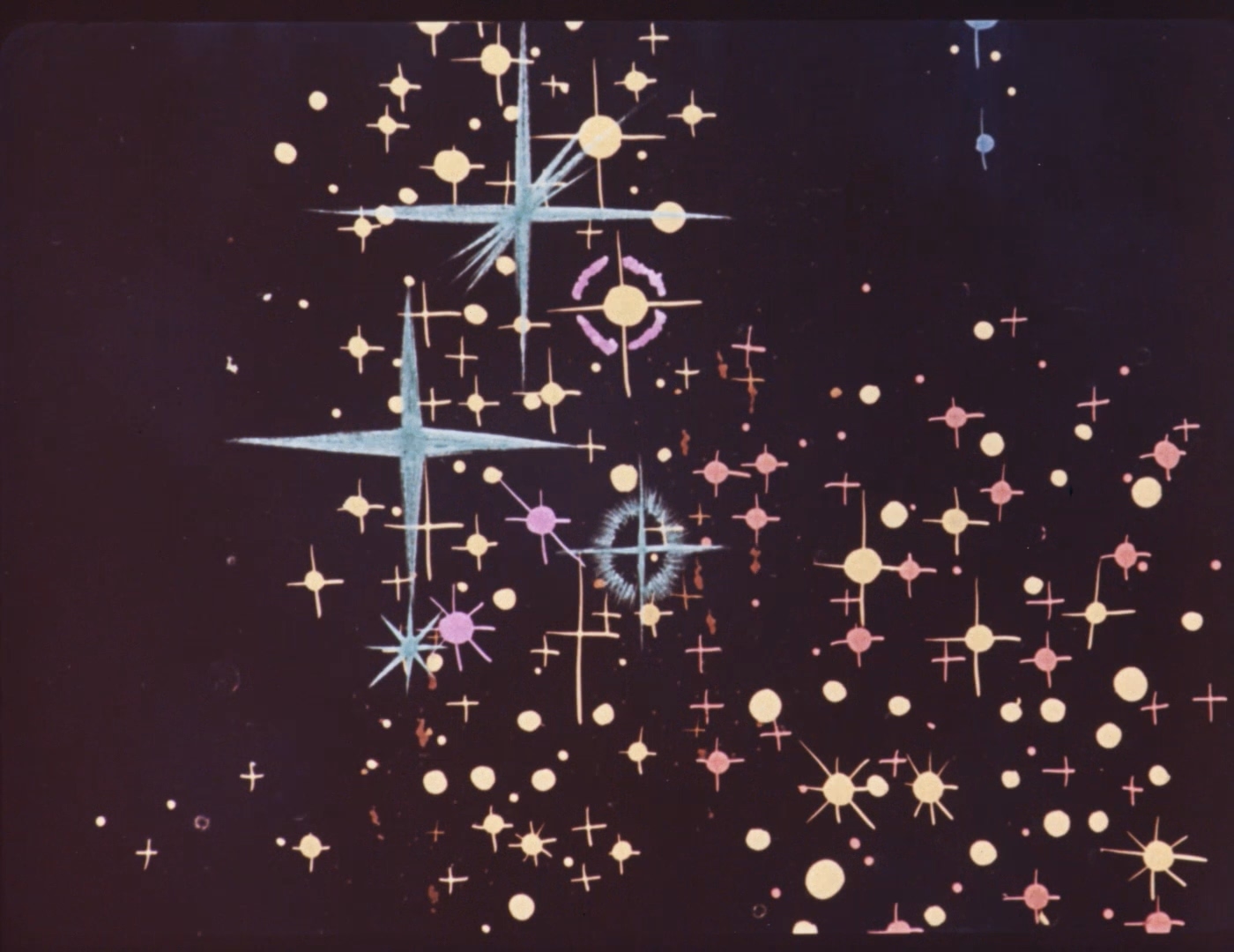 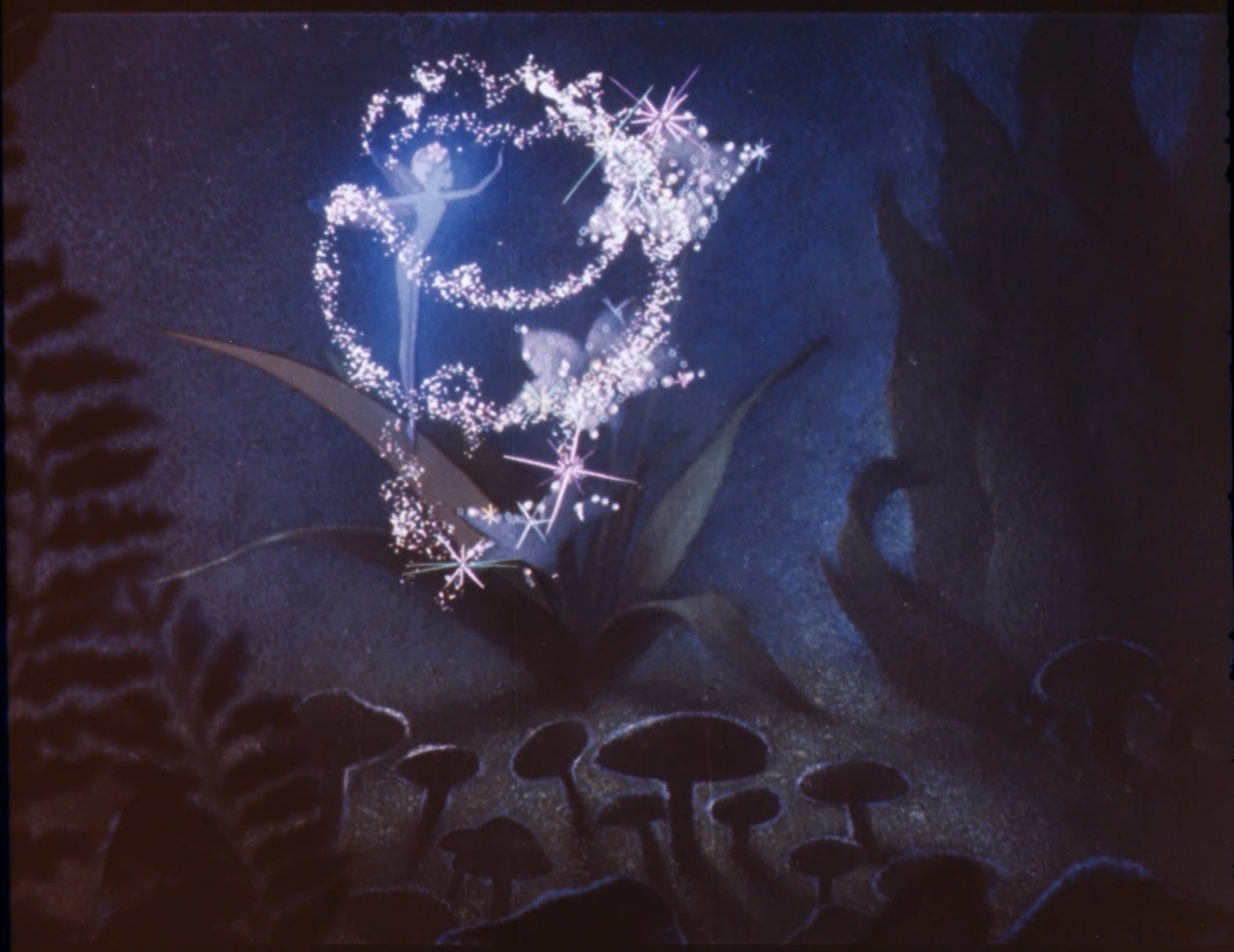 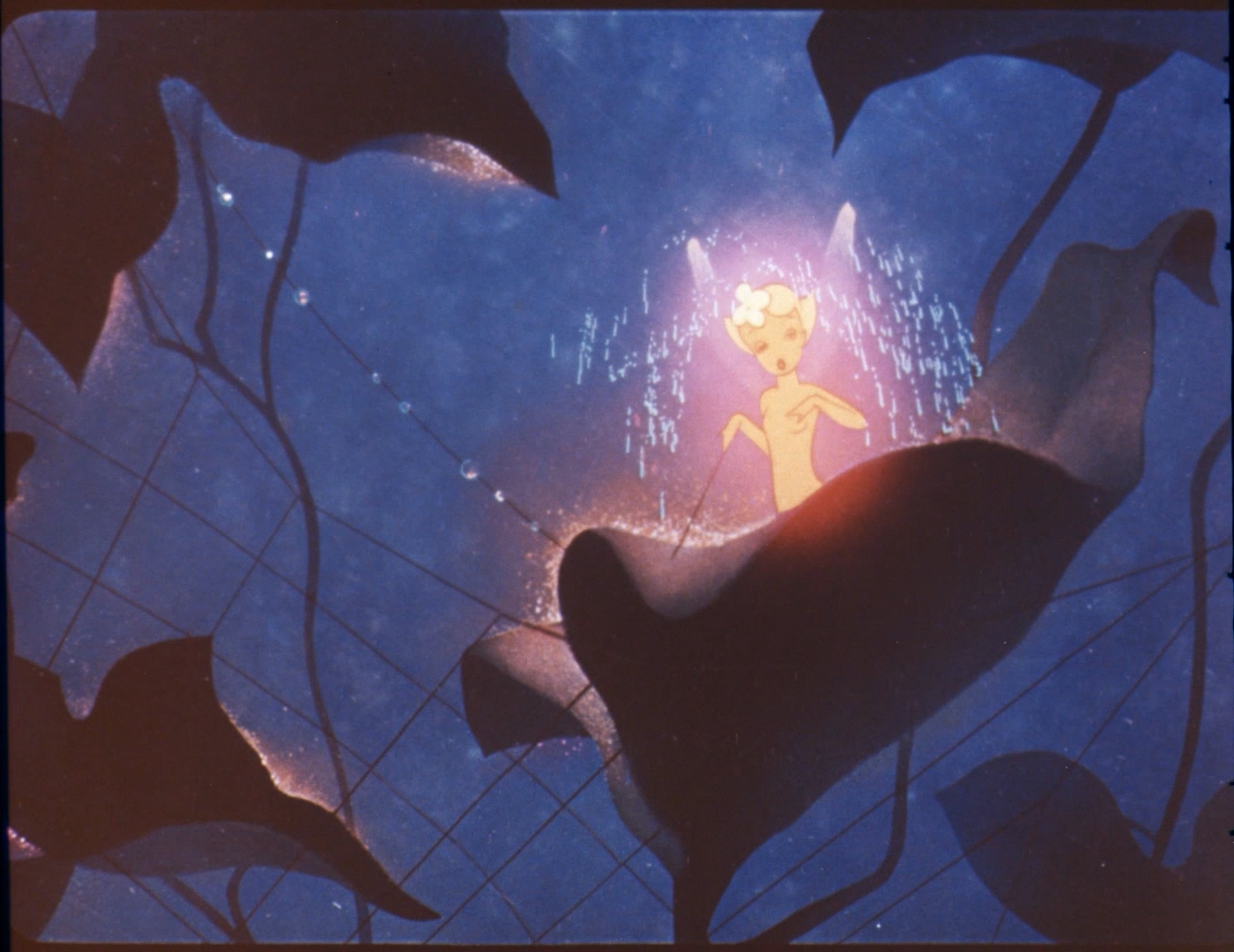 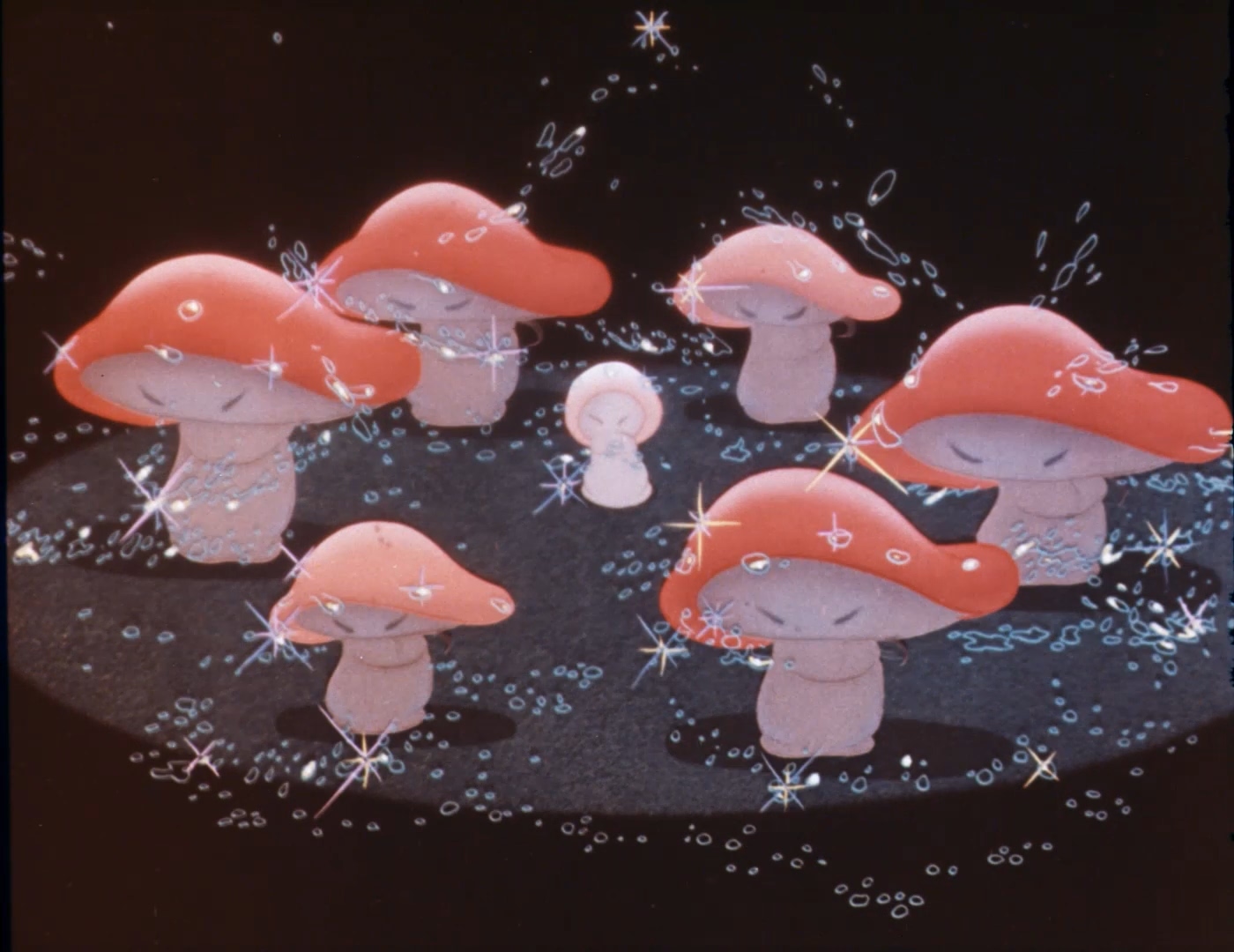 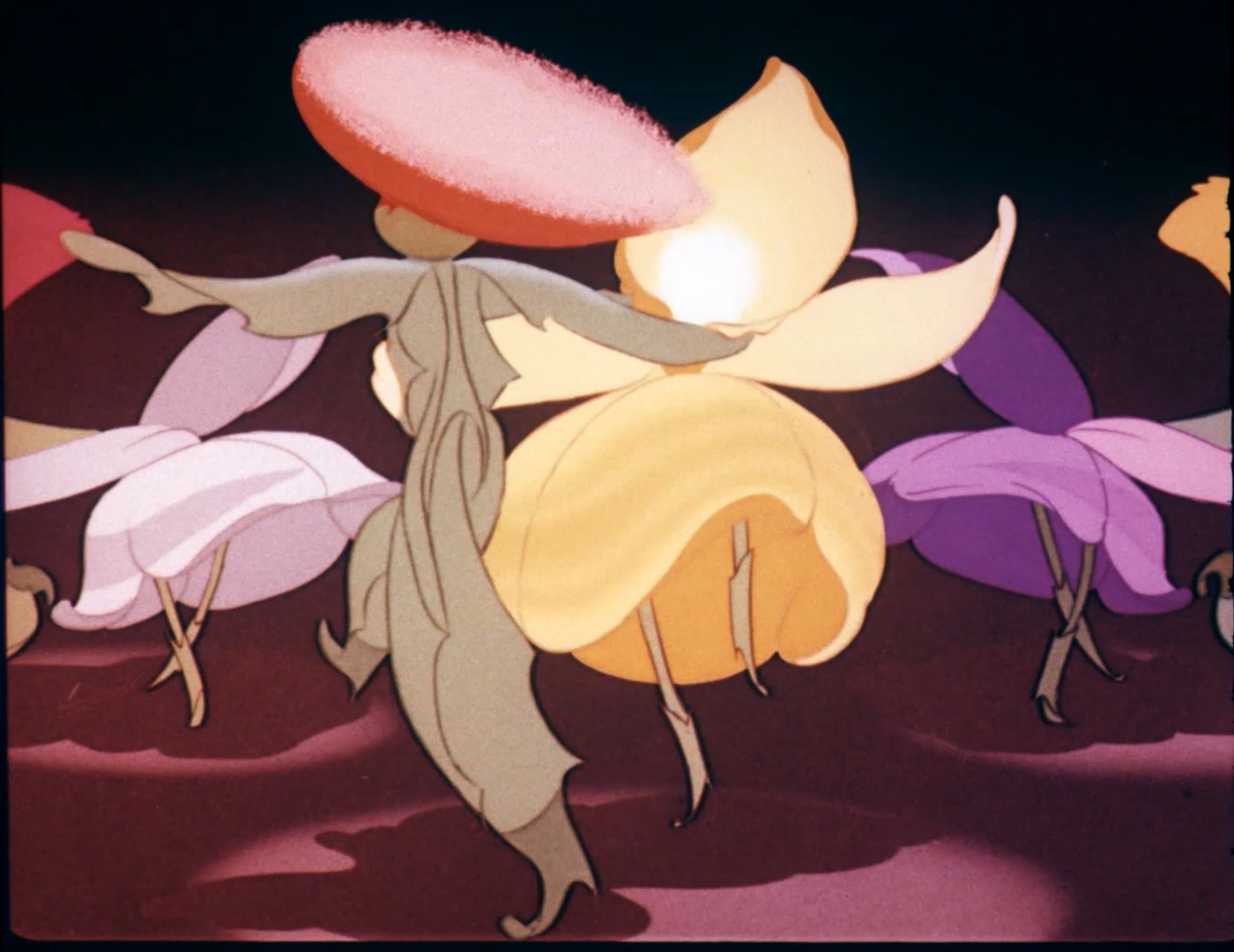 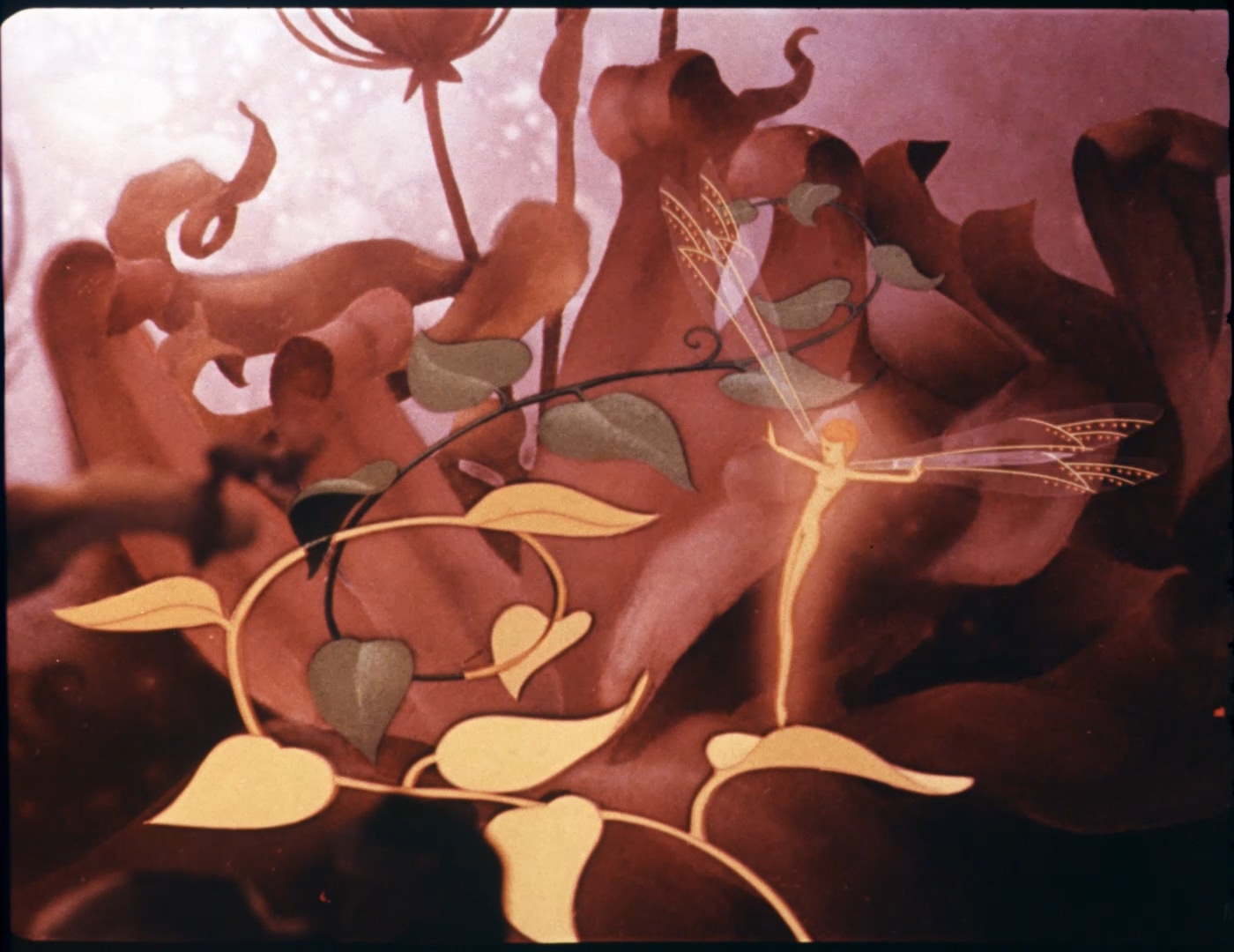 The goal is to preserve and release the Kostal version of the film, not the Stokowski version. There is already a separate restoration happening for the Stokowski version and it will be far better than anything I could do. If we scan Tech mono I would make two releases - one with the image based as much as possible on the Kostal print scan, the other based on Tech mono, and both with the Kostal soundtrack. I have an 8 minute preview scan of Tech Mono, see below for screenshots of both prints.

The Kostal print is on faded Kodak SP stock and has magnetic audio. It appears to be in great condition, and is very clean. SP stock doesn’t fade as badely as Eastman, and so the picture looks acceptable.

The mono Technicolor Stokowski print (“Tech Mono”) is flat throughout (no Superscope). It is probably uncensored (Sunflower in the Pastoral Symphony), and its picture is quite different to Kostal’s picture. If we can afford to scan it I would release two versions of the film - one based on Kostal’s picture, the other based on IB Tech’s picture. It has to be returned shortly as well along with the Kostal print to the collector, so it’s now or never if we want to raise funding and get it scanned. The print is clean, in good condition, and as mentioned is FLAT. The only negative is that it does have arc burn, but even with the arc burn I doubt we’re ever going to get the opportunity again to scan an IB Tech print of Fantasia in this good condition, for more info see this post.

Thanks to everyone who has contributed so far, you’re all very generous and without donations most of my scans would not be possible!

Sure thing! Could you please say how much or message me in private and say? Thanks!

Okay guys, I now have a short test scan of reel 3 I can show to anyone thinking of donating. If you’re interested please send me a private message and I’ll give you the file link.

Thanks to some generous donations, first and foremost from Tatder, I can confirm that Fantasia is funded as far as the Kostal print is concerned! 😄

I have not had much interest yet in Sleeping Beauty, please get in touch with me if you’re interested in donating. I am happy to show anyone thinking of donating the full first reel. It’s an exceptionally clean and good condition print.

We also have the opportunity to scan the mono Stokowski print, and I also have a video preview of that print I can share to anyone who is interested in donating. Right now I don’t think we’ll scan it as there hasn’t been much interest - but it is an IB Tech print and should provide an absolutely stunning picture.

Thanks! The financial situation is improving, so I’ll remind everyone about Fantasia.

We have TWO prints available to scan:

We are currently scanning the Kostal print. It is faded and on Kodak SP stock (so not as badly faded as Kodak Eastman). The picture looks acceptable, and the print is very clean.

The intention with my project is to preserve and release the Kostal version of Fantasia - not the Stokowski version. There is already a separate restoration happening for that version and it will be far better than anything I could do. If we scan Tech mono I would make two releases - one with the image based as much as possible on the Kostal print scan, the other based on Tech mono, and both with the Kostal soundtrack. 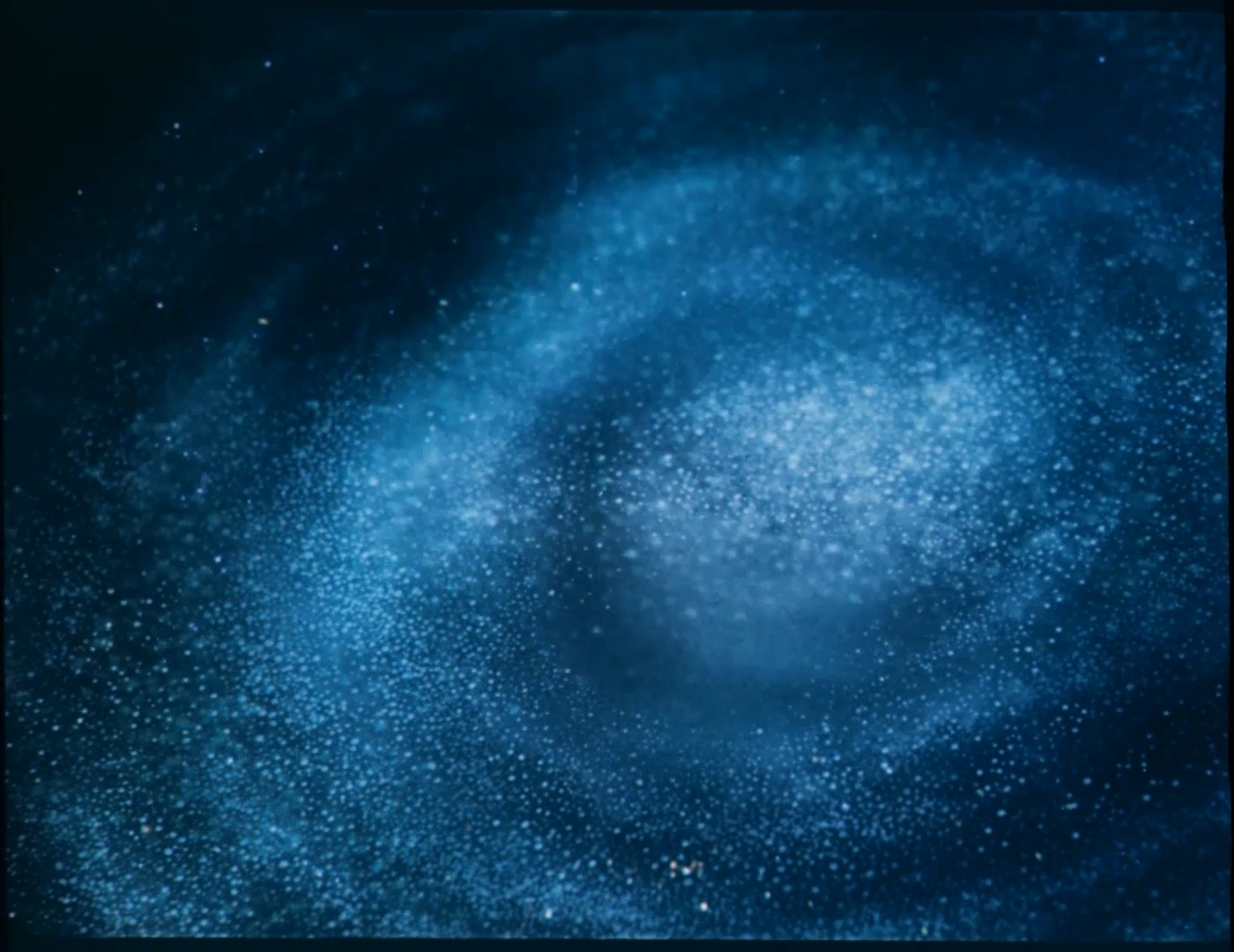 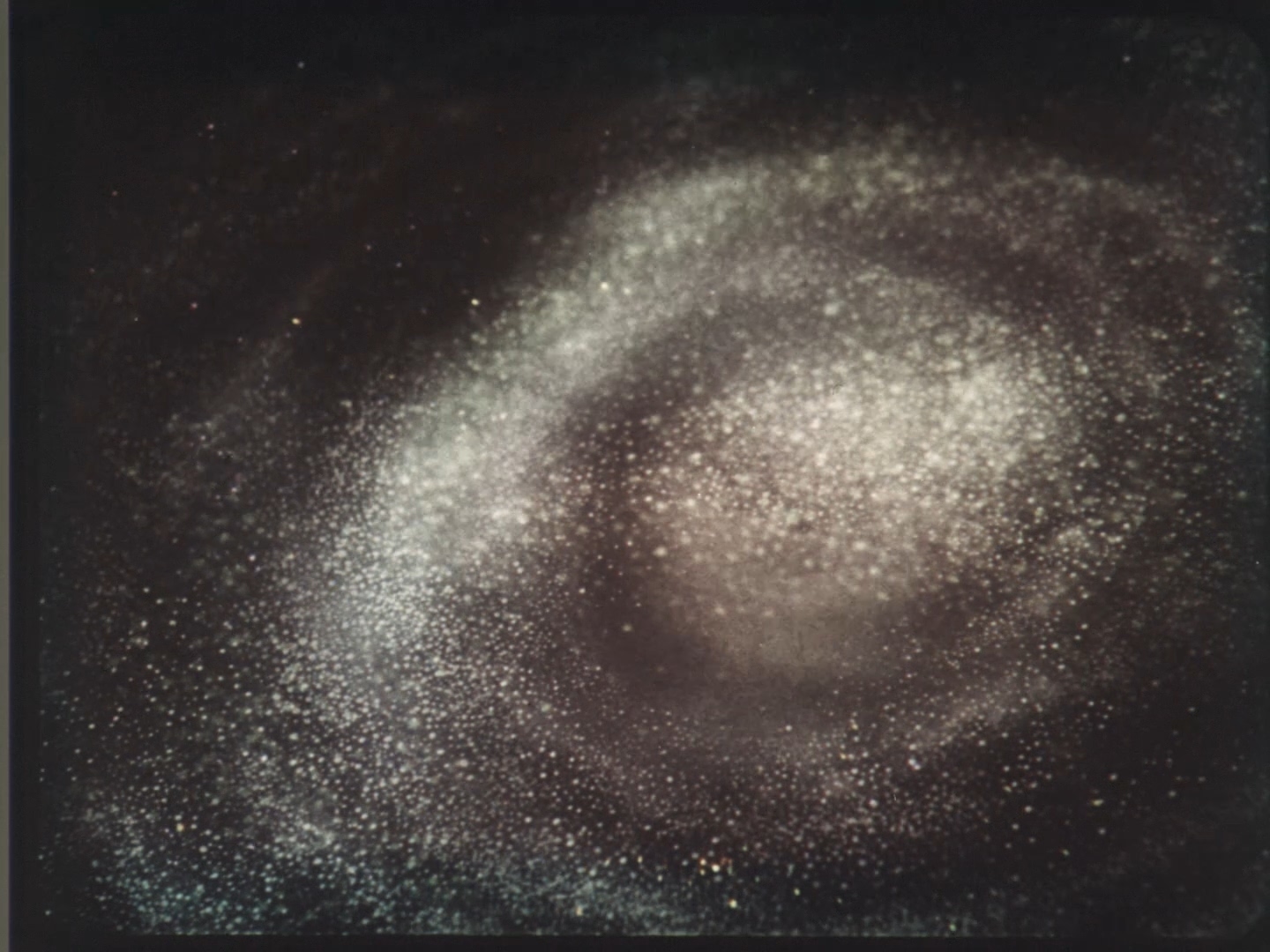 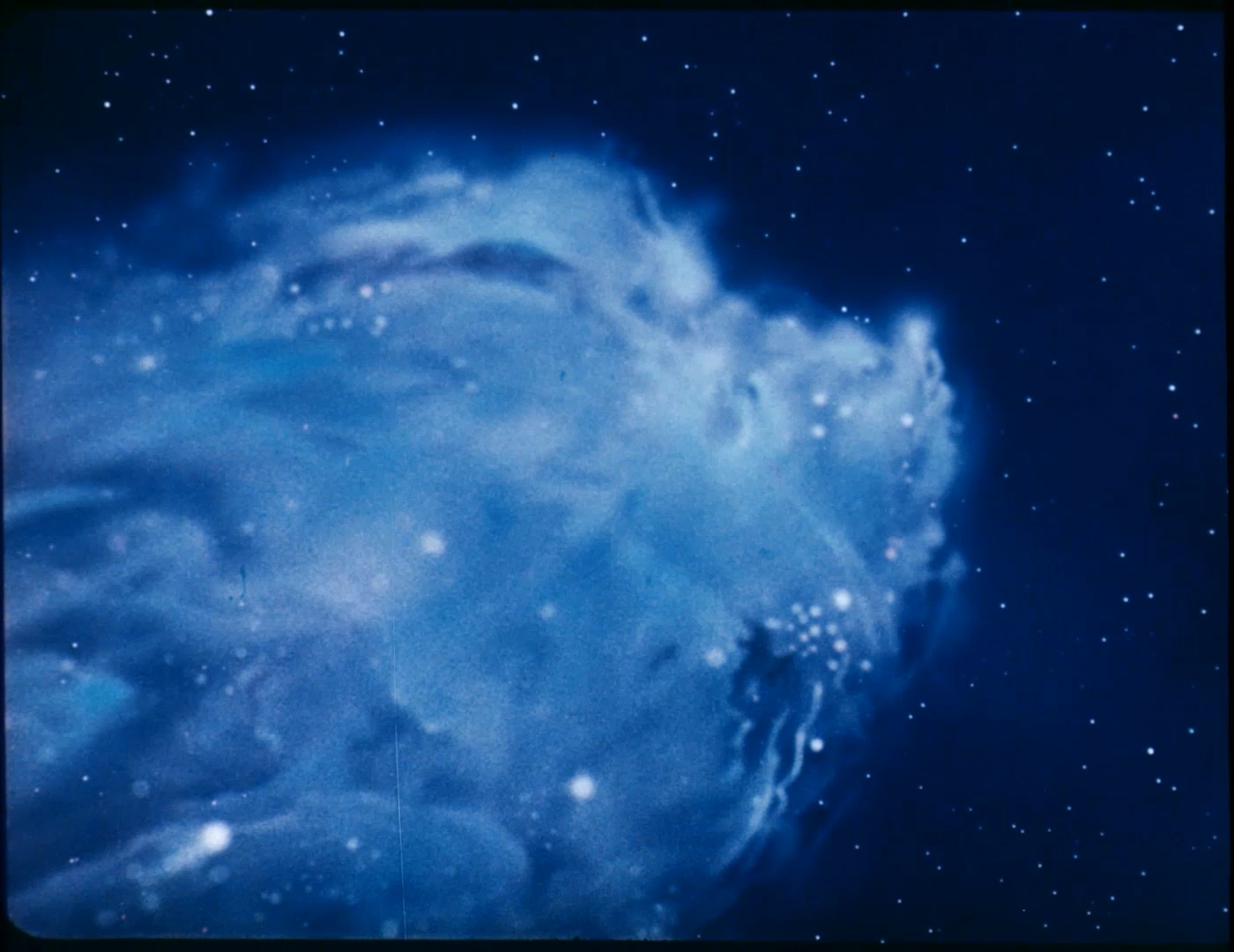 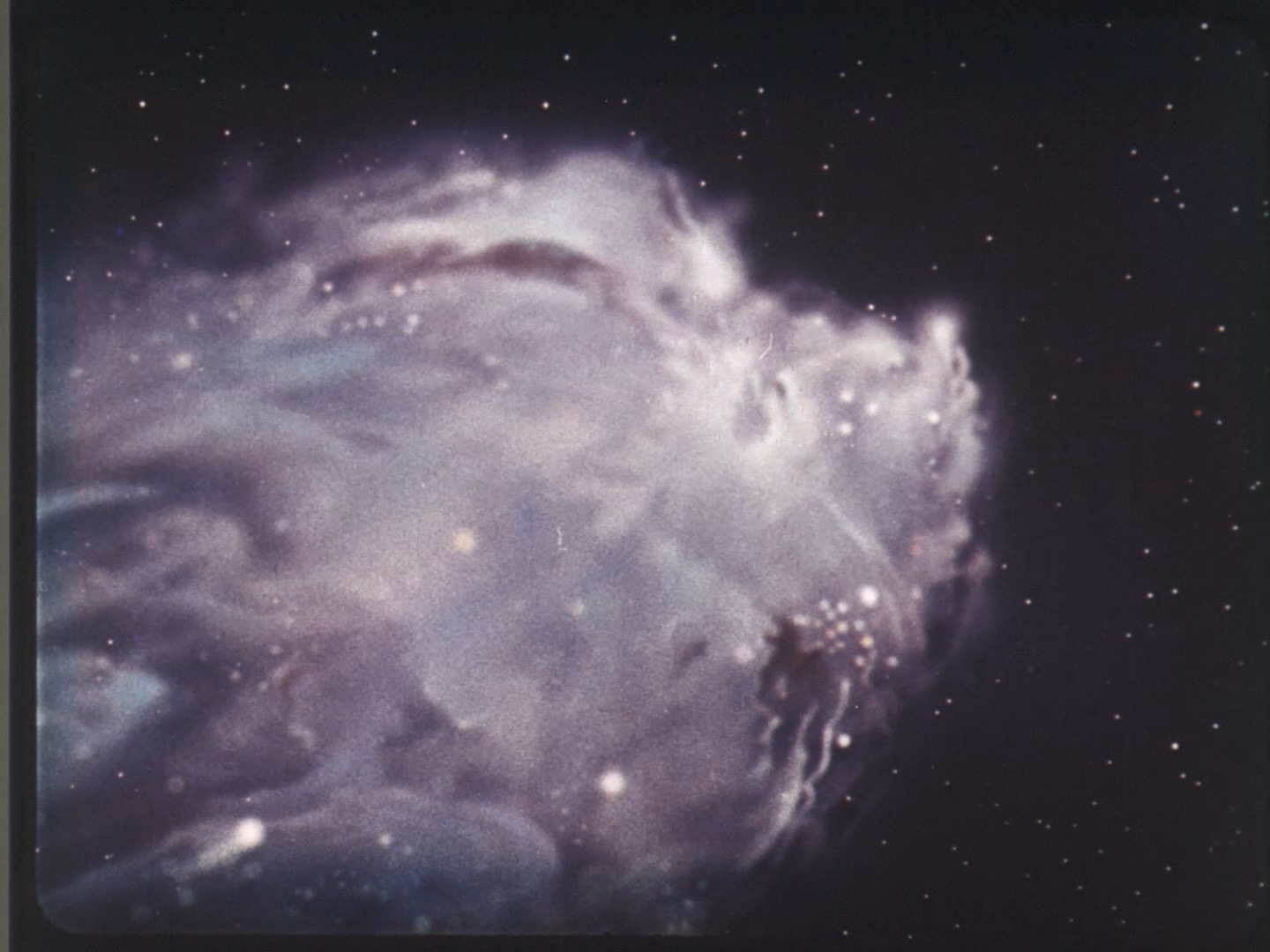 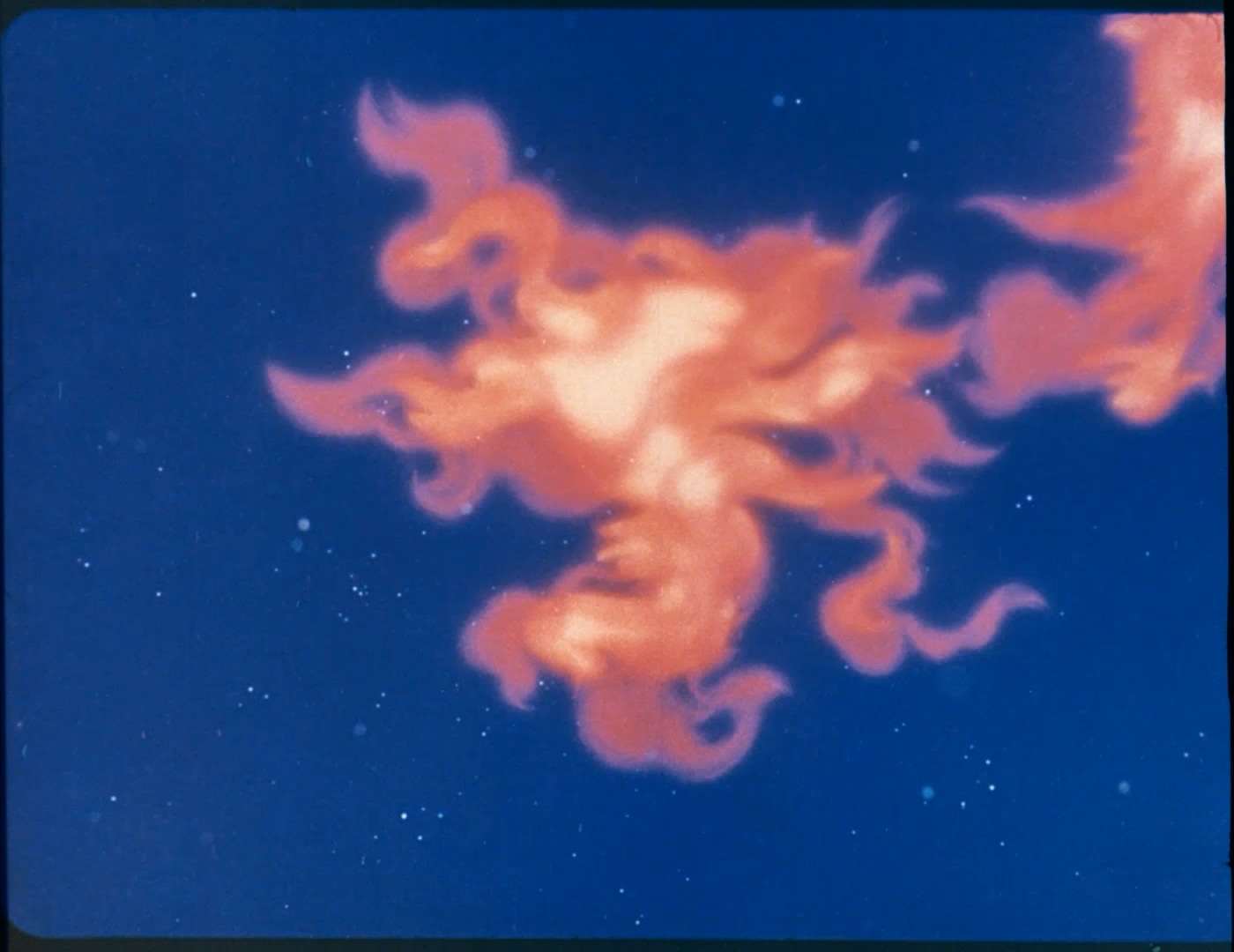 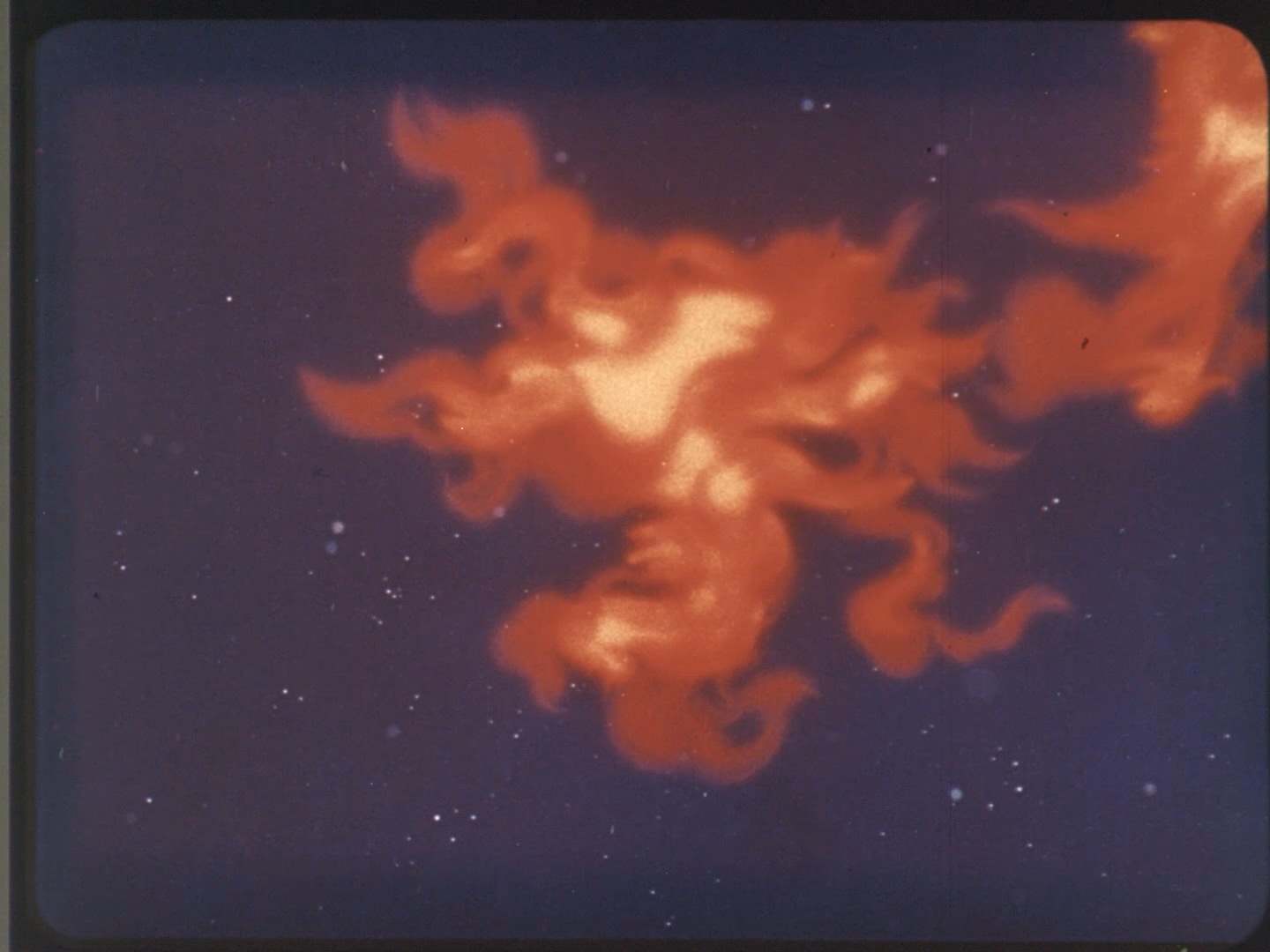 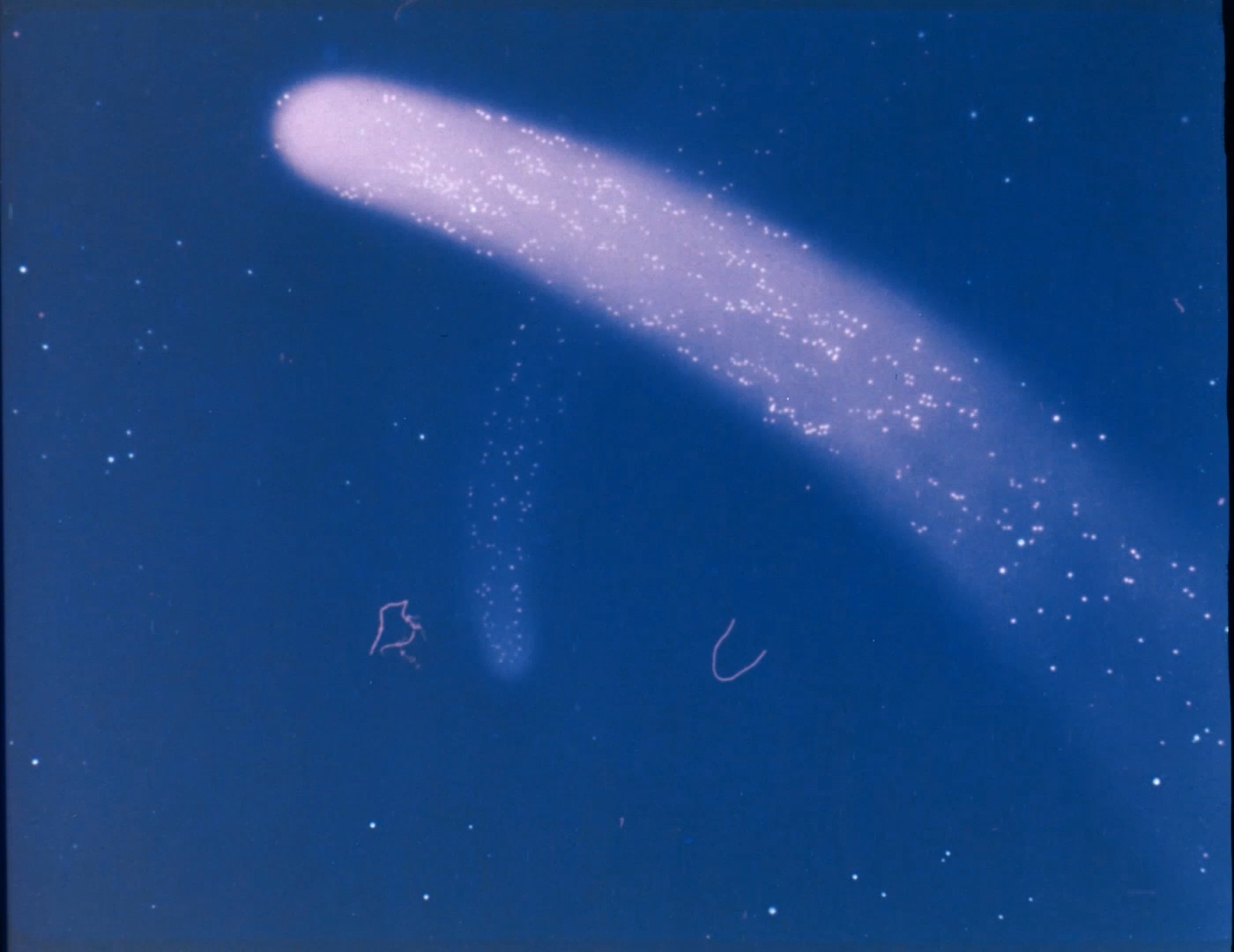 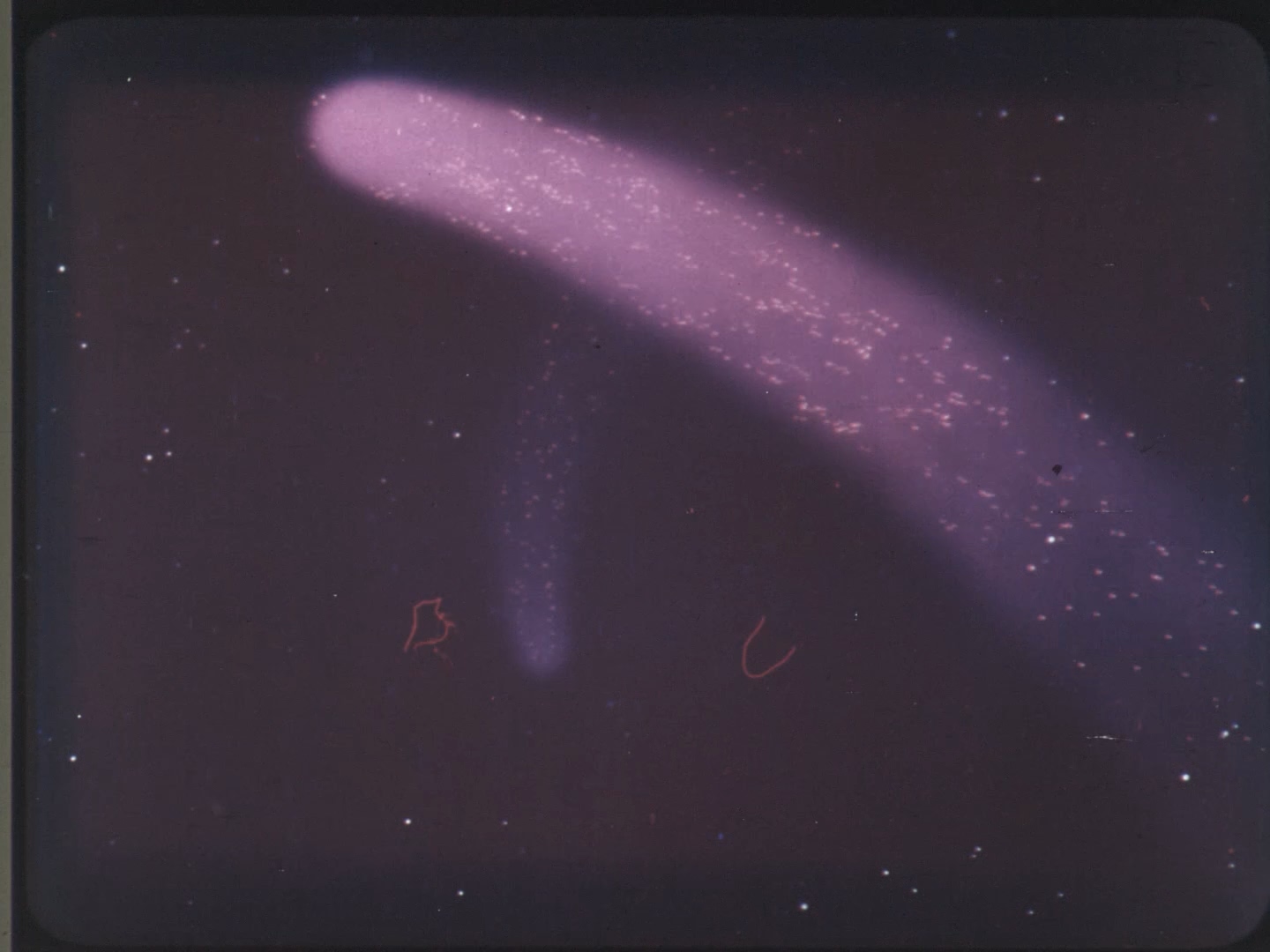 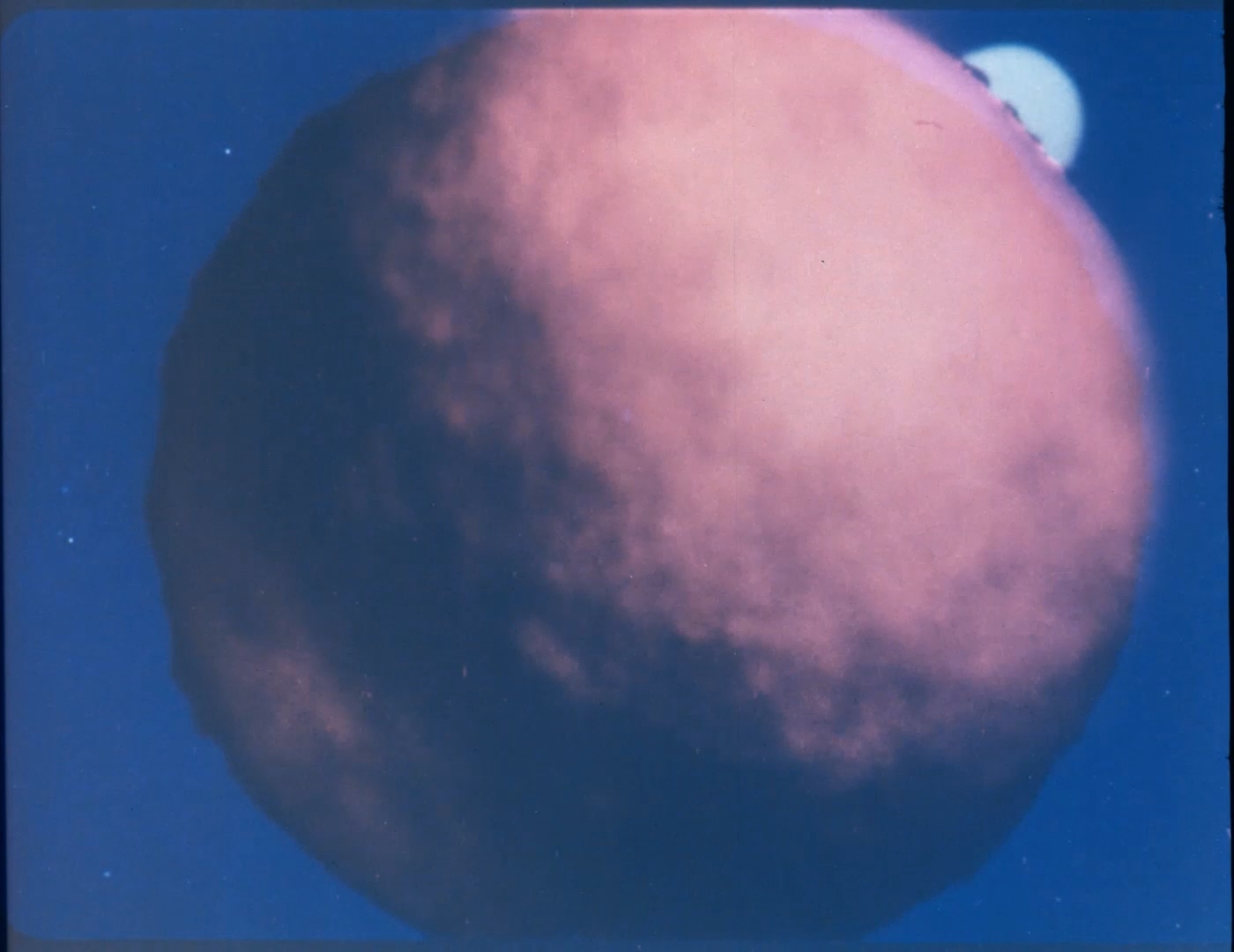 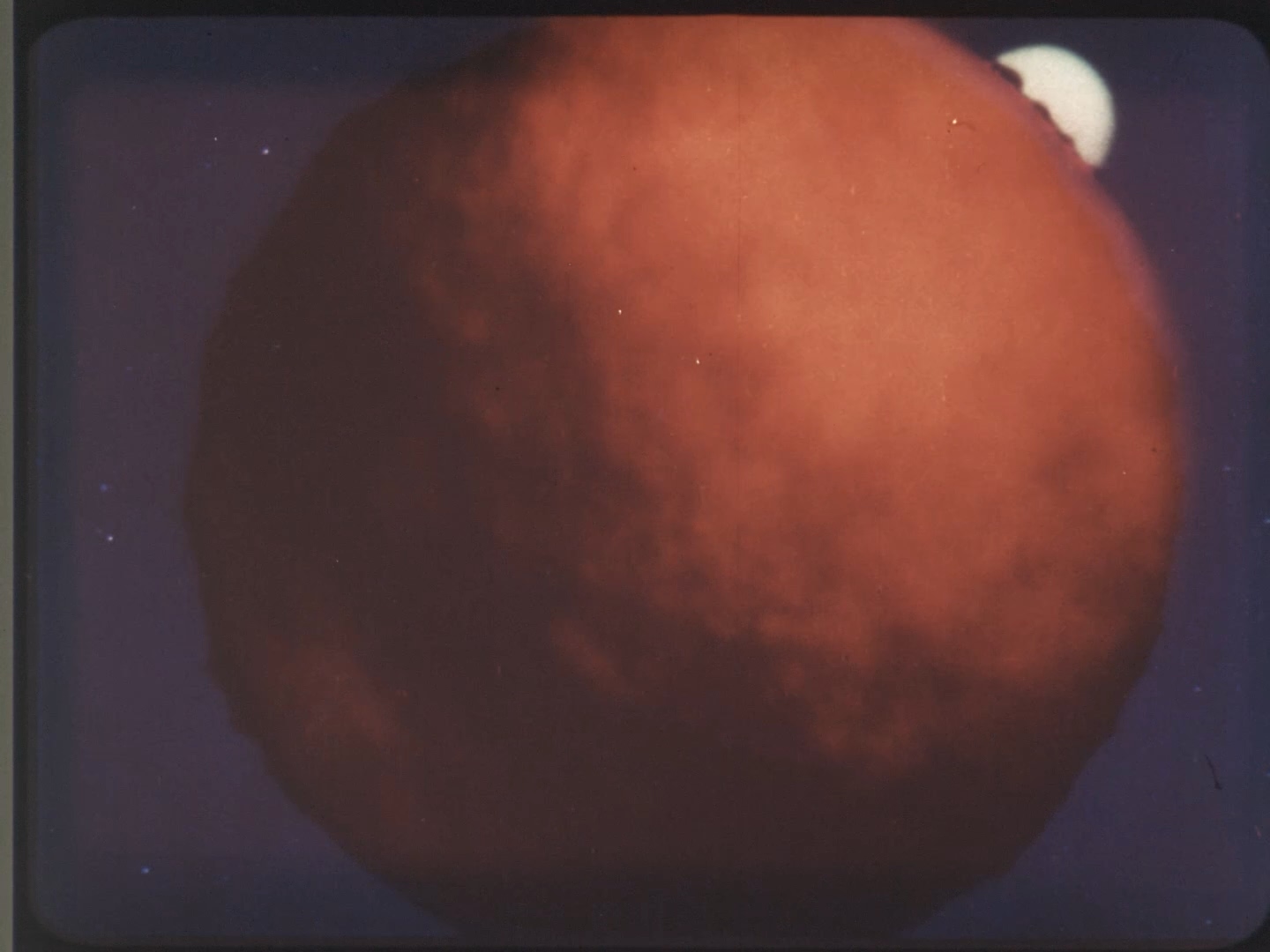 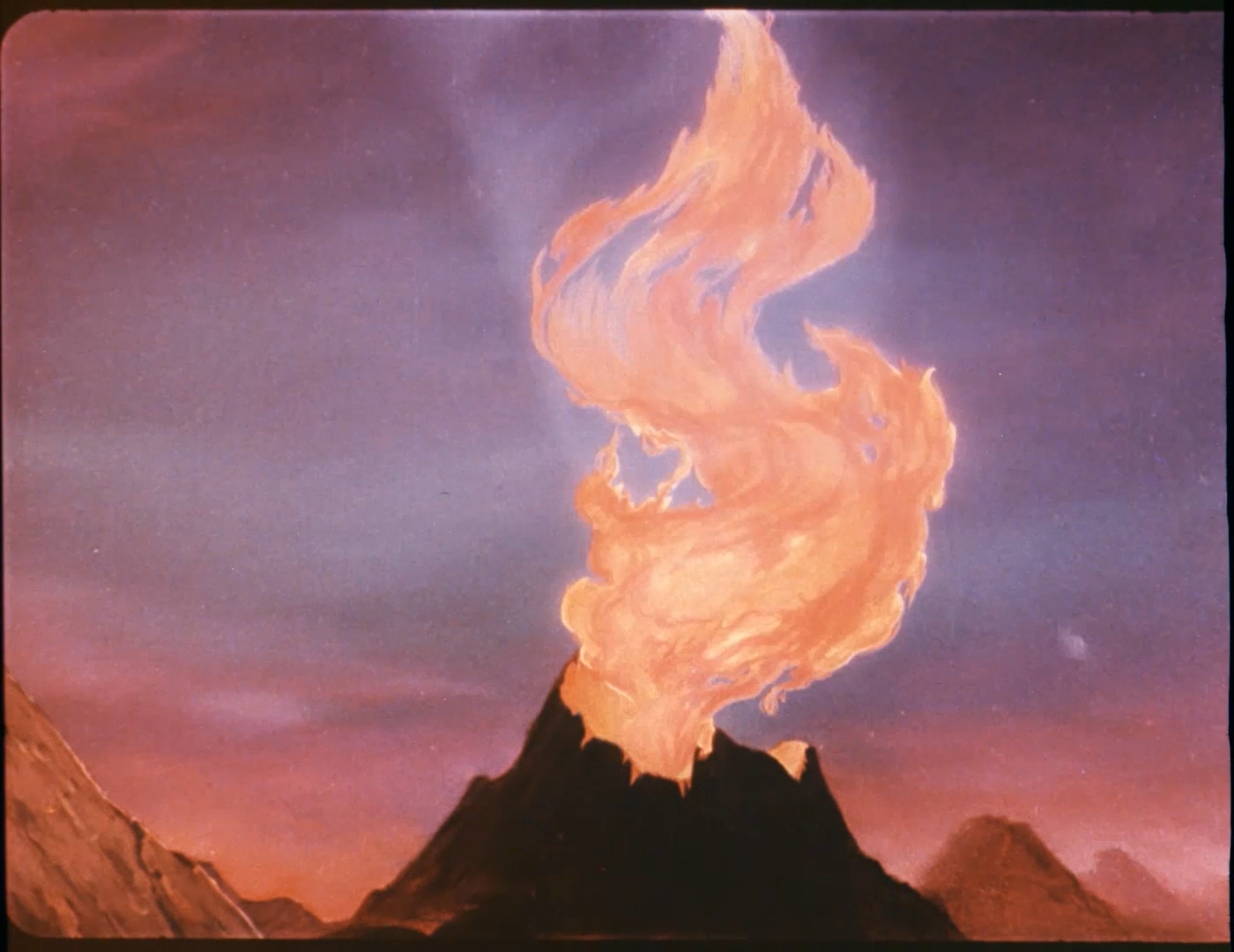 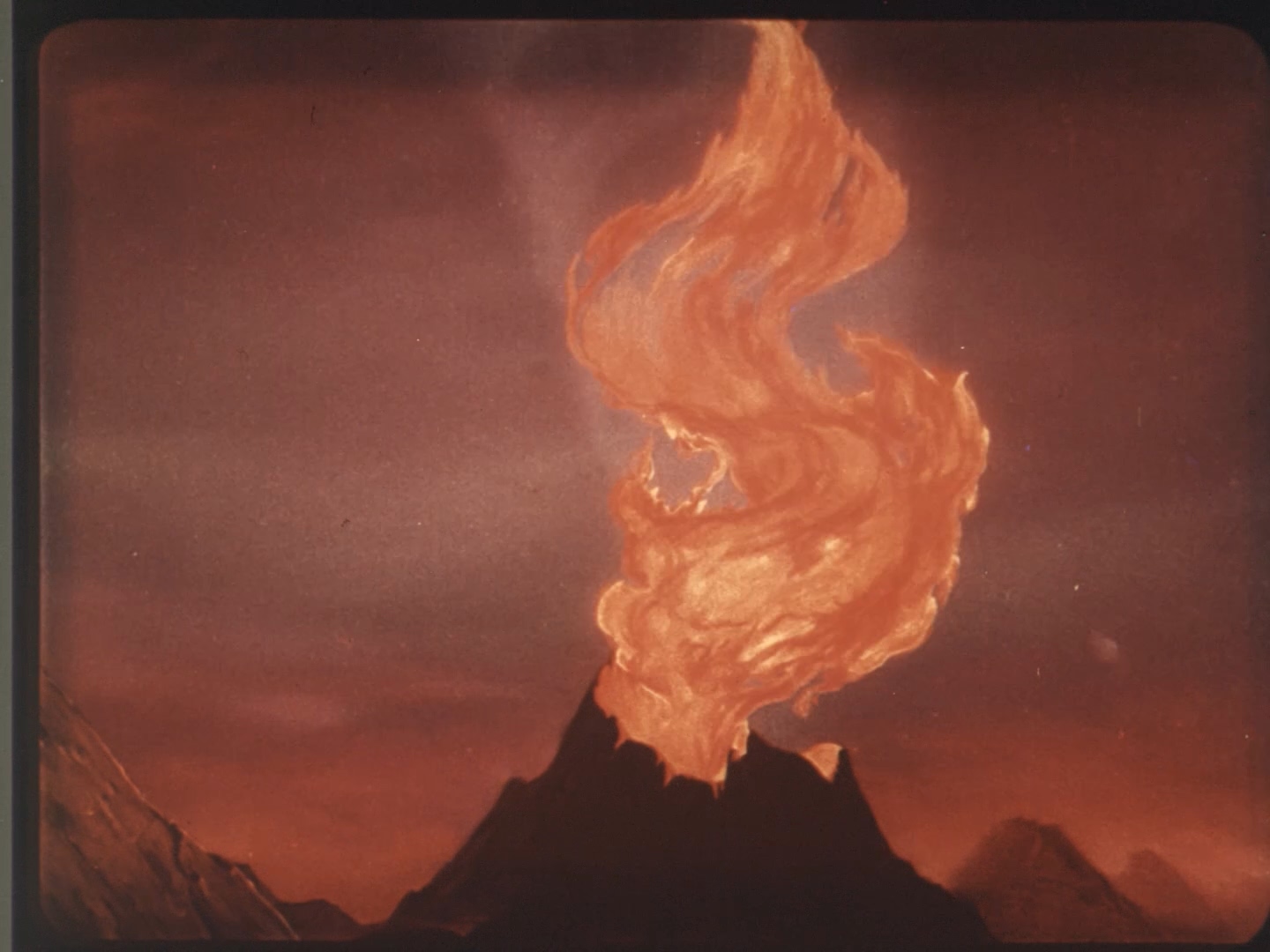 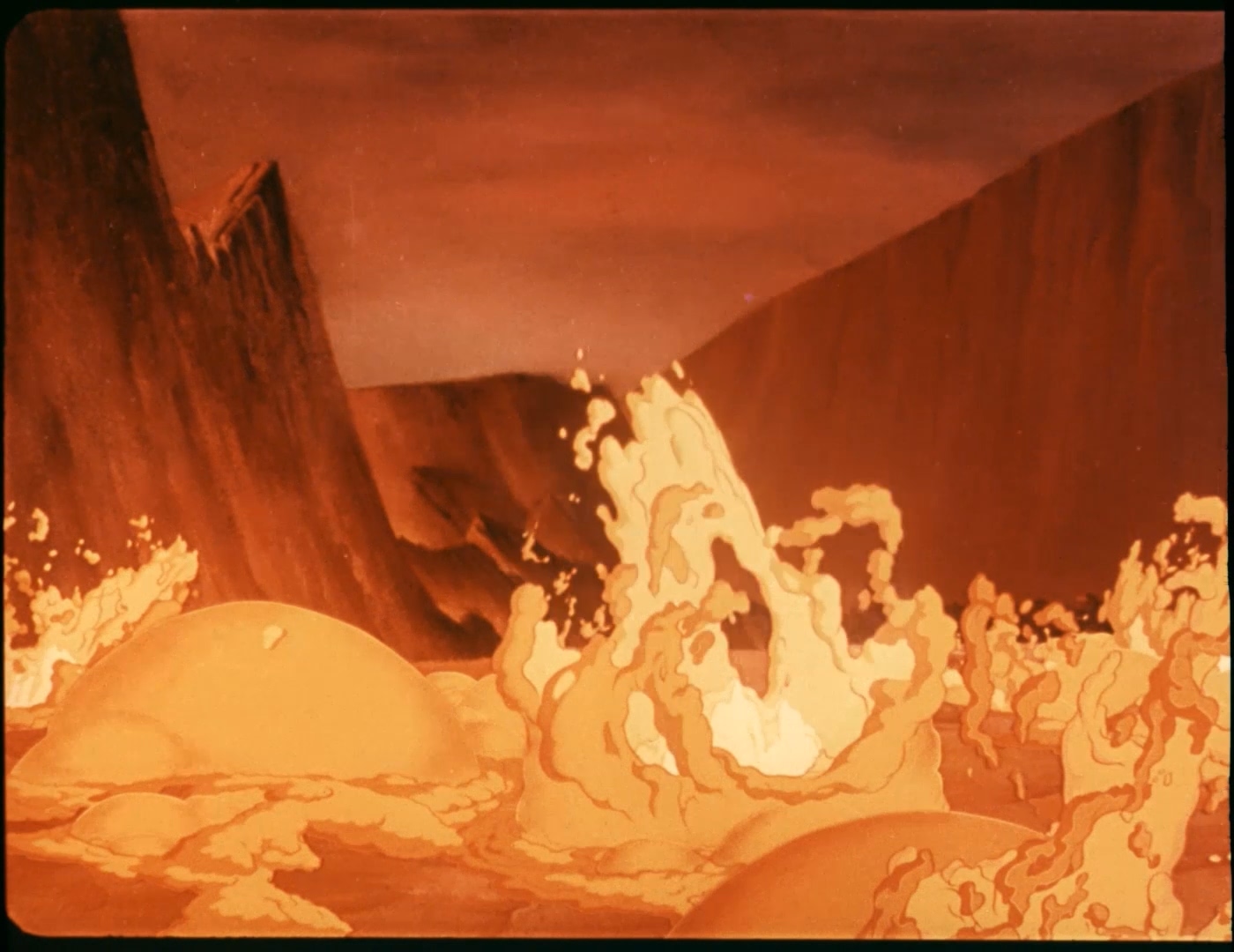 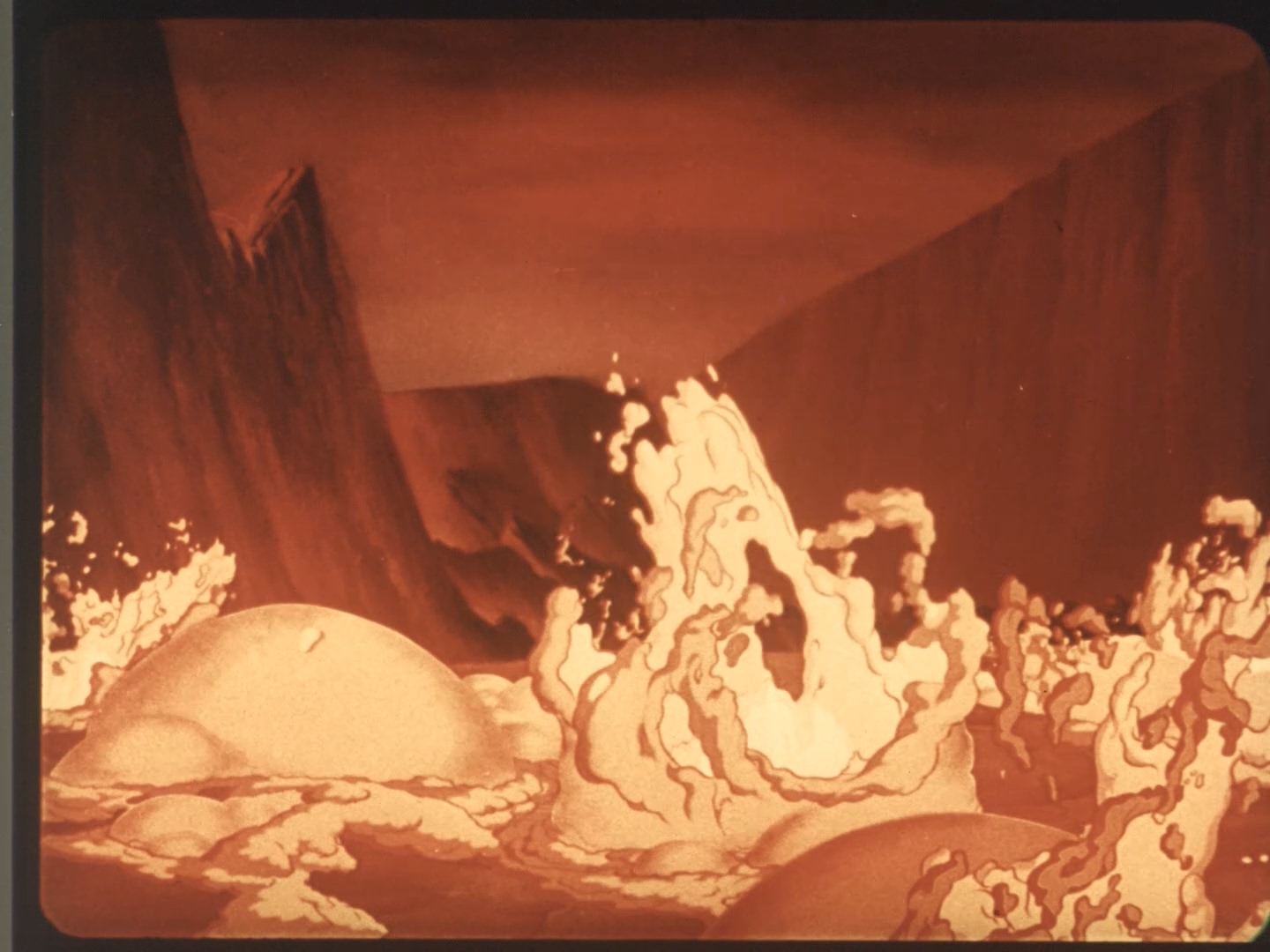 So a few things about the Tech mono print. Firstly unlike poita’s print, this is a FLAT print there is no Superscope image compression. The Superscope version is a mess and as poita described it “horror show”! The print is also in very good condition and clean, so we’ll get a very nice quality scan from it. As you can see it looks quite different to the Kostal print, and would give us a second version to release video-wise. Unfortunately it does have arc burn where the image in the centre is faded/brighter than it should be - however it’s not too bad and when given a correct theatrical crop it won’t be there, it’ll only be visible in the full open-matte version. I doubt we’ll ever see another Tech print that is this good to scan, so if you guys are interested speak up now or we’ll have to pass on it!

Just a reminder, I have video previews for donors (full reels). Any amount would be appreciated and you will get all the previews for both of these films (previous for Fantasia aren’t yet available, except for an 8 minute section). If you donate at least $40 I will also provide video previews of your choice of another scan, and if you donate at least $100 I will provide previews of all Disney films scanned to date that I’m responsible for.

We’re only $400 away from being able to afford to scan the tech mono print! We just need 8 people to donate $50 each! 😉 I don’t have much longer to make a decision on it, so send me a message or post in this thread if you want to help.

Donated! This project, as well as the Phantom Menace film scan, has my great interest! It’d be great to get a preview.

We’ve scanned Fantasia, but the audio still needs to be transferred. That should be done soon.

I don’t have enough to scan Tech mono unfortunately, a few pledged donations didn’t come through. However we shouldn’t need to scan it anyway as the Kostal print still has plenty of colour and also it doesn’t have any arc burn so it won’t need to be cropped.

I was asked by a member about the Sleeping Beauty print. I can say it’s an IB Technicolor print, and near mint condition. I have another print available but it is on faded Kodak SP and probably not worth scanning given how good the Tech print is. Preview of ALL reels are available to donors, and yes you can still contribute to these scans if you would like!

Soon I will be arranging the next Disney film or films to be scanned. Thanks so much to everyone who has donated to my projects it really means a lot and has enabled me to get a lot more scanned than I ever imagined!

SB is scanned, Fantasia Kostal has some delays but is mostly done. Anyone can still donate to these, donations haven’t come close to paying for these ones. 😃

Very happy to hear about SB! I expect to donate after the holidays:)

Any updates about Fantasia’s project? 😃

What happens with these movies after you scan them? Do you upload them somewhere?

Hi. I’m new here but I want to help with donations. How can I send a PM? 😃

I’ve sent you a message, click the speech icon next to your avatar at the top of the page.

Hi RU.08, wondering if any progress was ever made on Sleeping Beauty. If there’s still any need for support let mek now.

A preview encode of Sleeping Beauty is now available for all donors. Please PM me for more info.

Hello, is there still any necessary funding for these, would love to see both of these. I don’t have much but I am willing to donate. Also how do I send money to these? Can you help me out?

I’d love to donate to these as well if possible.

Hello, I have asked a few times on your projects about where I donate and I have sent PM’s as well but have never been replied to. Can I please be told where I am to donate to?