I love that this show is still getting some love and acknowledgment. Only 4 months to go! 😃

Honestly, I have a feeling Rebels will be getting even more love and acknowledgement as time goes on, as it seems to have become pretty integral to the future of these live action Star Wars shows.

Happy Rebels Remembered day everyone! Today I completed an unreasonably long article to celebrate the show: 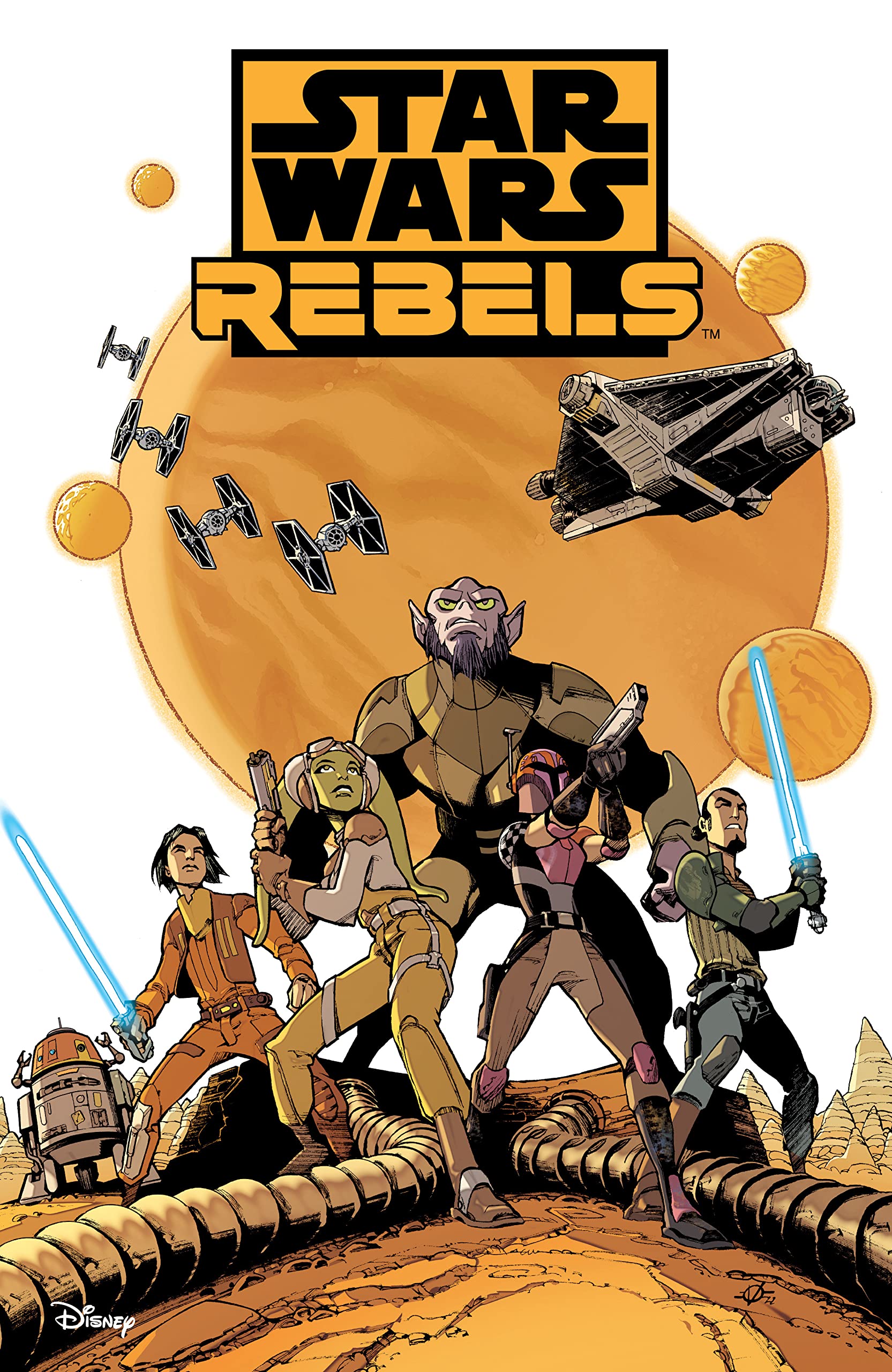 Through Amazon, we now have our cover art for the Dark Horse omnibus of 43 comic strips from Star Wars Rebels magazine, coming out July 12th.

I finally finished Star Wars Rebels last night. Since the show ended over 4 years ago, I’m not going to hide any spoilers.

Overall I enjoyed the show. But it’s not without its faults. My biggest complaint, and one I’ve seen from many others, is the rebels’ victories seem too big in some cases which kinda flies in the face of the original opening crawl “Rebel ships, striking from a hidden base, have won their FIRST victory…”. The finale, freeing an entire planet from imperial rule, particularly feels way out of place to be happening before the events of ANH. Likewise, the final summary of certain characters being in major OT battles felt off and/or shoehorned in.

I also don’t love how “common knowledge” the Jedi are among all the other characters. Not that they know Kanan or Ezra. But that everyone knows what a Jedi is and immediately knows they’re Jedi when they see a lightsaber or force use. And that like all the imperials down to the lowest button masher knows. I’ve always been of the opinion Jedi were very rare even before the empire (10,000? 100,000? In a galaxy of billions upon billions? VERY rare) and that the Empire would do everything in its power to hide, bury, obfuscate, belittle, and destroy any knowledge or belief in the Jedi. To the point that the lowly grunts wouldn’t have even heard of them.

My other gripes are mostly just Filoni-isms. He always has to bring in his favorite characters that he created and then he can’t let them go. I thought Ashoka was actually handled pretty well but the Clones shouldn’t have stuck around after their initial couple episodes. And we get it. You’re obsessed with wolves. Stop forcing that into all the media you work on.

Now, with the negative out of the way, I’ll end with the positive. This show NAILS the adventure and fun of the OT. It looks, sounds, and FEELS like Star Wars. It’s almost everything I would want in a Star Wars cartoon.

The visuals in particular are just spectacular. Going back to the treasure trove of McQuarrie and Johnston concept art was absolute genius and a huge benefit to the show. There are some really breathtaking establishing shots throughout the series.

The characters are all likable and engaging each in their own way. Even “standard Disney male hero” Ezra turns out to be a decent character.

I love the mysticism of the Force in this show. It gets back to that “magical space wizard” feel of the 70’s in all the right ways. Even the loth-wolves. Though Filoni might’ve leaned into them a bit too hard because of his personal opinions, I did like the basic concept of how they were used in connection to the force.

So yeah, perhaps it bends continuity a little too far but overall this is a really great Star Wars cartoon!

Finally getting the Blu-ray disc releases of the seasons. Season 1 & 2 are from the same eBay seller. Only purchased Season Two and the same eBay seller had a separate listing for Season One. Played message tag and the eBay seller is sending Season One for free with Season Two. SCORE.
Season Three and Four later.
Of course I enjoy the Ralph McQuarrie inspired designs for everything in this series but wished the aspect ratio mirrored THE CLONE WARS, and most especially OT & PT. Y’know, 2.35:1/2.40:1.