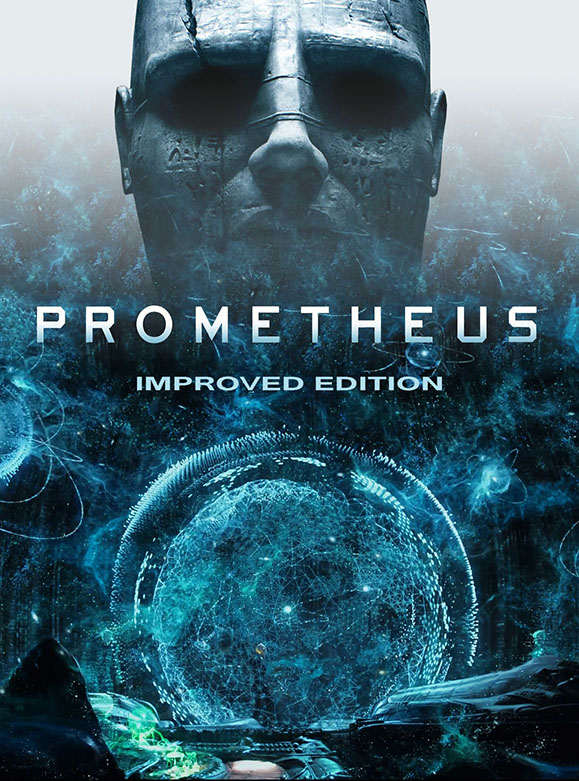 Prometheus is one of those movies that baffles the mind how in a movie with such potential and scope no-one voiced the illogical gaps in the script and the whole movie suffers for it. This edit tries to fix those issues as much as can be done with editing.
And oh man was this a long project. Something happened to the audio where only left and right channels where playing and it took me a long time to figure it out. (I tried to solve the issue from time to time, then got frustrated and did not touch the whole thing for a while). I still had to manually enable the missing audio channels every time I returned to the project after figuring it out. Plus all the color correcting and sound editing. Phew!

-To remove the stupid plot details as much as I could. The scientists are now little more careful in their moves, the DNA is not a direct match and so on…

-Reinstate the material that was left as deleted scenes that actually make the movie make more sense or is just too delicious to be left on the cutting room floor.

-Take out the obvious references to Xenomorphs, partly leftovers from earlier script version and the rest is unnecessary teasing/fan service.

-Removed engineer from the beginning to the middle of the movie to ”build up the mystery” of what they look like (granted they are not super ”alien” though). Credit for this might go to Severian’s Prometheus:Giftbearer for this, can’t remember if I came up with it myself or not.

-Moved the mission brief before the start of the journey, so they know what they are signing up for.

-Removed on screen dates of the movie. I like to keep movies in Alien series not dated so clearly ,so they can be whenever in the future. This movie can therefore now be a sequel to Alien – movies. Also the clearly more advanced tech makes more sense that way.

-Removed people referring David as a robot because they are more commonly referred as androids in this series.

-Removed the scientist stupidity as much as I could: the helmets off-scene is shortened to not exaggerate how risky it is, less careless space snake petting and the severed engineer head is given a small Amp dosage and it’s not pumped up but straight down when the head has a reaction. Fifield can’t contact his mapping balls to give a better reason to be lost (credit to Severian’s Prometheus:Giftbearer for this).

-Took out some religious dialogue and references, like the bodies are 2000 years old and Shaw’s dream where she talks with her dad.

-I cut some of the Holloway’s lines to make him less of an ass after the first discovery and little more likable.

-Removed the info that DNA is a exact match, because how could it be? Seriously, this is a multimillion production and they have these childish mistakes.

-Removed med-pods ”only male”- function. Why would anyone design it that way? Stupid.

-Running away from falling ship shortened.

-Added many deleted scenes like encounter with a small alien worm, alternate Fifield- monster, multiple engineers at waterfall, engineer now speaks when woken up and searches Shaw in life boat-module in the end. These scenes are color corrected to match the movie and stereo is remade to 5.1 sound.

-In the end Shaw is not trying to go to Engineers’ home planet. Why would she want to go alone with David to a planet full of hostile aliens for any question? And she already has a big wound in her stomach.

Also some Alien Covenant promo material edited to the end 😉.

If someone is interested, just ask me a link via PM.

i´d like to watch the movie extra extended with all exists scenes.

The engineers at the waterfall is in the movie , only later. Haven’t seen “Tree of Life” though, I should probably educate myself on Malick movies…

Here is the most difficult change in the edit:

Since I dislike the overt on screen-dating of the timeline, I wanted to remove it and replace it. The BTS documentary ”The Furious Gods - Making Prometheus” had the same ”hero”- shot of the ship but only partly, missing the beginning. This meant that I did not have a clean video background footage for the whole shot. So I ended up doing several frames in Photoshop removing the text, from different parts of the footage. I then keyframed those stills to move and twist with the footage to work as a background when masking the unwanted text in the part that was missing the clean footage.

The jumps from one to next background still frame was a bit wonky in parts but luckily the new text covers it up quite nicely until the background video takes over. I also had to take the letters of my new text from elsewhere in the shot, clean them up and fade them in as separate layers. So the effect comp was quite busy with layers in the end.

I also ended up taking out the last text row because it’s a bit confusing in my edit as the mission briefing takes place before the journey begins. This was easier as the background footage was available as a whole.

First of all: thank you for the dwn link. You did a great job. I don’t know if I’d rather not see your version at the cinema.
Single minuses - in some places is your cut scenes a little bit clunky.

I really enjoyed this edit.

It does a good job cutting the annoyances and adds a fresh feel to the film.

Glad to hear you have enjoyed it! =)

Hi there, could you send me the link to download your improved edition? I am from Brazil and a huge fan from Alien movies and Prometheus is my preferred. I did the profile on this site only to send this message. Hope you reply! =)

Hey alien fan, it’s only right that a major Alien/Prometheus fan can see this as well! You now have a private message with the link. And if you have energy for it, I would like to read your thoughts here after watching it.

Hi, sounds great!
Could I get a link?
Thanks!

Dazman, I sent you a private message.

Also, what software or plugins did you use to implement your 2.0 to 5.1 conversion?

Thanks, yeah the new text was a lot of work.

I used Adobe Audition for the sound mixing. I think my sound editing process was pretty ad hoc, and the are limitations what you can get out of stereo sound so the new deleted scene tracks are really 5.0 since there is no real base channel. Otherwise it’s just careful study of soundspace in theatrical scenes in the some location and mimicing that and/or matching soundlevels and channels to the scenes right next to added deleted scenes.

Here’s how you can quickly make an LFE channel:

The reason I asked is because I heard about this tool which is supposed to work wonders for converting from 2.0 to 5.1: https://nugenaudio.com/haloupmix/
and was wondering if anyone here had tried it or something similar.

Sounds like you are a wizard if you did this manually in Audition!