" We've confirmed something that we'd begun to suspect... and it's probably going to disappoint a lot of you. It certainly disappoints us here at The Bits. Those new DVD editions of the Star Wars films? The original theatrical versions of the films are going to be non-anamorphic (our original post on this indicated otherwise, but we have confirmed that the widescreen versions will be letterboxed only). What this likely means is that Lucasfilm has simply re-purposed the previous non-anamorphic transfers that were done back in 1995 for the last laserdisc and VHS release of the "original" versions of the films. And with that, our enthusiasm for this DVD release has just dropped through the floor. Anamorphic-enhanced versions of the theatrical editions, we'd buy in a heartbeat. But what we're going to get instead is little better than a ported-over laserdisc. In this day and age, releasing a widescreen film without anamorphic enhancement on DVD is just unacceptable. Does Lucasfilm really think fans want those versions of the films on DVD so badly that people just won't care? Yes Virginia, they do. How many versions of these films do you suppose Lucasfilm will try to get fans to buy in high-def over the coming years? And think about it... you just know the studio has to be prepping yet another standard DVD release for next year's 30th Anniversary of the original Star Wars. Do you suppose this means that the theatrical editions won't be included in the super-über box set of all six films? Probably. Ugh."

Thanks George....
As I said before, this kind of decision would not surprise me, and it hasn't. Good Ol' Lucas. I wonder what The Biz will have to say about this.
MeBeJedi: Sadly, I believe the prequels are beyond repair.
JediRandy: They're certainly beyond any repair you're capable of making.

JediRandy: I won't suck as much as a fan edit.
What. The. Fuck.

Lucas can kiss my ass!

Why not do it half-assed? They are a limited edition. LFL isn't looking to break sales records with this edition, and by doing this, he's almost guaranteeing it. We don't want to make the SEs look like a red-headed stephchild now, do we?

We may be getting what we "want", but not what we've wished for. Move along, move along.

[EDIT] I love this from the paragraph below it...
Thankfully, however, both versions of [Apocalypse Now] on the new DVD will be in anamorphic widescreen (unlike some OTHER forthcoming and much-beloved films on disc).
MeBeJedi: Sadly, I believe the prequels are beyond repair.
JediRandy: They're certainly beyond any repair you're capable of making.

JediRandy: I won't suck as much as a fan edit.
I'm waiting to see. Just because thedigitalbits says so doesn't make it so. And like I've said before, even if these are from the same masters (which they can't be entirely when you think about the promised original crawl), they'll still look better than any LD transfer.
I'm out! FUCK YOU Lucas!
It just sucks... call me paranoid but I'm sure this has been done to make the SE's appear better, and to 'prove' to the general population once and for all that the SE's are ultimately superior in everyway....

If this REALLY is true Lucas can stick it where the sun don't shine I've just about had enough of his bullshit attitude - I'll just borrow these off a mate when it comes out instead...... I really don't understand Lucasfilm these days....
10 minutes after first post and 3 offensive replies already. This thread needs JediRandy.

hahahahaaa genius! :-)
ROTFLMFAO!
MeBeJedi: Sadly, I believe the prequels are beyond repair.
JediRandy: They're certainly beyond any repair you're capable of making.

Yes. Excellent point.
This kinda reminds me how the "Real Genous" DVD cover was this bizarro Photoshop monstrosity, but the backside had the actual, original case cover - as if someone involved with the cover knew that people would hate it, and secretly inserted the correct one so that real fans could replace it.

What it originally was:

The insert (Not great, but certainly better - I wish they hadn't removed his balls, though. 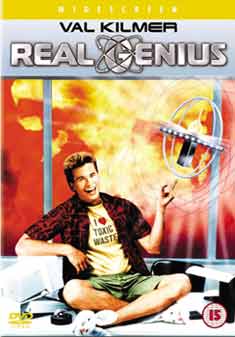 MeBeJedi: Sadly, I believe the prequels are beyond repair.
JediRandy: They're certainly beyond any repair you're capable of making.

JediRandy: I won't suck as much as a fan edit.
Ugh. I just became both elated and entirely disgusted within the elapsed time of about 30 seconds. I saw the new DVD covers, and really started to feel pretty good. While they certainly aren't the greatest (and not as good as a lot of fan covers), I did get the slight impression from them that Lucasfilm was actually taking this release seriously. Ok cool. Then I read the digitalbits and all the air all of a sudden leaked out. I'm still going to hold judgement until I see the final product, but if these things are shit, then I'm done. You win Lucas, I'm moving on.
40,000 million notches away
Something isn't right about all this - I have read several times now that they have had the original versions of the films chemically washed for this release? If so that means a fresh transfer and not the LD masters.... Now if THAT is the case the only reason it wouldn't be anamorphic is to deliberately make them appear visually inferior to the SE editions which are also included.... I mean that's the only reason I can see for it being Non Anamorphic.

If it IS from the LD masters, then are they going to 'cheat' and digitally recreate the opening crawl sans the New Hope bit?!? And - worse - if it is LD sauced then that means the 1995 mix doesn't it whilst not bad, it's hardly original.

Looking forward to hearing something more official about these releases....
This is very dissappointing. Very, very dissapointing.

Would it be that hard to transfer them to another disc, and make them anamorphic without loosing quality? If so... I guess these "awesome new DVDs" will be nothing more than new source material to work from.

Looking forward to hearing something more official about these releases....

I WAS looking forward to hearing more, but now I am not. The more we see and hear, the worse it gets. Wake me up in September.
Originally posted by: The Dean of Don Mills
I'm out! FUCK YOU Lucas!

Hell, I only reserved Return of the Jedi at sam goody so i could redeem a card for 2000 bonus points in their replay club, since another movie i was looking for wasn't there. shame is I'll probably lose those points if I were to cancle it and get my $5 back.

I think preservation efforts should continue. OCP's classic editions are loads better then what these DVDs will be
If the prints were washed for this release (meaning a new transfer), there's no way it'll be letterboxed. I don't believe in this whole "deliberately inferior" conspiracy. If they're letterboxed, that means '93 tape masters, which seems to be what thedigitalbits is implying. But remember that this contradicts Darth First's information. So I'm waiting to see.
Coming into this heavily populated thread, I feel rather stupid, but if one never asks, one never learns. What is the difference between it being anamorphic and it simply being letterboxed?

Originally posted by: Gaffer Tape
Coming into this heavily populated thread, I feel rather stupid, but if one never asks, one never learns. What is the difference between it being anamorphic and it simply being letterboxed?
Anamorphic has a 33% sharper picture, since more lines are devoted to the actual image and not wasted on the big black bars. When encoded, anamorphic images are squeezed and then when played back on a 16x9 monitor they are unsqueezed, giving you the highest resolution possible.

Neil - not sure why people are shocked at this announcement

Well at least the reversed surround channels have been addressed.

I knew it was too good to be true. Lucas hates the REAL trilogy. He cares for his shitty SE and prequels. If these movies were washed, than the conspiracy theory would prove right. This seems more like a kick to OT fans in the nuts. Seeing as how we prefer the old, this seems more than likely a way for us to forcibly forget the old movies. Take what I give you or go to hell, this is what I hear Lucas telling me. Non-Anamorphic, what the hell is that! WHY DO THIS!