I’ve been catching up on Better Call Saul and I think it’s great! Breaking Bad is somewhat overrated imo and BCS definitely exceeds it for me. It’s just a lot more fun to watch and I find all the characters much more fascinating.

Currently watching Code Lyoko (rewatch) in the morning and Batman: The Animated Series (first time) at night. They work well in those time slots.

Given how old you folks here tend to be, you probably aren’t familiar with Code Lyoko, but do yourself a favor and give it a shot. It’s about a group of schoolkids defending the Earth from an evil computer virus by entering a virtual world while trying to bring their virtual friend into the real world. The first season episodes are all self-contained (save for the finale) but later seasons have story progression. Oh and the real world is 2D animation while the digital world is 3D.

Batman is great too, but the Internet has already waxed endlessly about it’s greatness, so I don’t feel the need to add to it. I’d be hard-pressed not to mention it’s brilliant stylized art deco design, though.

I hope you’re watching Batman in airing order and not in the ridiculous production order that it has always been released in ever since.

I’m watching it in what I understand to be production order. Eventual I got suspicious when Harley Quinn showed without introduction, so I looked into viewing order and couldn’t find any alternative, besides airing order, which seemed just as absurd. They had two-parters with other episodes in between, ffs. So I stuck with production order. I think I’ll compile a recommended viewing order afterwards. Really, though, it doesn’t matter since the stories are all self-contained.

That’s really only true of that first two-parter and that was due to Fox meddling. After that they kept to the intended original airing order. You could easily just watch both parts to that first arc and then continue on with the list without rearranging anything else.

The production order really irks me because Joker’s Favor is such a better introduction to this iteration of the Joker over what you’d get from starting with Christmas With the Joker.

Agreed. Watching in production order, Joker’s early episodes were an embarrassment. In fact, the show didn’t really win me over until five episodes in with The Underdweller.

Someone made a “chronological” order that’s partly based on the Nolan films’ concept of “escalation” - early episodes focus more on street gangs and realistic villains and it gets more “out there” as it goes along - but I’ve never sat down and done a watch of the series in that order before so I don’t know how well it plays.

Was it this one? I saw that the other day when I was looking up an airing order list. It intrigues me and I might give it a go someday.

As for the concept of escalation with Batman, I’d say that dates back to the original Batman: Year One that follows the start of his crusade. There’s actually a great list of the comics that continue on from there here. The Archie Goodwin run of The Legends of the Dark Knight was phenomenal.

Yep, that’s the one, though it doesn’t appear to be the same blog post (or maybe they changed their software and his formatting got borked).

Thanks for finding that though, I was too lazy! 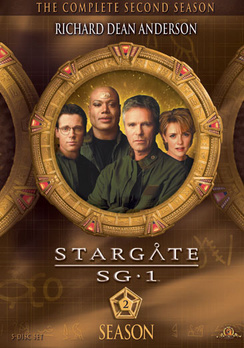 Better than Season 1. I’ll go so far as to say it’s almost good, but not quite. Perhaps if I was watching through this series for the first time, I’d be less critical. But I used to be a diehard SG-1 fan; I’ve watched every episode from Seasons 1-6 and multiple episodes from Seasons 7-9. I know that lot of the stuff I loved about Season 2 are either never touched upon again or are taken in directions I don’t care for in subsequent seasons.