“You know if he wants to see it, I would show it to him. I’m trying to get George to make a feature based on Boba Fett.”

When asked if he would direct the film Johnston said simply, “I would like to, it would be a lot of fun.”

If they did this, I think it could go either way depending on how much Lucas wants to get involved in the project.

I am both excited and apprehensive about this.

I: I really like Boba Fett, and would love to see him kick more ass.

II: They only seem to make the character worse as they do more with him.

After what he did to Jurassic Park III it really shook my confidence in him as a director. I have high hopes for Captain America, so we'll see how he does with that.

I don't see why not, I guess? It would be a cool action movie, set in the Star Wars universe. Sure!

No. Not for me, no. Leave the existing characters alone, please. Make as many movies as you want in the Star Wars universe, its a big universe. Leave Fett and others alone. He's not that interesting (anymore, now that he's just a clone).

Cant they just as easily make a movie out of Garindian from "Star Wars"? 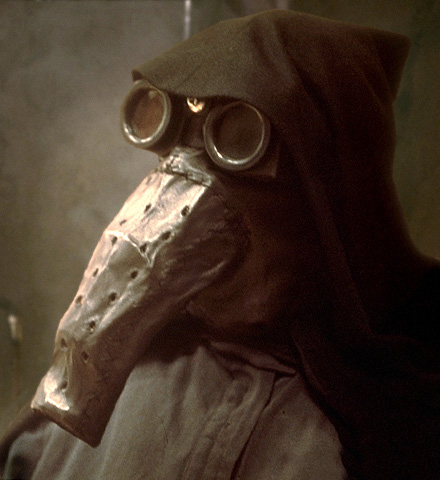 Cant they just as easily make a movie out of Garindian from "Star Wars"?


Cant they just as easily make a movie out of Garindian from "Star Wars"?

I vote for this.

I forgot that Fett would be a clone. I don't want to see him struggle with his identity in a post-PT world.

I'm sick to death of Temuera Fett and the fucking Mini-Jangoes. I hope this idea dies a hard, final death.

It could take place between Empire and Jedi.

After the 'STAR WARS' logo disappears into the distance, we scroll down to Bespin as Slave I leaves orbit, and flies by the gathering Star Destroyer fleet. Just after he jumps into lightspeed, the prologue starts up, etc..

Then, after the floating words disappear into the distance, Boba Fett reappears out of lightspeed, and we pan over to Tatooina. We watch as he carefully approaches Jabba's palace.

Then, we watch as Boba hangs around the palace, having sexy adventures, and deals with intra-personal issues that make him question his existance, and purpose in life...and that's when C-3P0 & R2-D2 arrive to spice things up.

If you want Nice, go to France

So Boba Fett is the new Rocketeer. It could work. It could be horrific. It could be creating buzz for Rocketeer II
http://www.sliceofscifi.com/2011/06/29/johnson-interested-in-rocketeer-sequel/

I guess it all really depends how well Captain America does.
"You're only as good as your last movie."

Put this story after ROTJ. Like in the comic books, make him escaping the Sarlacc.

Add Mark Hamill's  cameo when Fett is finaly captured by the alliance and then he force them to not put him in jail because he knows hidden places where Empire's Troops are Hidding.

Add a twist with an old Mace Windu also not dead (with a hook in place of his right hand. Or better, a light saber directly connected to his brain) So Fett could have his revenge for Mace killed his father.

His explosive escape from the Sarlaac would make a good opening.

^Reborn in blood and vomit. Our bullet-headed carbon copy deserves nothing but the best ;-)


Cant they just as easily make a movie out of Garindian from "Star Wars"?

He also has a voice like dry tight wind.

True Star Wars fans don't give a shit about minor characters. Except for the Emperor's Royal Guard. Those guys kick ass. Except in ROTS. Fuck, this thread is making me think about the prequels! I hate that.

You know who I want to see more of? These guys

You know who I want to see more of? These guys

Hell yeah! Sate Presage and his cronies are gonna' fuck you up!

I suppose it's possible they hot footed off the DS in a shuttle before it blew up. They were probably out the door the minute they heard Palpy screaming. ;)

Except the clone part. That is pretty lame.