You’re welcome! That’s the problem when there are in existence several editions of movies with different transfers/masters… But at least this BD’s not overly expensive 😄

01 Distribution in Italy released Once Upon a Time in the West on BD back in December. I have a copy but haven’t viewed it yet. Not sure if/how it differs from the Paramount BD in terms of PQ. I’ll update this thread once I get a chance to check it out.

Which version of the film does it have? Does it contain the uncut version and the correct end credits music? Does it have lossless English mono?

I can’t seem to find a hybrid cut of FAFDM. Does anyone know where I could find it now?

I can’t seem to find a hybrid cut of FAFDM. Does anyone know where I could find it now?

Very easy to find by just Googling it OR it’s on the Paradoxical site although that site has been down quite a bit for a while now.

Hey all. I’ve got a quick question - has anyone confirmed if the 01 distrib version of GBU/BBC that came out in Dec 2013 - this one - is the same master as the 2009/2012 Mondo release - this one? I put in an order for it on Amazon Italy yesterday. It hasn’t shipped yet so I’m wondering if I should cancel it and order the Mondo 2012 release instead. I don’t want to have it turn up looking the same as that god awful 2014 MGM release.

Hey all. I’ve got a quick question - has anyone confirmed if the 01 distrib version of GBU/BBC that came out in Dec 2013 - this one - is the same master as the 2009/2012 Mondo release - this one? I put in an order for it on Amazon Italy yesterday. It hasn’t shipped yet so I’m wondering if I should cancel it and order the Mondo 2012 release instead. I don’t want to have it turn up looking the same as that god awful 2014 MGM release.

They’re the same master but I would get the Mondo BD since it’s not region locked, whereas the 01 is.

They’re the same master but I would get the Mondo BD since it’s not region locked, whereas the 01 is.

Great! Thanks for the advice. Guess I’ll go for that one then. I’ve found a brand new Mondo copy on eBay for slightly cheaper too, so that’s a plus!

There is a (silent) remastering of the new (4K) restoration which actually features original mono in English. I have specified details in my mono audio thread:
http://originaltrilogy.com/topic/The-Good-The-Bad-And-The-Ugly-1966-remastered-mono-track-for-4K-restoration-Mondo-IT/id/16791/page/6

So how does the new Kino compare to the MGM mess? I’m hoping Kino’s new remasters of the rest of the trilogy and DYS are good enough that I can chuck my German and Italian releases and my old Anthology boxed set and finally save some space!

I guess outside of a fan restoration, we’re never getting OUATIW with lossless mono.

According to the folks over at Blu-ray.com, saying that Kino’s releases are disappointing would be the understatement of the week.

It’s the same as the MGM but with altered colors.

And they totally fucked up the chance to fix Duck, You Sucker. It’s beginning to look like unless someone licenses them in the UK, proper releases are a pipe dream 😦.

I appreciate I’m late to the party, but I’ve just purchased the Italian BD of Duck, You Sucker!

I was wondering if anyone had the fixed audio track/fan edited version of the film, and whether they could DM me a link?

This is my very first time seeing the film, and as a Leone fan since childhood, I wouldn’t want to experience a lacklustre version as all these home releases seem to be.

I grabbed the German discs of FOD and FAFDM, the Italian disc of DYS, the Paramount release of OUATITW, and the sad Kino release of GBU. They’re the best options I have; it’s GBU that’s the real tragedy, but it’s the best I’ve got. I suppose we could hope that someone like Arrow gets the rights in the UK, but I’m not holding my breath 😦.

This particular release of Leone’s 1965 For a Few Dollars More, is finally, a revelation.

I have no idea why it’s taken this long to get it correct. Whether the hands, the budgets, or intimately, the post facilities and their hard and software.

I’ve not seen a quality representation of this film, since I saw it as a dye transfer print back in 1965.

The same problems seem to have affected the entire series.

And along with them, more extras than one might think would fit on a single disc.

While I’m not familiar with any of the foreign releases, domestically, this is the one to own. It beautifully mimics the look and textures of dye transfer prints derived from the Techniscope originals.

This certainly bodes well. But will it include scenes not seen on American releases since 1987? Hint, hint: “Why let them live?” All things at the right time…

Is the latest BD for OATIA really the 269min cut? As in, the real director’s cut?

I ask this because I see the run-time for the BD as 251mins. Which makes me think it’s missing 18mins from Leone’s fabled complete 269min cut.
If it really is missing 18mins, I don’t see how Warner Brothers can call this a Director’s Cut when it wasn’t an intended cut by the director…

I have this release. http://dvdcompare.net/comparisons/film.php?fid=21670#4

Can someone tell me where can I download this excellent regraded moveie?

A Fistful of Dollars - New Restoration

The HFPA Film Restoration Summit including panel discussion and the screening of Sergio Leone’s “A Fistful of Dollars” will take place March 9, 2019 at the Ace Hotel in Downtown Los Angeles. Stay tuned for more infos…

“Cinema heritage documents the way we lived, shows us the way we felt, captures the dreams we dreamed, and helps us to understand the experiences of times different to us so future filmmakers can be inspired to add to that heritage,” stated HFPA President Meher Tatna in her opening remarks. Since 1996, the HFPA has been a great champion for restoration– dedicating 6.5 million dollars over 125 projects. Among these, Sergio Leone’s masterpiece A Fist Full of Dollars starring Clint Eastwood, which screened for all present Saturday. 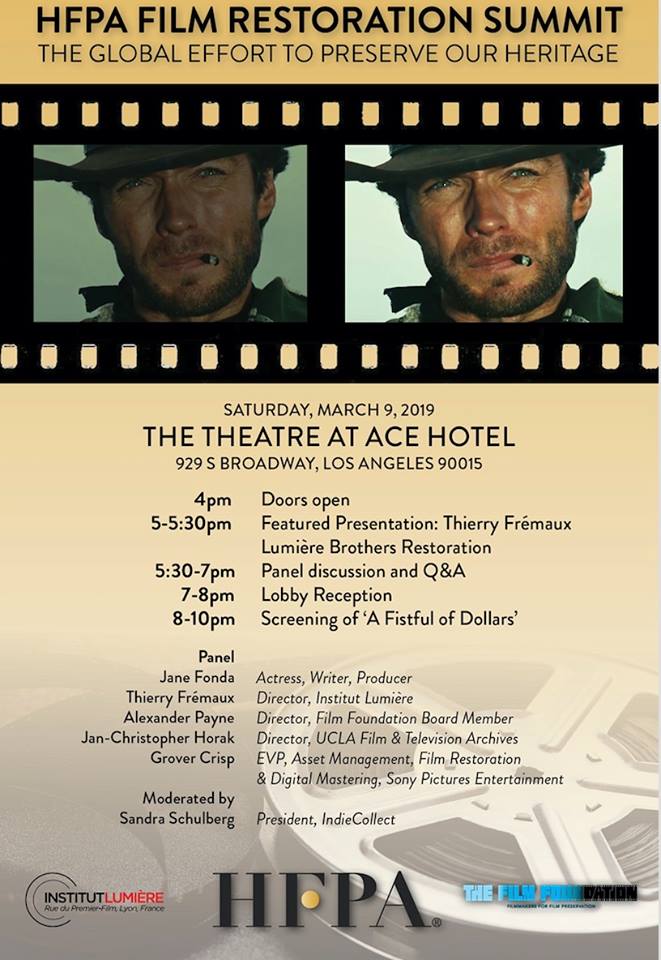 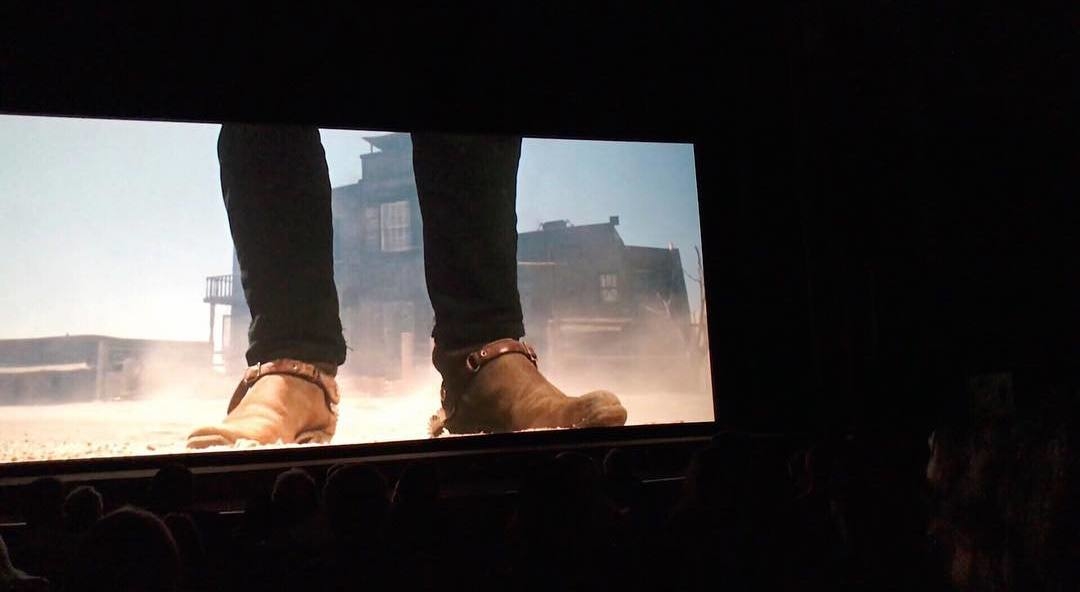 DCP screening - maybe is it.
https://filmforum.org/film/sergio-leones-clint-eastwood-trilogy-a-fistful-of-dollars-4-22 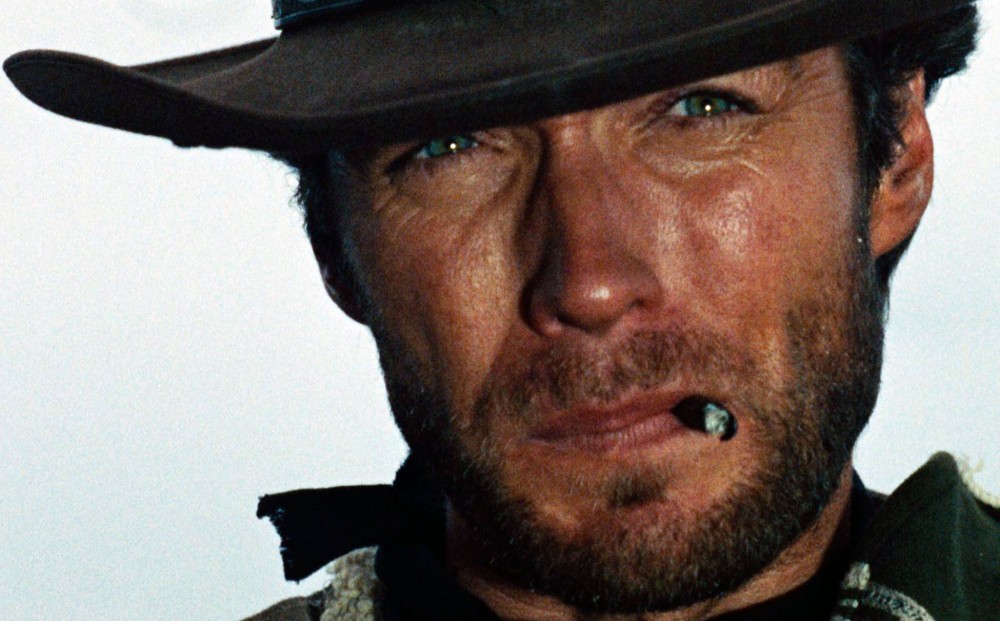 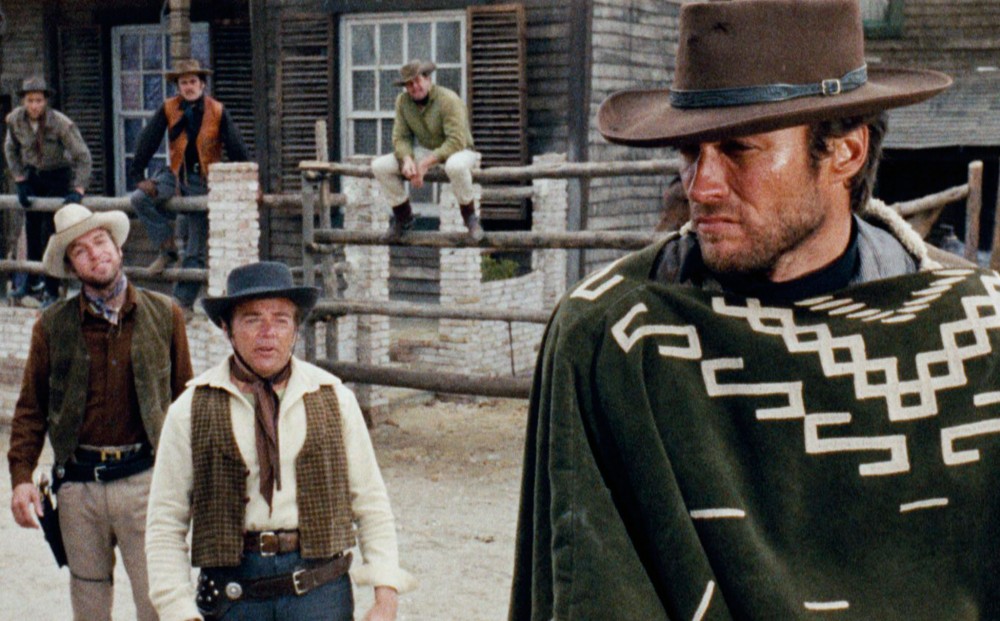 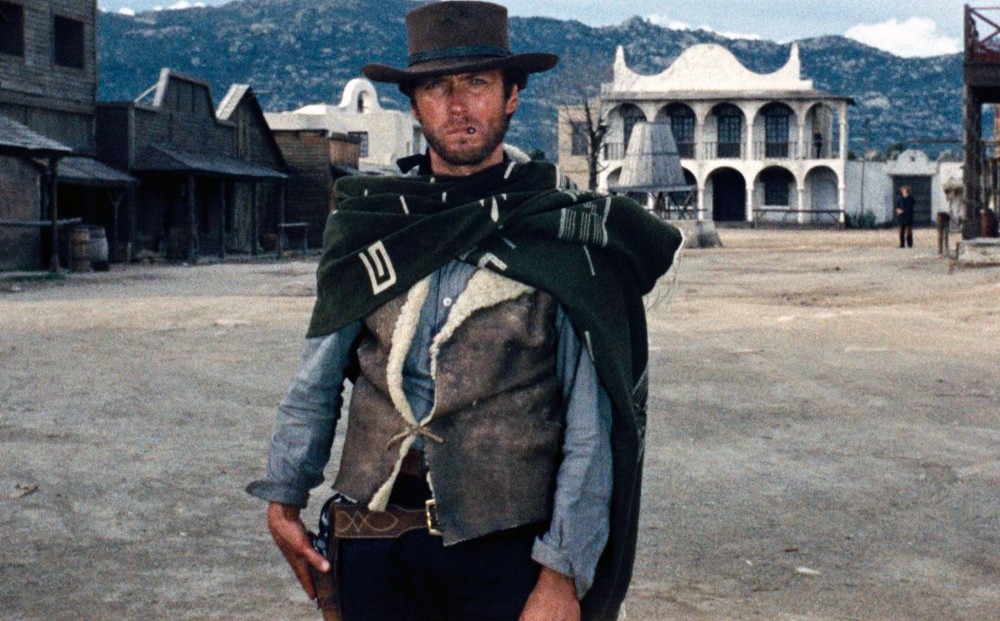 Am I crazy or does the picture to the right have a wider Clint?

Just looked at the copy of the Good the Bad and the Ugly on UK Netflix and it’s the extended version and appears to have the same colours as the Mondo version no horrible yellow tint.

Once upon a time in the West has been restored in 4k and shown on various fim festivals. Has anybody heard of a noew release on BR or UHD?

Apparently there’s a new version of DYS out from MOC in the UK, and it’s cut for 6 seconds of animal cruelty, but has the corrected soundtrack. I wish MOC could get the other Leone films. I have the German releases of the first two films, the Kino of GBU, and the Paramount of West. I guess these will have to do for now. Wouldn’t it be nice if we got a proper boxed set?

I’d be up to redo the good the bad and the ugly, as in, take the 4k transfer and re-correct it.

Man, oh man, does the Kino transfer of GBU look rough. Shame it’s probably the best we’ll be getting for the foreseeable future 😦.