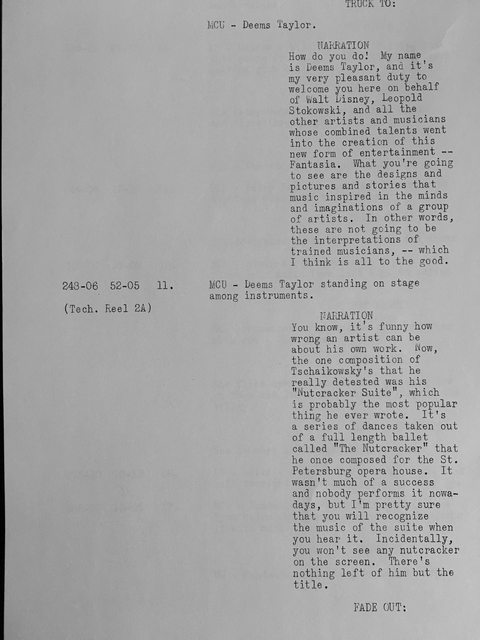 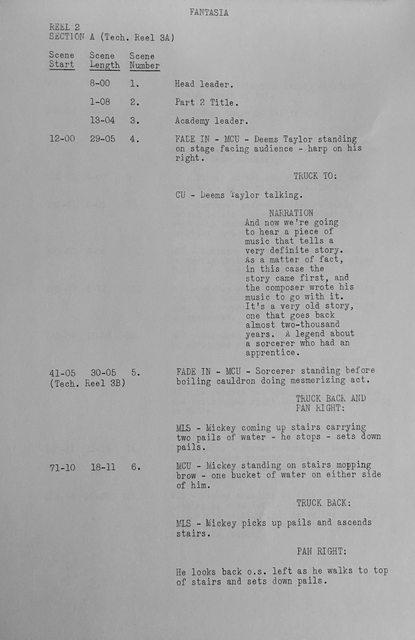 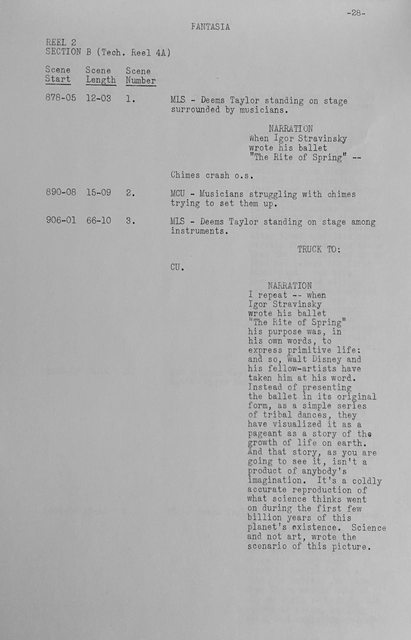 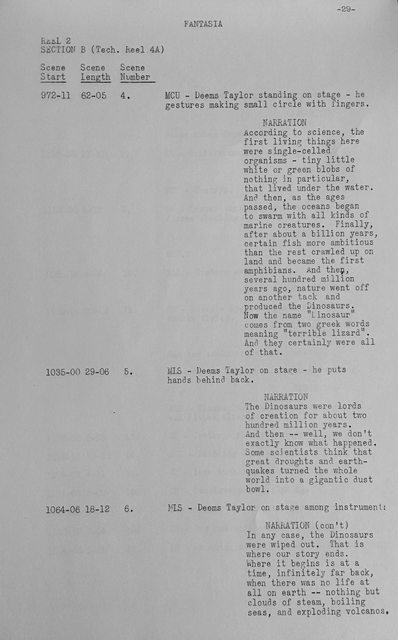 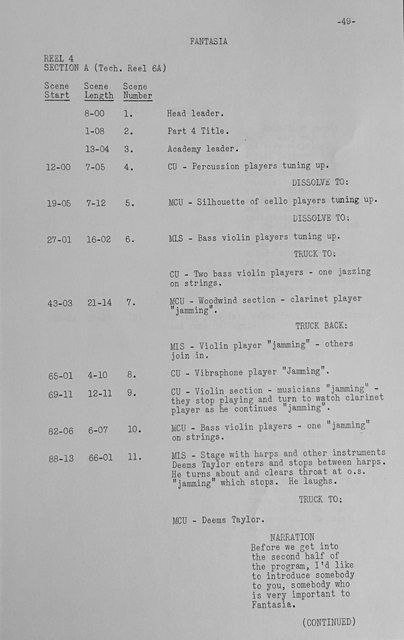 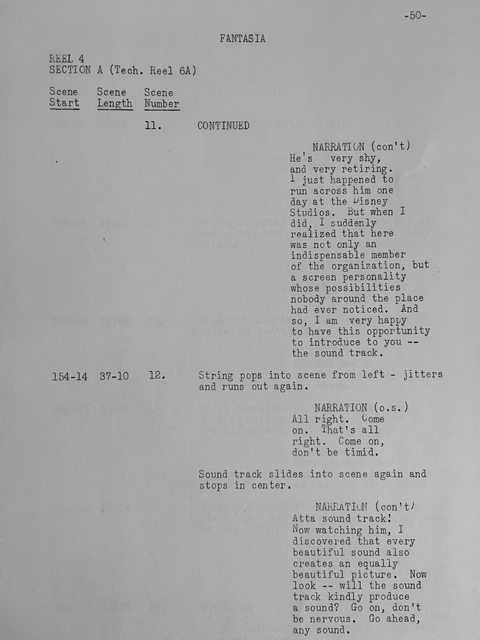 I think another word may have been changed from the Night on Bald Mountain/Ave Maria intro. On the VHS tape that I own, Deems Taylor describes Ave Maria as “immortal”, whereas in the DVD version, he describes it as “world-famous”. I’m not sure whether Deems Taylor says “immortal” in the original roadshow version, but I think the VHS tape implies that he does.

I have a better idea. We could try to find a copy of the very first general release from 1941. This version is 20 seconds longer than the roadshow version, due to the inclusion of an RKO logo. Anything is possible, we just need to look hard enough.

Well, according to Lost Media Wiki, Disney has reportedly been trying their very hardest to restore the Deems Taylor monologues. I sure hope that they succeed someday, as recreating the original roadshow version is the first project in my rebellion against censoring animation. Until that happens, I could just use the audio from my VHS tape and then record the missing audio myself. And if the 1942 re-release is still available, I could replace my own voice on the extra parts with Deems Taylor’s audio.

Couldn’t we get anything from the telephone wires?