I hope it’s ok to write something like this as my first post but I’ve talked about this project in detail on other forums and quite a few people have suggested I should write about it here too.

Over the past year or so I’ve carried out a few projects to preserve some of the Highlander franchise’s more obscure cuts, in particular the US and EU Theatrical cuts of Highlander 2. For these two projects I used various home releases to create high quality SD restorations.

A few people brought some Highlander 2 35mm prints to my attention, so I proposed a project to try and obtain and scan one of these prints. Well there was enough support for the project and I’ve now bought a Russian print of the EU cut of Highlander 2 and it’s in the process of being scanned. So far reel 1 has been scanned with the scanner planning to continue working on the remaining reels this weekend. Reel 1 has presented a few problems, and there are more splices than we expected, but both the colour and detail levels are pretty nice, and the rest of the reels appear to be in much better condition.

Once I’ve got the scan I plan to combine the video with the English language audio from the Hong Kong laserdisc (the only known official uncut home release of the full English language soundtrack of the EU cut) and put out a “grindhouse” release. After that I’ll work on restoring numerous shots from the 35mm print to combine with the Blu Ray Special Edition Cut to produce a full HD version of the EU Theatrical Cut, and then the shorter US Theatrical Cut. As the Blu Ray isn’t the best quality I may then try to restore more of the 35mm print with the aim of a further release that uses as little of the Blu Ray as possible.

So thanks to the support of fans this project is well under way and definitely happening. If anyone here would like to help out or contribute in any way then please get in touch. Please feel free to make any suggestions or feedback.

Looking forward to seeing this! Sounds like you’ve been working quite a bit on it, so thank you.

Looking forward to seeing this! Sounds like you’ve been working quite a bit on it, so thank you.

Thanks. This film seems to become a bit of a mission for me. Work on the 35mm print is only really just beginning, but I’ve been working on and tracking down versions of this film for quite some time now.

The film is now fully scanned! Yesterday I had a long video call with the scanner where he took me through each reel, showing me the overall quality and any specific issues I should know about for each one.

As we’ve already seen reel 1 is pretty rough, but I’m really happy with what I saw of all the other reels. Colours, detail and overall condition all look great. I didn’t see any splices in any of the parts reviewed from reels 2 - 5. I’m also happy to report that full “fairytale ending” is present and correct and it’s in good condition. I don’t have any more samples to show just now, but sometime next week I’ll be getting the invoice and then the scanner will be sending the hard drive to me, so it shouldn’t be long before I can watch the whole scan for myself and see what we’re working with.

For those curious the full scan comes in at 1.32 TB in size!

Thank you to everyone who has made this possible. Once I’ve got the scan in my hands I’ll work as quickly as I can to release a “grindhouse” version so everyone can see it.

I have a PayPal link set up for donations, I’ve seen some users share those links in the past, but I’m not sure if it breaks forum rules. For now if anyone would like to contribute towards the scanning costs please send me a message, or contact me over at Fanres.

The scan is now in my hands! It’s been a crazy ride, I never thought when I was re-assembling the film from obscure out of print DVDs that it would end up here!

Here are a few sample frames: 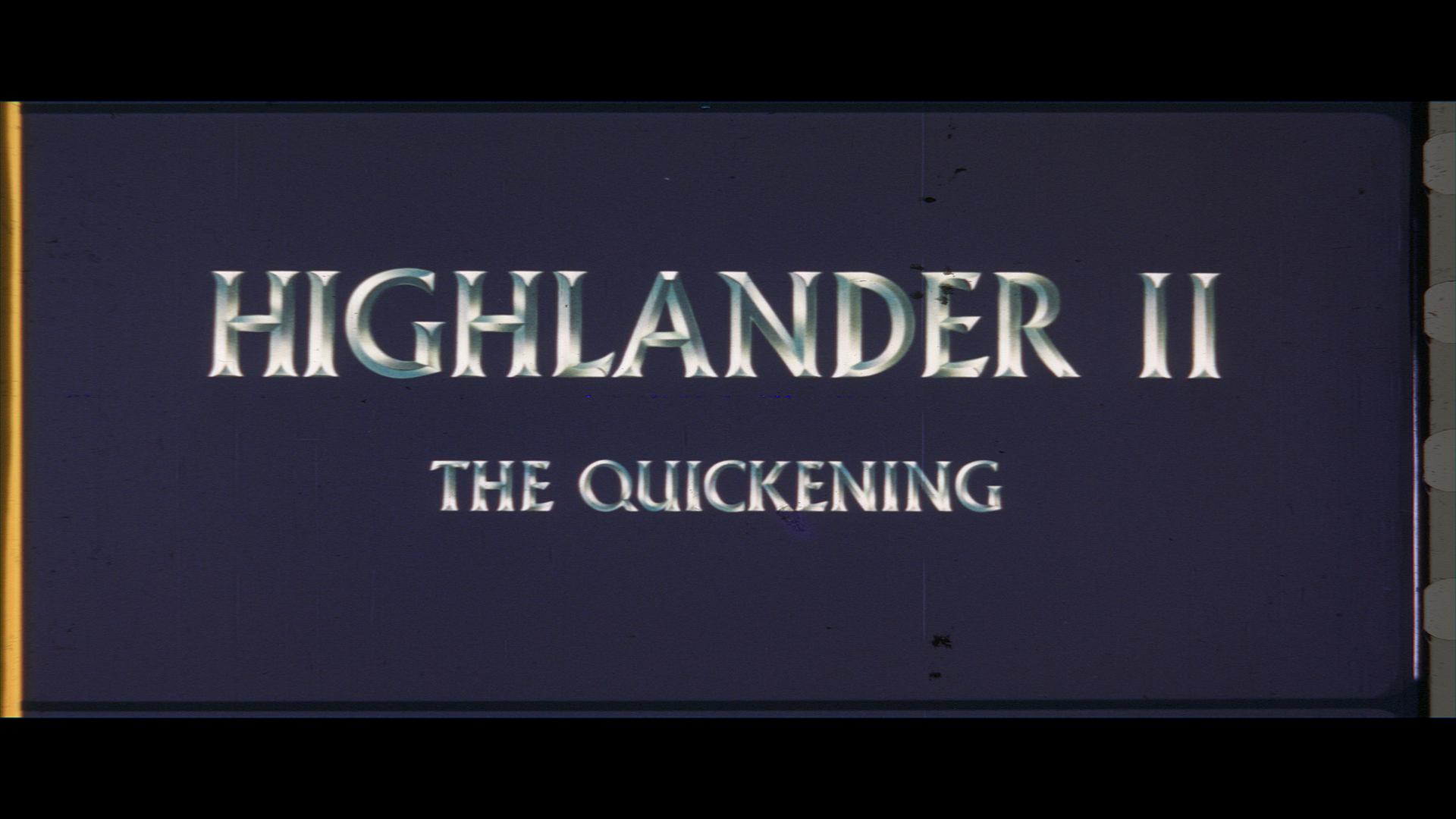 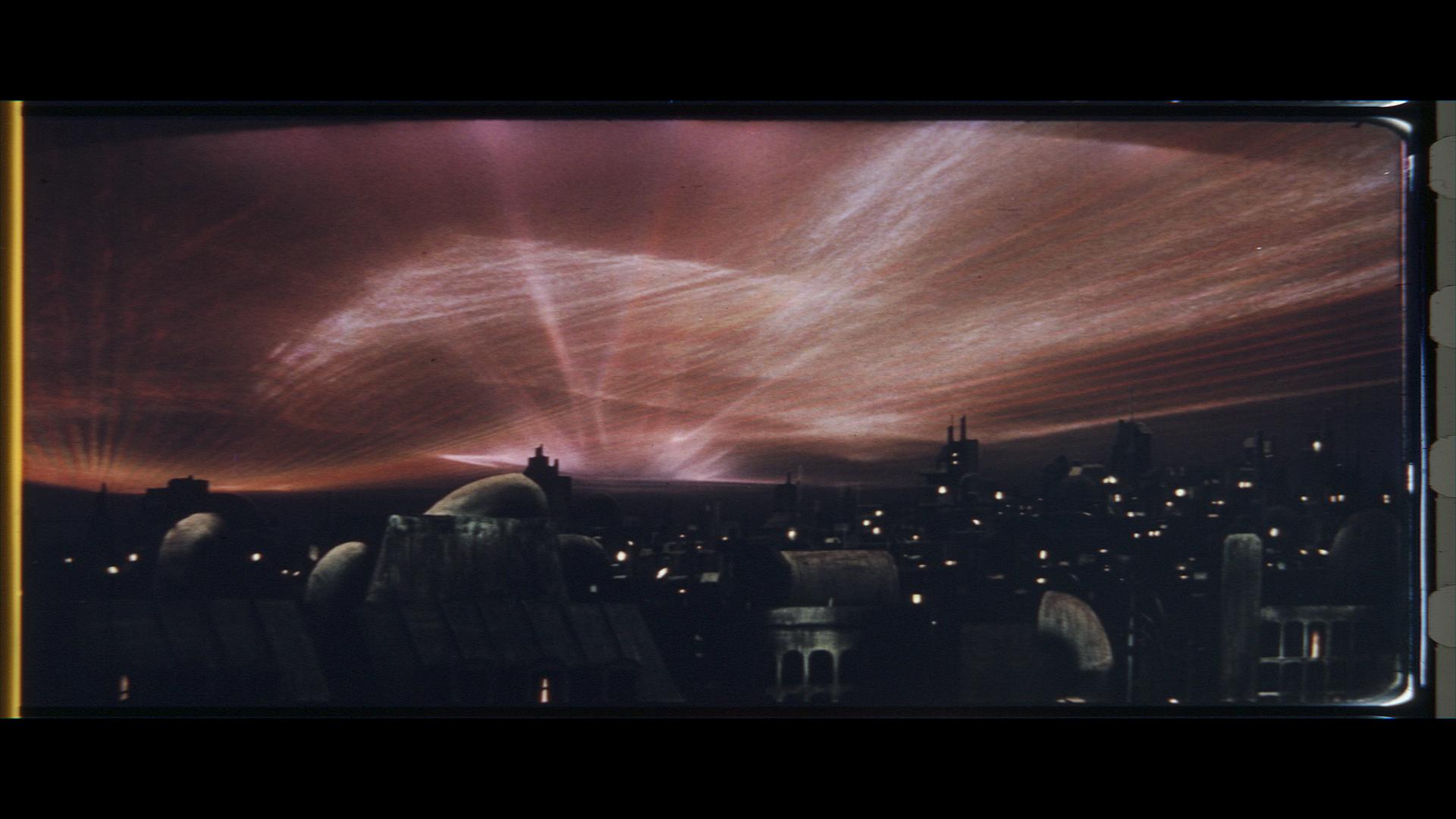 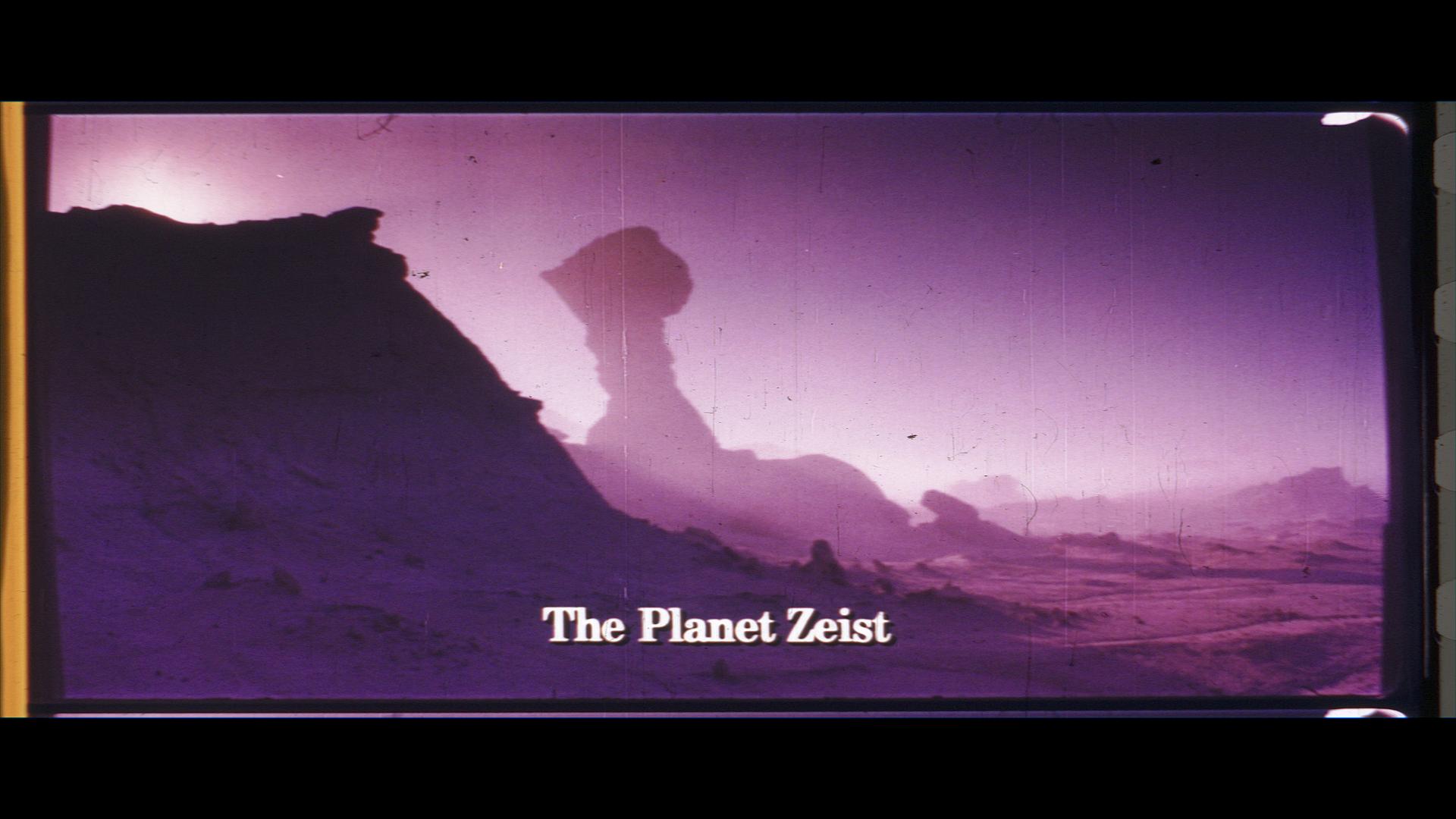 The raw files are roughly 10 MB per frame and are 2456 x 2054 (2.5K) so these sample pictures are really just very low res screenshots in comparison.

Once the anamorphic frames have been corrected the final frame size is closer to 4912 x 2054. While obviously not true 4K (3840 x 2160) I’ll be looking into whether there is enough detail in the print to warrant some sort of higher resolution release. Initial comparison suggest 1080p will be enough though.

For the following frames I’ve tried to match the shots used here: Link

The frames don’t always match as the Blu Ray version uses a dramatically different cut of the film. Where the frames don’t match exactly I’ve used the nearest possible one. 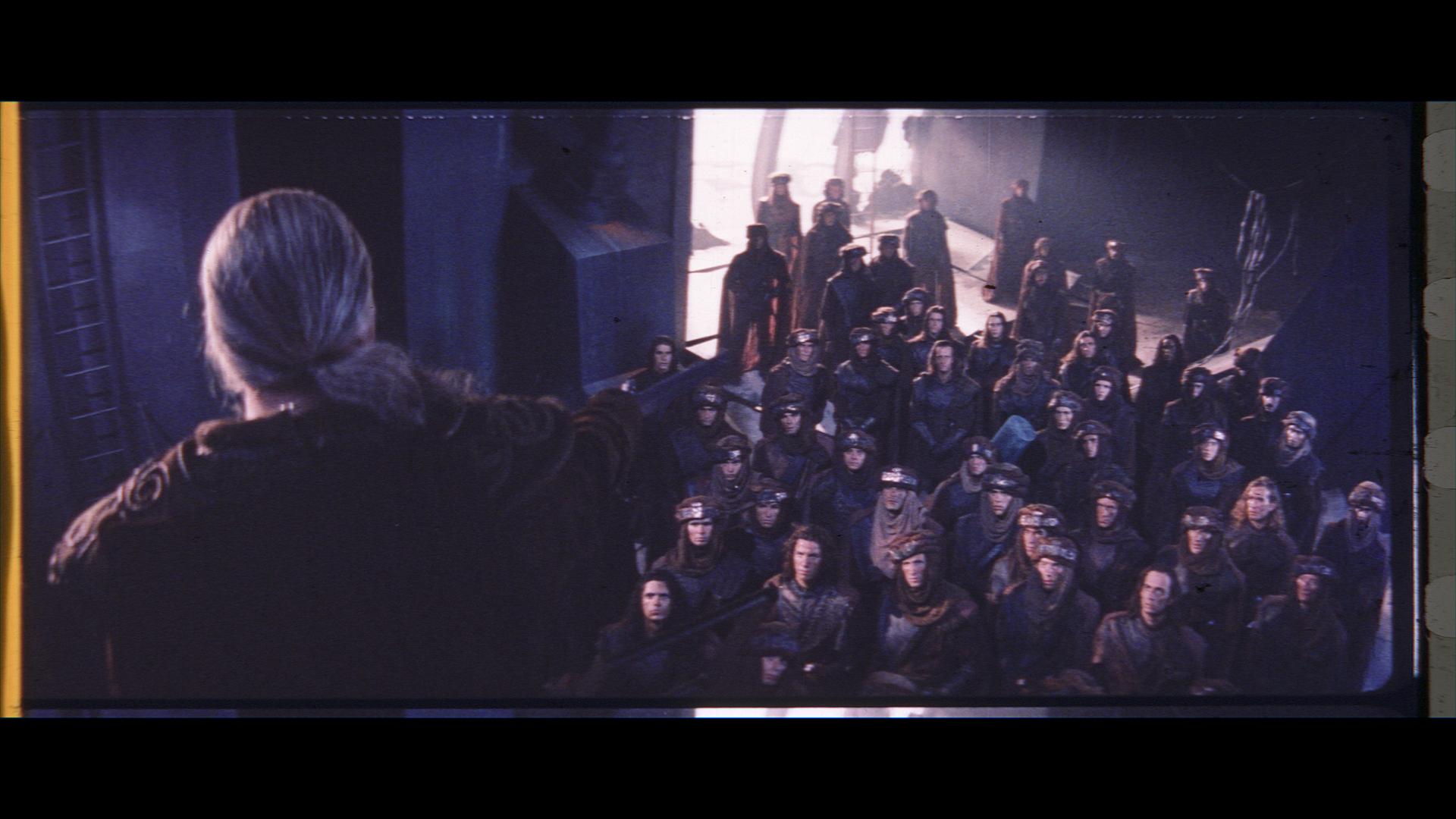 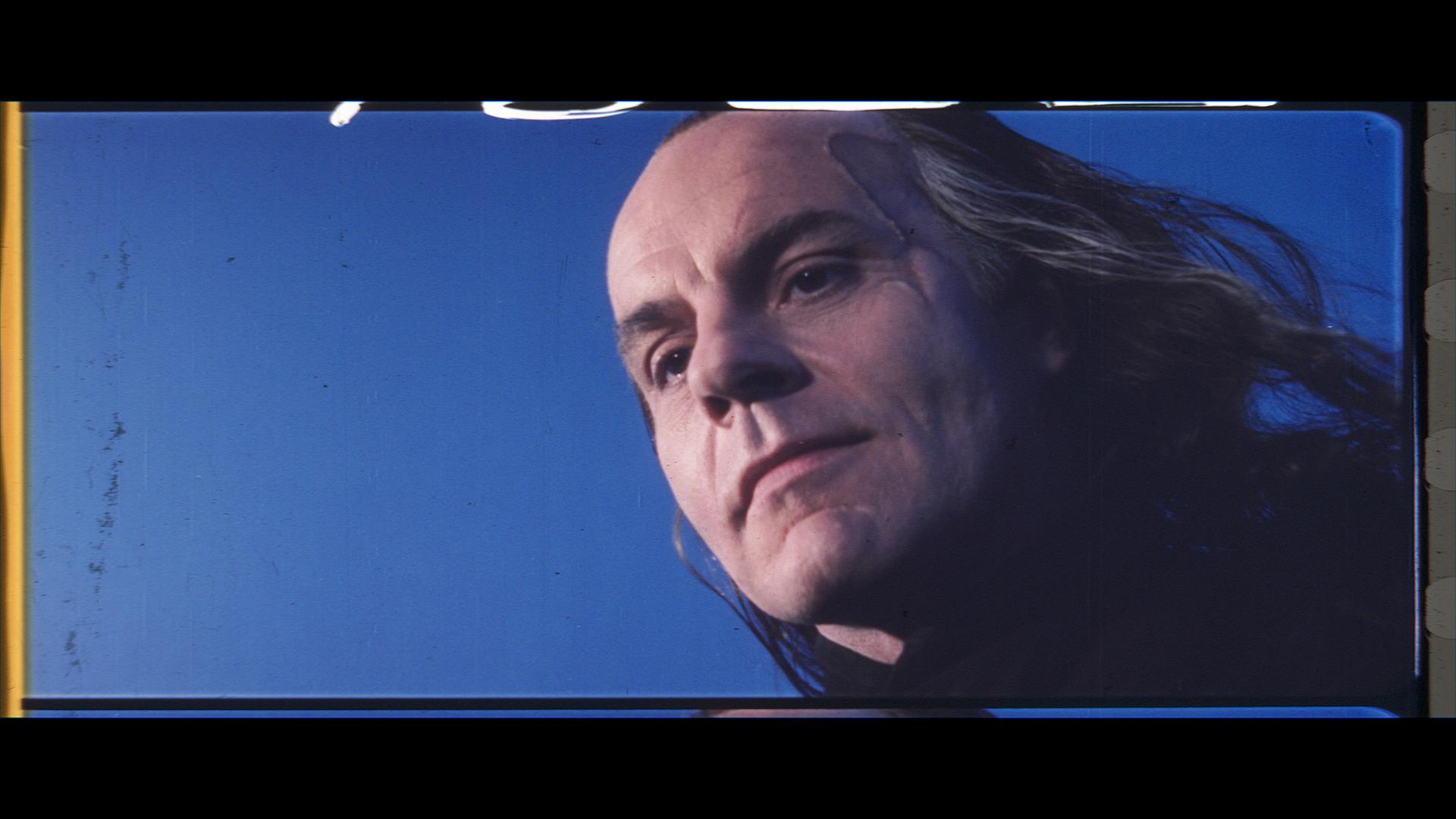 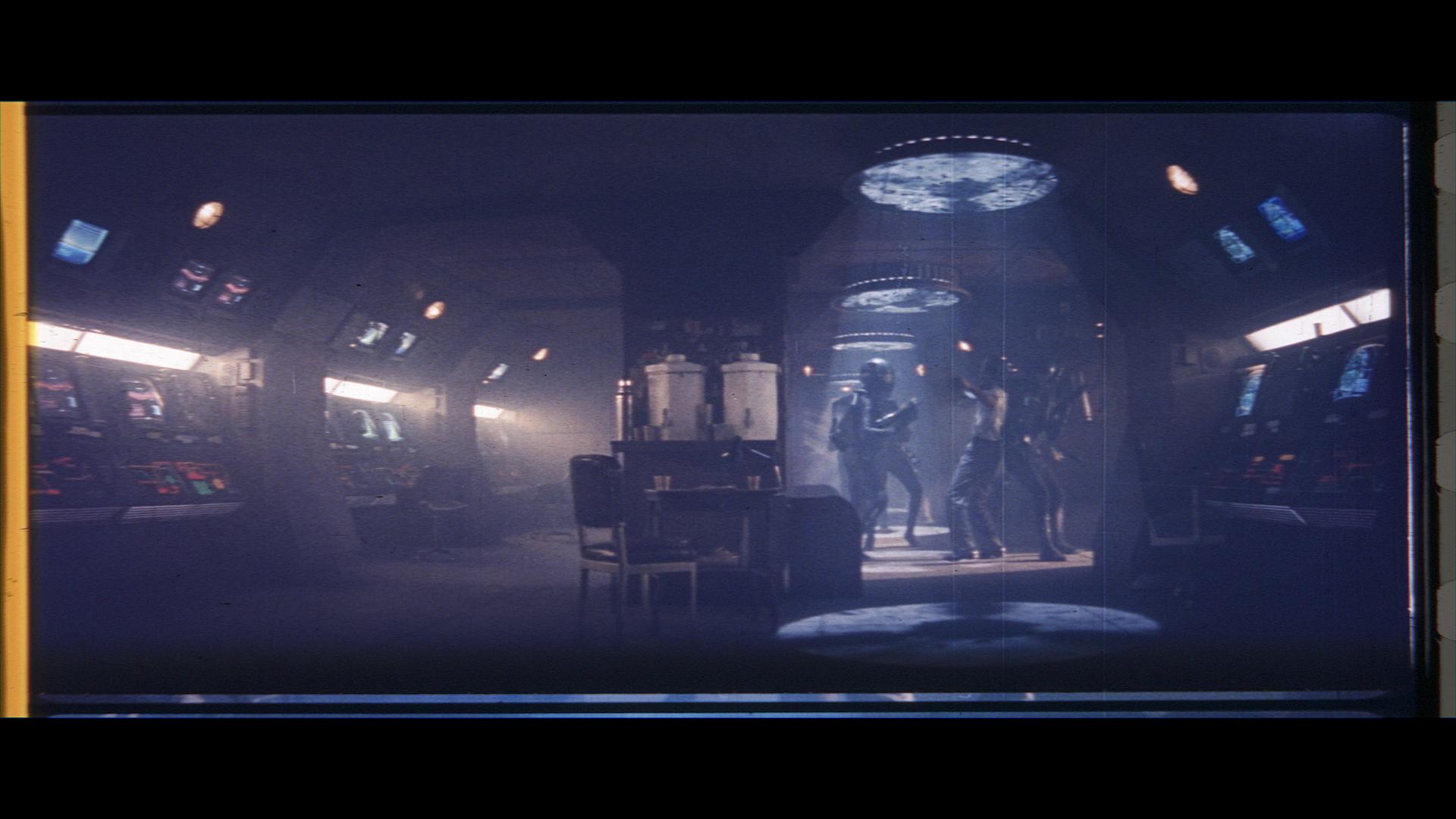 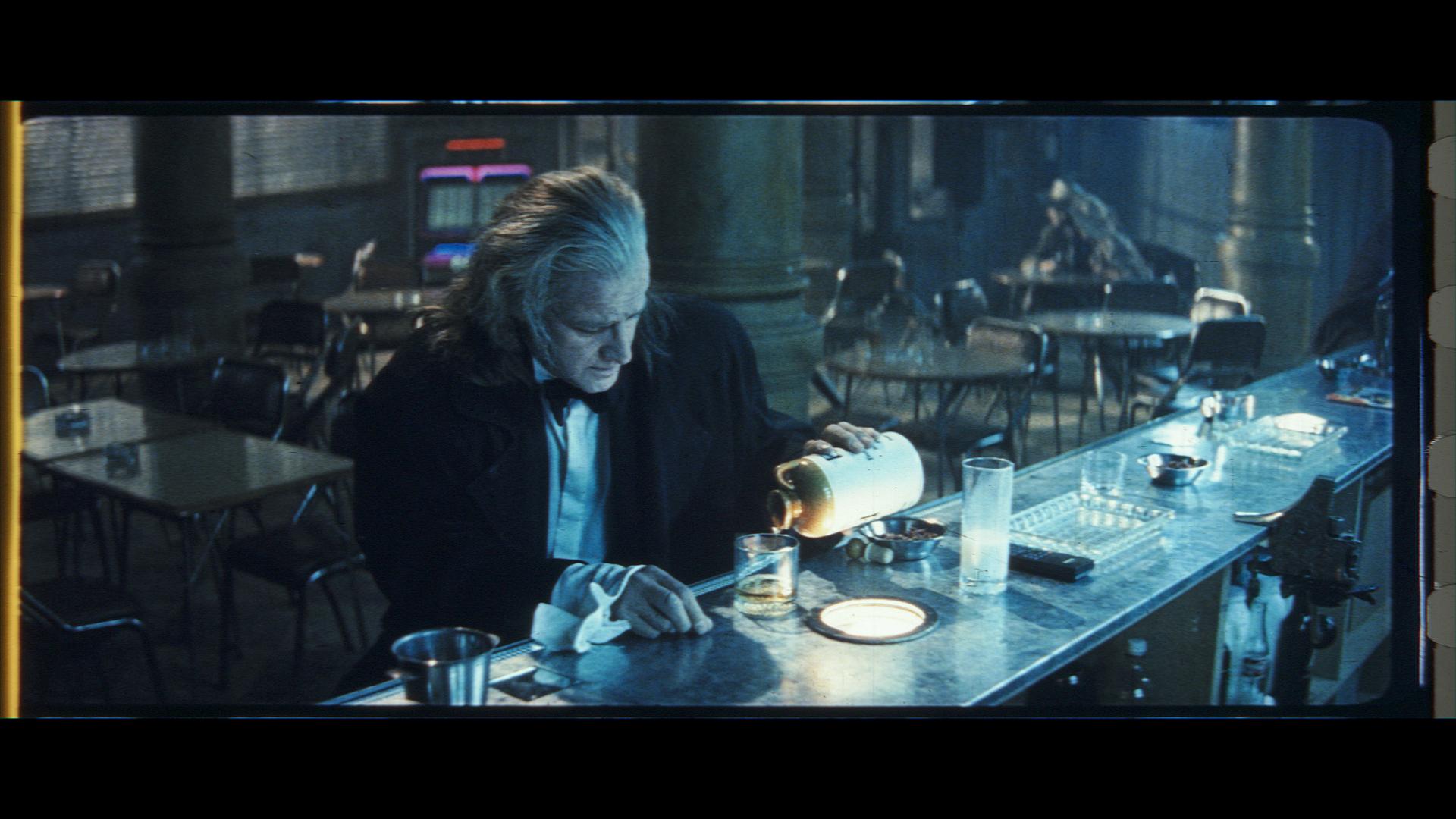 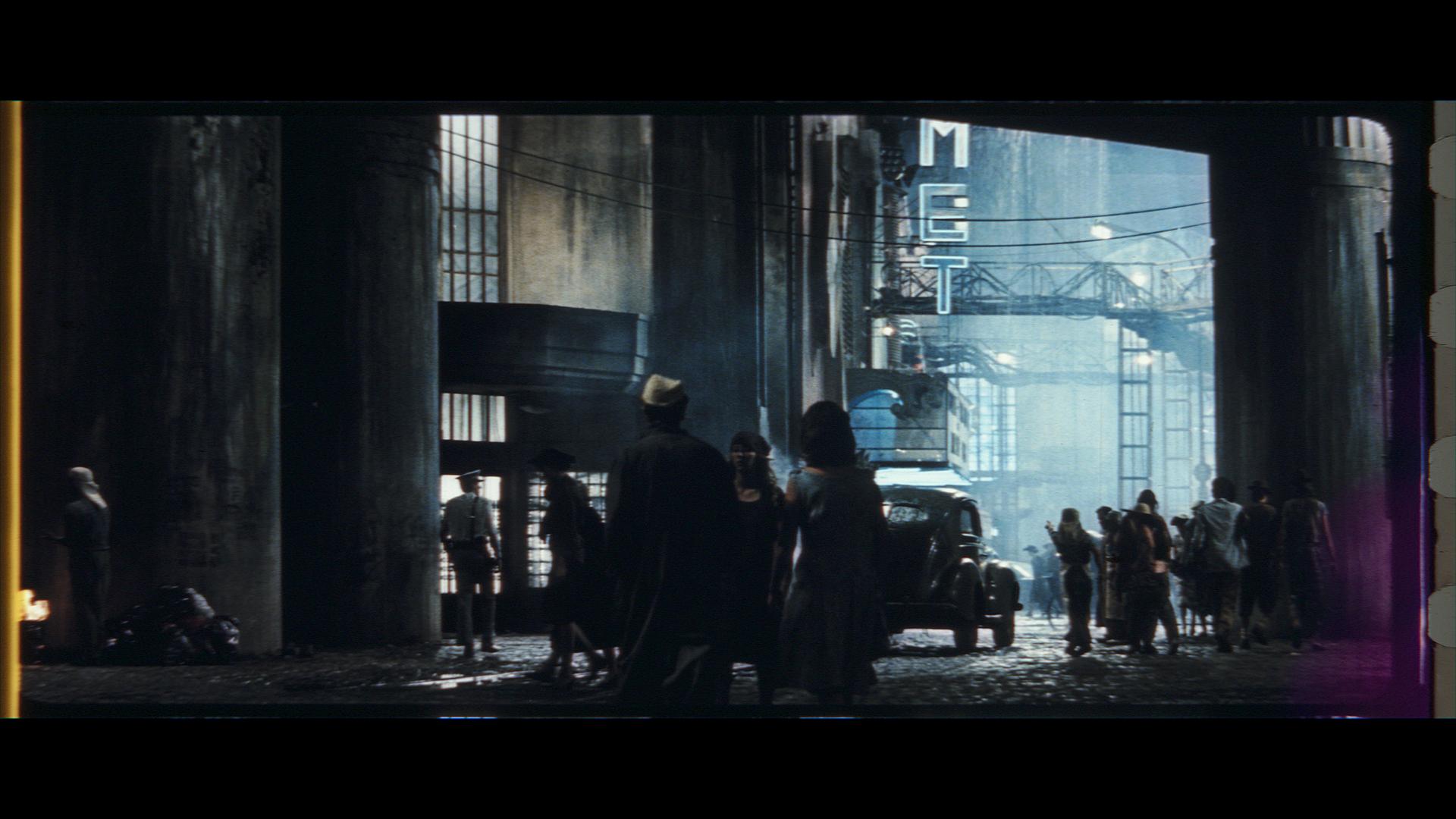 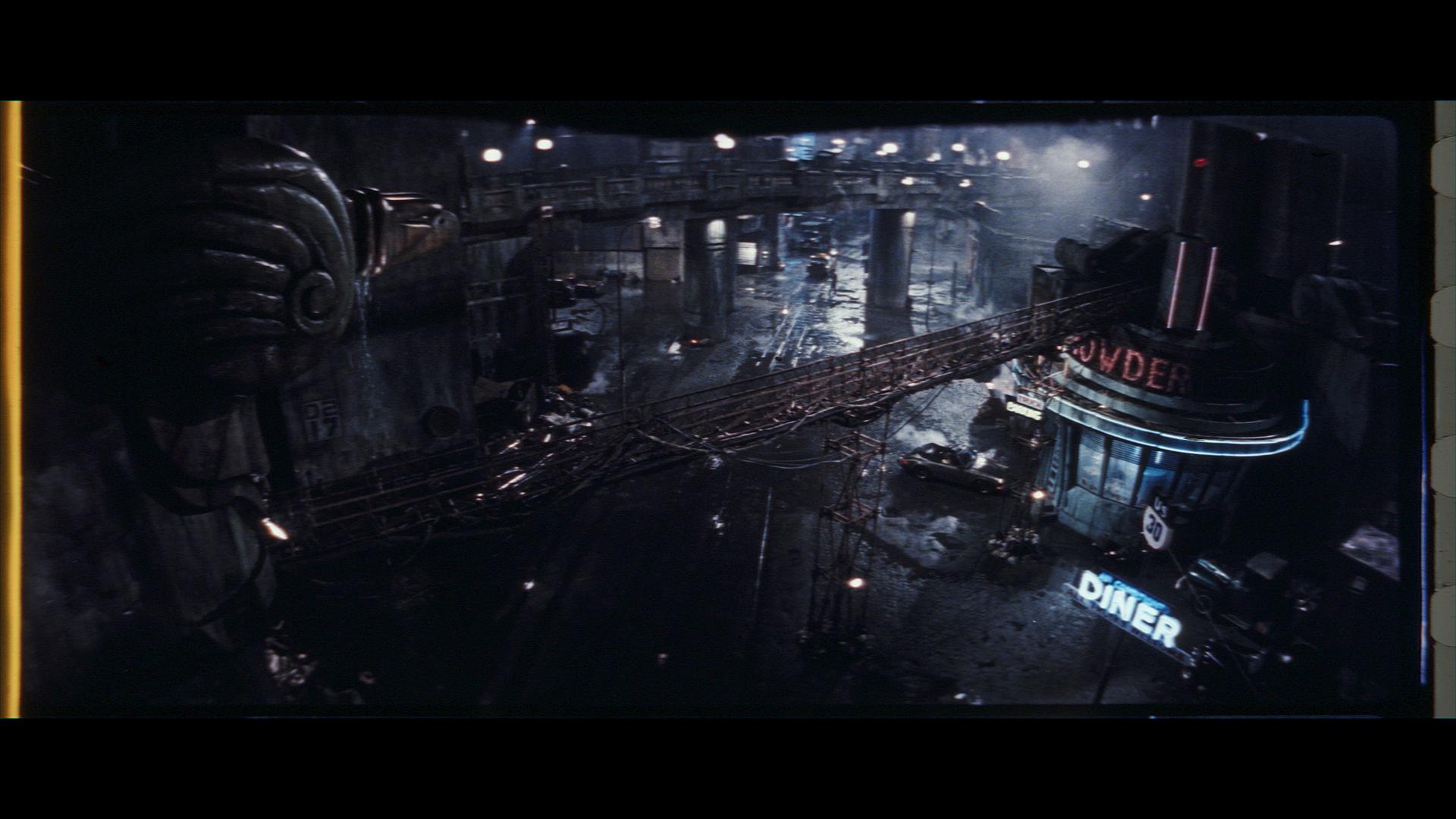 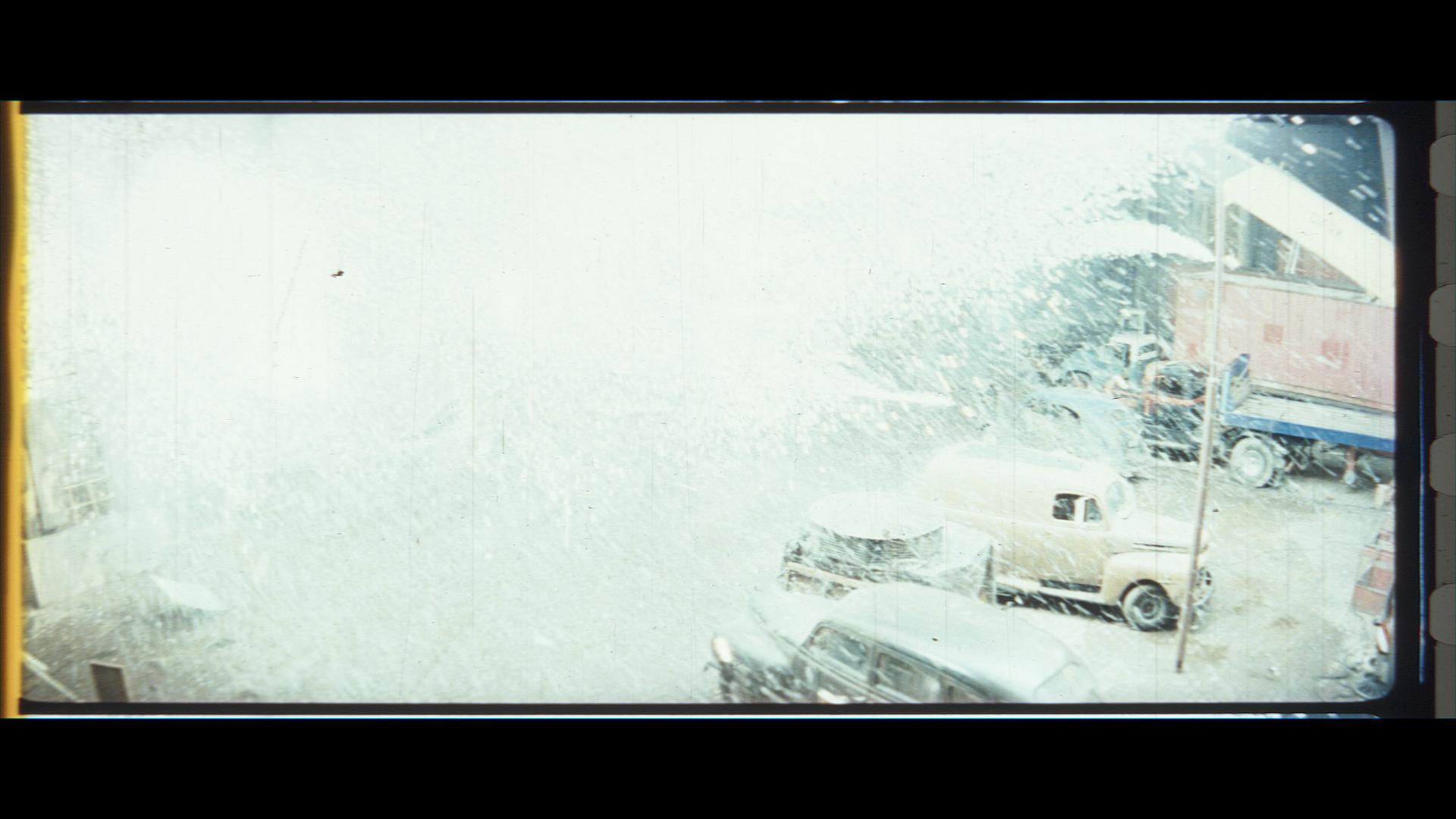 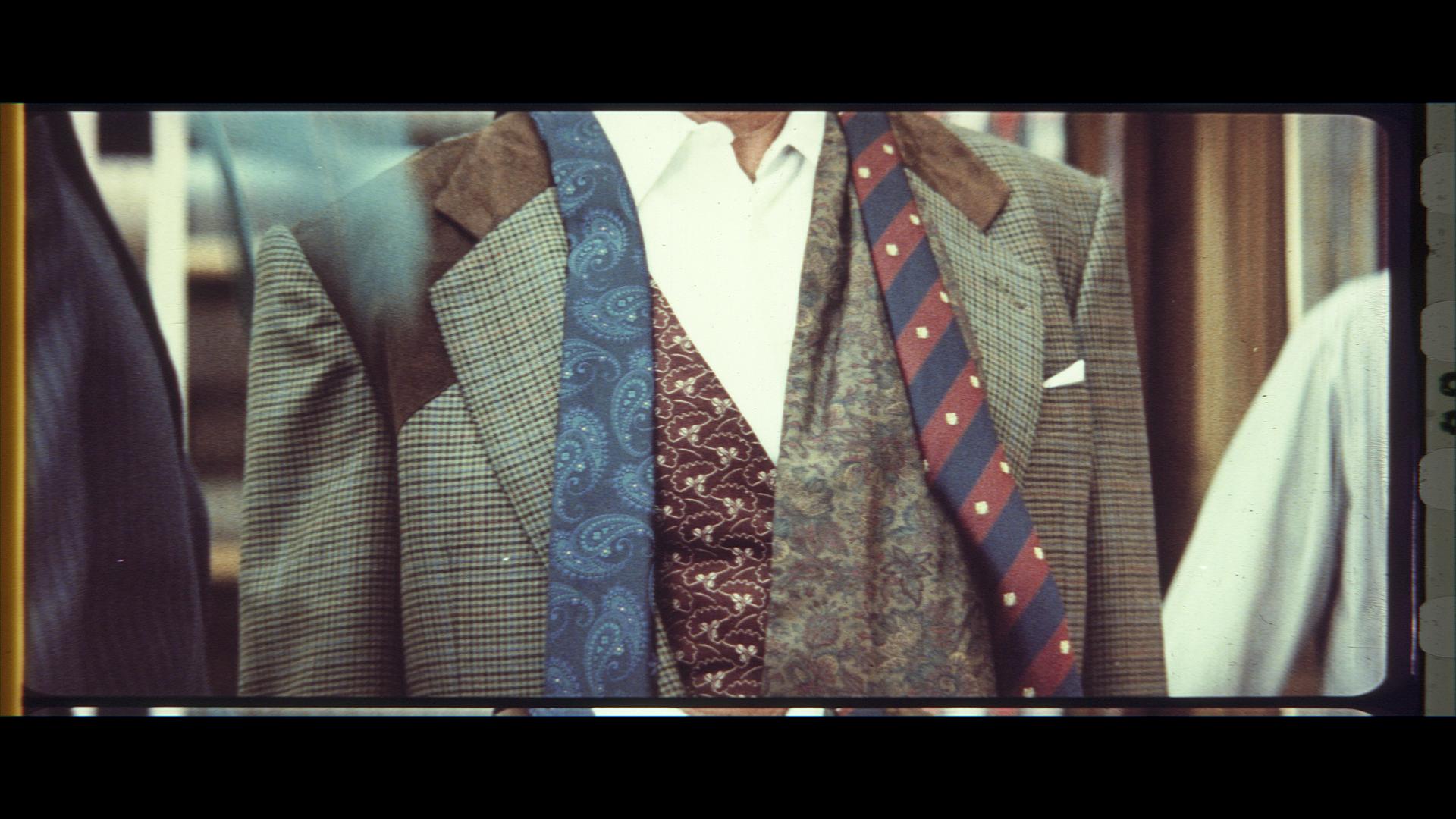 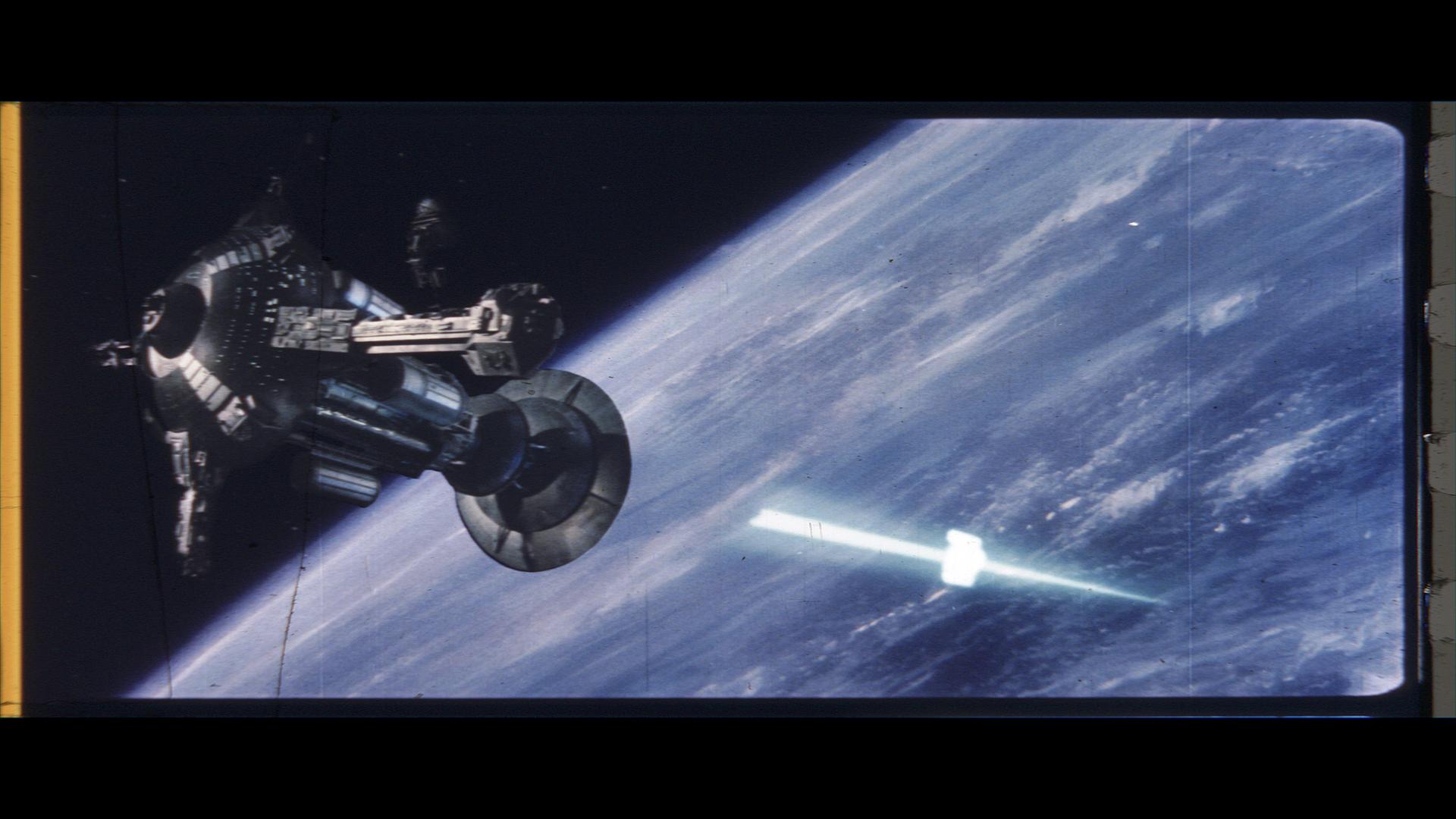 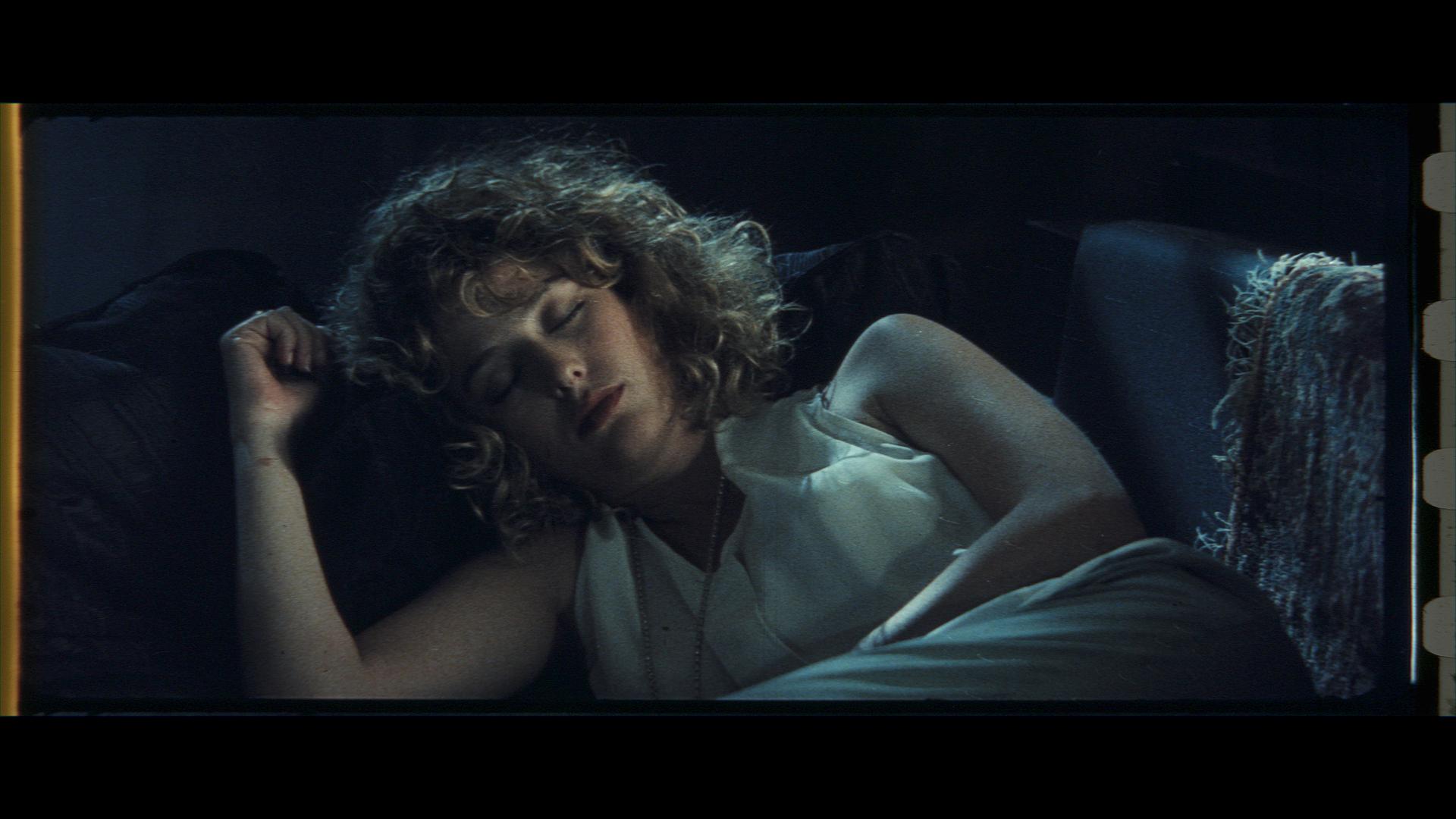 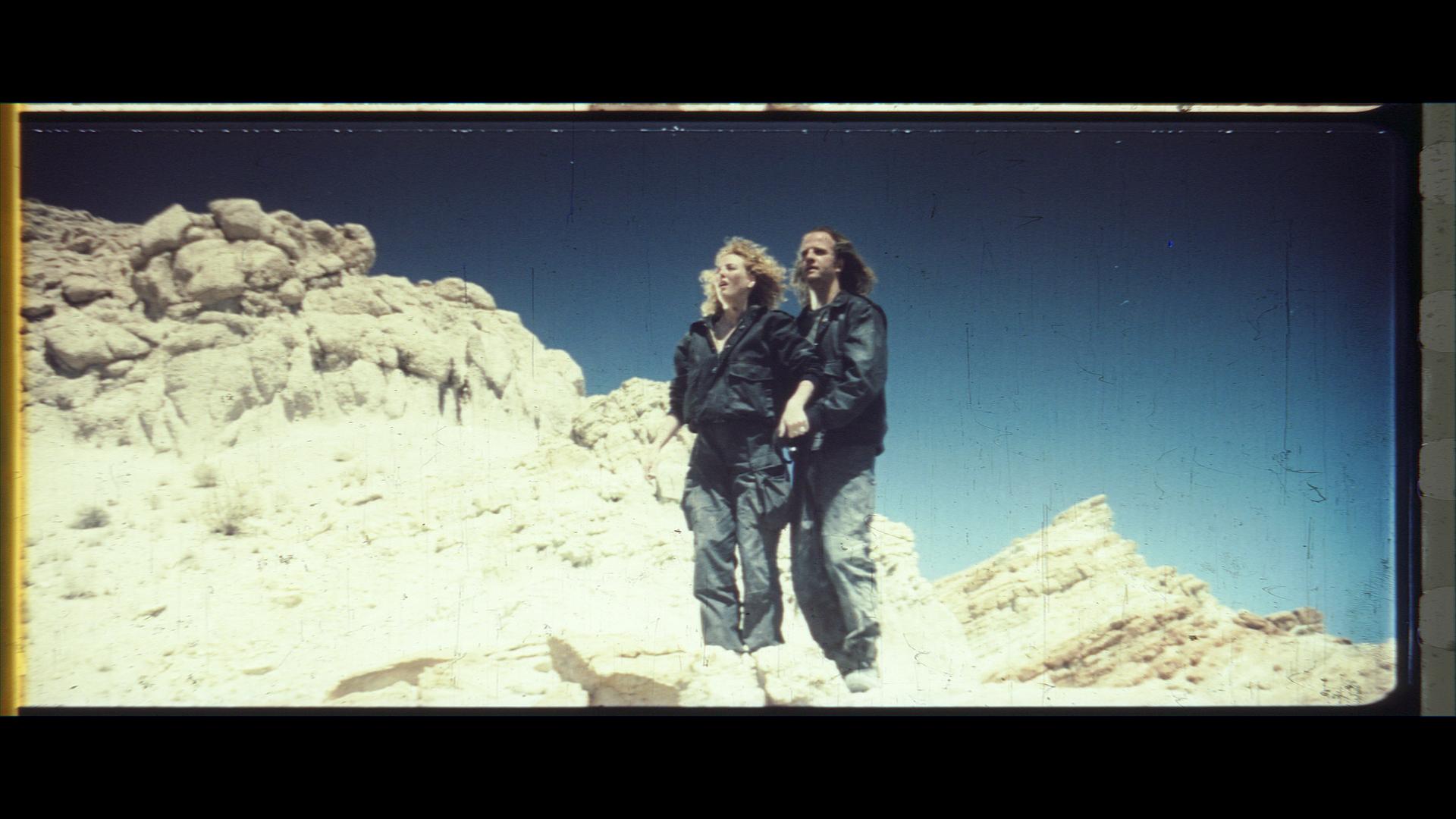 I find the screenshot of old MacLeod at the bar an interesting comparison; not only are the colours quite different but the Blu Ray shot looks so digitised and jaggy. However the explosion frame looks much more balanced and less blown out on the Blu Ray.

Still a lot of work to be done but hopefully this gives you guys a nice taste of the print.

Thank you again to everyone who has helped make this happen. All donations have gone directly towards this project and all offers of advice and knowledge have been greatly appreciated. If anyone still wants to contribute then donations are still open, just PM me for a link. Any further donations will go towards any software/hardware costs required to restore the print.

Looks great!
Question: Are the credits in English?

Looks great!
Question: Are the credits in English?

Thankfully all on screen text is in English with no subtitles. On screen text was just translated with a voice over in the dub so nothing to worry about there. There is some slight damage part way through the end credits but it should be easy enough to fix, and it’s far enough through that most people will have stopped watching anyway.

I’ve rendered a couple of sample videos. I usually put these sorts of thing on Vimeo but I had to put one of them on YouTube due to size restrictions. Fingers crossed the YouTube one doesn’t disappear.

Both videos show the 35mm footage in it’s raw form with the English audio from the Hong Kong laserdisc synced as best I can for now.

At the moment my computer can’t play the raw files back smoothly so I had to render these before I could watch them properly. As a result I didn’t know if the footage would have splices or not until I rendered them. I’ve started work on rendering the film reel by reel, this will probably take a few days as I can only render during down time (I use my computer for work too), but once they’re all rendered I’ll have a better idea of the overall state of the scan.

The first video is from the very start of reel 1. Sadly reel 1 is a bit of a mess with a lot of splices. Not only does this mean there are a lot of jumps but also a lot of dirt.

The second video is from the middle of reel 2 and shows a much cleaner picture. Sadly we’ve still got a few splices.

I hope you enjoy the clips, and let me know what you think. Please remember that these are just samples and there is still a lot of work to be done.

The rendered reels are now available if anyone wants to see them in their unrestored glory. Consider this a pre-grindhouse release.

The raw files are 1.32 TB in size but this render brings it down to a more manageable 24.3 GB. Each reel is roughly 4-5 GB and all I’ve done to them is zoom in to crop out the sprockets and soundtrack on either side of the film.

Other than that I haven’t done any cropping at all, so expect to see the curved edges of the frame, glimpses of adjacent frames at the top/bottom of the image, some sort of scribble between shot changes, and all sorts of stuff that would usually have been masked off in the cinema.

I’ve not had any time to sync the English soundtrack yet so if you want to see these then come prepared for Russian!
Each reel has it’s own “flavour” and problems; reel 1 is pretty “splicey”, reel 2 and 3 are pretty nice, reel 4 has problems with a magenta patch on the right hand side along with horizontal scratches, reel 5 has a bit of the magenta problem but is overall pretty nice.

There’s quite a bit of wobble in the picture, but believe it or not the scan has already been stabilised! The sprocket holes in the unzoomed scan are rock steady and never move, but watching the corners you can see the image moving about. So the wobble is “built in” to the print. It’ll be fun trying to stabilise that.

Now that all the reels are rendered I’m going to start work on a proper grindhouse release that combines the separate reels into one continuous film, and sync up the English soundtrack (which may take a while due to all the splices in reel 1). I’ll probably also crop the image a bit to mask off the stuff that wouldn’t have been seen in the cinema.

After that I think I’ll work on a “grindhouse+” version where I try to patch the splices using other sources to provide a smoother viewing experience. It’ll also give me a good feel for how all the sources mesh and will help me decide how best to go about bringing the film to true HD; a combination of Blu Ray and restored bits of the 35mm, or bite the bullet and try and restore as much of the 35mm as I can. 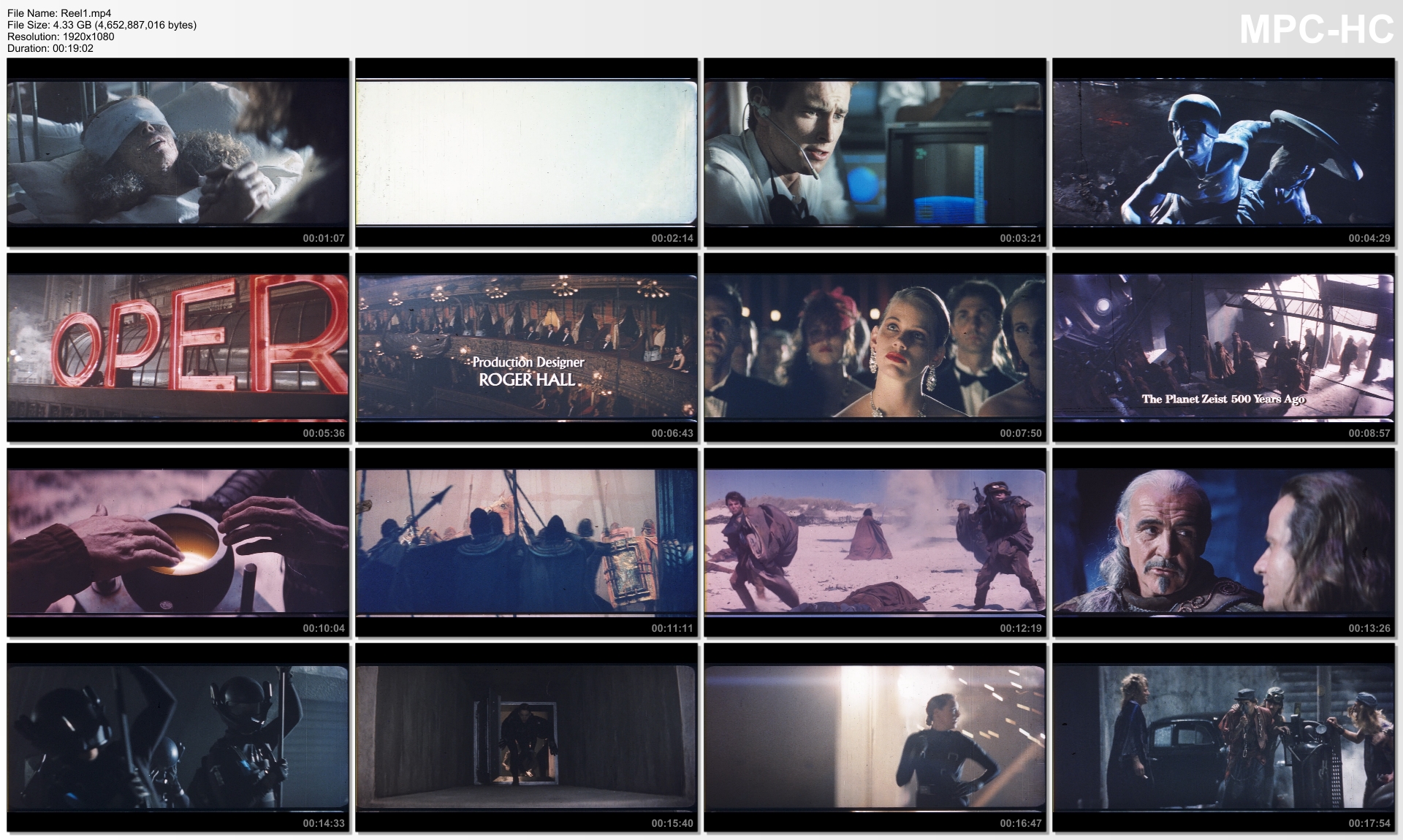 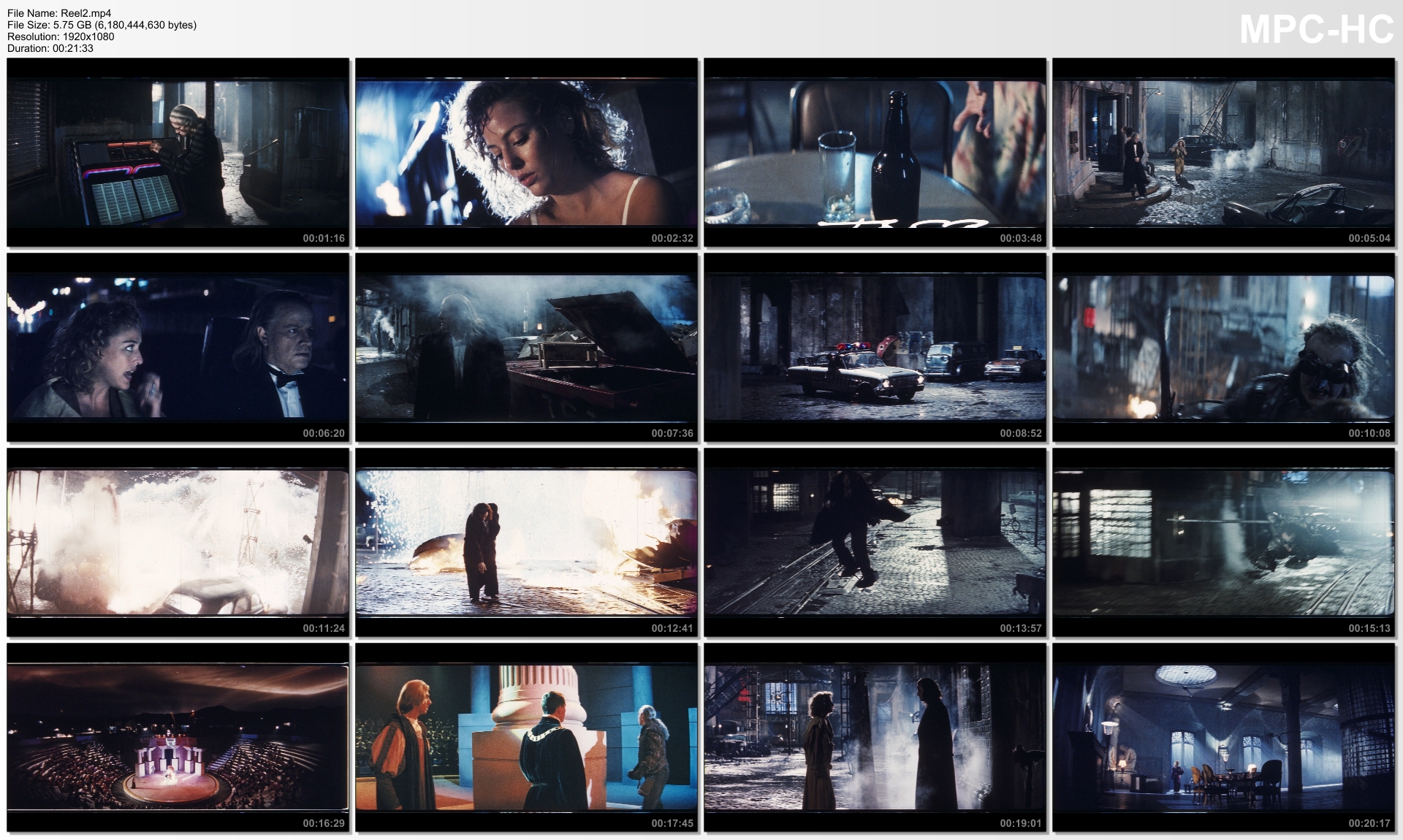 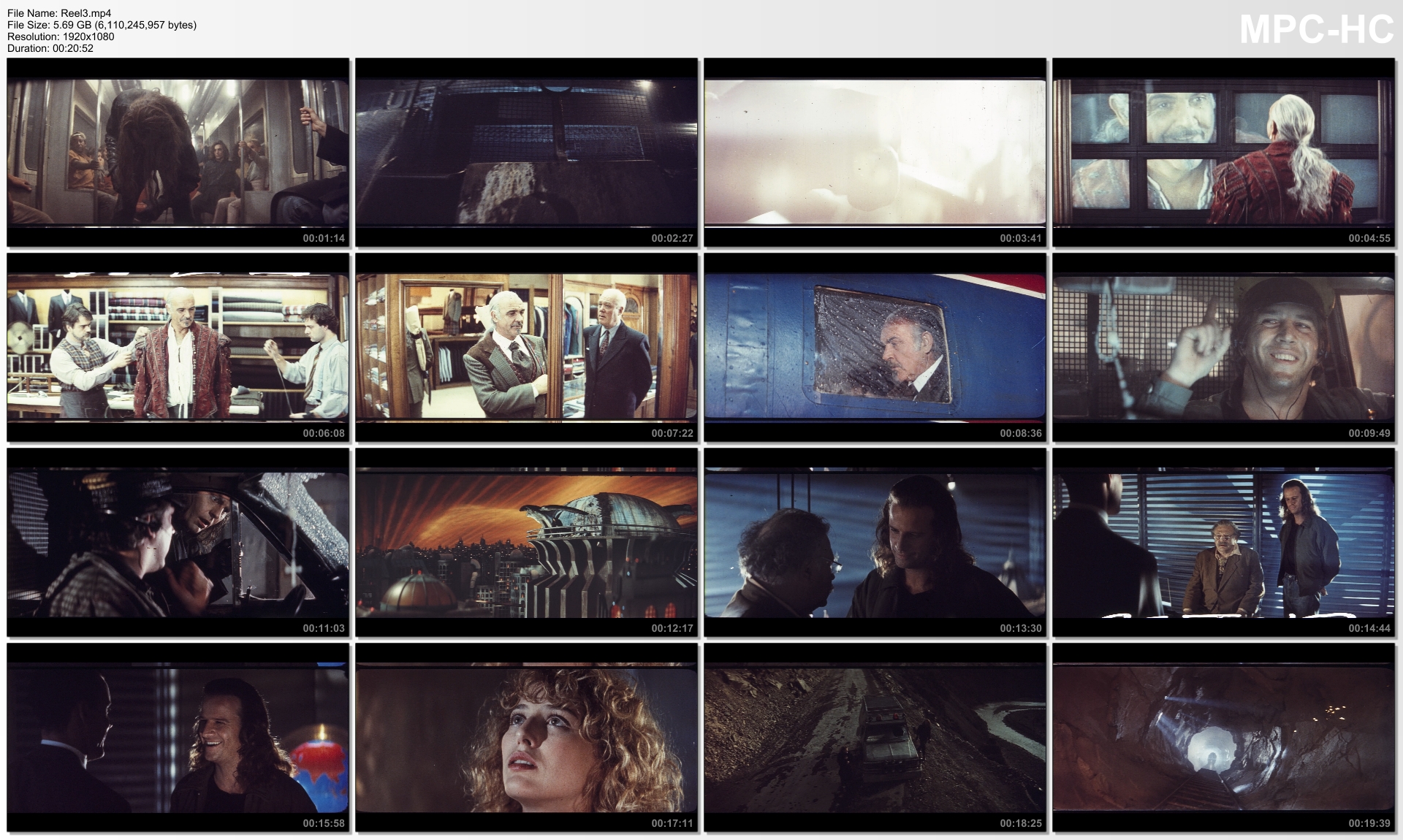 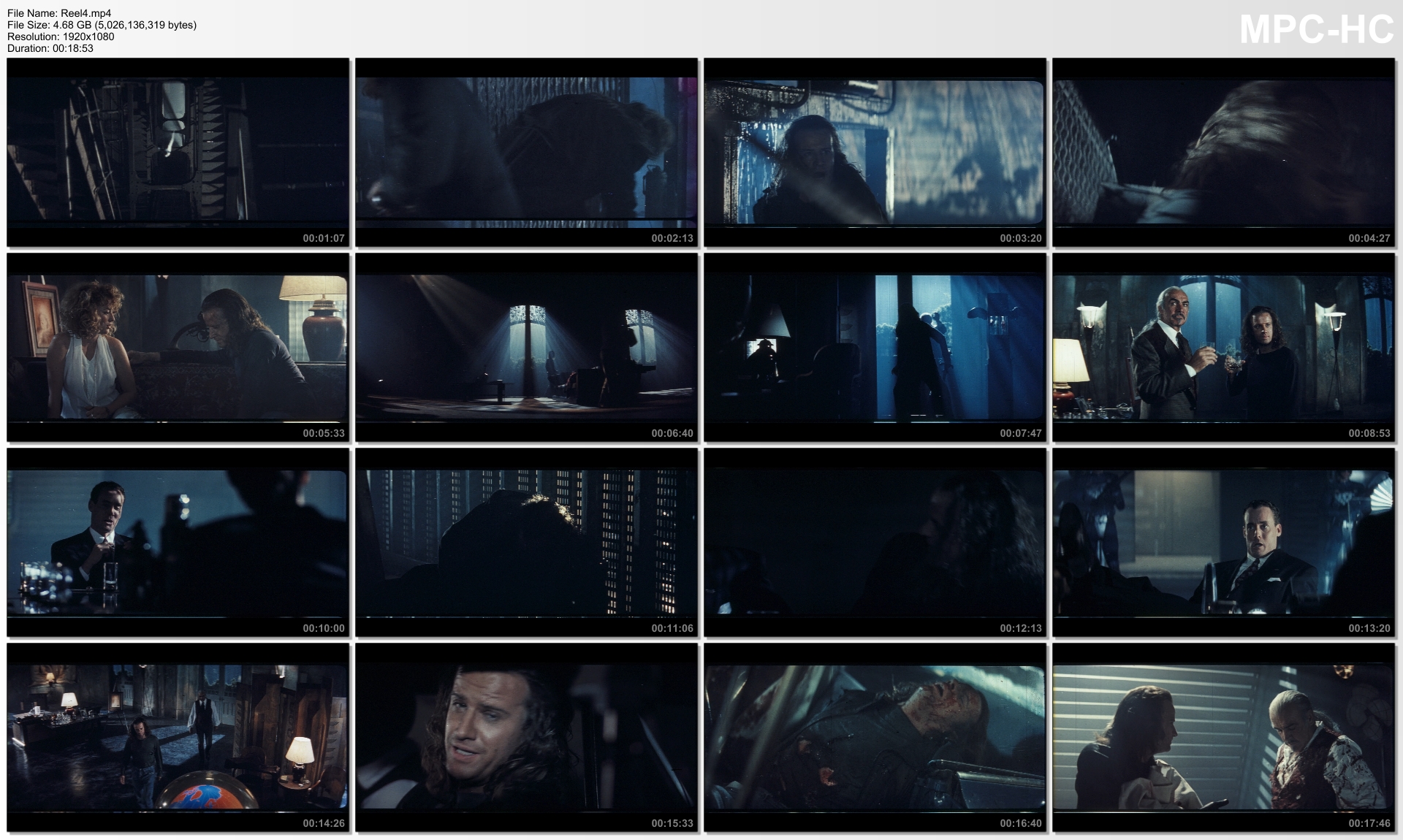 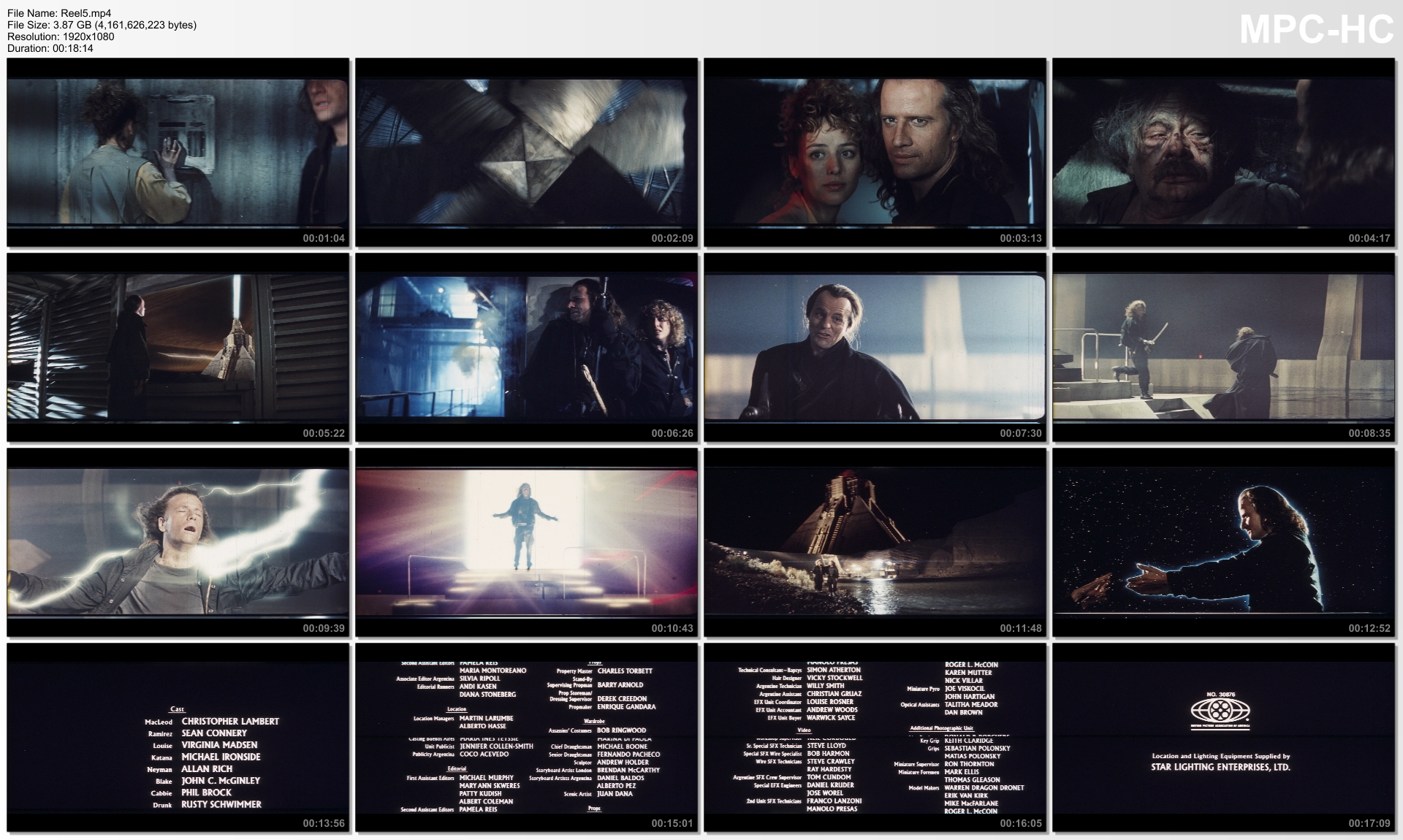