Since Big Trouble In Little China is nearly finished ( https://originaltrilogy.com/topic/Big-Trouble-In-Little-China-John-Carpenter-1986-35mm-Scan-opportunity-a-WIP/id/75450 ), I thought I’d start talking about the next preservation on my roadmap. A movie that got me started into fan restoration work in the first place: Hellraiser

Here’s the nutshell. One day, I stumbled randomly across a post on the Blu-Ray forum about how the Hellraiser 2K restoration put out by Arrow looked practically nothing like its 35mm counterpart (https://forum.blu-ray.com/showpost.php?p=15869547&postcount=562 ).

I recently managed to get my hands on a well-preserved archival print, watched it, took some scans, made sure they were representative of how it looked correctly projected and compared it with the Arrow Blu-ray.

Be aware that I really liked the Arrow Blu-ray despite the peculiar grain, and didn’t have any problems with the color timing… When I watched this print, I couldn’t believe my eyes. This film when viewed on film looks absolutely incredible, very stylish, quite a lot of blue lighting. I had no idea this film looked that good, home video has just done it a complete disservice.

One thing I will say is that this print was not grainy at all, even in low-light conditions there was nothing out of the ordinary, I wasn’t even aware of it most of the time.

When I flicked through the Arrow disc not long after, it looked flat and orange compared to what I had seen, it looked ugly and noisy. In the scene where the cenobites appear at the hospital, the room in the print appeared more blue with Pinhead’s skin also being bathed in blue which helped draw attention away from the make-up, on the Arrow the room is more neutral and the make-up job on Pinhead really stands out. Also in a scene near the end (see last picture below), in the print, there’s clearly blue lighting in the background and the characters directly in front of the camera are covered in a warm glow from a fireplace (IIRC), yet on the Arrow, everything is again flat and orange. 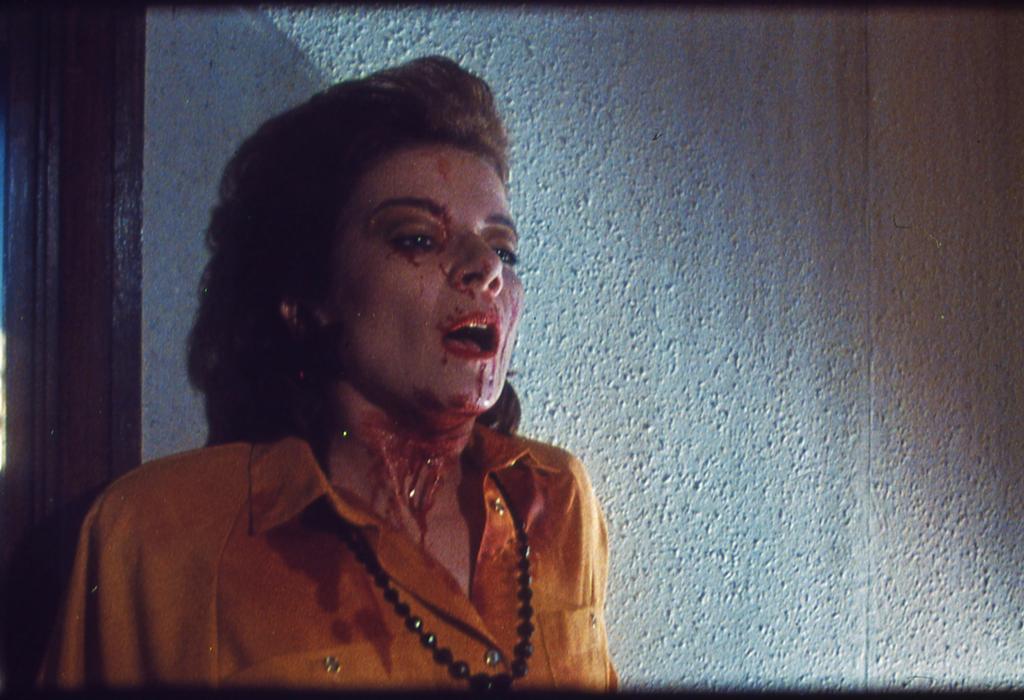 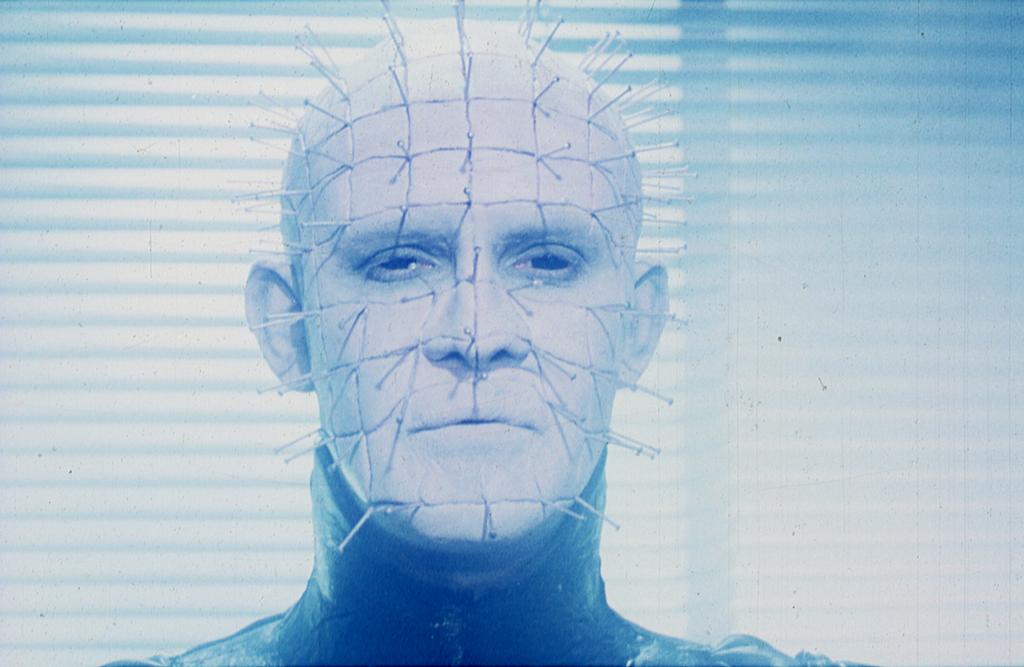 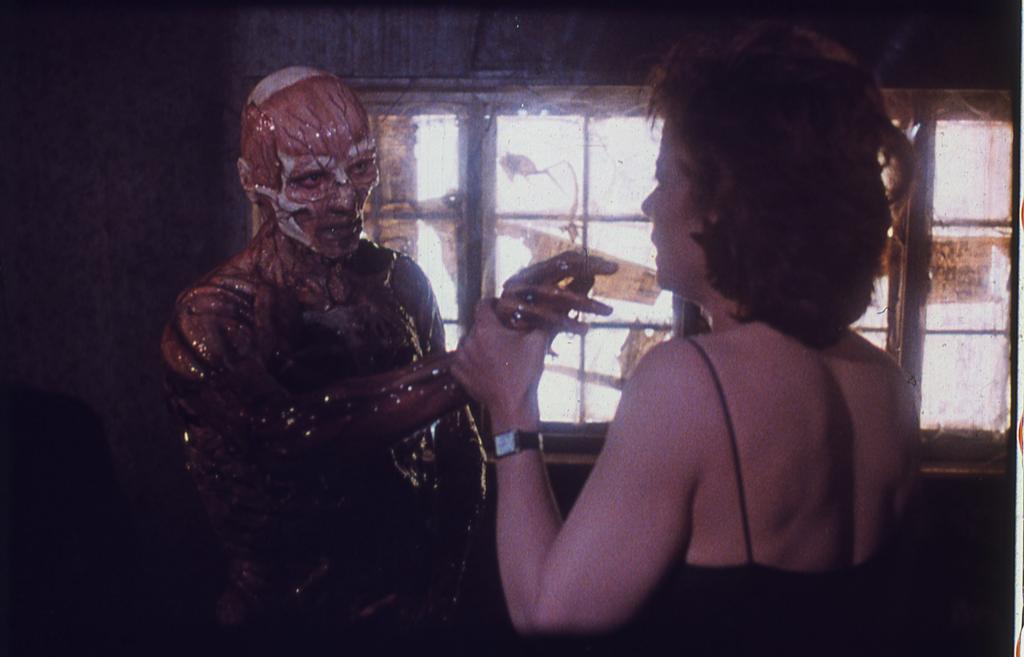 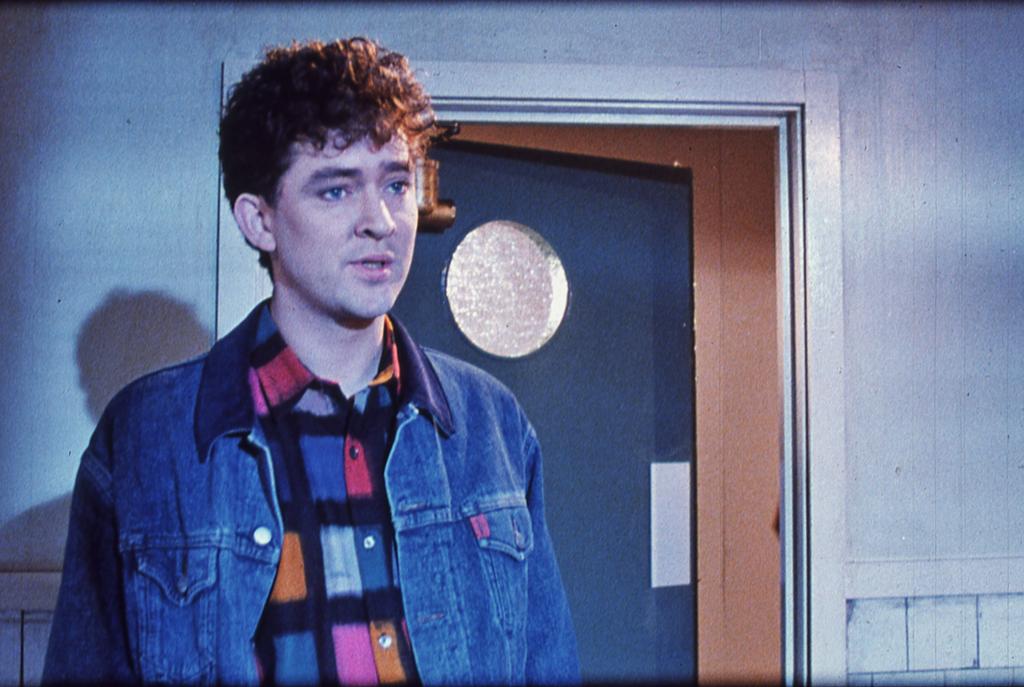 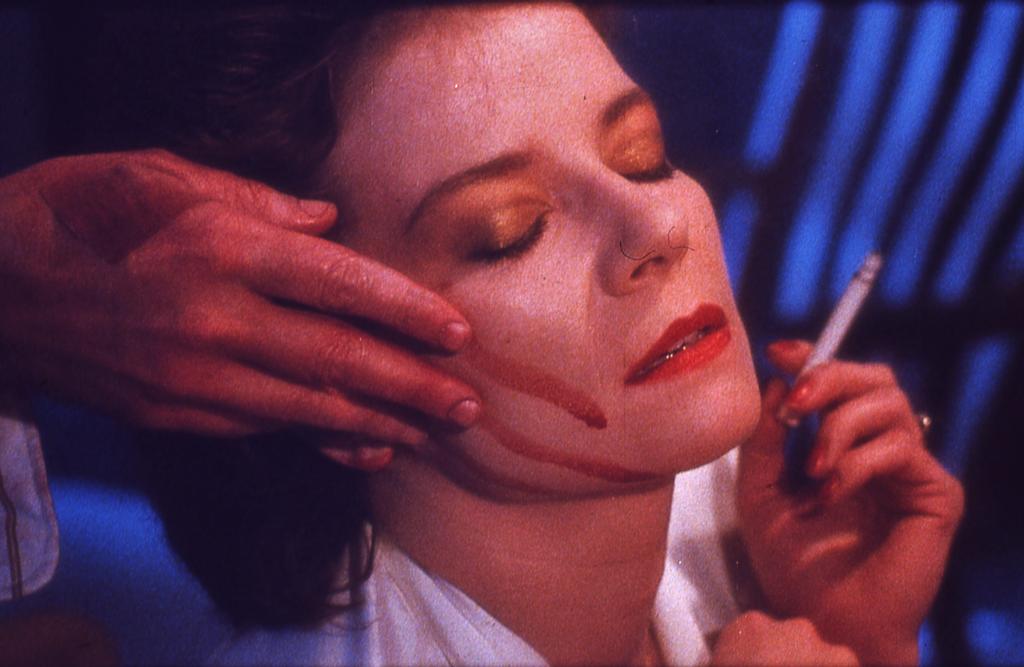 And having seen his and his screencaps, I can never unsee just how horrid the Arrow master really is in comparison. All of the stylish blue flair and whatnot is just dull, neutral, and lifeless! It’s very much akin to how Fox treated BTiLC.

This led me down a sort of train of hobby work for a while over on FanRes ( https://forum.fanres.com/thread-2497.html ) where I tried to regrade with Arrow BD with those five 35mm stills above as well as a gallery of other stills provided from the same guy below.

The results were mixed admittedly. Although I did come out with a release of the regrade, I was never truly happy with the results for a variety of reasons.

The first big reason was that I was brand new to the community and I was still trying to figure out how to approach this project. The long story short in that regard was TomArrow being basically my mentor as he watched me continually struggle trying to piece together basic stuff (though I am very thankful that he was a very patient person and stuck around). Since then though, I’ve learned some newer techniques and stuff that’d helped me a lot back then.

The second biggest reason was that there was a lot of educated guessing involved which I didn’t like to do since I had no idea how the colors were supposed to be handled for scenes outside of those stills and I couldn’t tell what was fading or photochemical color grading more often than not. Although there is a laserdisc that does respect the 35mm color grading, I have no means of ripping it even if I could get my hands on it.

On top of all that, there was still the weirdly harsh grain issue in the BD that I had no way of really fixing easily without accidentally DNRing detail. At the end of the day, it was a bit of a mess that I hoped to revisit someday.

Fast forward a few years later when I stumbled onto some celluloid-pertinent opportunities, I noticed that this movie was on the books with a low-fade high-quality print.

A perfect opportunity to finally be able to see how the whole movie looked in 35mm for the first time and in 4K no less!

Calculations had roughly estimated the project costs to be $1000 to cover rental, shipping, scanning and a hard drive.

As usual, I’ll start with pledges, though I’ll make a PayPal Pool if it looks like we can overcome the initial cost hurdle.

5 bucks here! Sorry it not alot but given the times its what I can do. excited for this!

Would like to inform donors that a Reel 1 preview is available to see now! 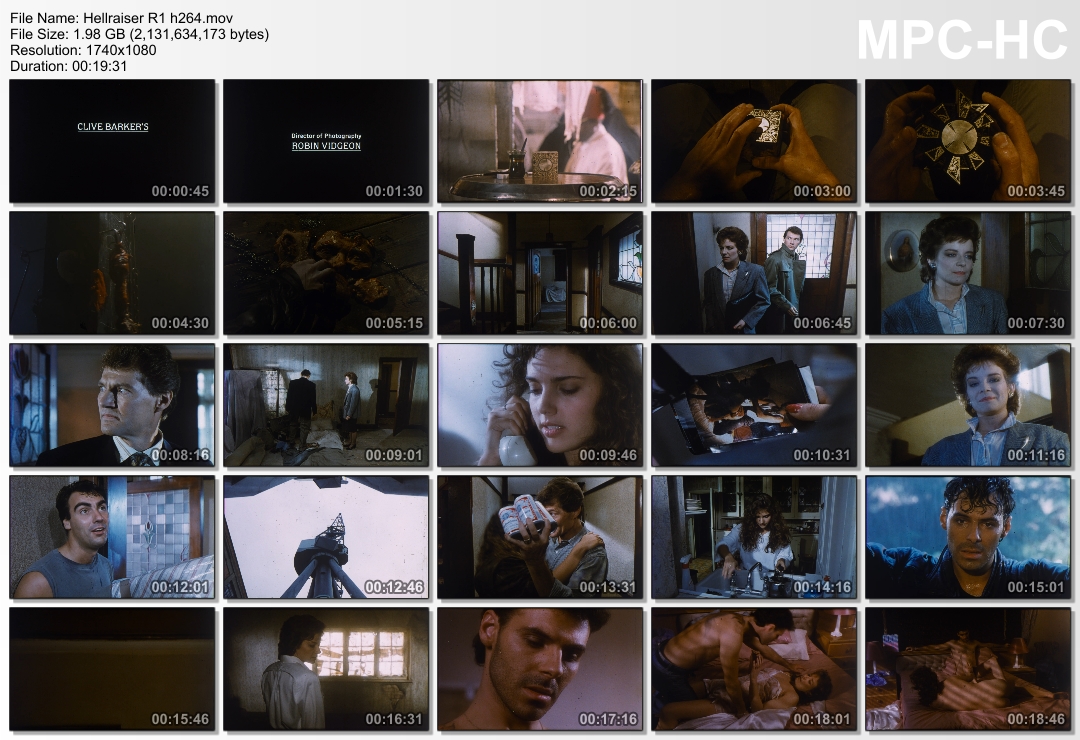 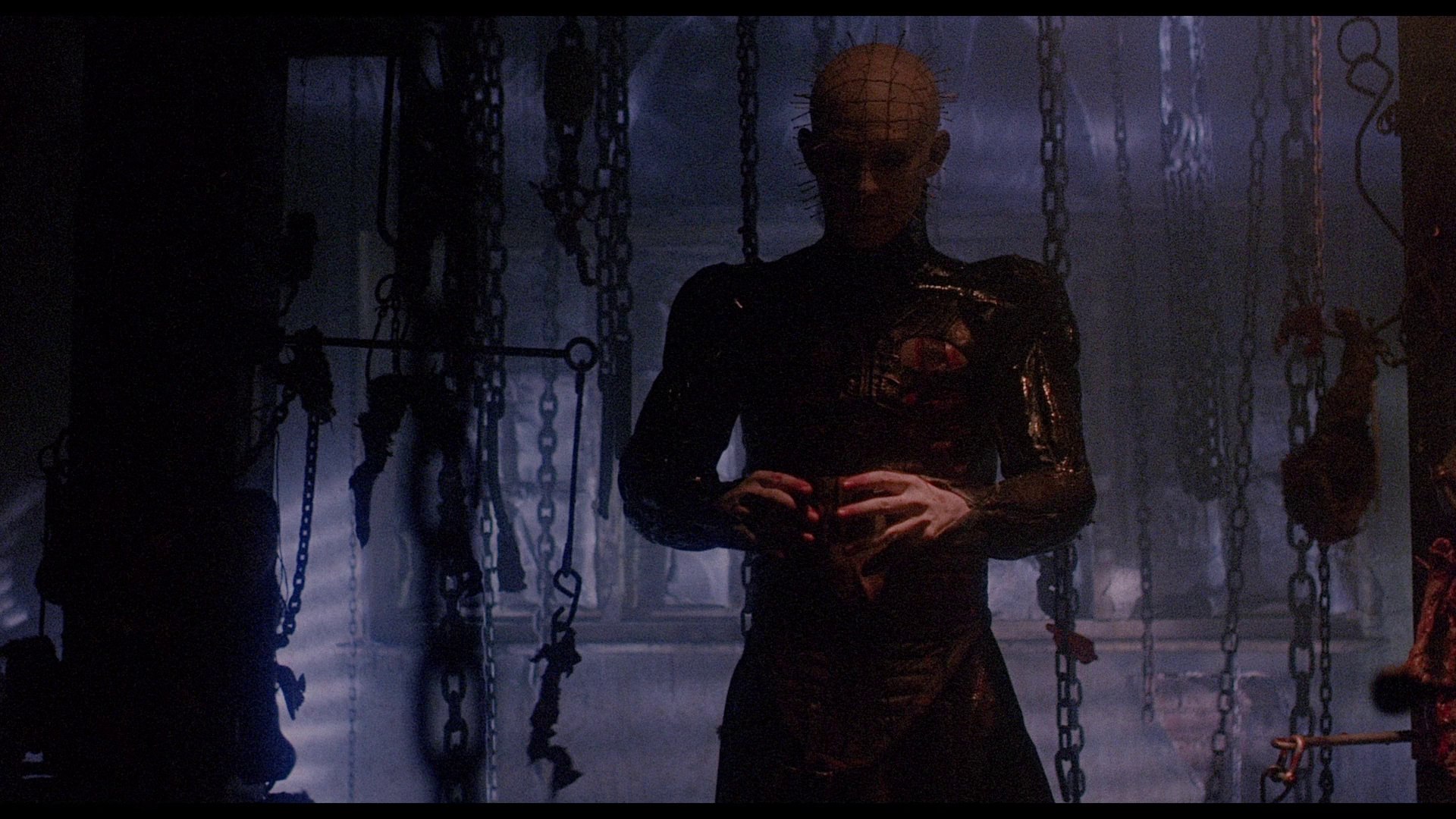 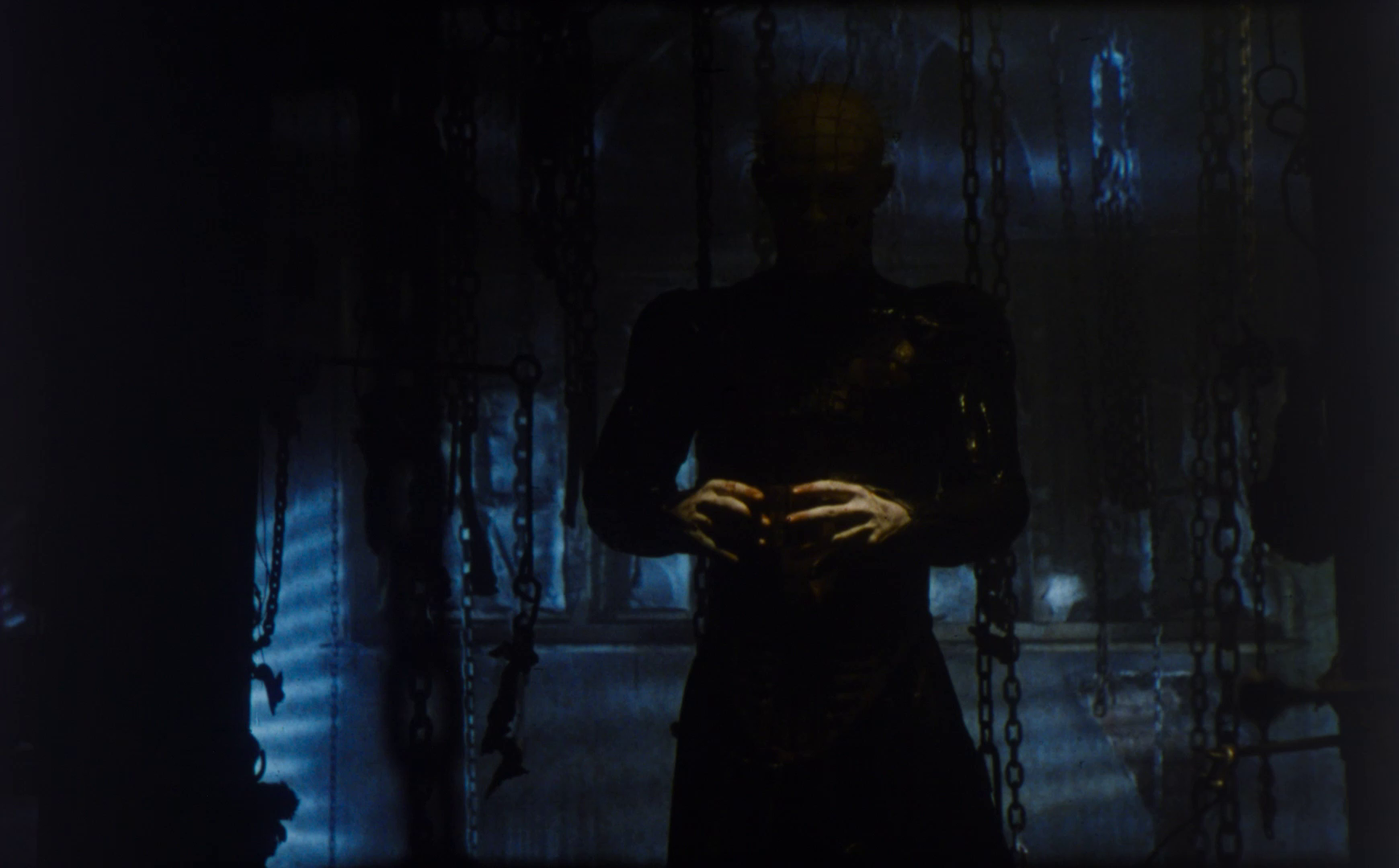 Even though the color grading is not finalized (won’t be until I get my hands on the RAW files at the end of it all), it’s clear right off the bat that there are far more photochemical blues overall than the Arrow BD and looks very stylish in many shots.

Here’s a little test to show what it looks like with a bit more adjustment (though again, not at all final) 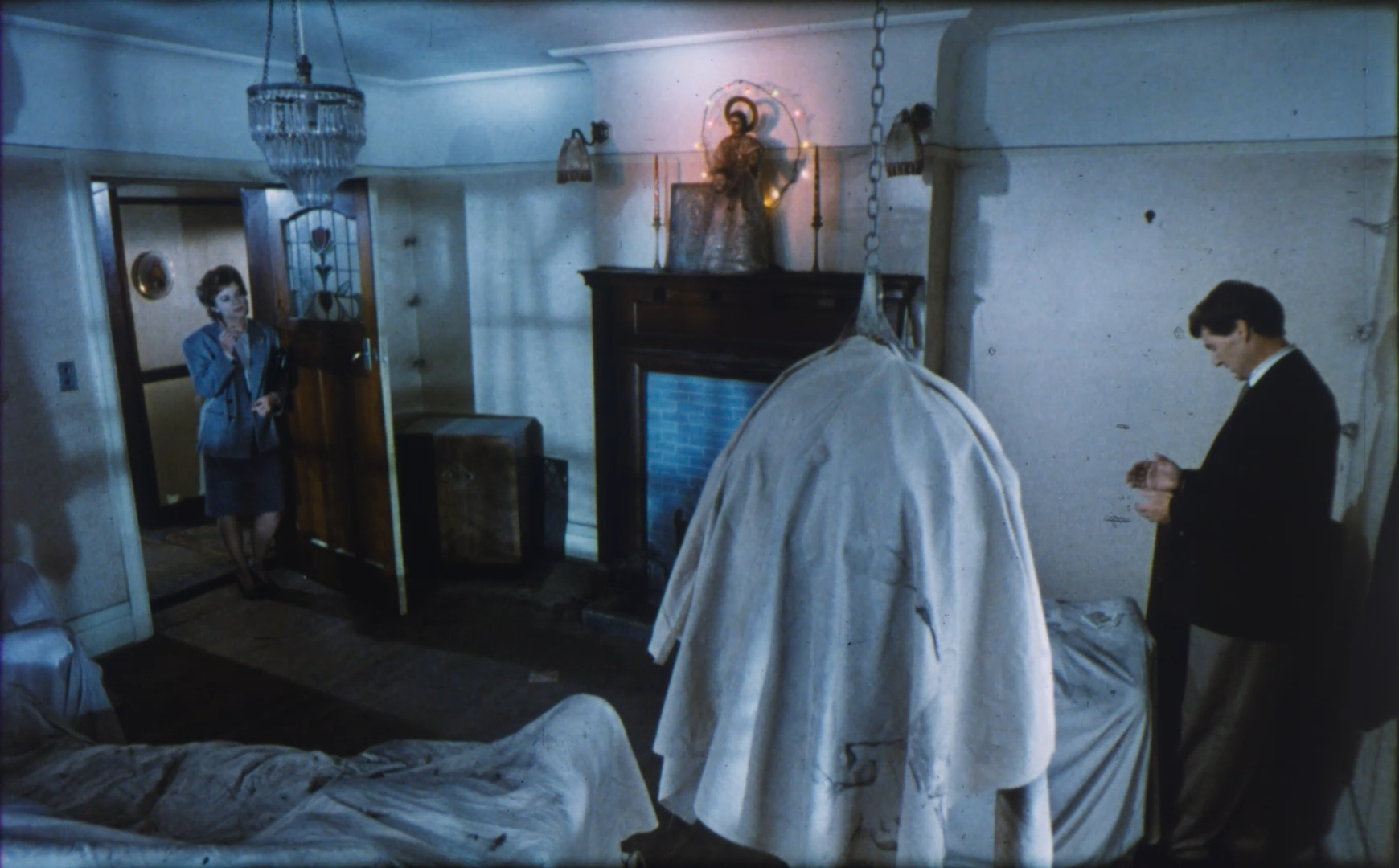 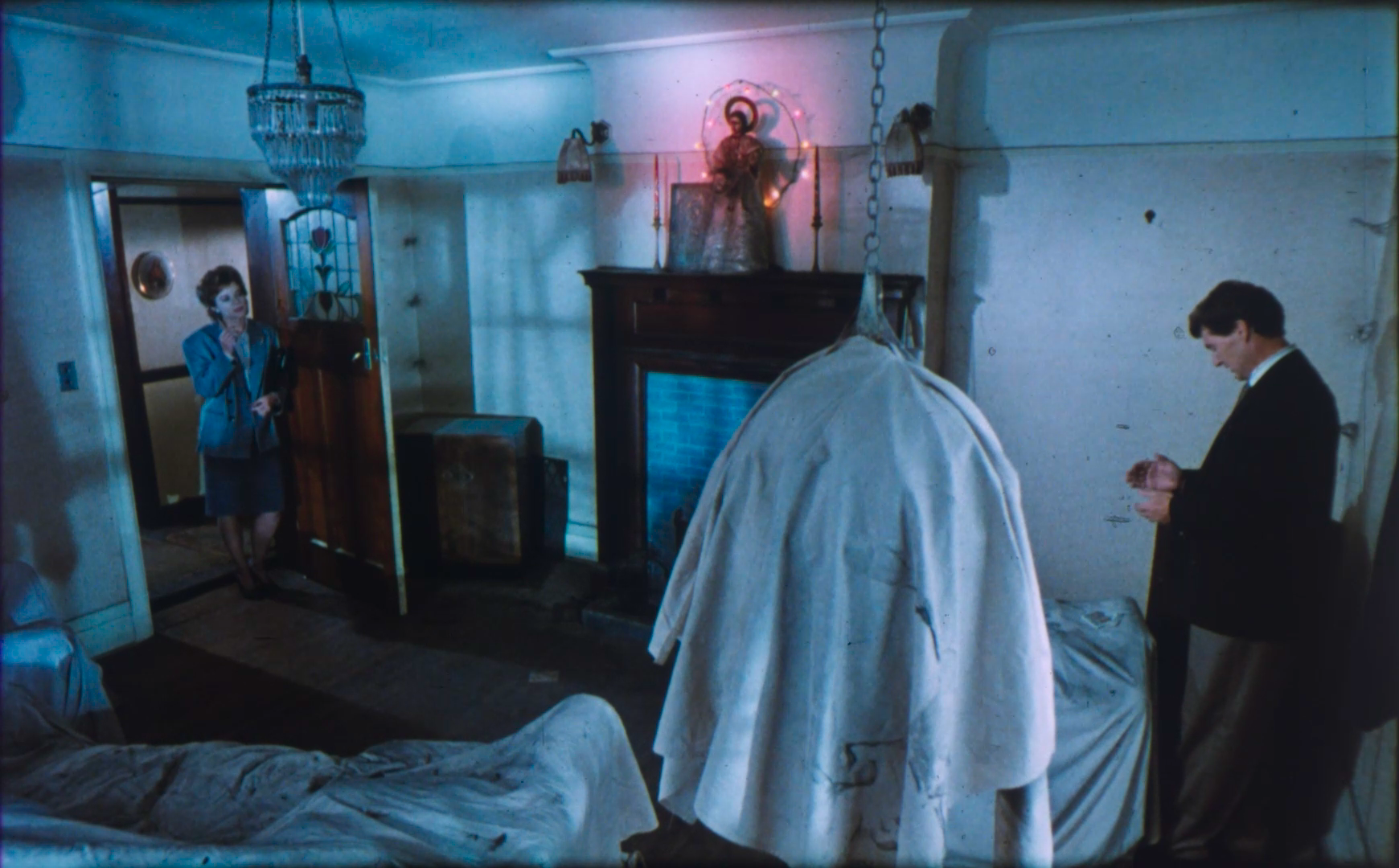 It’s definitely been reminding me as to why I’ve been wanting to pursue this movie for a while now.

Anyways, with all that said, this project is still only half-way to getting the funding needed to get the whole print scanned, so please donate if you’re interested and want to check out the first reel!

Previews for Reels 2 & 3 are now available for donors (check the link from last time)! 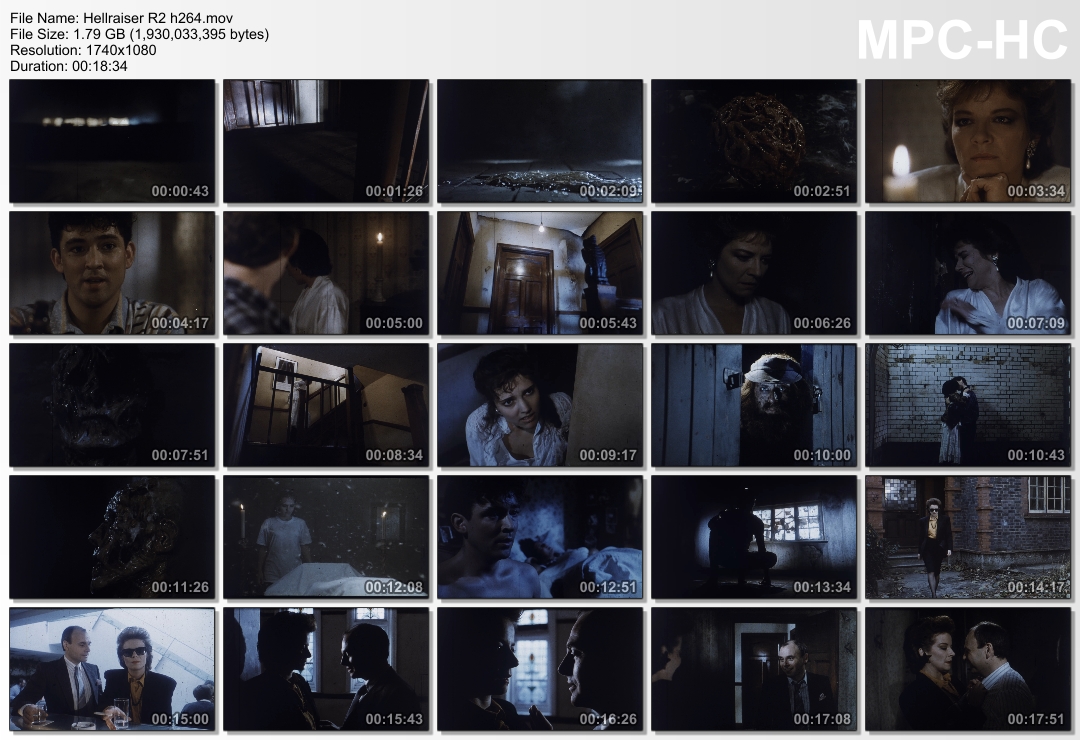 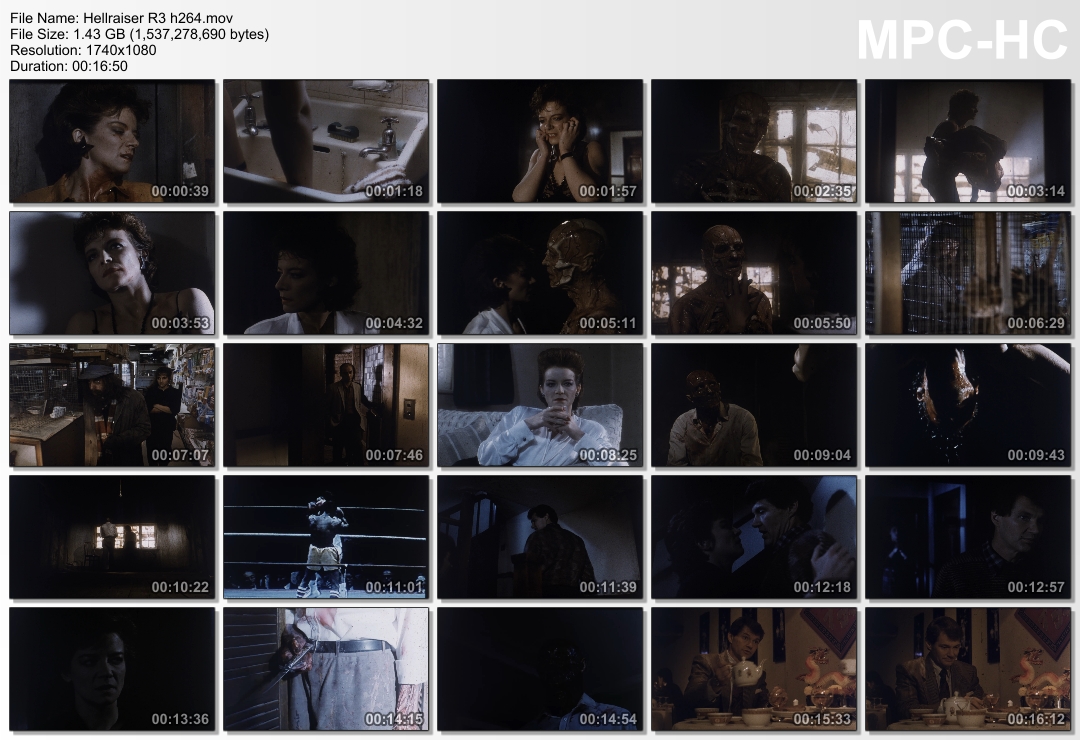 Once again, preview colors are not fully representative of how it’ll look in the end, so bear with the funky desaturated look for the time being, please.

Keep in mind though, donations are still needed to fully fund the scan, so please do if you haven’t already!

Merry Christmas Everyone!
Previews of the remaining two reels are available for donors now! 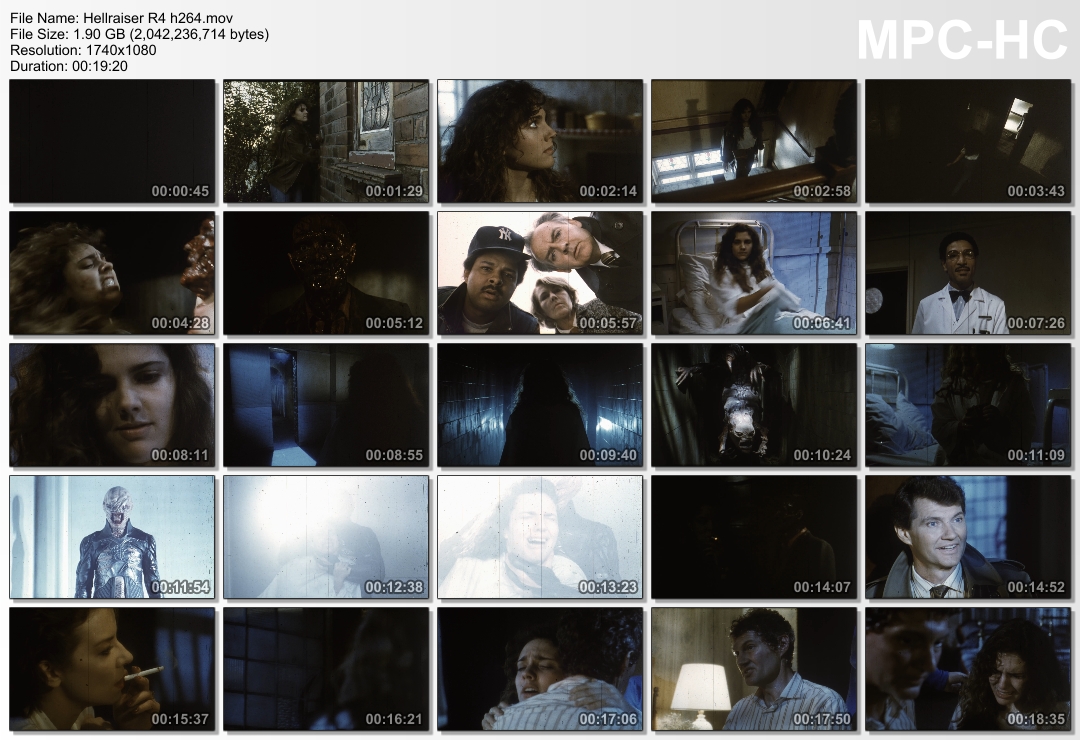 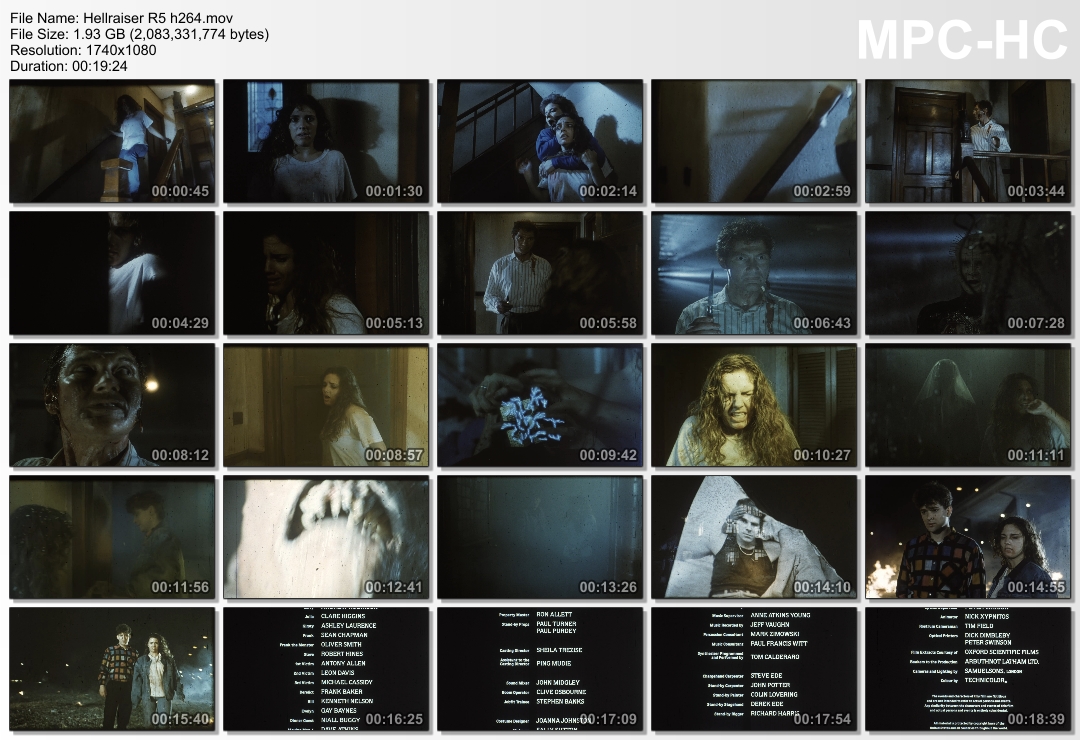 As you can see, even through the uncalibrated preview colors, practically the entirety of the climax showcases photochemical blues that are missing on most home releases.

Anyways, the good news is I was told that $70 should cover the remainder of the scanning fee, which is a fair bit lower than my initial goal estimation (though further funds might be necessary to cover shipping or some other unexpected fee so I’m keeping the estimate the goal the same for now).

I’ve already contributed to this, but just to say this is all looking fantastic, top work and really appreciated! 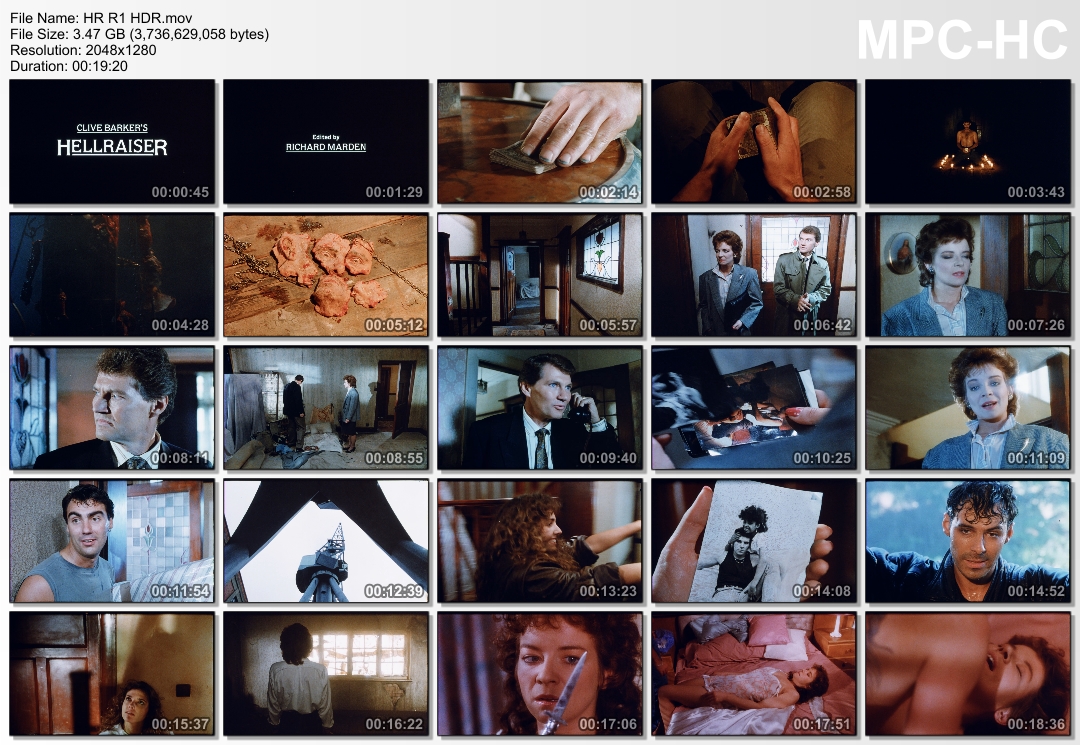 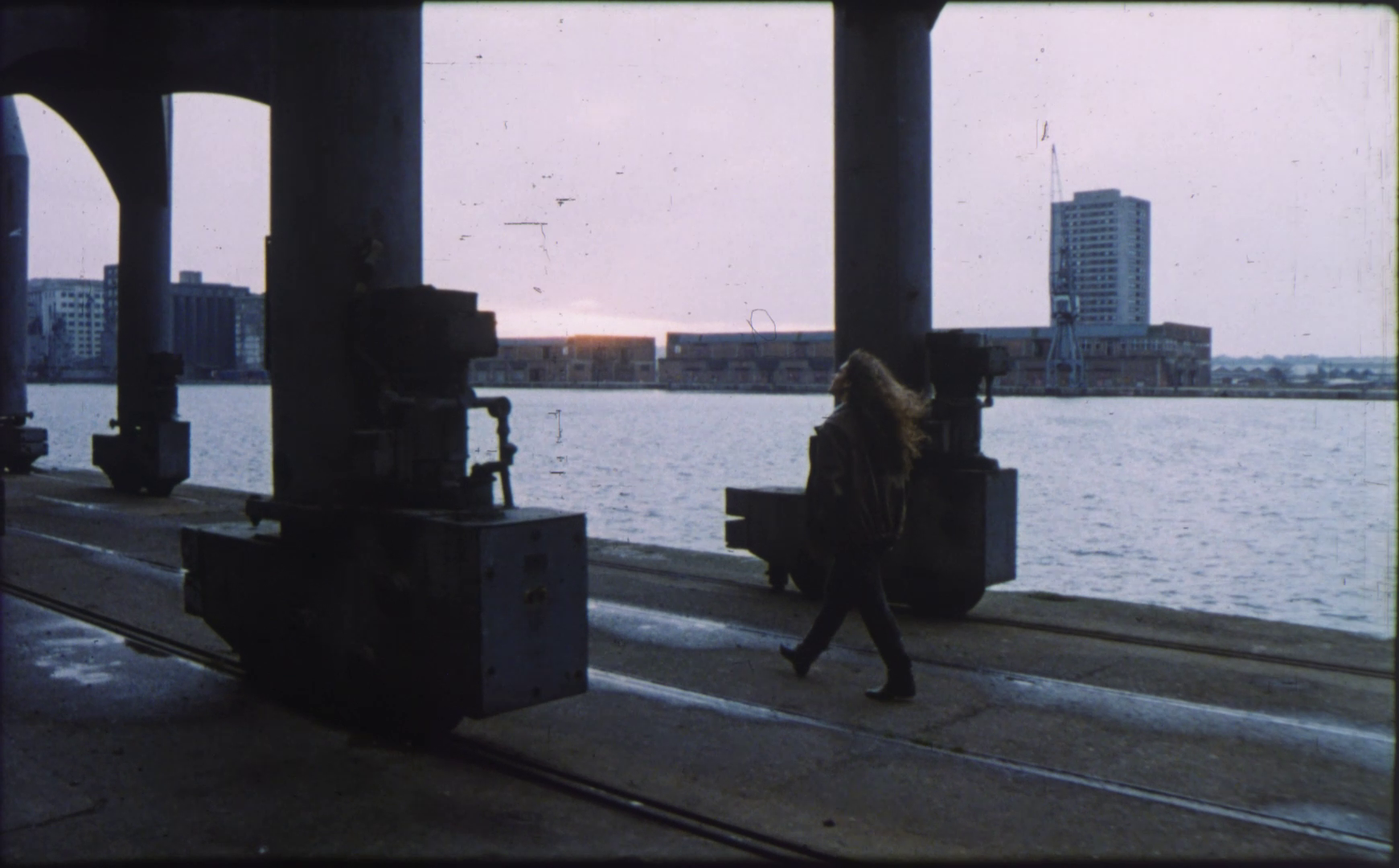 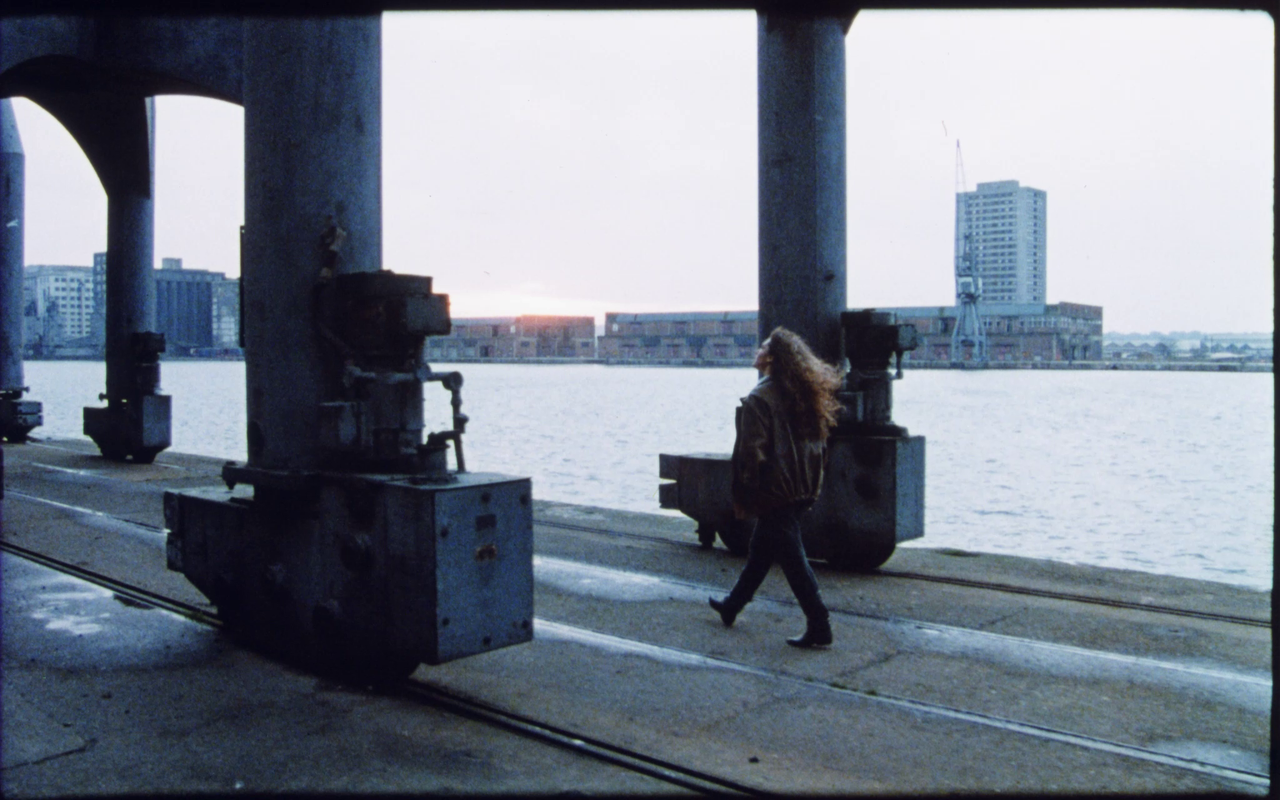 Funding is still needed to finish off this scan, however, I am hoping this little tease of the HDR rescan is an enticement to donate to help cover the final costs.

Count me in for 5$, its not much but I’ve been giving 5$ here and there a lot and I suppose it would be funded already if everybody would be pitching in 5$:)

As it turns out, the rescan will require extra funds than I initially thought, so the end goal will be around $1,100 (about $100+ from my initial goal).

However, that being said, despite the price hike, I would certainly say that the investment is worth it as it ends up hiding even more damage than I initially thought having seen more preview material (from reel 2), making even some of the more heavily scratched areas look near-pristine. 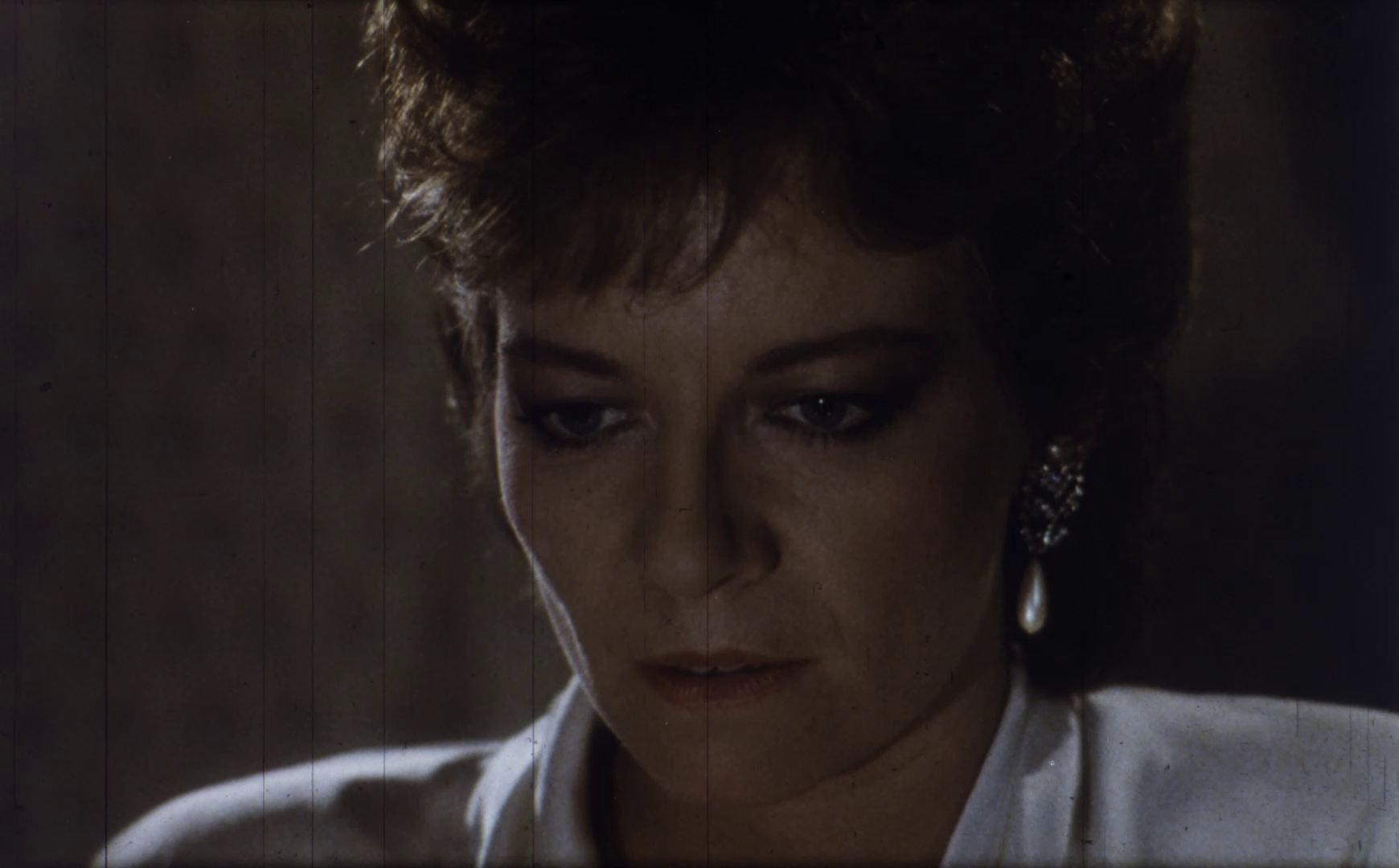 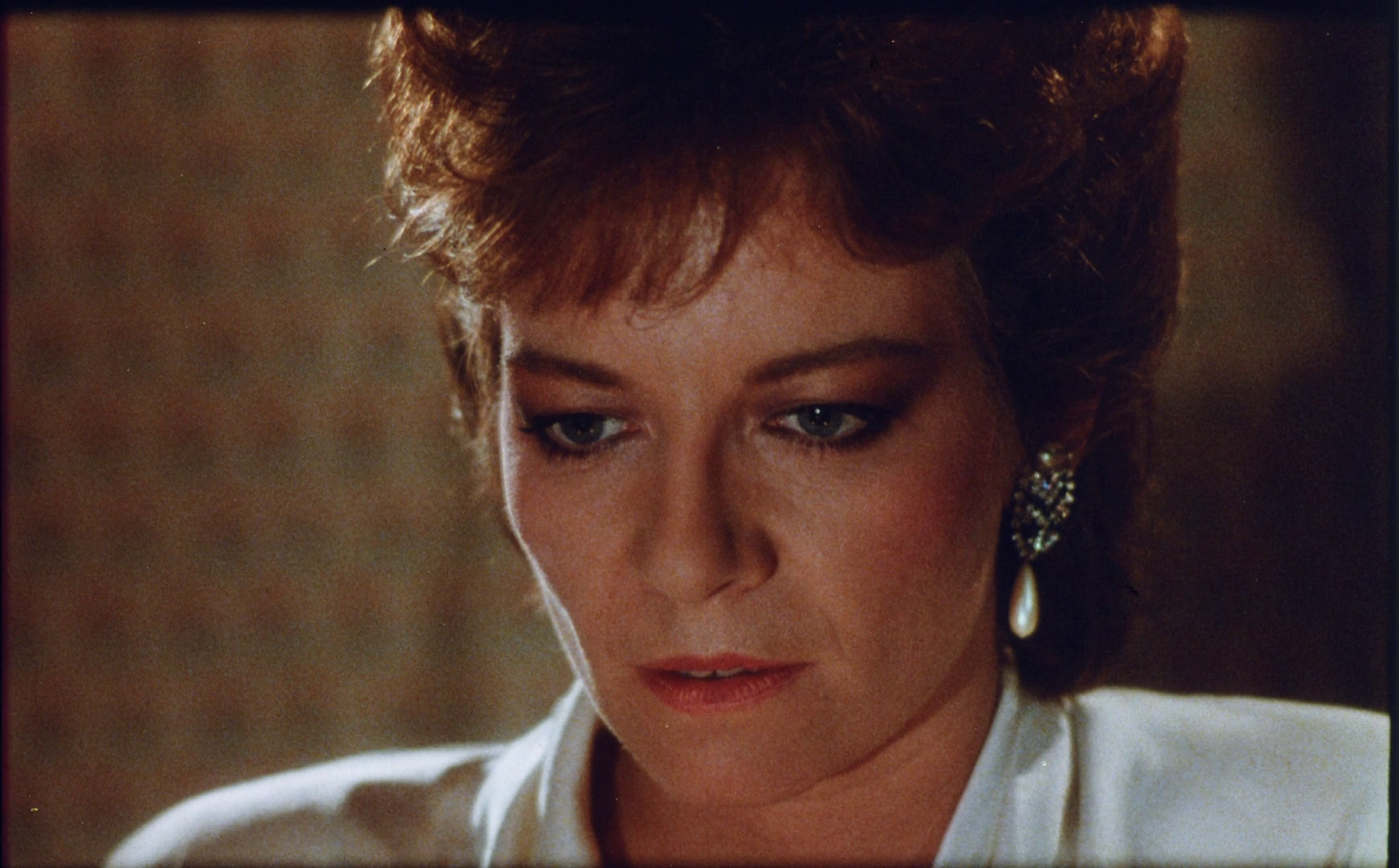 So although there’s still a bit more fundraising needed, I can at least guarantee the results will look far superior.

As it turns out, the rescan will require extra funds than I initially thought, so the end goal will be around $1,100 (about $100+ from my initial goal).

However, that being said, despite the price hike, I would certainly say that the investment is worth it as it ends up hiding even more damage than I initially thought having seen more preview material (from reel 2), making even some of the more heavily scratched areas look near-pristine.

So although there’s still a bit more fundraising needed, I can at least guarantee the results will look far superior.

Thanks to a sizable donation from a benefactor on FanRes, I only need $120~ to cover the rest of the scan!

In the meantime: Reel 2 rescan is up for donors! 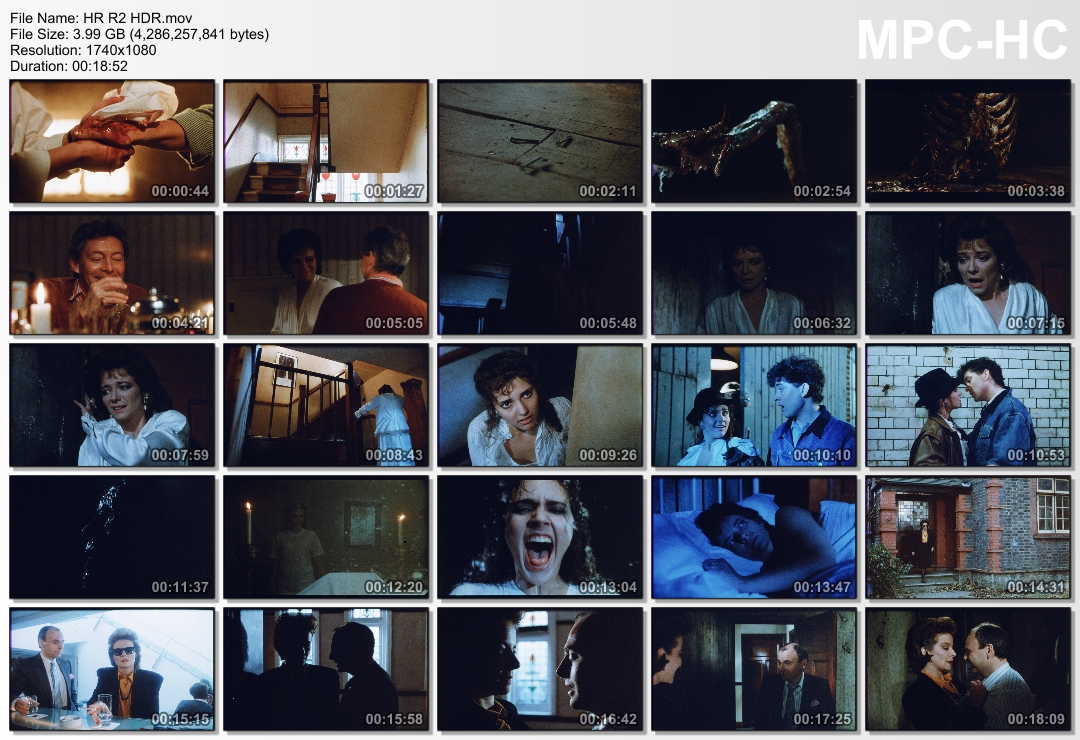 Managed to raise $50 overnight, so here’s Reel 3 available for donors too! 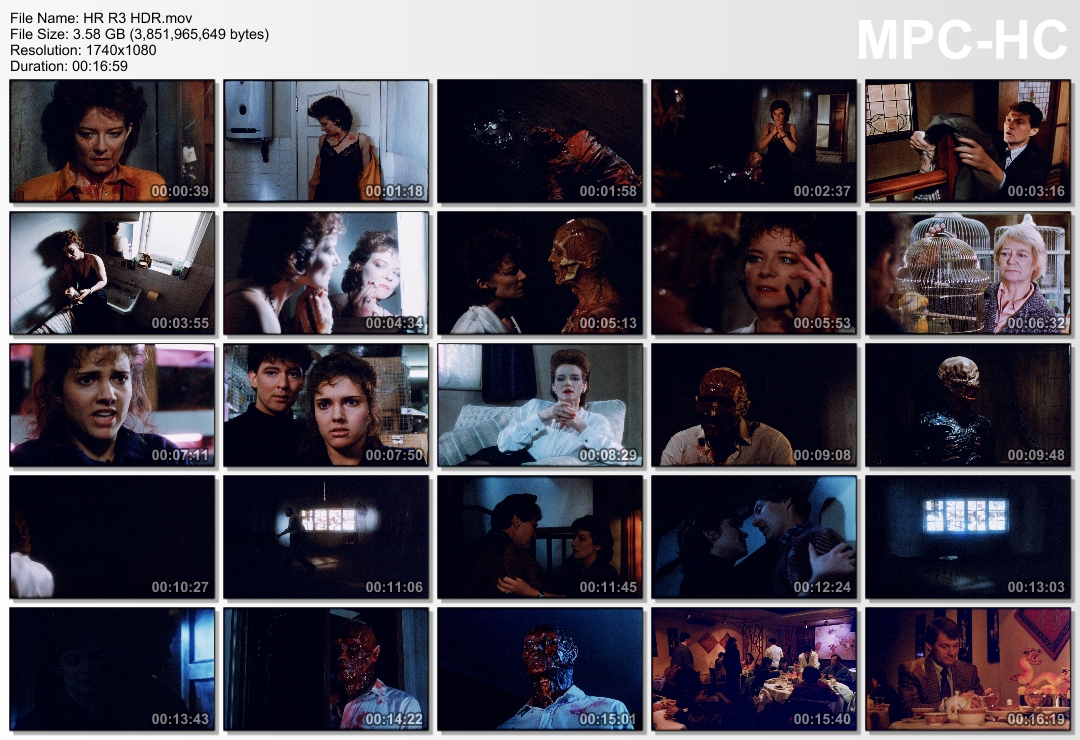 Info for this project?

Info for this project?

Currently, plans are being made for a hard drive to come in towards my way.

I already have most things ready in advance, though I will likely have to make some minor tweaks to the color grading of the RAW scans before rendering out a proper release sometime in the future.

I will gladly pitch in for the remaining 25

I’d like to donate toward this, I’d been meaning to and forgot it was happening.

can I still donate?