Which covers are your favorite? 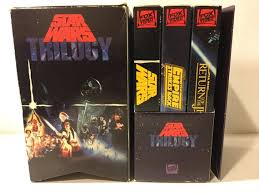 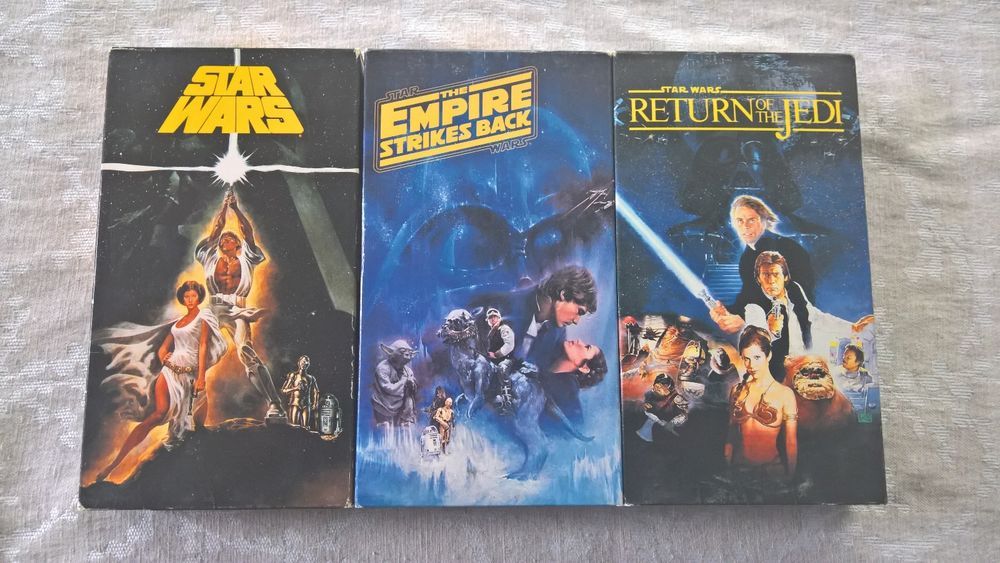 Maybe it’s because these are the covers I grew up with but I really like the '97 special edition covers. I’m personally not a fan of the special editions when compared to the unaltered versions but these covers really work for me. The only gripe I have with these is the use of the “Empire Strikes Back” Duel on the “Return of the Jedi” cover and the use of the Emperor from “Return of the Jedi” in the “Empire Strikes Back” cover. I don’t pay much attention to these issues because overall I feel the presentation is among the best of any of the posters.

Not to mention Leia on the ANH cover being from (I think) ESB.

The complete artwork, by Drew Struzan:

My favorite covers were the THX mastered VHS tapes from 1995 with the big images of Vader, the stormtrooper and Yoda. I loved the simplicity and iconic art style. Also, not original trilogy related, but my true favorite Star Wars cover is the US Best Buy steelbook of Rogue One. It’s a minimalist masterpiece.

I think those ’92 covers are probably the best.

I’ve got a soft spot for the Special Edition covers as well. Having the covers on display in my office, I’ve been noticing how many elements are borrowed from the other movies, some of which have already been mentioned:

ANH:
I don’t think Leia had that hairstyle in ANH. (crissrudd mentioned this).

ESB:
Vader’s TIE is on the cover despite only being in ANH.
As Chaotic mentioned, the RotJ Emperor.
Vader is from a RotJ publicity photo.

Not to mention that not only were most of those issues not corrected for the 2000 covers but Leia on the ANH cover was clearly replaced by an image from ESB! 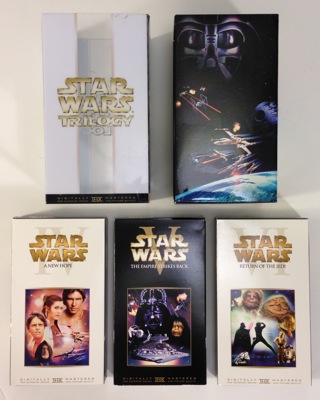