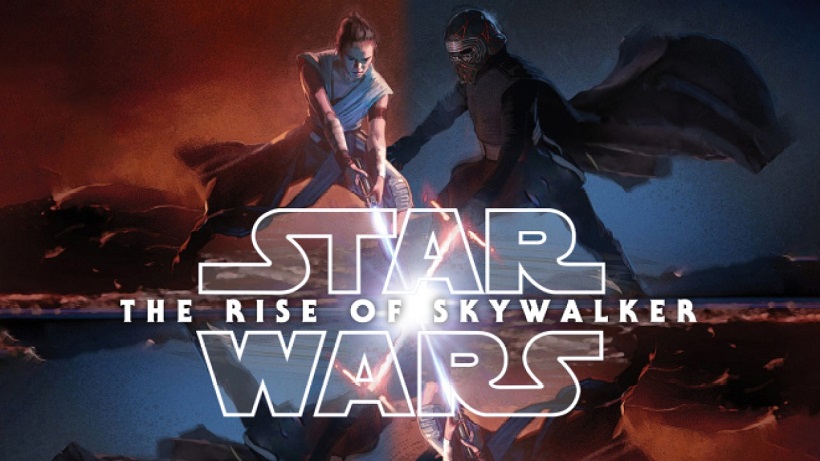 A thread to discuss spoilers about Star Wars: Episode IX - The Rise Of Skywalker.

As a courtesy to fellow members, when linking to youtube videos or articles etc, please give both the title and source to which you are linking to - thank you.

Mod Edit: This thread is NOT the place for members to rehash previous circular and oft-repeated debates that have taken place in the TFA/TLJ and relevant character threads etc - this thread is for discussing Episode IX.

I figured that spoilers would start popping up soon, so I thought I’d have a thread ready for them when they started coming. They won’t be from filming, obviously, but they’ve got to be doing some sort of work at this point.

I might be a little premature on this, but I can’t help but want to have all three spoiler threads started by the same person. 😉

Well, that didn’t pan out.

I’m somewhat stunned they are staying with May with Avatar pushed back to 2020. In any case, uplifting news for every one of us that there might be a 1.5 year hold up amongst TLJ and IX, and for the Han Solo turn off and IX I won’t need to sit outside in the snow holding up haha.

The guy who works at the comic shop I go to has a theory that the shifting release date has more to do with the Frozen sequel than anything else. I haven’t looked into it myself yet, but that sounds plausible to me.

The guy who works at the comic shop I go to has a theory that the shifting release date has more to do with the Frozen sequel than anything else. I haven’t looked into it myself yet, but that sounds plausible to me.

That would make sense. I just checked imdb and Frozen 2 is slated for November 27, 2019.

I would say there’s no way they’d compete with themselves by releasing a Marvel or Star Wars movie only three weeks later, but then again they’re already releasing Avengers 3 and Han Solo that exact same length of time from each other next May. Unless plans change, they’re doing the same thing with Avengers 4 and Episode IX a year later.

Lest we forget, the original plan was to release Episode VIII this past weekend, only three weeks after Guardians 2.

Maybe they’ve done the math and figured they’re not competing with themselves during the summer months when most people going to see those Avengers movies will do so in the first three weeks anyway but the winter months are too cold for more than one big tentpole release.

Plus, the movie is called Frozen.

I can see why they’d want it to be the last release of the year.

“Not only did I grow up on these stories, like all of us did, [but] I think that the values of Star Wars are values that I hold very close and very dear in my life. I feel that the message of the way that the Force teaches you to treat other people and show respect for others, and the way it guides you through life, is really important to me. And I hope everybody would realize that that set of stories has affected me as deeply in my life as it has affected them.

I think the challenge for me is to recognize that everyone has their own personal relationship with these stories, and it’s different depending on who you are. And I need to make a film that you’ll appreciate, even if your experience with it was different, which is making something that will be deeply emotionally resonant and satisfying for people all around the world. And I think about it a lot.”

“There tends to be a lot of assumptions made about control, but the reality is, it’s a collaboration. It’s not me locked in a room with the producers trying to get in and me saying, ‘I’m making my decisions!’ It is a much more collaborative process. I think that except for very, very rare circumstances, there is no such thing as final cut anymore.

And I think the best-case scenario for any film is that the producer and the writer and the director are all on the same page and making the same movie. I’ve been fortunate enough in all the films that I’ve made so far that we haven’t had internal conflicts, as far as the movie that we were making. That can happen, and I know that’s frustrating for all involved when it does That’s not a situation I’m involved in.”

“Kathy is someone who has been a mentor my entire life, but I didn’t know it until I started working with her, and I saw how much of her soul and of her storytelling skill and her ability to read into the humanity of an individual goes into the films that she makes and how much of what I’ve loved about so many of those films came from her,” he said. “It’s something that I learn more about everyday. At this moment, she is really my key collaborator in what I’m doing, along with a group that she has built of incredible thinkers and storytellers. It’s going to certainly result in a movie very different from any that I’ve ever made because it’s not just me. It’s a group of people who deeply care about it.”

The director also explained that he travels as much as possible so he can absorb the experiences of people around the world to guide his filmmaking. “I make a lot of my choices not just [based] on what I want to see, but what I know my son and my daughter want to see and what other people I meet will want to see,” he said. “I’m always listening.”

About movies IX may compete with; Disney wants Avatar to do well. They recently made a “World of Pandora” attraction at Disneyworld.

Do they not see the birds controlled in the atmosphere of the sky? none holds them up except Allah. Indeed in that are signs for a people who believe. – Quran (16:79)

You want them replaced 3/4 of the way into principal photography by Ron Howard?

Possibly VERY naieve, but even though Disney owns all those propertys I’m not actually seeing the competition.

Kids that want to see Frozen 2 are not yet ready for Star Wars, people with kids will find the time to see both, Anyone more into Avengers will see that, then Frozen / SW IX, or both. If you are an adult and into action movies then you have choices as the adult into sci-fi has choices.

Myself as an example, a man with a wife but no kids will eventually (within the short timeframe movies are in movie theatres) see Avengers, SW’s, and then get dragooned into taking my nieces and nephews to see Frozen.

I might prefer some than others, might even be unwilling (FROZEN) but I’ll do it… Is there a loss, will one demographic beat the others and will Disney feel they lost box office by competing with themselves? Dispel my naivety by all means, just dont hurt my feelings 😉

Not true. I know two of them.

I can already envision it: the audience will have mixed reviews about IX when it’s released, then as time goes on they’ll realize the film wasn’t that great to begin with to where the faneditors will have to step in to fix it.

If it were to be done, it should be done humanely. Accordingly, they would be replaced right now. Doesn’t seem like it’ll happen.

Tell them they’re going to go live on a Moisture Farm?

Star Wars: Episode IX is getting a rewrite.

Jack Thorne, the British scribe who wrote the upcoming Julia Roberts-Jacob Tremblay movie Wonder, has been tapped to work on the Star Wars installment that is to be directed by Colin Trevorrow.

Trevorrow and his writing partner, Derek Connolly, have been working on the script, but sources say a fresh set of eyes was needed. It is unclear how extensive the rewrites will be.

Rian Johnson wrote and directed Star Wars: The Last Jedi, the eighth installment of the sci-fi fantasy that opens Dec. 15.

Force Awakens stars Daisy Ridley, John Boyega, Adam Driver and Oscar Isaac are expected to return — but you never know who a Star Wars movie may kill off, so don’t get too comfortable — with the ninth installment eyeing a production start in January 2018.

Thorne is the creator or co-creator of several British television shows, dramas and thrillers, including The Fades, The Cast-Offs, The Last Panthers and National Treasure.

While those don’t sound like the Star Wars wheelhouse, his writing on two more recent programs brings him closer: His Dark Materials, BBC’s adaptation of the fantasy by Philip Pullman, and Philip K. Dick’s Electric Sheep for Channel 4.

Scripts get rewrites all the time. The usual suspects will read far more into this of course.

Someone correct me if I’m wrong, but I thought Rian Johnson wrote the initial treatment for Episode IX, not Trevorrow.

I believe that changed at a certain point during the process.

Trevorrow and Connolly didn’t even write Book of Henry though.

Best news I’ve gotten in a long while. Now this movie has hope.

What an ugly frog.