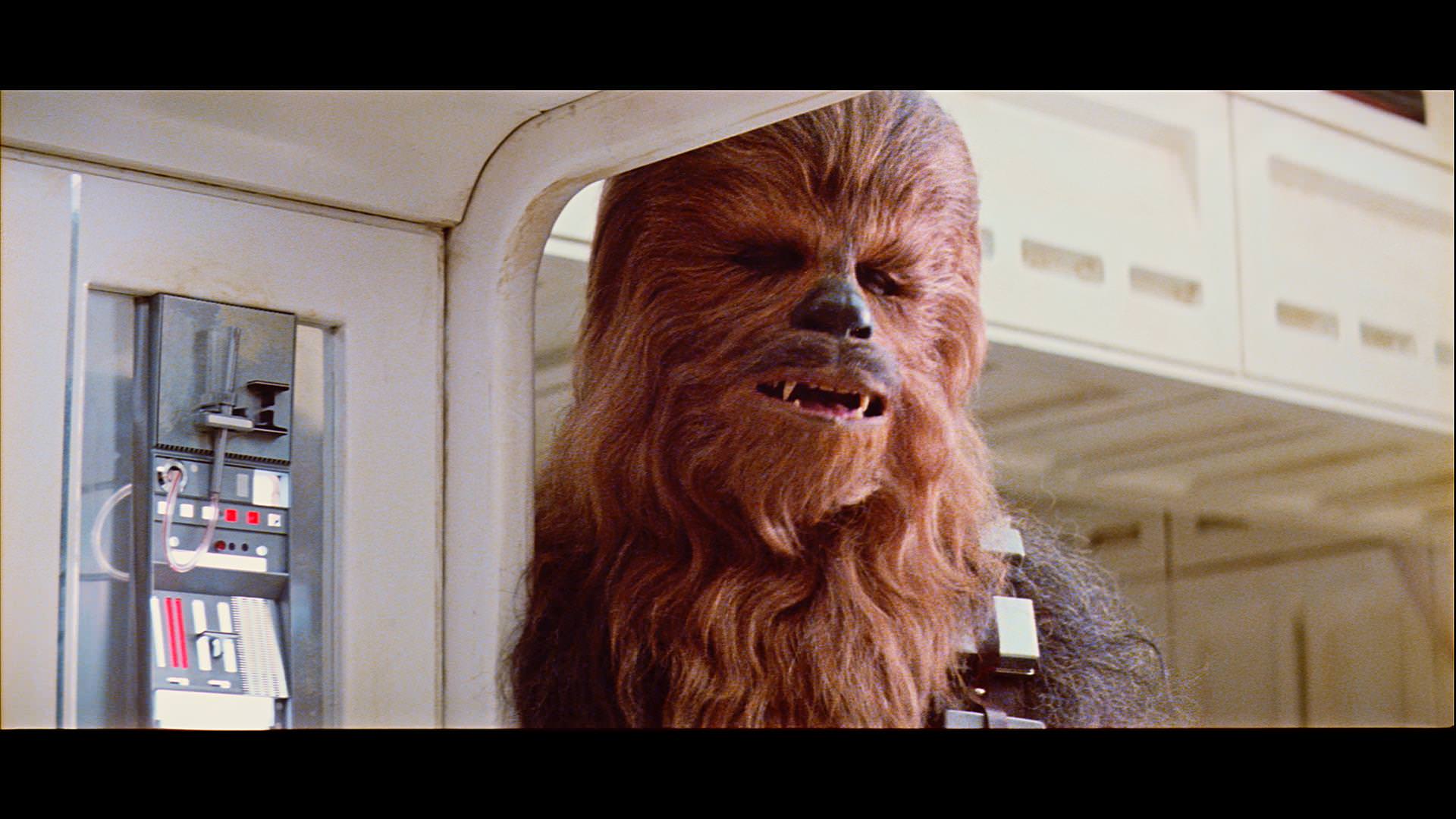 Closeup of what it looks like at 4K resolution… 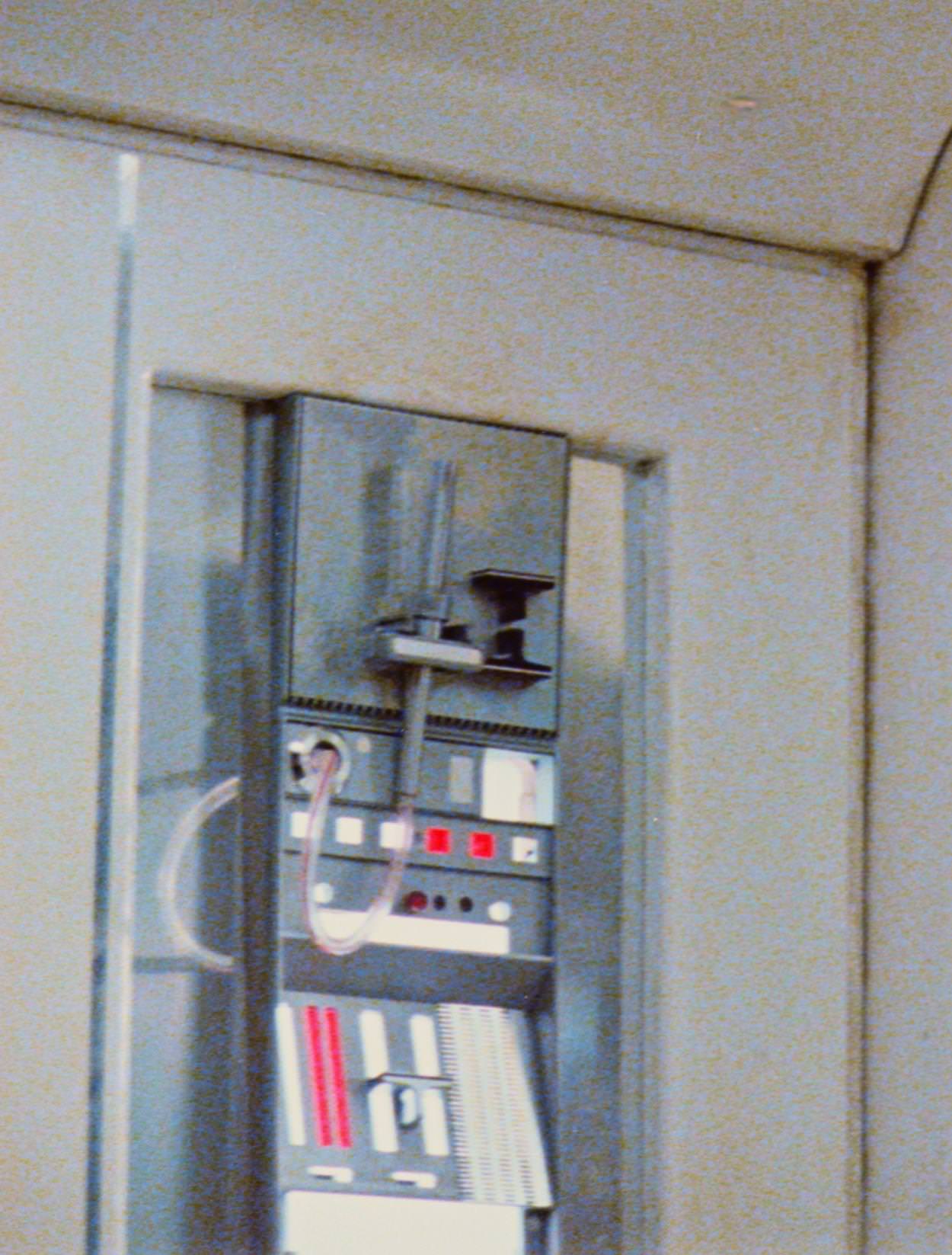 With some grain management and cleanup it looks much closer to how the image looks projected. 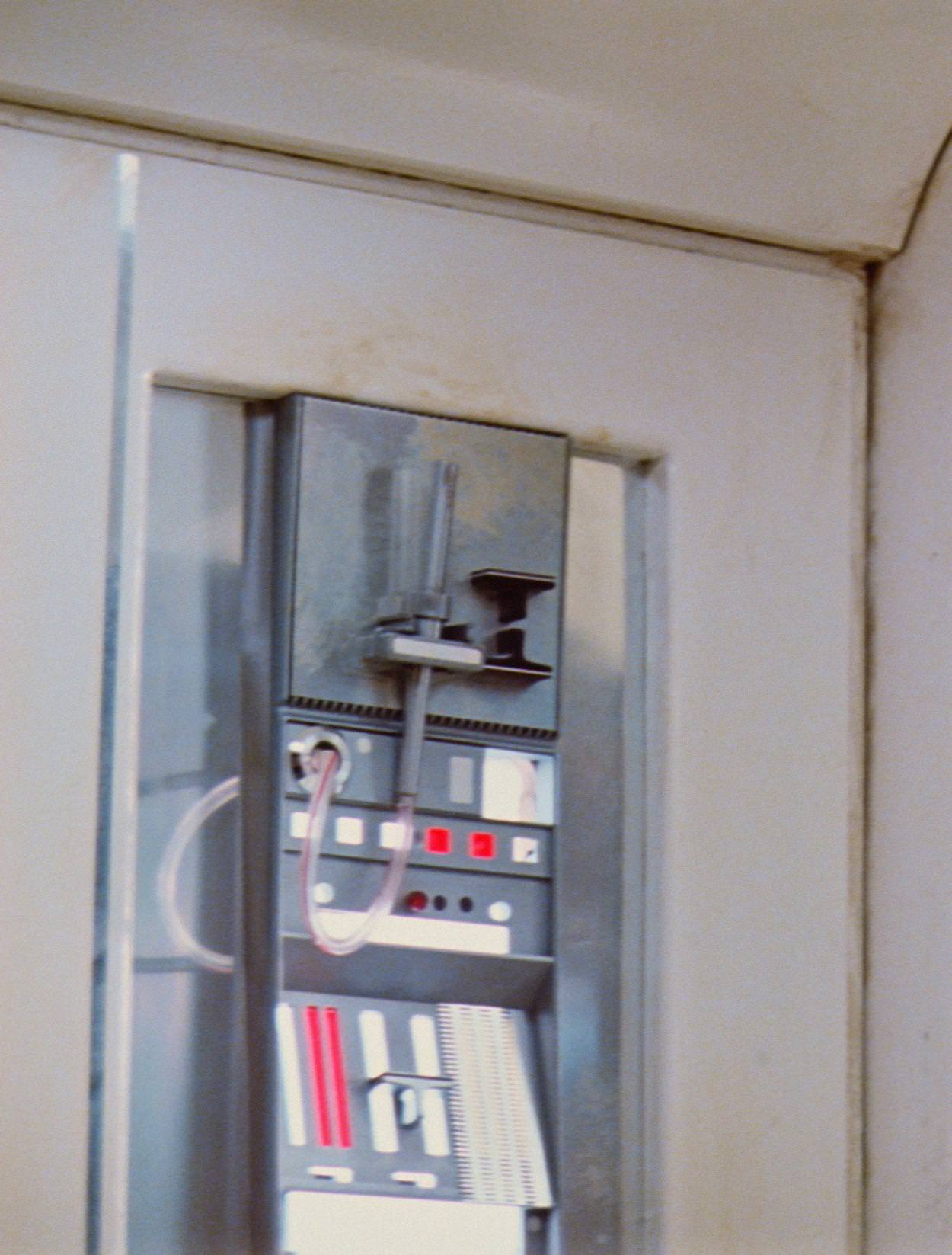 Oh, my gosh that’s an unbelievable result, Poita! Out of curiosity, would you be able to do a quick grain management and clean-up on frame 14988 of the lightsaber in the snow? Have always wanted to see what details on the hilt are laying behind the grain/dirt. Thanks!

I’m not sure what you are looking for, here is a first pass (1 of 3) I’m not really going to have time to run this today for a full restoration.

Here is the previous sabre scene as well for your research at UHD rez.

Thanks DrDre, but really the print is doing all the work at this stage 😃

Oh wow, does the sabre say “New York” on the back there??

It most definitely does! That’s what I was hoping to see as well as the profile of the black grips better! 😄 AWESOME! That is what we call in the prop community a Graflex 3 cell Folmer. Only the Folmers had the “New York” stamping on the bottom of the flashgun all the later models had “N.Y.” A very special prop right there gentlemen, just revealed by Poita!

This is what it looked like before the D-ring and Kobold installation: https://bit.ly/2PkPT7c

This is what it looked like before grips and clamp card were installed: https://bit.ly/2MDKISV

I forgot about that ! it’s definitely confirmed then.

It’s pretty easy, we really just do this.

OMG. WOW!!! I’m speechless. Poita, did anyone ever sort out a way to donate without the insane paypal fees?

Sent another donation to you Poita! Keep up this great work!!

Back to the Bacta tank for a second, I just noticed that in subsequent scenes, the Bacta tank shows up in the background a couple times, and it looks like it’s full of red Kool-Aid (or maybe Luke was just bleeding…a lot). I never noticed the incongruity before. I suspect with all the other light sources turned off, that tank would definitely cast a red glow over the surrounding area.

The tank was originally red but production difficulties made them change it to a clear blue color. Something to do with lighting.

I was under the impression that the lights above the tank just washed out the red color when he is in it. Adywan corrected the issue in ESB:R.

No, the water they used was blue/clear, not red.
The initial tank fill was red, you can see it in the other shots, they were shot before they lowered Mark into the tank.
Peter Suschitzky (the DP) decided the scene with Luke in the tank would have more impact If the tank was the main source of light in the scene. The did a test with a WWII searchlight firing at a mirror suspended above the tank. It flooded the room with red light, and they were worried it wouldn’t pick up well on film, and that it would make Luke look like he was being cooked. After the test and just before Luke was about to be lowered in, the big mirror shattered, sending huge, potentially deadly shards into the tank at speed. The thought on set was that had Mark been in the tank he might not have survived. They drained the tank, removed the glass and refilled it with chlorinated water. The lighting looked much better, less light was required and Luke was more visible, so they shot it with the tank ‘blue’.

The scenes shot before the accident have the original red liquid in there. There are photos of mark being lifted out of the tank, under normal lighting and the water is clear/bluish, and poor Mark looks like a drowned rat.

Also, On the print you can see the rainbow ribbon wire near Luke’s mouth, and the full colour spectrum is present. Had the water been even mildly red, those colours would not be there.

That’s what Poita does. He restores film, and he knows things.

Thank you for the clarification, always love to learn more about my favorite movie.

No problem.
Anyone that wants to donate to help make this happen, bounce me a PM, I can send bank details for US, UK or Euro donations with no fees.

I really want this done, more than any of the other projects. The film is fading fast for Empire, the others are safe on IB or LPP but very soon, there will be no watchable original Enpire prints in existence.