Hey guys! I’ve been posting here (very rarely) for years and I got excited about fan editing by following all the great projects around here. Now I got around to uploading one of my own so this is my first published fan edit. 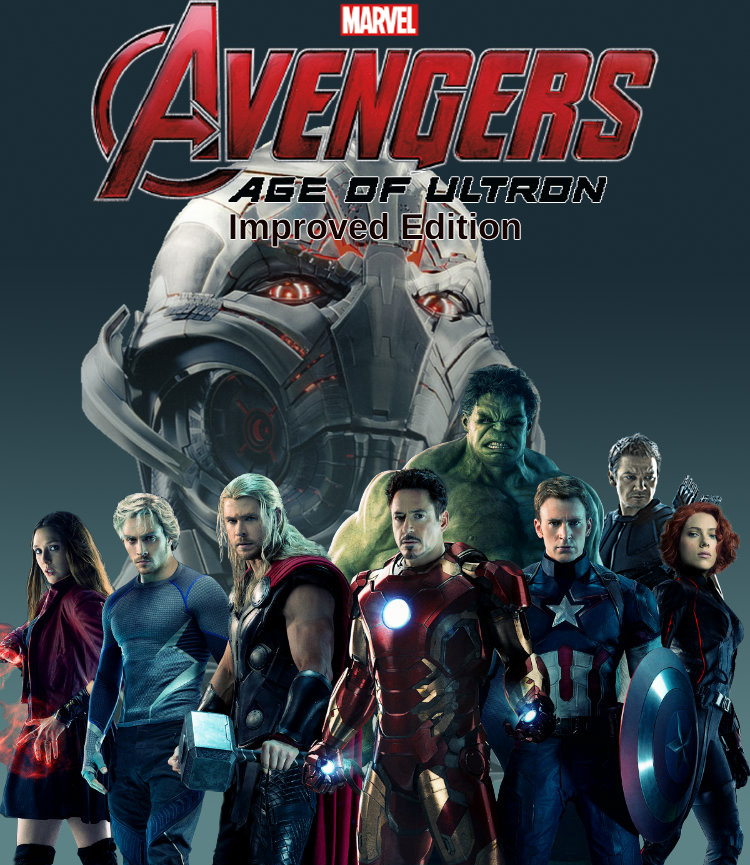 I always had a few problems with the second Avengers movie that could be edited out to make the movie more enjoyable so that’s what I’ve done here. The base for this fan edit is kk650’s regraded version of the movie instead of the blu-ray, removing the yellow tint found on original and saving me some work. Also ”The Norn Cave” -deleted scene from the blu-ray is used.

The goals of the edit were:

The Romanoff & Banner romance is the biggest issue for me as I just don’t find it believable at all. She’s a hard boiled agent so why she would fall for the sensitive guy actively trying to avoid any action? It feels so slapped on. This edit switches the dynamic to her being more motherly towards Banner which I think works way better and at least so far still fits with the rest of Avengers movies. This also let me shorten the farm house time that takes the momentum out a little too much in the original cut. Nick Fury’s monologue to the group at hawkeye’s home is slightly trimmed too.

The quirkiness and quips of Ultron seriously undermines the threat he gives off to the viewer so his lines are shortened for a menace effect. I wasn’t able to get rid of as much as I initially hoped because his quipiness is so integraded to his dialog, but I think it is better now nonetheless. I also tried to tinker his voice a little to make it more metallic in parts that sounded too human for my taste.

Also Thor’s cave trip was shortened way too much in original cut, so I have combined the original and ”Norn cave” - deleted scene. The used parts of deleted scene are color corrected to match the rest of the movie to the best of my ability and I somewhat boosted the lightning effects by emphasizing the color highlights. The stereo sound of the deleted scene is expanded to 5.1 sound (or 5.0 really) to match the rest of the movie. Now the scene makes more sense and lets Chris Hemsworth stretch his acting muscles more in the movie itself.

I slapped together a little trailer, not representative of the edit picture quality,cuts or effects wise 😉 :

This edit is not the first one I have done but the first one I feel has a merit to be published. I have learned some skills along the way and I think this fan edit is quite seamless to watch, considering the material available.

If someone is interested, the link for the 10,3 GB MKV version of the movie is availableas as dlc file or separate links, just ask me a link via PM. I can also upload 21,4 GB version MKV if someone want’s it.

The romance between Natasha and Bruce is a very confusing part of AOU, glad to heard someone finally made a fanedit without it.
I would like a copy of this, Please PM me!
Thanks!

Could you send the link?

Thank you for the link Dazman, finished watching it yesterday and all the cuts you made blended perfectly with the scenes. I really enjoyed this edit, the cuts were you made were good by taking away some of ultrons comedic scenes and removing the love interest between Bruce and Natasha made a good movie a better movie.

Always hated the hulk/Natasha romance. Would like a link please.

Yeah, many have reached out to me because of that damn romance in the original cut. 😃 I sent you a PM.

Your edit looks great when I first watched it.

could you dm a link please