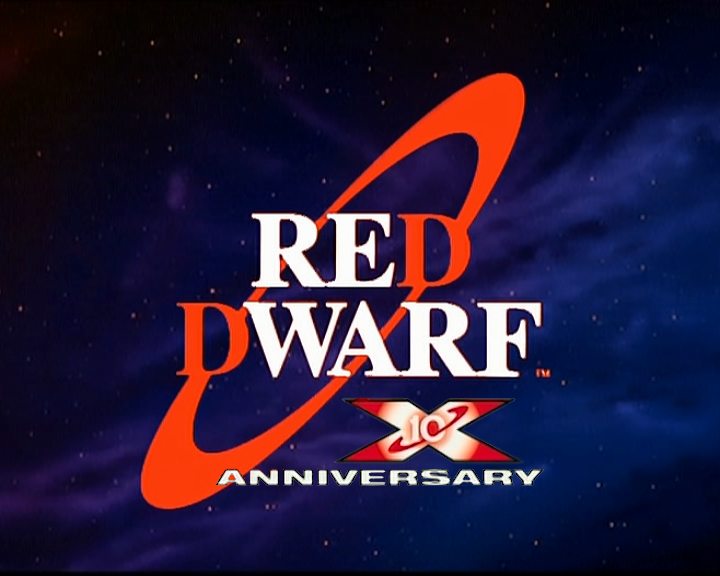 I have been a massive fan of Red Dwarf since the early 90’s. On February 14 1998 I sat up and watched Red Dwarf Night, on BBC2. As I watched the broadcast I was also recording the show onto VHS (remember that?). I watched my recording to death, and around 2004 finally cleared out all my defunct Videos.

Ever since I was kicking myself, until a member over at spleen called N2K7 kindly uploaded his VHS rip as a DVD9. Fantastic as it was to see the recording again, I was frustrated that the 10 Anniversary Red Dwarf Night had never received the DVD treatment. Most of the shows recorded for that evening were later released scattered across the BBC DVD releases. The exception is Universe Challenge, and the Patrick Stewart segments (he was the host for the evening).

I then came up with the idea to use the VHS rip as a template, and replace as much as possible with DVD sourced material. The material that is only available through VHS rip uploads has been filtered corrected and up scaled as best as possible considering the sources.

The aim is to create the best possible version of this evening and then present as a home-brew DVD as a bonus to the official releases. I have edited out the non Red Dwarf adverts, and the BBC presenter VO which on the broadcast was over the BBC2 Skutter Idents. Other than these subtractions, the rest of the evening is presented in the highest quality outside of a future official release.

“On 14 February 1998, the night before the tenth anniversary of the show’s pilot episode broadcast, BBC Two devoted an evening of programmes to the series, under the banner of Red Dwarf Night. The evening consisted of a mixture of new and existing material, and was introduced and linked by actor and fan Patrick Stewart. In addition, a series of special take-offs on BBC2’s idents, featuring the “2” logo falling in love with a skutter, were used.”

“The night began with Can’t Smeg, Won’t Smeg, a spoof of the cookery programme Can’t Cook, Won’t Cook, presented by that show’s host Ainsley Harriott who had himself appeared as a GELF in the series VI episode “Emohawk: Polymorph II”. Taking place outside the continuity of the series, two teams (Kryten and Lister versus Rimmer and Cat, although Cat quickly departs to be replaced by alter ego (Duane Dibbley) were challenged to make the best chicken vindaloo.”

“After a compilation bloopers show, featuring out-takes, the next programme was Universe Challenge, a spoof of University Challenge</span>. Hosted by original University Challenge presenter Bamber Gascoigne, the show had a team of knowledgeable Dwarf fans compete against a team consisting of Chris Barrie, Craig Charles, Robert Llewellyn, Chloe Annette and Danny John Jules.”

“This was followed by The Red Dwarf A–Z, a half-hour documentary that chose a different aspect of the show to focus on for each letter of the alphabet. Talking heads on the episode included Stephen Hawking, Terry Pratchett, original producer Paul Jackson, and Patrick Stewart. Finally, the night ended with a showing of the episode "Gunmen of the Apocalypse.”
wikipedia.org/wiki/Red_Dwarf

I have most of the work done apart from CC of some of the clips and sound. The edit itself is complete and locked. Building of customer menus, and authoring still to be done.