So not sure if this is big news yet but just read about DC's Casting news for Suicide Squad...

and of course, the most important one:

I can't say I've been more excited by a cast for a superhero movie. I have been proven wrong before, like when I learned Heath Ledger would be joker, yea I thought that itself was a joke. 10 Things I hate about you? Really? Long story short, I was proven wrong as Ledger's was the best character ever potrayed in any superhero movie, like ever. (insert Oscar photo)

Jared Leto seems to be a perfect choice for Joker, the definitive gold standard to compare against as far as Batman goes being Mark Hamill's animated version. The guy looks the part and definitely has the acting skill for it, but so did the Shining's Jack Nicholson, so the overall tone of the movie will really determine how good it is.

As far as tone goes, it'll depend on the director. Also a bit surprising.. actually a lot surprising. David Ayer made an awesome Guys movie this year called Fury, I loved it, and have identified my modern day Peckinpah in Ayer, I respect the guy-- he makes edgy brutal movies. Told my girlfriend not to bother watching Fury tho, its one of those Guy's guy movies which is macho to a fault. Well, I hope Ayer (unlike Snyder with Man of Steel) recognizes that despite being antiheroes, this is still a Superhero movie-- people need to have fun and root for the leads.. As much as I like it, I really didn't cheer for anyone in Fury (its hard when you see them stabbing a guy in the eyes while calling him a ******* ****). Doesn't mean it wasn't a good, gritty film. Thing is, I'm not sure if DC needs another dark, gritty film with neck-snapping depressed Supermans. Nolan already did that trilogy. Why not take a hint from Marvel, who are essentially making the same lighthearted superhero film over again and again (other than Guardins of Galaxy-- which was actually something new and great), making people happy, getting decent reviews and making lots of money. 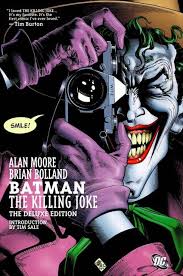