I have a feeling it is all to knock James Cameron to the side. I don't like James Cameron's movies, but I could definitely see why George would get back into the game. He wants to knock Avatar out of the park, and I guarantee he will fail at it.

I would only watch it if it had good names behind it. Nobody with a decent career would touch it, unless they had creative input.

further out in the Star Wars timeline. And by giving space in the timeline, possibly even as far as 100 years or 1,000 years in the Star Wars universe future, Lucas avoids having to make these stories “fit in” with what the previous stories have told.

If this is the route taken, there could be promise. In the end, I don't want to see Hamill, Ford, and Fisher in any Star Wars more films. Indy 4 was full of "look who it is" moments, and it ruined it. NEW CHARACTERS, NEW CHARACTERS.

Just something tells me, he is going to bring back everybody's favorite characters to attract viewers. Yeah, I would go see it, but that doesn't mean I will like it.

GET RID OF RICK BERMAN!!! And hire a real professional 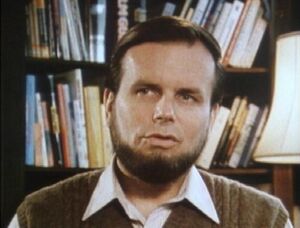 Ehm ... Rick Berman is the Star Trek guy, not the Star Wars guy

EDIT - sorry, I really should read the whole thread before answering :-)