The Jedi teaching that we get in the first 6 films are all based on avoidance. 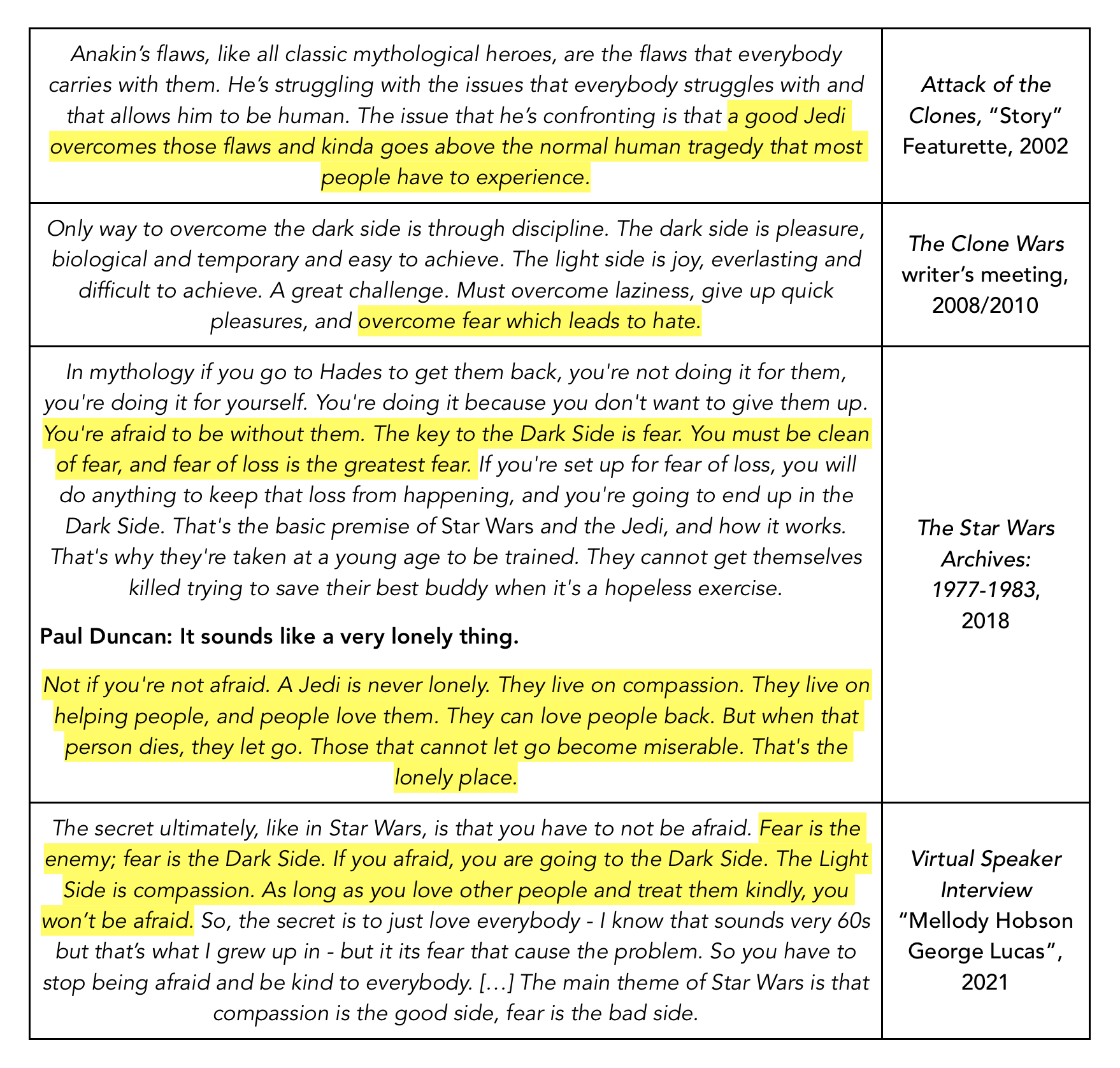 “…overcome fear which leads to hate”. Oh, it’s almost like a Jedi needs to face their fear and overcome it. Not avoid it.

Yoda saying “Once you start down the dark path…” is not saying “Once you feel fear once, you’l; be on the dark side forever.” That’d be ridiculous, especially considering Yoda admits he’s afraid for Anakin’s training at the end of Phantom Menace. It’s saying, “Once you turn to the dark side, you’ll never be able to turn back.” Which is true, for the most part. Sidious never turned. Maul never turned. Dooku never turned. Vader only turned because of his son. Even his wife and master couldn’t convince him to turn. If it weren’t for Luke, the dark side would forever dominate his destiny. Yoda is making a generalization.

A big part of the path of the Jedi is about confronting your fears and overcoming it. It’s what the scene with Kanan and the temple guards is about, in Rebels. The Ithorian youngling getting his kyber crystal (overcoming his fear of the scary cave) in The Clone Wars. Yoda overcoming Dark Yoda in The Clone Wars. It’s why Yoda told Luke to go into the dark side cave on Dagobah in The Empire Strikes Back. Because he knew Luke would see what he’s afraid of. He needs to face it and overcome it. If Jedi’s relationship with fear was avoidance, he would’ve told Luke not to go in there.