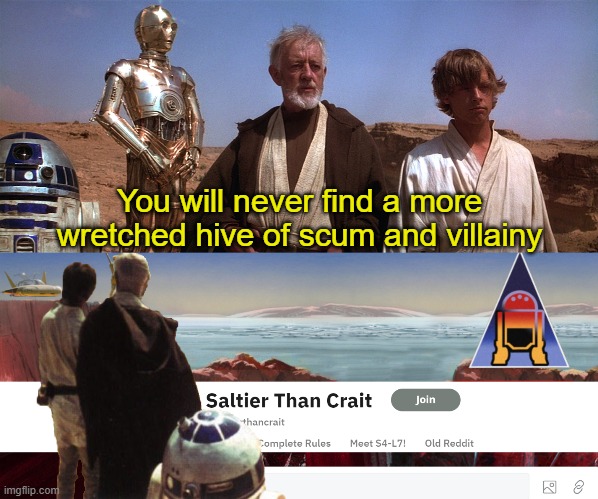 I don’t like any Star Wars subreddits, but I think STC is one of the less bad ones, mainly because of how hostile other subs are towards any criticism. STC does have its problems, though. They’re still naive a lot of the time, desperately hoping that the next Star Wars product will somehow be an improvement. And they tend to stan the prequels and Rogue One a bit too much, and react negatively to criticism of those movies, which is hypocritical given why the sub was started in the first place.