RE: Why doesn’t Ben kill a defeated Vader?

Jedi Knights are honourable and chivalrous. Killing an opponent in a duel is one thing, but killing a vanquished fallen opponent is something entirely different. That is an execution.

We already see that when Anakin ‘executes’ a defeated Count Dooku. It is a wholly evil thing, and not the Jedi way.

Plus, trauma, shock and disgust. That much was evident from his reaction to Vader’s taunts. He wasn’t ready to see or hear that, even if it brought closure.

With the Jedi being inspired by samurais, I’m also sure he knew it would be more humiliating for Vader to crawl back to his shuttle in that state, rather than being killed in combat by his former master.

Mmm, what to do? Kill this mass murdering psychopath, who will undoubtedly continue to murder and maim, snapping the necks of innocent men, women, and children? Or humiliate the hell out of him by letting him crawl back to his shuttle? Easy choice really:

“Ze humiliation will be unbearable!” 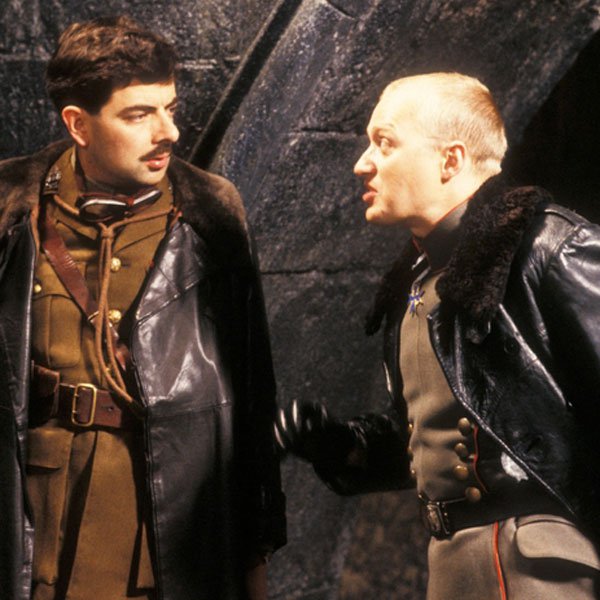 It’s no different than every single James Bond villain informing their nemesis of their grand plan, only to leave him alive so he can make his escape and foil it. Or elderly Obi-Wan somehow thinking that lying through his teeth to manipulate Luke will make him want to become a Jedi and confront the Emperor. Even if Obi-Wan’s story about Vader killing Anakin only became a lie retroactively, people have been clutching at an explanation for decades.

If you’re expecting writing better than THAT from Star Wars, you were probably going to be disappointed no matter what Obi-Wan Kenobi did. The bad guys are very bad, and they wear evil, black robes and threatening helmets to denote that, and the good guys are very good. It’s never been a particularly well-written franchise, IMO. And I say that as someone who loves the OT dearly, but the visual effects, the music and the acting have all stuck with me more than the scripts.