“Early on, it was that Anakin had been more or less created by the midi-chlorians, and that the midi-chlorians had a very powerful relationship to the Whills [from the first draft of Star Wars], and the power of the Whills, and all that. I never really got a chance to explain the Whills part.”

George did the have the chance to explain the Whills. He simply chose not to.

As others have said, George had three whole Prequel films to explain this, but he stopped at a bad and ham-fisted explanation of “midichlorian XP counts” in TPM instead.

Who is Anakin’s father?

I prefer the earlier ROTS script from George that had with Palpatine being Anakin’s father: 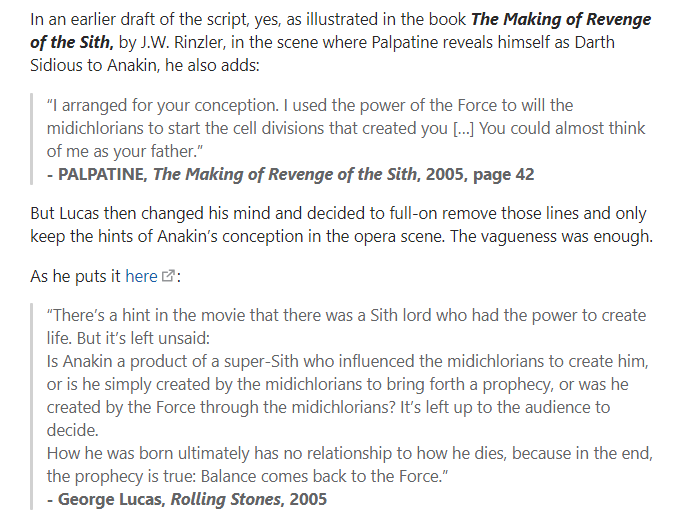 a link to the above Rolling Stone piece from 2005:

“In an early draft of Revenge of the Sith, Darth Sidious reveals the truth about Anakin’s father”: 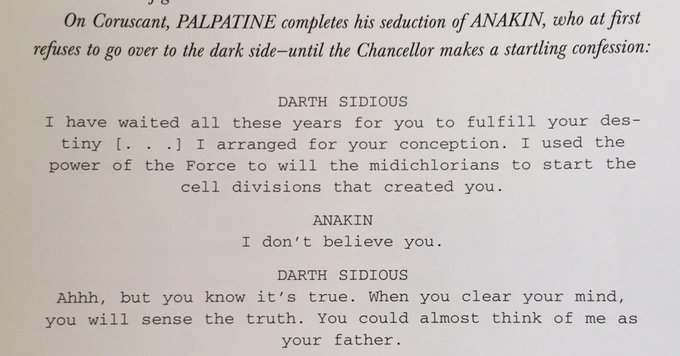