More stuff unique to the Holiday Special.
Here are some frames from original Star Wars footage used in SWHS that aren’t present in 4K77 or D+77:

Around 19s in is a frame that was replaced with “flash”/white frame in Star Wars: 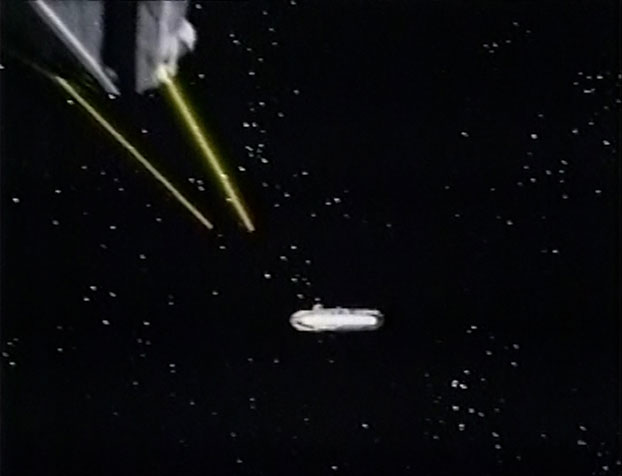 Thanks to 13las’s suggestion, the frame above (and plenty like it) was found in the 1985 Pan & Scan laserdisc.

The three other frames were also located: there was a repeated shot TIE shot from approximately 1 second before where I was looking.