^ That’s all very well, Mala. Though how can you put Star Wars behind you… not knowing your true feelings and rankings for the one and true Prequel Trilogy - the Holiday Special, Caravan Of Courage and Battle For Endor?!

For ranking those I’m waiting to watch them as they have always been intended, ie as a “Jedi supercut” (ROTJ + The ewok movies) and a “Death Star Supercut” (Rogue One, ANH and the Holiday special): when they exist in their final form just ping me 😃

I’ll still watch the new tv series beig released because they mostly are quite entertaining and kinda fun; just saying that after trying one last time the ST - with ery nice fanedits: starligh, legendary and ascendant, which represent almost perfect cuts of each entry - I’m a bit burnt with it and I’l leave to rest for a hile the original hexalogy; I have seen them so many times I need to wait a few years before revisiting them.

I look forward to that ‘Death Star Supercut’ one day, too.

I would have mentioned 2008’s theatrical The Clone Wars film, but… 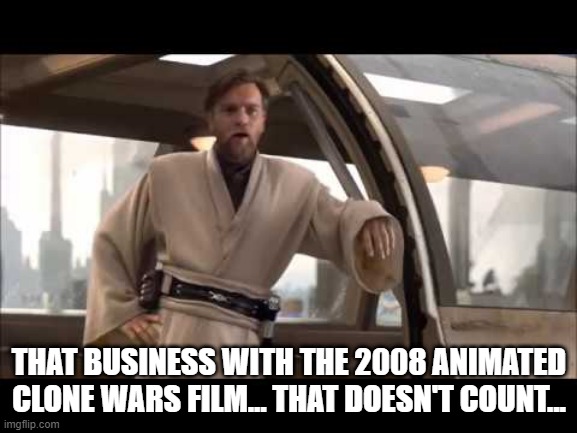