The Star Wars At A Glance posts are particularly intriguing/illuminating here (specifically the end of the Y-Wing post, the B-Wing post, and “Unsung Heroes of the Battle of Endor”). You have to wonder if the elimination of Vivienne Chandler from the film is a result of Black Friday (and not having enough time to re-do all the effects for her role), or maybe her performance wasn’t that good (see also: Dermot Crowley’s reduced role as Crix Madine), or if the Battle was just way too long and bloated. Unfortunately, it’s probably impossible to discern the truth as it may be a mixture of the effects & bloat (like why they cut Jerjerrod’s moral dilemma).

Yep, unfortunately it seems we’ll likely never know - unless one or more of the effects crew spills more details on the ‘Black Friday’ story - though hopefully there is more information somewhere out there too…

I wasn’t going to mention deleted scenes with Crix Madine, the Rebels of the Falcon, or the Moff Jerjerrod dilemma scenes in here for that reason - they could simply be regular ‘cut or alterative scenes’ - as there are more any other feature film.

However, as I’d already put together some content on them whilst looking for ‘Black Friday’ content, here goes… 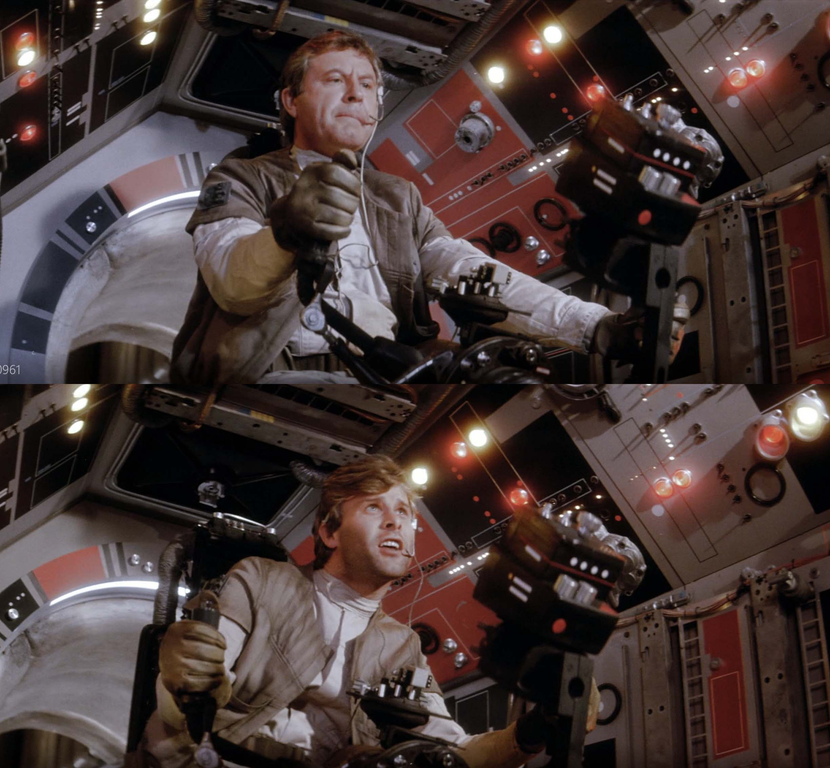 An interview with Trevor Butterfield - the actor playing ‘Lt Blount’ - the younger of two Rebel soldiers manning the turret guns on the Falcon at the Batlle Of Endor:-

If I can find an interview with Michael Stevens - the actor playing ‘Airen Cracken’ - the older Rebel soldier manning the turret gun on the Falcon I’ll add it up here (if anyone knows of any such interviews please post them up and I’ll add them here - thank you).

https://starwarsinterviews.com is a very useful and informative website - with many interviews with the lesser known cast, and also some of the crew working on the Original Trilogy films.

As can be seen in the previously listed ‘Return of the Jedi (Deleted Scenes)’ 20 minute youtube video, around 15 minutes and 30 seconds into the video… there are also Rebel soldiers running around the Falcon… two of them, as above, man the turret guns. Whilst others, carry parts around the ship to help maintain it, bring the power back on, and put out fires etc. Yet others, with their rifles, are seemingly running around preparing for small arms battle? (or maybe deployment into one?)

As can be seen in the previously listed ‘Return of the Jedi (Deleted Scenes)’ 20 minute youtube video, the character of Crix Madine appears to have an originally larger role at the Battle Of Endor (approximately 18 minutes into the video).

Obviously we’ll likely never know for sure whether this is due to ‘Black Friday’ - or just scenes cut from the film, or as an alternative take - as happens with near-on every feature film.

(It possibly could be an alternative to Admiral Ackbar’s scenes give the striking similarities of the bridge set used for the ship(s)?)

An interview with Dermot Crowley - the actor who played Crix Madine:- 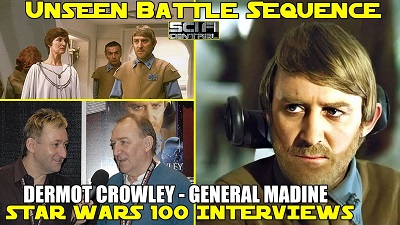 www.youtube.com/watch?v=NhtRwrlqmRE - a 2 and bit minute interview at the Star Wars 100 Interviews youtube channel. 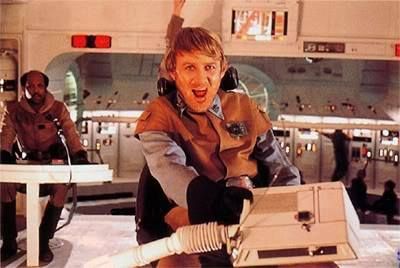 ^ a rare image of Madine celebrating the Rebel victory… or maybe the actor had finished shooting his scenes for the day? 😉

www.youtube.com/watch?v=Cf_aLpDMf1U - 30 seconds into this video for the rarely seen alternative story with Moff Jerjerrod…

From the previously listed ‘Return of the Jedi (Deleted Scenes)’ 20 minute youtube video, around 7 minutes and 20 seconds into this video… are the deleted scenes with Moff Jerjerrod, played by actor Michael Pennington.

Some behind the scenes information to the script changes involving Moff Jerjerrod (but unlikely to be anything do do with ‘Black Friday’) can be found, here:-

An interview with actor Michael Pennington on his role as Moff Jerjerrod:-

A few fan editors have attempted editing the deleted scenes with Moff Jerjerrod, back into the ROTJ story. A couple here:- 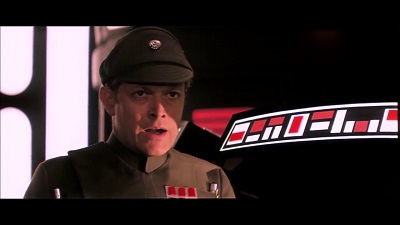 www.youtube.com/watch?v=UYwHoZbZGzg - a 4 and a bit minute video at the editingsithlord youtube channel. 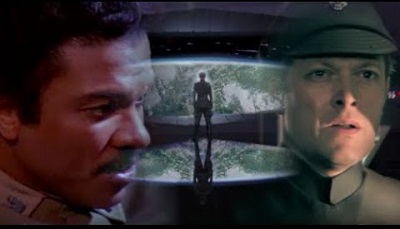 There are also some fan reconstructions of the earlier deleted scene with Vader temporarily choking Jerjerrod:- 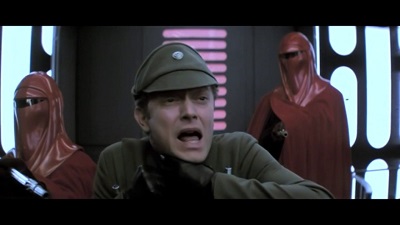