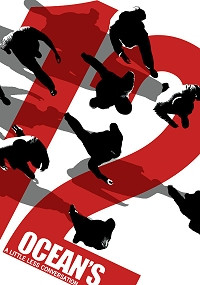 Brief Synopsis:
Tony Benedict receives a tip from the Night Fox fueling his revenge on Danny Ocean and his team.
Intention:
Ocean’s 12 feels a bit off when compared to the magic that is the first and the good film that is the third installment. Much of this is due to extended scenes with awkward dialoguue that doens’t add to the flow and a very non-linear approach to the narrative flow of the film. The main intention of this edit is to make Ocean’s 12 feel more like Ocean’s 11 & 13 by removing some of the scenes that go on too long, rearranging the out of sequence shots, removing the visual back story of Rusty and Isabel, removing Bruce Willis as a character and just tightening up the overall feel of the movie.
Other Sources:
Stock footage of the Bellagio
Ocean’s 11 soundtrack
Special Thanks:
MusicEd921 for inspiring me to try and remove Bruce Willis
That One Guy
lapis molari
addiesin for reminding me about vocalremover.org; this made the Bruce Willis removal much smoother
My family who puts up with this hobby

At first this edit was pretty straightforward, two video channels (one for the logos at the beginning and the other for the main video track) and a straight 5.1 surround channel mix. Then as always some ideas were floated that I just couldn’t resist trying out (looking at you MusicEd921) that required some pretty extensive audio work. Sources of the soundtrack are extended into and out of scenes to make the transitions smoother and give it that Ocean’s feel.
Cuts and Additions:
+Add FE Logos
+Extend intro music
+Move Benedict receiving call from the Night Fox to the beginning of the film
-Removed Danny at the bank
-Removed Tess and the painter
-Removed the team’s intros with Benedict
-Removed Linus talking to Rusty on the airplane
-Removed Linus talking to Reuben
-Removed meeting with Matsui (we don’t really need to see it and it’s just odd and we don’t learn anything from it anyway, Danny and Rusty share the info after the meeting)
-Music replacement during Rusty and Danny’s explaination of the Van Der Woude job
-Tightened up the group talking freaking out about the take on the Van Der Woude job
-Removed Linus’s “freak” speech
-Rearranged scenes so the van der Woude job is continuous for the team
-Rearranged and trimmed scenes so Isabel’s investigation of the van der Woude job is continuous
-Removed Reuben and Livingston’s converstation waiting at the train station
-Color corrected teh scenes with Nagel to be less yellowish green
-Removed static “Rome” scene
-Edited audio of Isabel talking to Maricio about the 1077 to make the transition smoother as well as make the conversation move a bit faster
-Slight edits when Roman is showing the hologram
-Trimmed scenes when they enter the motel with Tess as Julia Roberts to remove all direct shots of Bruce Willis
-Reworked voice over scenes of the team freaking out while Danny and the team are in jail talking about odds of the rest of the team getting the egg
-Added stealing the Pinch music during the egg heist
-Trimmed all shots to remove direct shots of Bruce Willis
-Reworked and trimmed up Isabel approaching team to remove direct shots of Bruce Willis. He’s now just a museum chauffeur
-Slight trims to Isabel and LeMarc reunion and Rueben and Benedict’s final talk
-Cut “Monday Night” ending
-Movie ends with the Night Fox looking in the window after Reuben tells Benedict that they won’t be involved with anyone trying to steal from him
+Added Fanedited by to credits
+Added Elvis’ A Little Less Conversation to the ending credits
+Added Logos to end of credits