Nazi occupied Minsk during the early days of WWII.
The Wehrmacht overwhelms the territory causing the populace to flee to the wilderness (where they are never found!) or stay in the city to work as labor.

The plot is cynical and wise.
The regional commander, the gauleiter, is at odds with the SS commander.
The latter wants to kill as much of the population as he can, the former wants them alive as forced labor.
Likewise with the Soviet resistance, under orders to assassinate the gauleiter.
They would prefer to destroy a supply train (more damage, less reprisals), but one does not disobey Moscow.
Nice production values in this ten parter offset by hammy, melodramatic acting.
Specifically from the women, who were apparently directed this way, which I cannot fathom.
They gush, swoon, over-emote.
Or they can-can to entertain German officers. 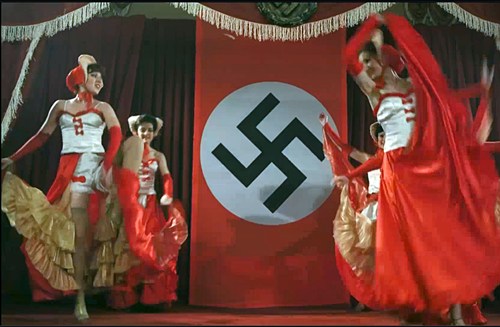 In Russian and German, though the German is hideously overdubbed in monotone Russian.
Generally useful to view another take on history.