you’re somehow fine with it in Civil War, Logan and Infinity War.

Why would you just assert that

I’ll give you a hint: people compare Rey to Anakin and Luke in “Mary Sue” discussions.

People do that because there’s, like, a lot of overlap between them. You know, being part of the same series and such. Hell, that isn’t even a really good argument anyway, because maybe they do think Anakin and Luke are Mary Sues, too. You can’t assume that they don’t.

If someone said Rey was a Mary Sue and I responded by saying “Uh… why are you okay with Mellori from Wizard101??? She’s no different from Rey!!” Okay, maybe they are okay with Mellori. Maybe they’re not. Chances are though the reason they’re not talking about Mellori is because she’s not remotely relevant to Star Wars. There’s a very high likelihood that they don’t even know who tf Mellori is, which turned out to be the case with Servii and Civil War, Logan, & Infinity War… he’s not an MCU/X-Men fan and doesn’t know or care about whether or not X undoes Y’s accomplishments in those movies.

Why are you even defending this? You asserted Servii is okay with something in movies he’s never seen, without any reason whatsoever to think he felt anything one way or another. It was a ballsy as hell thing to do and, shockingly, you turned out to be dead wrong.

Star Wars was a mistake. Just, the whole franchise was a mistake. I side more with TestingOuttheTest, but I stand by regretting the existence of this godawful franchise.

Am I a hypocrite for posting this? 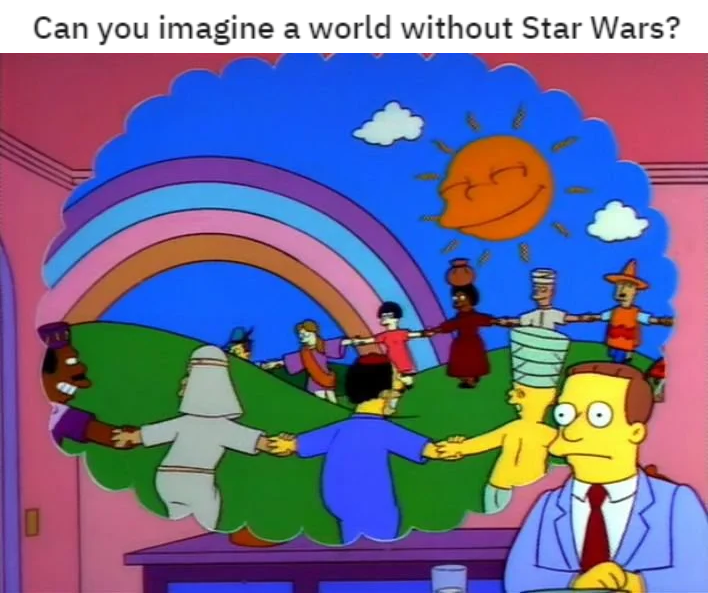