The only Universal Studios classic horror film to be in the public domain, and also one of the most complicated production histories in film history. I’ve included both the 1925 and 1929 re-release (with some technicolor sequences), but there were several more versions made, some lost, some partially recovered, and even the official ones are a patchwork of different versions. 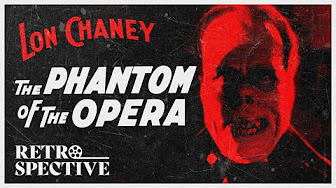 Trivia:
The film remains most famous for Chaney’s ghastly, self-devised make-up (not pictured in the thumbnail above, that’s an opera mask), which was kept a studio secret until the film’s premiere. Moviegoers in 1925 reportedly fainted upon seeing the disfigurement makeup during the famous unmasking scene.