The so-called “Russia’s answer to 2001”. A somewhat unfair comparison as the two films are night and day. In true fashion to director Andrei Tarkovsky, his sci-fi masterpiece isn’t really a sci-fi film at all, but, like Stalker, a serious exploration of the human condition. 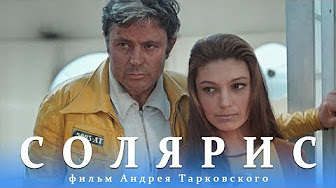 Synopsis:
A psychologist is sent to a station orbiting a distant planet in order to discover what has caused the crew to go insane.

Trivia:
Solaris was one of the favourite films of famous American director Stanley Kubrick. The appreciation, however, wasn’t mutual and Tarkovsky supposedly made Solaris in an attempt to one-up Kubrick after he had seen 2001: A Space Odyssey,
a film which he referred to as “cold and sterile.”