I got the chance to see this film for the first time in the theater recently, and although it’s about as slow a movie as you can get, and it definitely isn’t for everyone, it’s one of those films that stays with you for days. 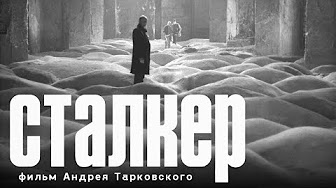 Synopsis:
A guide leads two men through an area known as the Zone to find a room that grants wishes.

Trivia:
• Stalker was Andrei Tarkovsky’s final film made in the Soviet Union before his defection.
• Several people involved in the film’s production, including Tarkovsky, died from causes that some crew members attributed to the film’s long shooting schedule near a toxic chemical plant.