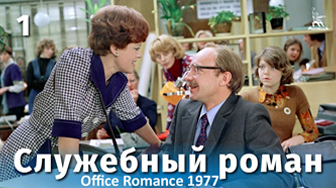 “Office Romance” is about what love can do with the boss, Mymra Kalugina, and with the muffled subordinate Novoseltsev, a single father who has two children: “a boy and … another boy.” And also, what will Kalugina’s deputy, Kalugina’s secretary, Novovseltsev’s friend and Shura’s social activist say about this. A brilliant comedy by Eldar Ryazanov.

Ranked 19th in attendance among domestic films in the entire history of Soviet film distribution; the best film according to the survey of the magazine “Soviet Screen” in 1979.