Before co-creating and starring in The Prisoner Patrick McGoohan played “Drake, John Drake”, and no that is not a James Bond reference, this show predated the Bond franchise by almost two years. Ironic, considering how it’s now largey remembered as a “Bond Fever” cash-in. 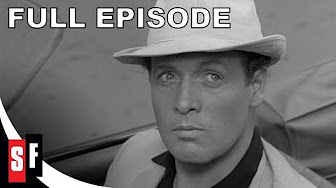 Synopsis:
Agent John Drake goes to the seaside resort of Portmeirion while investigating the murder of a banker.

Trivia:
The show’s original UK title was Danger Man. It was retitled as Secret Agent in the United States, and Destination Danger and John Drake in other overseas markets.