I discovered this show quite recently and it’s already become one of my favourites. As with many movies and TV shows in the 60’s, this was initially an attempt to cash in on “Bond Fever”, but it’s unique blend of sci-fi, avant-garde film techniques and anti-authoritarian themes made it one of themost memorable TV series of all time. 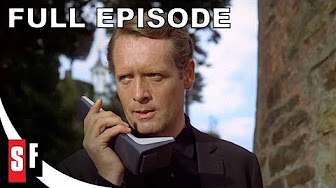 Synopsis:
After resigning, a secret agent finds himself trapped in a bizarre prison known only as The Village.

Trivia:
• Some sources indicate leading man Patrick McGoohan was the sole or primary creator of the show.
• An officially licensed novel based on The Prisoner, published in 1969, refers to Number Six as “Drake”, implying that Patrick McGoohan’s character in this series is the same as in his previous show Secret Agent (originally titled Danger Man in the UK).