I’ll start off with the first episode of Gerry & Sylvia Anderson’s Space: 1999. 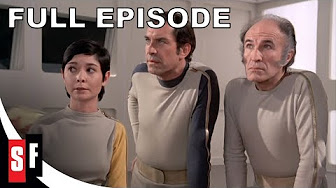 Synopsis:
Commander John Koenig, the new commander of Moonbase Alpha, leads the investigation of a mysterious disease at the station and uncovers evidence of a far greater looming disaster.

Trivia:
The show was originally conceived as a new season of Gerry & Sylvia Anderson’s UFO (1970). Consideration had been made to produce the series in Hollywood, but it was decided Britain would be more cost-effective.