Although Superman is as far from the public domain as a fictional character is likely to ever be (except for Mickey Mouse perhaps) the first cartoon serial from 1941-1942 is however, as are a lot of the work by Fleischer Studios (like the Gulliver’s Travels feature I already posted). This series is perhaps most well remembered nowadays as the main inspiration for the retro style of Batman: The Animated Series in the early 90’s. 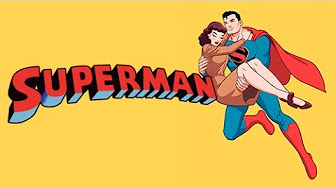 A compilation of all the Superman cartoons produced between 1941 and 1942.

Trivia:
The series was originally produced by Fleischer Studios, which completed the initial short and eight further cartoons in 1941 and 1942. Production was resumed in May 1942 by Famous Studios, a successor company to Fleischer, which produced eight more cartoons in 1942 and 1943. Superman was the final animated series initiated by Fleischer Studios, before Famous Studios officially took over production.