As you can tell from all the films posted above, the public domain is disproportionately represented by horror and thrillers, however there are a few notable lighthearted films as well.

The first American animated feature film, Snow White and the Seven Dwarfs, is about as far from public domain as most films are likely to get, but the second is not. 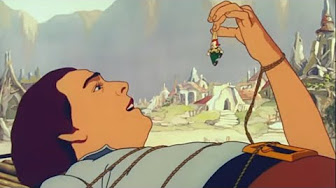 Synopsis:
A doctor washes ashore on an island inhabited by little people.

Trivia:
The Fleischer Studios’ first feature-length animated film, as well as the second animated feature film produced by an American studio after Walt Disney Productions’ Snow White and the Seven Dwarfs, as Paramount had commissioned the feature in response to the success of that film.