Now this is a fascinating film. It’s essentially the first post apocalyptic zombie film, that is, except for the fact that the modern concept of zombies hadn’t been invented yet, so in this film a nuclear apocalypse creates a society of vampires–sensitivity to sunlight, garlic, and all. They are however more slow moving and “zombie-like” in the film than the original novel. 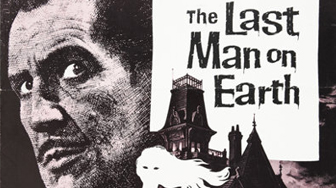 Synopsis:
When a disease turns all of humanity into the living dead, the last man on earth becomes a reluctant vampire hunter.

Trivia:
The first of three adaptations of the 1954 novel I Am Legend by Richard Matheson, the second being The Omega Man (1971) starring Charlton Heston and the third in 2007 starred Will Smith and kept the original title.

And the colourized version if you wish to dabble in such things:
https://www.youtube.com/watch?v=-MGssnLkVGI