Since a lot of zombie film milestones are in the Public Domain I figured I’d post three of the most important films in the genre, starting with the first feature length film to ever use the word “zombie.”

Now White Zombie is by no means a great movie, but it’s still considered a classic among many horror fans due to Bela Lugosi’s hypnotic performance as well as it’s similarities and ties to the production of Dracula made barely a year prior. The film also has a reputation among heavy metal fans as Rob Zombie’s borrowed the title for the name of his band in the 1980’s. 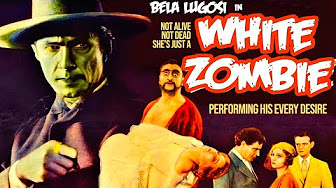 Synopsis:
A young man turns to a witch doctor to lure the woman he loves away from her fiancé, but instead turns her into a zombie slave.

Trivia:
Large portions of the film was shot on the Universal Studios lot, borrowing many props and scenery from other horror films of the era.

And the colourized version if you wish to dabble in such things:
https://www.youtube.com/watch?v=B8D1HzrMp98