This is a Star Wars forum after all, so I figured a PD film starring both Peter Cushing and Christopher Lee would be of some interest.

This film is the perfect blend of basically every shlocky concept you could possibly find in a post-Hammer horror film, and the plot is utterly bonkers. Yet somehow it all works surprisingly well. Also, despite having starred together in several horror films at this point, this is the film were Peter Cushing and Christopher Lee shared the most screen time. 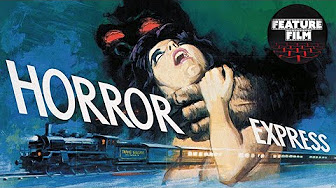 Synopsis:
While travelling on the Trans-Siberian Express, an anthropologist and his rival must contain the threat posed by the former’s cargo: a prehistoric ape which is the host for a lifeform that is absorbing the minds of the passengers and crew.

Trivia:
The film is loosely based on the novella Who Goes There? by John W. Campbell Jr, which was also the source material for Howard Hawks’ 1951 RKO feature film The Thing from Another World and John Carpenter’s 1982 remake The Thing.