Does anyone have any ideas what this is? (Or rather what it would have been?) 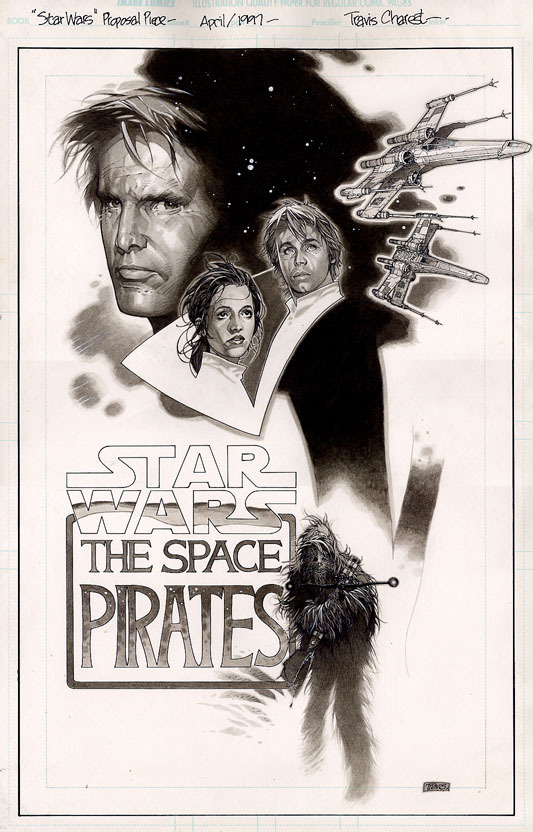 Neat! Never seen this before!

A quick google search for the artist makes me think it was a Dark Horse comic that never happened for some reason.
https://starwars.fandom.com/wiki/Travis_Charest

Apart from Luke looking a little bit wonky, I think the overall piece looks really cool and I love the retro sci-fi simplicity of “Space Pirates”. It reminds me of a book from the early 60’s I recently bought simply called “Space Vikings.” It’s the kind of pulpy sci-fi/fantasy I wish SW did more of nowadays, and now I really want to know what this comic would have been.

I saw someone in a comments section say that they thought older James Earl Jones’ voice for Vader (in Rogue One and Rebels) was somehow even more intimidating than the original voice. It’s a take I’d never seen before. Does anyone else think this?

I never really thought about it and just took it as a fact of life that Jones sounded older, but I can see the logic behind the argument. Jones’ voice isn’t as sharp and loud as it used to be, but in RO, and especially Rebels, it does have a very slow and gravelly quality to it that is a fair bit different to what we’ve gotten before. It has definitely given a subtly different quality to the more intelligent, scheming side of Vader, but I don’t think his angry or raging moments would work as well as the OT with Jones’ current voice. So I’m not sure if I’d personally go as far as saying its more intimidating, but I do think it still works really well and I disagree with the argument that Jones now sounds too old to properly play Vader.